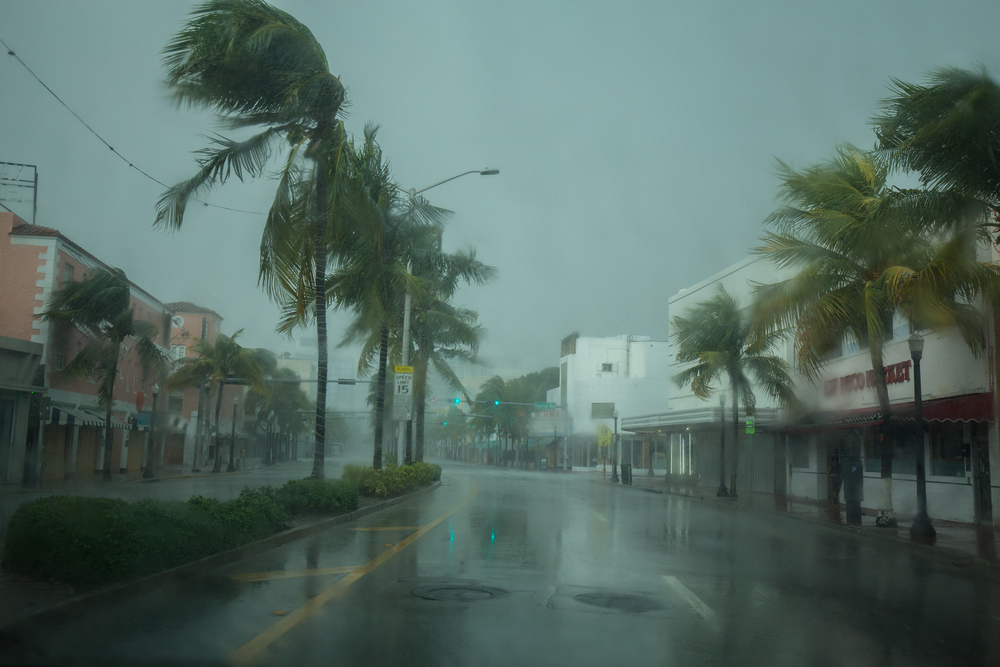 Wind speed in Miami-Dade County, Florida, was forecasted to be close to 130 mph, when on Thursday, Sept. 7, County Mayor Carlos A. Giménez issued a mandatory evacuation order for all of zones susceptible to storm surge (Zones A, B and areas of Zone C).

Once the tropical storm force winds began hitting the area, it would no longer be safe for anyone—including emergency personnel—to respond. On Friday, the Miami-Dade Emergency Operations Center (EOC) issued the third in a series of safety advisories: Get ready to ride out Irma. A hurricane warning was in effect.

By Sunday morning, Irma made landfall at Cudjoe Key as a Category 4 storm. Sustained wind speeds at the time were estimated at 130 mph. Throughout the day, tropical storm force winds with gusts up to 109 mph wrapped around buildings, toppled trees, and swept abandoned streets in the Miami metro area. Miami International Airport reported gusts in excess of 94 mph.

Somewhere, between the wind and the rain, the advisories and evacuations, a couple within the city of Miami, although outside the mandatory evacuation zones, was getting ready for the birth of a child.

Maybe the timing would be right. Maybe the baby would wait until after the storm.

At 3:30 a.m. on Sunday, the City of Miami Department of Fire-Rescue communication center received the first of the couple’s two calls. The mother was having contractions. The EMD told her to gather certain materials such as blankets, shoelaces, and scissors and to call back if the situation changed.

Two hours, her water broke—delivery was imminent. The wind speed had picked up to dangerous levels. When fast-moving air hits a side of something solid like a fire engine or rescue, the air transfers momentum and the force can push over the vehicle.

“Our resources are top heavy,” said Assistant Fire Chief of Communications Arturo Gomez, who had been at the communication center since early Saturday. “High winds can turn over our vehicles and harm our responders.”

The hazards dictate policy, and agencies generally stop responding at 39 mph—minimal tropical storm force winds—to 45 mph.2 City of Miami Fire-Rescue allows the captains some leeway. Irma was still offshore, but the storm was so big, the bands so wide, they were feeling the storm in Miami-Dade County.

“The winds were picking up,” Gomez said. “The rain was coming down heavy. They couldn’t get out there.”

Fortunately, The City of Miami Department of Fire-Rescue uses the Medical Priority Dispatch System™ (MPDS®). The EMD on the second call—at 5:30 a.m.—provided PAIs for childbirth and delivery and patched in on the phone call an OBGYN doctor from the local hospital. As Gomez said, “Dad was ready to make the catch.”

The baby was born while the wind outside howled, snapping power lines, knocking out transformers, and shutting power for 80 percent of the residential homes and businesses.

At 7:45 a.m., winds had not subsided, but responders were dispatched and transported mom, dad, and baby to the hospital.

The couple represented one out of 1,400 emergency calls EMDs from the City of Miami Department of Fire-Rescue answered from Friday morning to Monday afternoon. Gomez said he takes his hat off to his dispatchers.

“It goes to show what an amazing job they do when something like this happens,” he said. “A hurricane and a baby: It’s an incredible story.”