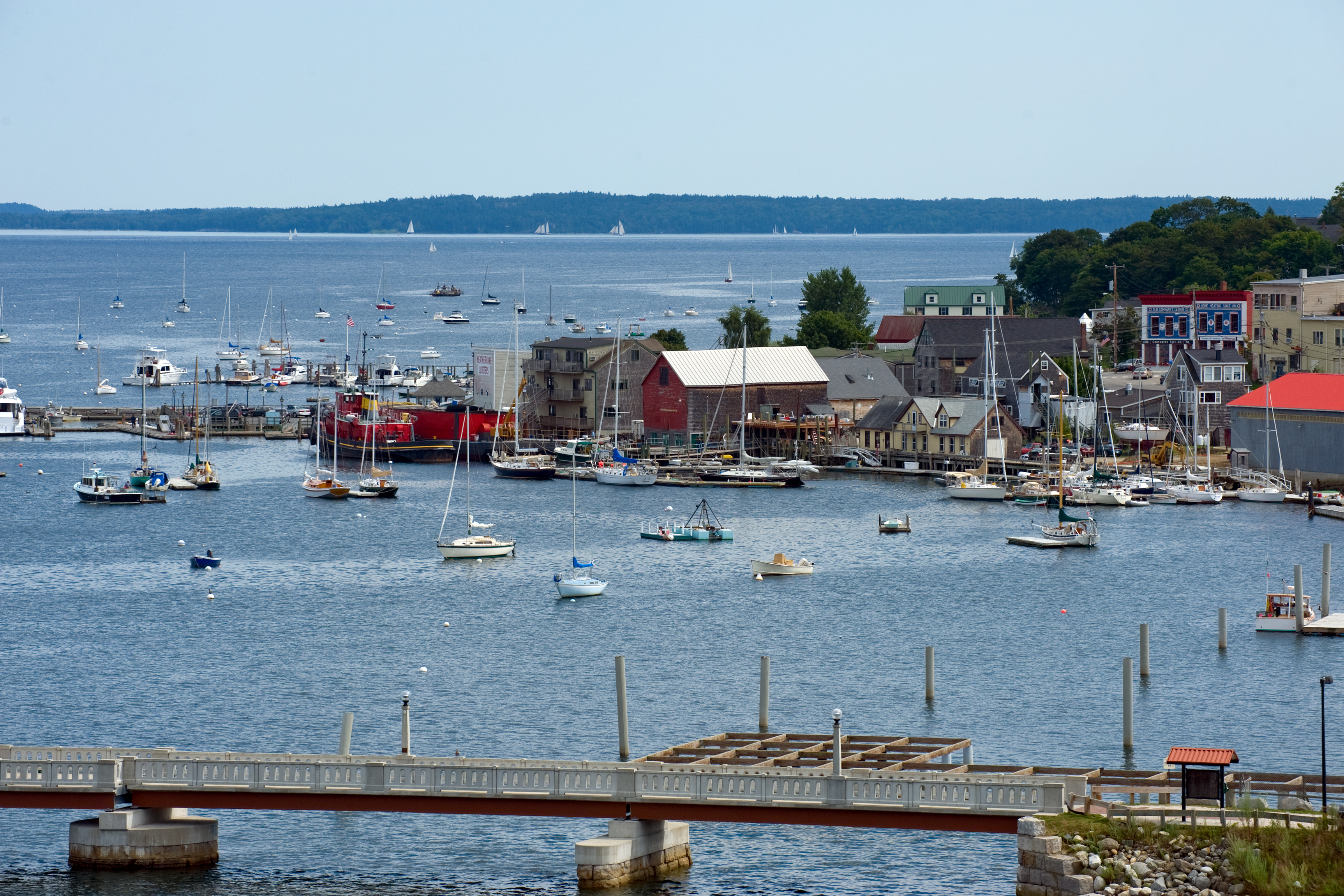 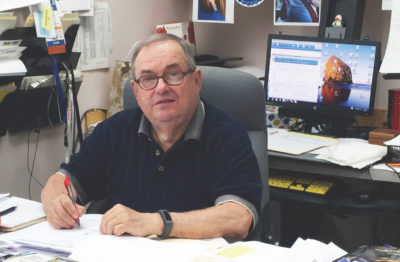 No one would say Owen Smith is an introvert.

He was a Belfast (Maine, USA) police officer from 1973–1988. He worked his way up to general manager during the 20 years he spent with a printing business and sold cars for three ½ years.

“I like people,” he said. “I like being around people. Yeah, you could say I’m a people person.”

In June 1994, Smith applied for an emergency dispatch job at Belfast Police Department, and that’s where he stayed until, in November 2000, he submitted his application to the newly created WaldoCounty Regional Communications Center. He’s been the center’s first and only director for the past 16 years.

The “people” priority was a major factor in his selection as Director of the Year by the Maine chapter of the National Emergency Number Association (NENA), and it’s why Smith was nominated in the first place.

When not at work, Smith is just as likely to schedule dinner with former co-workers as he is to participate in a community project, stop by to chat with dispatchers, or attend a Maine chapter meeting of NENA.

“He cares a lot about us,” said Elizabeth Daggett, Supervisor. “He makes sure we stay happy and healthy. He cares about what’s going on in our lives. He knows exactly what we’re going through at our jobs.”

Waldo RCC uses the Medical Priority Dispatch System (MPDS), and Smith keeps his EMD certification current just like the 16 EMDs and supervisors. He takes the Journal Continuing Dispatch Education (CDE) quizzes, attends seminars, and rotates his staff through the annual state NENA conference. He is a Q. The consoles are ergo friendly, and the stand-alone dedicated PSAP has windows looking out into trees.

“I’ve always said you’ve got to walk in someone’s shoes to understand, and that’s what I’ve always tried to do,” Smith said.

“We wanted him recognized for what he does for us at the center,” Daggett said. “We spend more time here than we do with our families at home, and he understands that. He has made us into a dispatch family.” 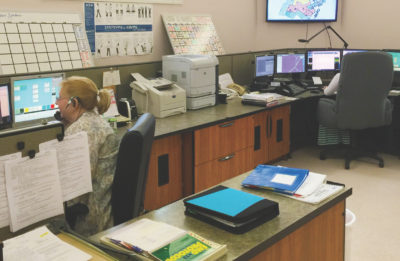 Daggett is keeper of the obscure holiday calendar. In May, for example, staff members celebrated Reese’s candy day while, during the same month, they were still picking up pieces of red and green glitter spilling over from Christmas. Entries into the chili cook-off or macaroni and cheese bake-off are assembled at home and reheated in the center’s toaster oven. Smith gives chargers and water bottles for National Public Safety Telecommunicators Week. A phone program instituted to check on the welfare of older residents living alone evolved into more of a buddy program at the discretion of dispatchers.

“It’s a thing we started to let people stay in their homes longer,” Smith said. “If we don’t hear from someone, we send the police to check. We’ve saved a few lives by doing this. We got started with a grant, and a couple years into it, dispatchers got the idea of making gift baskets for the Christmas holiday. We serve dinner and get to meet the families.”

The job’s not all fun and games. Waldo RCC is not immune to issues facing emergency communication centers worldwide. There are budgets, policies to enforce, and the demands of balancing 16 type-A personalities.

“Like I tell new people, the biggest part of the job is making me look good,” he said with a laugh. “I joke, but I do work hard to make it work.”

Smith said he has no plans to retire and downplays the workaholic image his schedule might imply. He’s certainly not out to impress anyone; he’s been around too long for that. The NENA award, he said, was humbling, especially coming from the people he sees day in and day out.

“It’s about dispatchers, about who we are and what we do,” Smith said. “I love the job. I love the profession. I took the opportunity and have never looked back.”