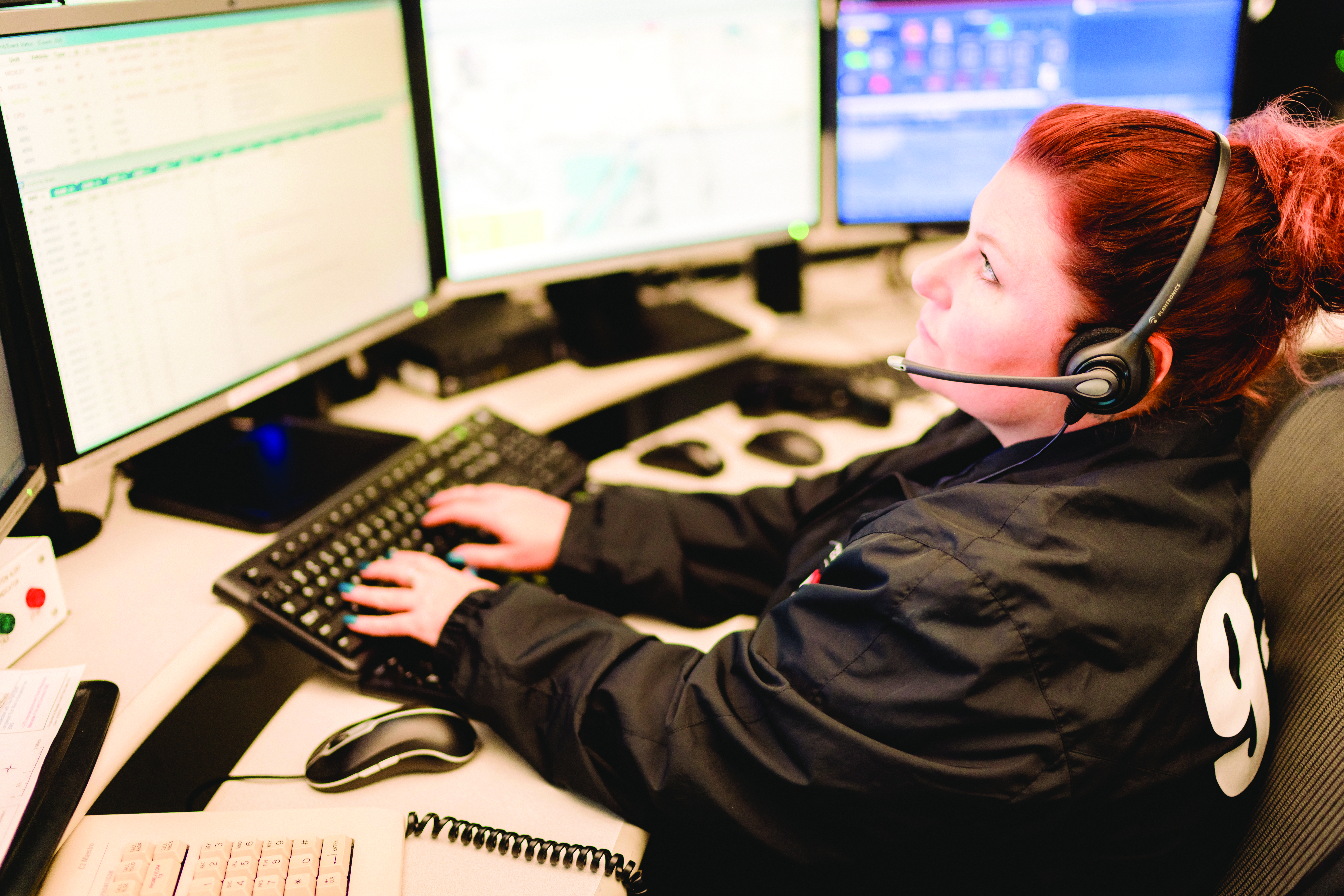 What Can I Do 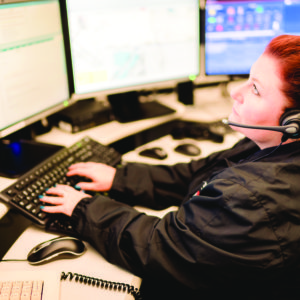 The work of emergency dispatchers cannot be performed by a machine.

That might be a no-brainer to some of you—“Of course a machine can’t do what I do every day!”—but have you ever stopped to think precisely why that is? Machines are getting smarter. They can drive themselves, take your order at a fast-food place, and even write poems. Why wouldn’t they be able to assess an emergency and dispatch the correct response?

Two words: emotional labor. Emotional labor is the process by which workers “suppress, exaggerate, or otherwise manipulate their own and/or another’s private feelings in order to comply with work-related display rules.”1 In other words, emotional labor is what emergency dispatchers do when they put aside their own emotional reactions to a call in order to better serve the caller. It doesn’t mean you turn off your emotions; instead, you regulate them appropriately.

Dr. Jeff Clawson, Medical Director, Research, Standards & Academics, has recordings of multiple calls fielded by Michelle Welch, someone he’s referred to as “the ideal EMD in terms of calm.” One such call was from a woman whose husband went into cardiac arrest on Thanksgiving Day and didn’t survive. Even though the incident had a less-than-ideal outcome, the woman still called Welch back to thank her for the instructions she gave.

After listening to Welch’s other calls in which she gives affirming statements such as “I’ll be on the phone in case you need help” and “You did the best you could,” it’s not hard to imagine that the woman whose husband died was also thanking Welch for how she gave the instructions.

Have you ever had a situation like that? One where, despite all your training and the comprehesiveness of the protocols, there’s nothing you can do for the patient or caller?

What can you do when there’s nothing you can do?

Sometimes all you can do is be the voice of calm in the middle of a stressful or scary event.

Can it be taught?

While whether or not we can teach machines to have emotions is a hotly contested debate (as well as material for a plethora of robot-themed science fiction movies), the answer to whether or not humans can be taught empathy is just as elusive. Is it one of those situations where you either have it or you don’t? Can you teach an emergency dispatcher how to say just what the caller needs to hear or is it entirely instinctual?

“Empathy is hard to teach,” said Christine Barton, Communications Manager and in-house Academy Instructor for Regional Emergency Medical Services Authority (REMSA) in Reno, Nevada (USA). “Some people have a very natural ability, and others struggle with it.”

There has to be a natural desire to help. Buchanan, who has worked in public safety for 25 years, noted that dispatch centers used to only invite people with a public safety or emergency background to apply for positions. This meant that, for the most part, the emergency dispatchers were able to visualize the caller’s situation because they had been on the scene of similar calls.

Now young people are coming into the profession with not only a different work background, but a different communication background as well. Buchanan posited that technology—specifically texting—affects one’s ability to connect with other people. This isn’t necessarily a bad thing; it’s just different from how things were done in the past. Buchanan’s training focuses on teaching new emergency dispatchers how to connect.

How do you teach someone how to have gut instincts? Playing audio recordings of calls is a popular training choice.

In a two-week course after the EMD course called “communication academy,” Barton plays recordings of actual calls and breaks them down into instructional pieces. She asks the students, “Who was the patient in this? Who else is a potential patient?” to get their minds accustomed to thinking of the caller’s situation as a whole. The person who calls might not be the only person on scene who needs help.

And after you teach them all you can? Then it’s up to experience to teach them the rest.

“With experience, you figure out if everything’s being done that can be done,” said Jody Mader, Shift Supervisor, Triple Q Instructor, and ETC-I Instructor for Butler County in El Dorado, Kansas (USA). “Not that taking hard calls gets easier, exactly, but with time you get more experiences that help you figure out how to handle tough situations.”

Barry Bagwell, Deputy Director (retired) of Mecklenburg EMS Agency (Medic) in Charlotte, North Carolina (USA) and EMD Instructor for the Academy, isn’t sure if you can teach emergency dispatchers how to have empathy, although you can certainly plant the seed. To do this, Bagwell has his EMD students examine their motivations at the beginning of training.

“If you’re coming into this career to deal with high-acuity patients all the time, you’re going to be disappointed,” he said. Low-frequency, high-acuity situations—such as cardiac arrests and delivering babies—are the exception rather than the rule. Emergency dispatch is a customer service field; emergency dispatchers deal with things that seem minor to them but are still significant to the caller. He suggests that emergency dispatchers ask themselves, “How can I help the caller even when there isn’t a need to save the patient?”

It’s important not to mentally filter calls, internally judging callers for calling 911 when theirs isn’t a life threatening or even urgent situation. Just because something doesn’t warrant an ECHO or DELTA Determinant Code doesn’t mean it’s not an important call to them.

“We’re here to help our caller regardless of the acuity of the patient,” Bagwell said. “It’s part of who we are.”

Barton encourages emergency dispatchers to revisit their “why” as well.

“There was a reason we all chose this path,” she said. “It’s different. It’s very personal. I tell dispatchers that don’t I want to know your why, but what I want you to remember is that you’re going to have days when you don’t want to do it anymore. On those days, that’s when you need to remember your why.”

In addition to remembering why you’ve entered the emergency response field, it can be helpful to realign your expectations. In her article “The ‘We Save Lives’ Myth,” Kate Dernocoeur points out that, statistically, emergency responders rarely save lives. Rather, you provide a service for the community: to “make them feel less frightened and more reassured” during a stressful and unexpected event in their lives.2

“A child with a broken collarbone is no big deal in the spectrum where ‘we save lives’ is the bottom line,” Dernocoeur wrote. “But if you discard that notion, knowing that your presence made a scary event more manageable should generate a different and lasting sense of accomplishment.”3

One of the emergency dispatchers at Buchanan’s center took a call from a woman who had found her husband unconscious in their yard. He had gone outside to work in the shed, and when he didn’t come back in, his wife went out to look for him, not knowing how long he’d been lying there. The emergency dispatcher went through the protocol and, once it became apparent that there was nothing to be done for the husband, asked, “Is there anything else we can do for you?” as outlined in PDI-a of MPDS® Protocol 9: Cardiac or Respiratory Arrest/Death.

“It’s all about customer service,” Buchanan said. “We need to not own the caller’s experience. It’s easy to get caught up in what’s happening and take it personally—the anger or hostility directed toward the situation that the caller is aiming toward you—especially when you get 10 calls in a row like that. You have to separate yourself from the situation. The emergency is not ours, but we have to be willing to be there for them and support them through it.”

For Craig Sturgess, an emergency dispatcher for the Welsh Ambulance Services NHS Trust (Wales), the task at hand was clear: get the patient onto his back. The patient’s wife had called 999 when she found him collapsed in the bathroom, wedged between the toilet and tub. He was not conscious and it was unclear as to whether or not he was breathing. The protocol called for Sturgess to instruct the woman to get the patient on his back in order to start CPR.

“Okay, listen to me,” Sturgess told the understandably distraught woman. “I’m going to help you now.”

He instructed her to go find someone to help—a neighbor, a passerby, anyone. The woman was hesitant to leave her husband, but Sturgess reassured her with an unscripted but touching gesture.

“Leave the phone next to him by his head so I can speak to him,” he said.

Once the patient’s wife was gone, Sturgess talked to and reassured him, despite the patient’s unconscious state. He said things like, “Sir, if you can hear me, we are coming as quickly as we can for you, okay?” and “Your wife is coming back,” every minute or so until a couple of neighbors arrived with the wife to help.

Even with the main problem—not being able to get the patient on his back and begin CPR instructions—solved, Sturgess kept looking for little ways to serve those involved in the call. He told the man who was administering CPR, “You’re doing really well there. You’re doing brilliant, okay?” He told the other neighbor to keep an eye on the patient’s wife, suggesting that she step out of the room because he could tell that seeing her husband like that was upsetting her.

The patient did not survive. To someone with a “we save lives” mindset, the endeavor might seem like a failure. However, to someone with a serving mindset, Sturgess helped the patient’s wife in a profound, compassionate way by offering to talk to her husband while she was gone. He helped by encouraging and checking in with the neighbors, who were not trained in CPR and probably weren’t expecting to be part of a life-or-death situation that day.

What if nothing comes to mind at that crucial time? You can never say, “Someone is coming; help is on the way” too many times.

There will be times when you can save a patient and that is momentous. But every single time you talk to a caller, you have the opportunity to make a difference by providing comfort. By being a calm, reassuring voice in the vortex of the current moment they’re living in. By filling that big, scary silence with a kind word.

After all, what you do is, in the words of Dernocoeur, “a valuable, worthy, important task.”4