What A Way to Celebrate

How would you like to celebrate your fifth anniversary in emergency dispatch? Sit in your favorite chair for the day. Open a group card signed by shift partners extolling your virtues. Blow out candles on a cake baked in your honor. Maybe you’d rather let the day pass by without receiving any attention.

Angela Powers, EMD, celebrated her fifth year at Norfolk Department of Emergency Preparedness and Response, Division of Emergency Communications, Norfolk, Virginia (USA), in a way that was memorable and surprising. Powers gave childbirth and delivery instructions to a grandmother who—at the onset—was less than thrilled about the prospect. 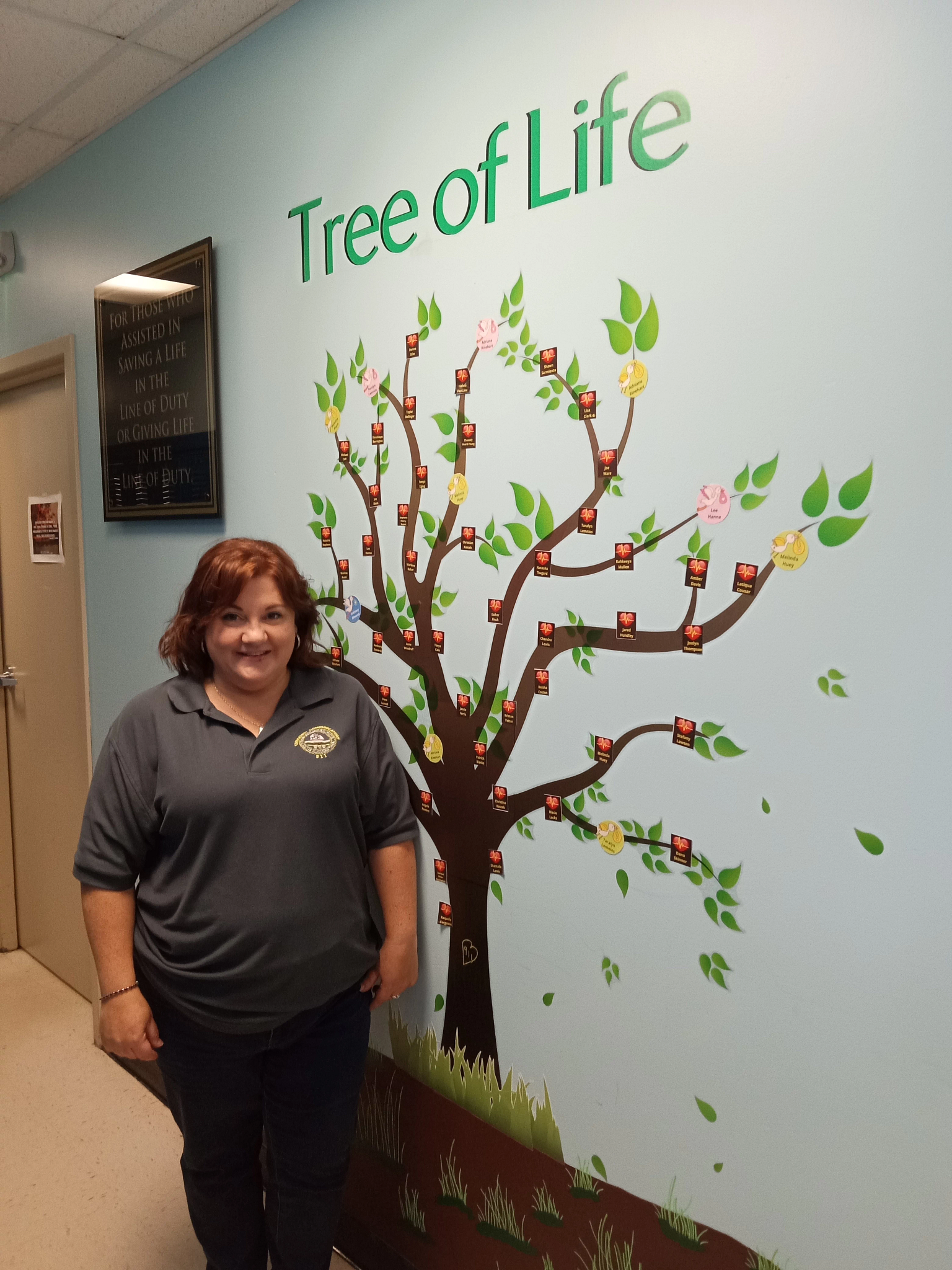 The call came in the early morning hours (7:48 a.m.) of Feb. 21, 2022, soon after shift change and roll call. Powers was settling into her day, having already answered 10 to 15 calls during the first 30 minutes under the headset, when she took the call from a woman nervous about her daughter’s contractions.

Terrified was more like it, Powers said. “She was telling her daughter not to push.”

Powers did not hesitate. She gathered the necessary information—address and phone number—and asked the grandmother her name. Following that, it was childbirth and delivery PAIs, while addressing the caller by name and reassuring her that they were in this together. Five minutes into the call, at 7:53 a.m., the baby delivered. She gave her first cry into the world.

Grandma was elated. “I did it,” she said to Powers. She had delivered her granddaughter and, as Powers said, the sound of her relief was “uplifting.” Grandma was on to the next stage, looking for a string to tie off the umbilical cord at the arrival of Norfolk Fire-Rescue paramedics to the front door.

The childbirth call was unexpected and so welcomed. Powers was delighted at her first dispatcher-directed baby delivery. In situations in which she’s asked about what she does for a living and her most memorable call, “I can now tell people I delivered a baby,” she said. Powers has handled a call on nearly every Medical Protocol at the multi-disciplinary center (medical, fire, and police) and finds the unexpected an invigorating part of the profession.

At the same time, s 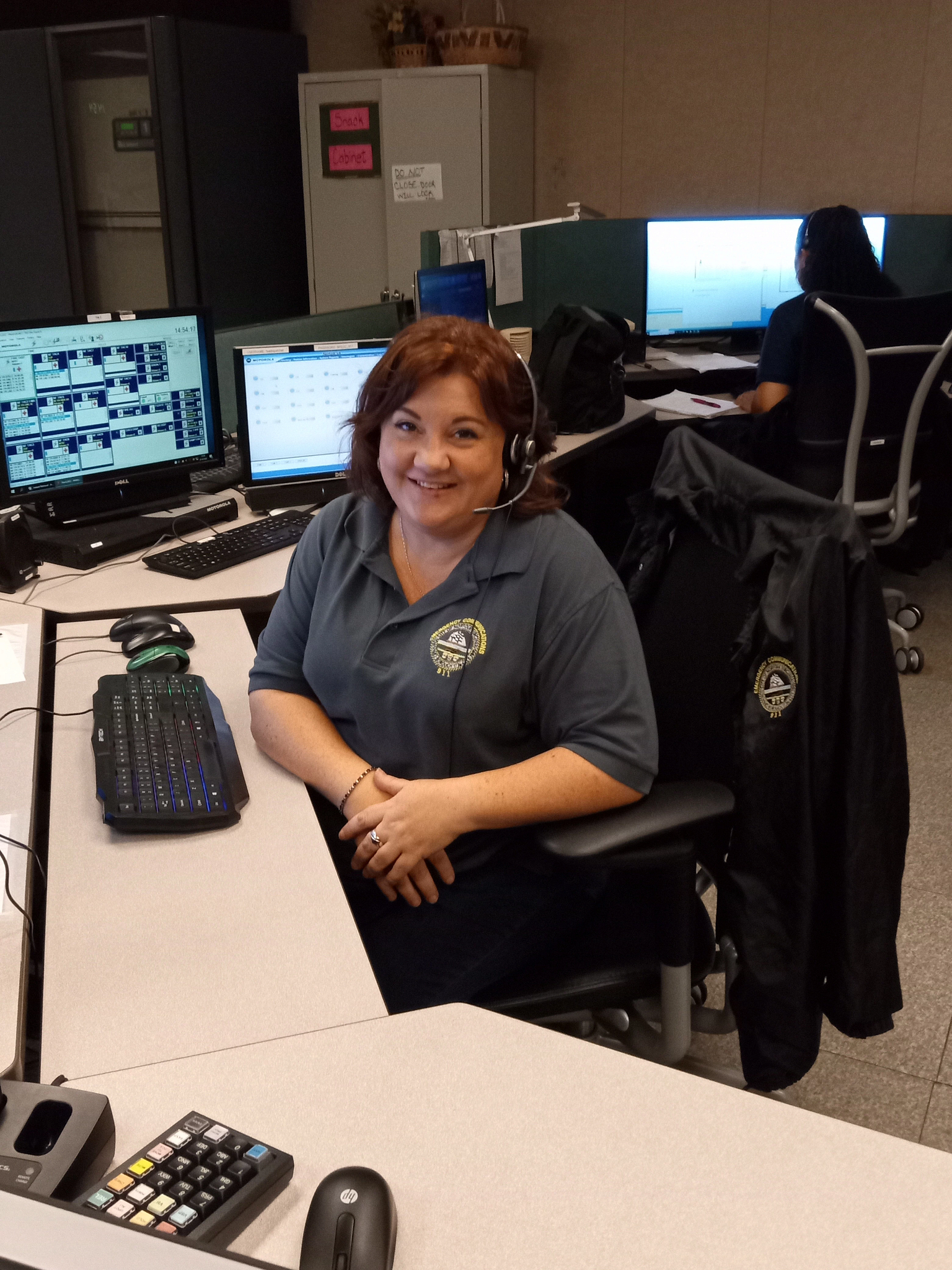 he said, no matter what the call, emergency dispatchers are ready. “We train on the protocol so much that there’s a familiarity in every call,” she said. “We don’t know the answers. We ask questions and find the information to help.”

A pink stork pin and certificate commemorated the day. An additional bonus was the call she received from her father who lives in New Zealand; he had read about the event in the news. “He congratulated me and said he now has a better idea of what I do.”

The unexpected also figures into Powers’ introduction to emergency dispatch. She applied for a clerking position in Waterford, Michigan (USA), and instead of landing that job was referred to the 911 center. “I thought it would be like a call center,” she said. It did not take long to discover differently.

Powers was there six years when the desire for a change of scenery directed her east to Virginia. She knew exactly what she wanted to do. “Where else would I apply?” she said. “I can’t imagine doing anything else.” Her self-described Type A personality lends itself to success in 911. “We’re outgoing,” Powers said. “We’re asking people questions in possibly the worst moments of their life.”

As a Communicator 3 in Norfolk, Powers is qualified to train and supervise. The 50 emergency dispatchers are divided into four teams, working 12-hour shifts. They are cross-trained in calltaking and dispatch and manage over 700,000 emergency and non-emergency requests for police, fire, or medical within the jurisdictional boundaries of the City of Norfolk.