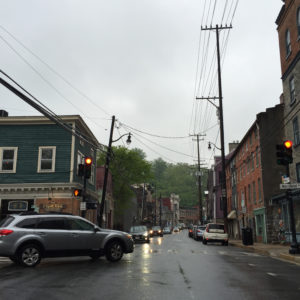 I have been an emergency dispatcher for our agency, Howard County Public Safety, Ellicott, Maryland (USA), for 12 years. Just like all centers we are more than just a center: We are a team and family. We work the typical 12-hour shifts: two days, two nights.

We answer all 911 calls, all non-emergency calls, and after hours calls for our county government offices. We dispatch fire, EMS, and police. We have four squads, all made of civilian employees except for a sergeant assigned to each shift. We also have fire liaisons, even though they work for fire and rescue, working beside us daily.

Our county is unique in the sense that not only do we have sworn officers, but we also have volunteer auxiliary officers. We have paid firefighters/EMS personnel and also volunteers. Emergency dispatchers can dispatch any area. We do our own teletype paperwork. Needless to say, we are always busy with emergency dispatch and updating and adhering to policies, rules, regulations, and general orders.

We are composed of four squads with 16 personnel on each squad. We also have administration staff. Our training lasts approximately one year. We have achieved several certifications and accreditations. We handle more than 300,000 total calls a year (including police, fire, EMS, non-emergency, and after hours).

I can honestly express that our dispatchers have not chosen this as a job, but a career. 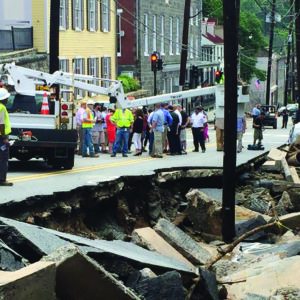 Our agency made national news for the wonderful job we did the night of the flood (July 30, 2016), in Ellicott city. During a two-hour period, more than six inches of rain fell. Two people died, and another 150 people were trapped by flooding. Five buildings were destroyed, and 30 more were damaged. The flooding resulted in declaring a national disaster.

Even though we were less than a mile from the chaos and no overtime pages went out, dedicated dispatchers came in from as far away as Pennsylvania knowing the workload that was happening in our center. My squad (D squad) worked that night dispatching response, making notifications, and taking calls. We prayed for the safety of our community and responders. We are grateful for support we received from all the responding agencies.

As most emergency dispatchers know, we hear what is going on and we are the first, first responder, but rarely do we see the event in person. Pictures don’t begin to describe the damage that we saw when walking through Ellicott the next morning. The aftermath was surreal. It will take years to rebuild. It was truly devastating. 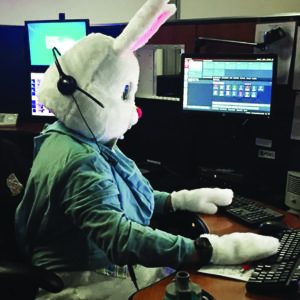 We offer so many services to the public, in addition to 24/7 help during emergencies. Howard County Public Safety’s 911 Address Flagging Program gives residents the option to voluntarily “flag” their address in the system when someone in the home has autism. This provides the 911 communication center with firsthand knowledge about the individual that can be forwarded to first responders prior to their arrival on the scene. The program was featured in the Baltimore Sun. 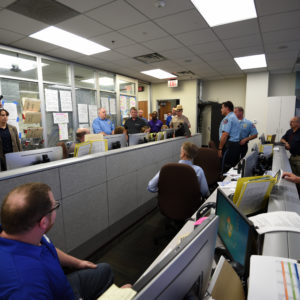 I could write statistics all day, calls, times, events, but, most of all, I am proud to be part of our agency. Most importantly, we are there for each other. We are always helping each other through teamwork. We started a newsletter distributed quarterly and not only is it chock full of information regarding training and reminders, but there are puzzles, human interest stories, and squad time.

Squad time highlights and showcases how the squads come together and get to know emergency dispatchers outside their squad. For example, the Friday before Easter, the Easter Bunny visited and we played dispatcher bingo and hunted for eggs. We had a ton of fun. In our jobs, laughter is often rare. On that night, it was common. Since then, we are arranging dinners or a theme night at least once a month. This encourages support and team building. 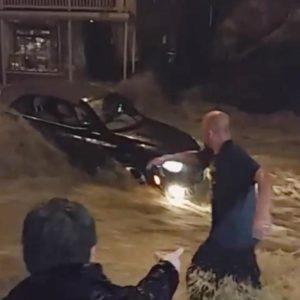 We all have children, and some of us have grandchildren. We all have been affected by personal tragedy and, when this happens, we come together to help each other. We mourn the ones we have lost; we celebrate the ones we have gained. We encourage each other. Many of us are volunteer firefighters and auxiliary officers. We are certified emergency dispatchers and have achieved additional certifications, such as in Critical Incident Training (CIT).

Some of our emergency dispatchers volunteer within the police department also. Others are on the CIT Leadership Board. We participate in fundraising for Special Olympics, and we participated in Green Day, National Night Out, Community Outreach, and the Explorers.

In my 12 years here, there have been joyous and sad times: line of duty death, national disasters, and employees who have passed away or lost family members due to illness. Babies have been born. I was here for less than a year, still in training, when diagnosed with breast cancer. During that scary time, my co-workers—some I had never even worked with side by side or hadn’t met me—donated money and time. They made dinners. They checked on me, my husband, and kids. They were so supportive. I knew right then that this is the kind of place I wanted to be until the day I retire. I’m not only proud of what I do for a profession but, also, my co-workers and what we do for each other. 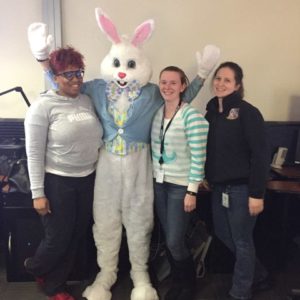 It’s not only people inside emergency communications that care about one another. Howard County police officers show how much they appreciate what we do during National Telecommunicators Week by sending us cards and bringing by food. People from the Howard County Sheriff’s department, county executives, the fire chief, and police chief often come by to let us know how important we are to the county and community. We have “dispatcher of the quarter" awards and a “dispatcher of the year” award. During the holidays we are treated to dinners, lunches, cookies, and good wishes. We are not just a dispatch center: We are part of the team of Howard County Public Safety.