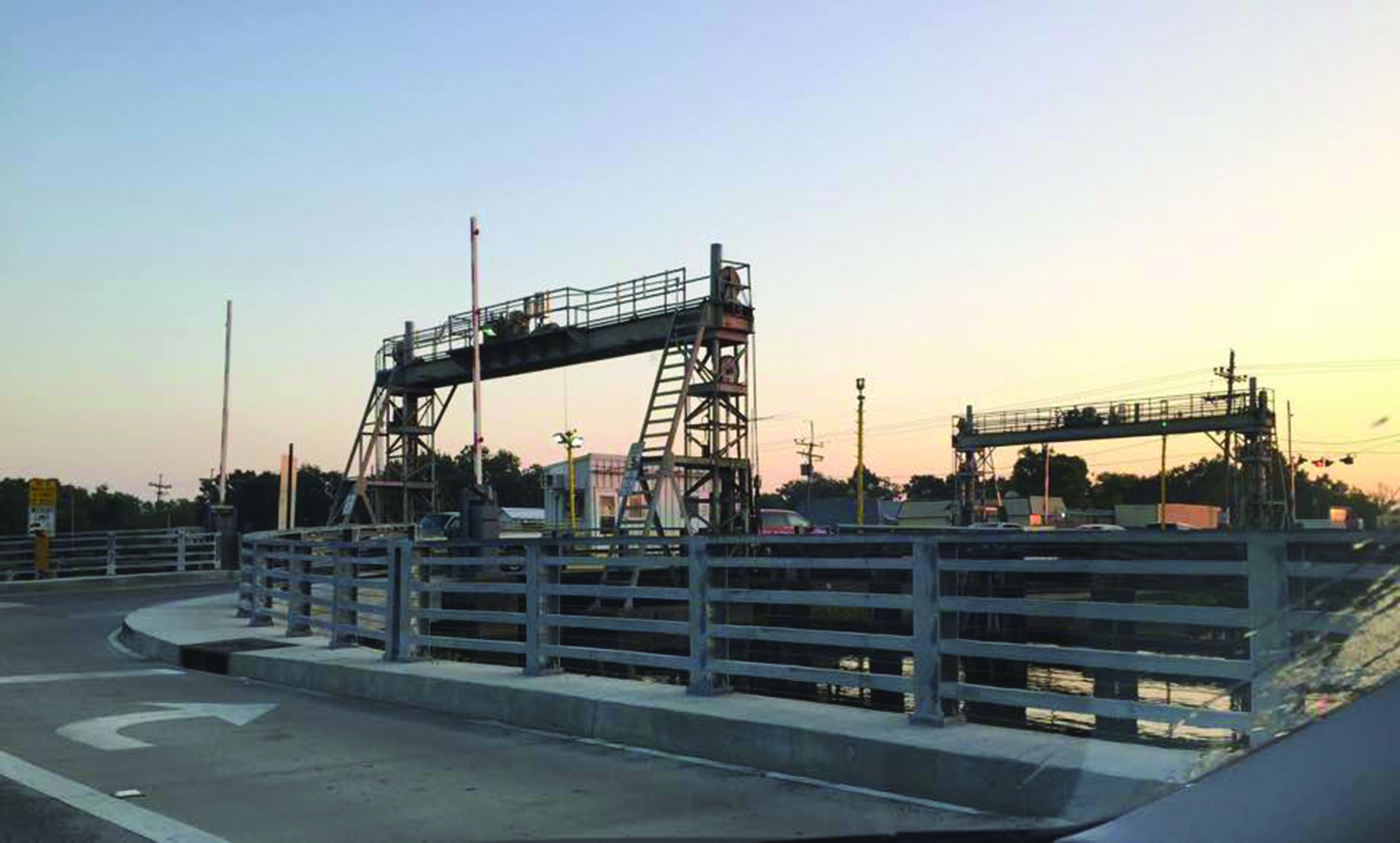 Let’s say you’re trolling for redfish in the Louisiana bayou, the motor’s turned off, and suddenly you realize the boat’s drifting past shoreline you don’t recognize. How are you going to find a way back to the family fishing camp before dark?

Well, you’re in luck if you’re calling within the 250 square miles covered by the Galliano-based Lafourche Parish Fire District 3 (LPFD3) communication center. The emergency dispatcher can send the information to your phone using the computer system’s GPS coordinates. If you happen to need help with a quickly emerging medical situation—like if your fishing partner’s in labor with a baby that’s not due for another couple of weeks—the EMD can give Pre-Arrival Instructions, too.

Everybody in Galliano, Louisiana (USA), has a story about living near wetlands—maybe not as intense as giving birth in a shallow drift boat, but otherwise equally dramatic. An alligator close to the shore backing the family fishing camp, for example, put paddle boarding temporarily on hold for EMD/EFD Mary Pellegrin.

“I love the water, but the alligator made me a little nervous,” said Pellegrin, who has been with the LPFD3 communication center for 23 years (and six years before that with the Lafourche Sheriff’s Office). “I gave it a few months [before going back in the water] until I didn’t see him again.”

Water and plenty of it

Louisiana contains 40 to 45 percent of the wetlands found in the lower states and while Galliano is all land, it’s part of the Lafourche Parish. The parish has 1,085 square miles (73.68 percent) of land and 388 square miles (26.32 percent) of water and borders the “Longest Main Street in the World” (Bayou Lafourche), stretching 106 miles through southeastern Louisiana to the Gulf of Mexico.

Considering the amount of water, it’s safe to say that water lives up to a reputation as hazardous as fire for LPFD3.

“A lot we have to do is because of the bayou,” said Mary Rotolo, LPFD3 Communication Supervisor. “We have all sorts of calls because of water.”

Rotolo supervises the 10 LPFD3 emergency dispatchers handling the fire, EMS, and non-emergency calls. Their joint facility, completed in 2011, is on the same property as the LPFD fire station and about 100 feet southeast of the Bayou Lafourche; the bayou parallels Louisiana Highway 1 on the west and Louisiana Highway 308 on the east.

People drown in the bayou. No shoulders protect the roads from the water. Cars get hit and the impact can plunge the vehicle into the bayou, or a driver can swerve off the road of his own accord. Six bridges cross Bayou Lafourche in different locations, which are opened for boat traffic and closed for vehicle traffic. Bridge tenders operate lights and barricades to signal right of way, but sometimes the system fails. 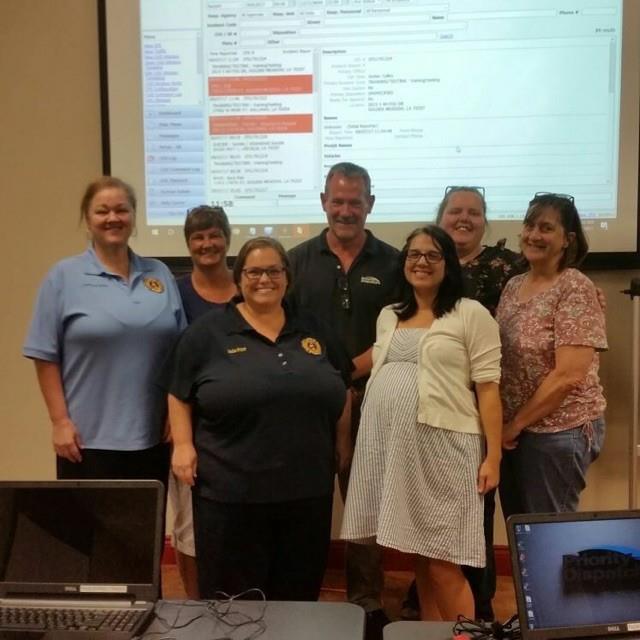 Firefighters practice water rescue all the time, Rotolo said. They rappel from bridges to practice pulling victims and cars out of the water, tow disabled boats, maneuver around moving objects (particularly useful during flooding conditions), and certify as water rescue technicians.

The training ethic and water focus also applies to emergency dispatch. Rotolo was hired in 1985 “fresh out of college” when the dispatch center opened in a “cubby hole” accommodating one dispatch position, rotated among four emergency dispatchers. LPFD3 was among the first USA centers outside Utah to use the Medical Priority Dispatch System™ (MPDS®) cardset, and that was five years into Rotolo’s current 33-year emergency dispatch tenure.

“[Dr. Jeff] Clawson was the first to do anything for EMD,” said Rotolo, who has been a certified EMD for 28 years. “[The TV program] Rescue 911 was a big deal and people expected to get that kind of help. Clawson invented the protocol, and we jumped right on board.”

“It’s been in the works for several years, and the fire department finally said we need it now,” Rotolo said. “They were affected by the time stamp.”

The Property Insurance Association of Louisiana ranks fire departments from 1 to 10 using an ISO rating. The lower the number, the higher the ranking; the higher the ranking the lower the home and business insurance rates. Factors that go into rating fire departments include response times (the time stamp), equipment, training hours, station locations, availability of water, and professional and quality assurance standards for communication centers.

The department’s next rating will be in 2020. 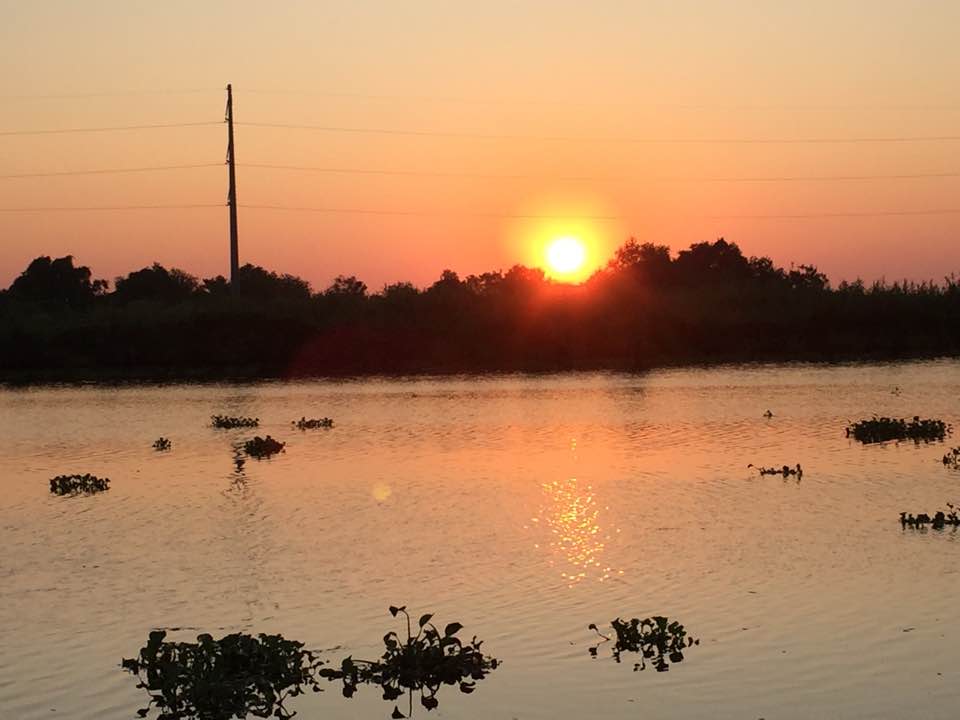 It’s not the ISO rating or even threatening water levels holding Rotolo’s attention. She is dedicated to a staff that doesn’t always get the consideration they deserve and the public that can take them for granted.

Rotolo goes big with National Public Safety Telecommunicators Week, and in 2017, they celebrated the Academy Awards of Emergency Dispatch. She gave out plastic Oscars in several job-related categories, with the winners elected by ballot. Acceptance speeches were made under strobe lights and against swimming pool noodles arranged to look like a curtain. Their annual holiday party includes Secret Santa gift-giving.

On an ongoing basis, they play protocol-based bingo, receive stork pins for childbirth and delivery calls, post positive messages on a bulletin board, and take advantage of social media outlets. The public follows the center on Facebook, Rotolo said. The communication center is part of the annual LPFD open house.

“We’re getting the word out about what we do,” Rotolo said.

Sometimes, the calls get personal. The population of Lafourche Parish is relatively small, and Rotolo has lived there her entire life. The same goes for her 10 EMDs/EFDs, some of whom are going on 15 to 25 years with the district. Rotolo’s husband called once. He wasn’t feeling well and went into cardiac arrest during the phone call.

“Talk about scared seeing your address on the phone,” she said. “He was home alone, and the ambulance got there fast.”

Rotolo accepted the dispatch job in 1985 not knowing what she would be doing. She didn’t know if she would last because it was a process so new to the area and waiting definition.

“It was something new the parish was putting together,” she said. “I jumped in whole-heartedly knowing I could make a difference and be there for the people.”