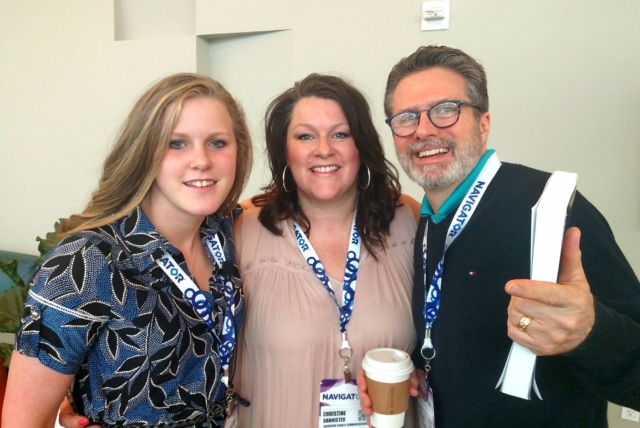 Together, They're Growing up 911

Never in a million years would Chloe Porter suggest anything odd about her family. She is the older of two children raised for most of her life by a single mom who is an emergency dispatch professional. Chloe was always aware of a few exceptions, such as the long hours her mom, Christine Bannister, worked and the looked-for quiet space that sometimes-precluded conversation after she came home from school.

In relation to her mom’s career, Chloe said, “It just made a few things different for me, but it was just the way it was.”

Chloe, 16, and her brother Egan, 13, grew up in a home not quite synchronized by a regular routine. Bannister is a supervisor at Waukesha County Communications, Wisconsin, USA, and has not only healthily survived the profession but, also, is helping others to do the same.

The “help” goes beyond callers and emergency dispatchers. Bannister is also keen on developing and maintaining healthy relationships within the sphere of their daily influence.

“There are so many things we did without reflecting on the why,’’ Bannister said. “I didn’t realize the impact on my kids because we never discussed the topic of my work.”

While Chloe holds no grudge against her 911 upbringing, she never truly recognized exactly what her mother did that could cause something unsettling in her mood. Chloe and Egan simply rolled with the long hours, holidays mom was at work and not home, and the hyper-vigilance Bannister asserted on her children.

That was until Chloe attended a wellness conference in which her mom was the opening speaker and spoke about wellness for the first, first responder. Bannister hadn’t told Chloe a lot about her profession but figured the conference was the perfect segue to heighten Chloe’s perspective of her emergency dispatch career. Bannister brought up the potential effects of stress on relationships, the importance of recognizing and doing things to remedy the stress, and began her session proudly introducing Chloe as a big part of her “why.”

Chloe hadn’t anticipated the introduction any more than she did the open-armed reception from the audience. Their questions resonated with what Chloe had long accepted although—at the same time—wondered about others in her situation. It was as if the audience was listening to Chloe in reflection of their own personal relationships. They asked Chloe if she was speaking. They wanted to attend.

The response inspired Bannister and Chloe. They had an important message to deliver. Chloe could stand beside her mother in support of the profession and, also, in support of “it’s OK” to bring your family into a conversation about emergency dispatch. Bannister could talk about a journey resonating on several levels.

Their first co-presentation “Growing Up 911” was a big hit at NAVIGATOR 2017 and at the national NENA conference held the same year. Chloe admitted a slight case of jitters when first joining her mother up front, but that didn’t last long. She learned to engage through the honesty of her experience and apparent deep admiration for emergency dispatchers.

Bannister said that they tend to leave their audience in tears from both the laughter in anecdotes of the profession’s “insider” quirks and the acknowledgment that this is a profession requiring the same compassionate help at home as on the phone.

Bannister’s complementary approach to help people who take the calls didn’t exist in a profession she was thrilled to discover 23 years ago. She had found a career path in which she could excel though, at that time, no one discussed the stress associated with one call or accumulated in the span of weeks, months, or years.

The direction their speaking partnership will take from here, Bannister can’t say.

“Anything’s possible,” she said. “I wanted to show Chloe how emergency dispatch changes people’s lives, and through all of this she’s inspired me to continue to evolve and change mine.”