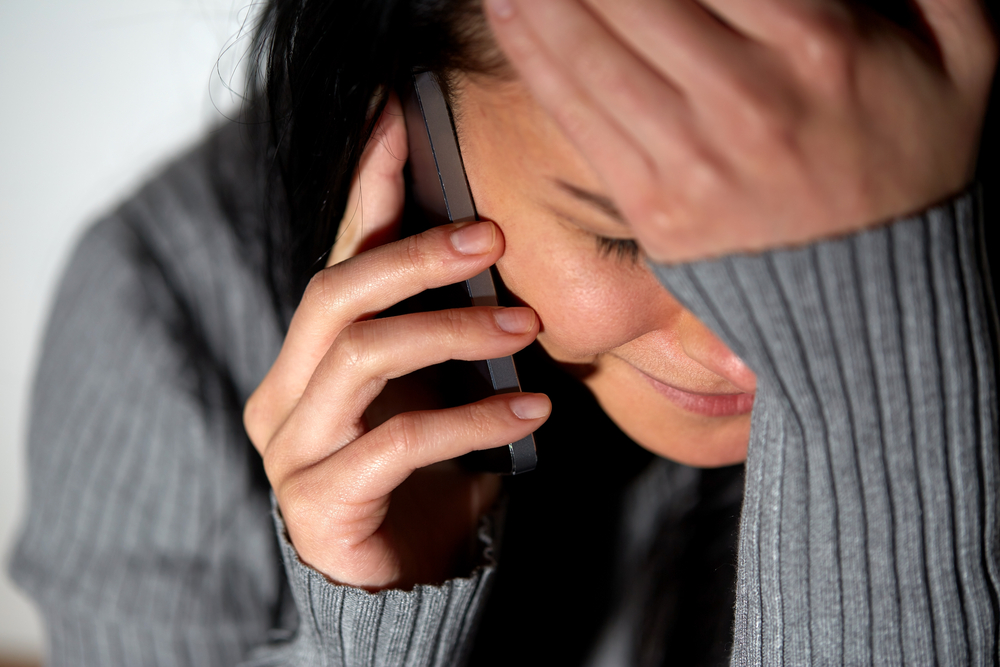 On Sept. 1, 2017, at 12:30 p.m., Jourdyn Abplanalp, an emergency dispatcher with Utah Valley Dispatch Special Service District in Spanish Fork, Utah, USA, took what some may consider a routine call.

The caller reported that her grandfather hadn’t been out of bed for three days. He was breathing, awake, and alert. He complained of weakness. The caller wasn’t sure what to do but knew the elderly patient needed help. Abplanalp went to Protocol 26: Sick Person and asked the Key Questions.

A simple call, right? Not quite.

The caller was Abplanalp’s sister, making the patient the emergency dispatcher’s grandfather.

While this scenario isn’t a frequent occurrence, it’s not out of the ordinary, especially in rural areas. Whether an emergency dispatcher takes one emergency call from a loved one once during his or her career, or whether it happens multiple times, it’s no doubt a unique situation that tests the mettle, professionalism, and composure for even the most skilled and experienced emergency dispatcher.

Treat them just the same

Fielding emergency calls where lives are on the line is difficult enough. Complicate matters by throwing family or friends into the mix, and who could blame an emergency dispatcher for panicking or not being at his or her best?

Abplanalp handled her personal call so well that Quality Improvement Specialist Brenda Argyle, who reviewed the call, didn’t even realize the caller and patient were related to Abplanalp.

“In listening to the call, there [was] only a slight indication Jourdyn [knew] the caller and the patient,” Argyle said.

Abplanalp’s sister called the admin line at the center and asked directly for her. Abplanalp therefore knew this would be a unique call before hearing her sister say a word. Yet, unfazed, she did her job precisely as she was trained. She followed the protocols and provided excellent customer service.

“Jourdyn asked Key Questions as written and appropriately clarified to get the necessary information when the caller did not give a definitive answer,” Argyle said. “Jourdyn asked if the patient was on oxygen and added that information to the call, which prepared responders for necessary equipment needed for the patient. [She] did not hesitate to check the rate of breathing, and when the caller asked how she was going to do that with the oxygen on, she continued providing the diagnostic as written, which was understood. The rate of breathing was correctly calculated to be effective.”

Abplanalp’s calm demeanor in such a personal moment puzzled even Argyle. In a later meeting between the two, Abplanalp told Argyle how she maintained such a level head while her grandfather was struggling for life.

“I asked Jourdyn how she was able to switch roles from a granddaughter to an EMD,” Argyle said. “She said it was hard to do, but she pretended she didn’t know who the caller was. This creative thinking allowed Jourdyn to remove herself emotionally from the call to provide the utmost care through use of the protocols.”

Argyle praised Abplanalp for not only meeting quality standards for the calls but doing so in unusual circumstances where it would be easy to ignore the protocols and go into granddaughter or sister mode.

“Jourdyn faced her own emotional pressures and demonstrated her level of expertise by steadfastly honoring the use of the protocols,” Argyle said. “It can be so frustrating not being able to physically help a loved one. The presence of Jourdyn on the phone, using a tone of voice that was calm and consistent, provided a soothing atmosphere for her sister. When loved ones are involved, making clear decisions can be skewed. It takes a great deal of self-discipline to stick to a script, especially when someone you know is involved.” 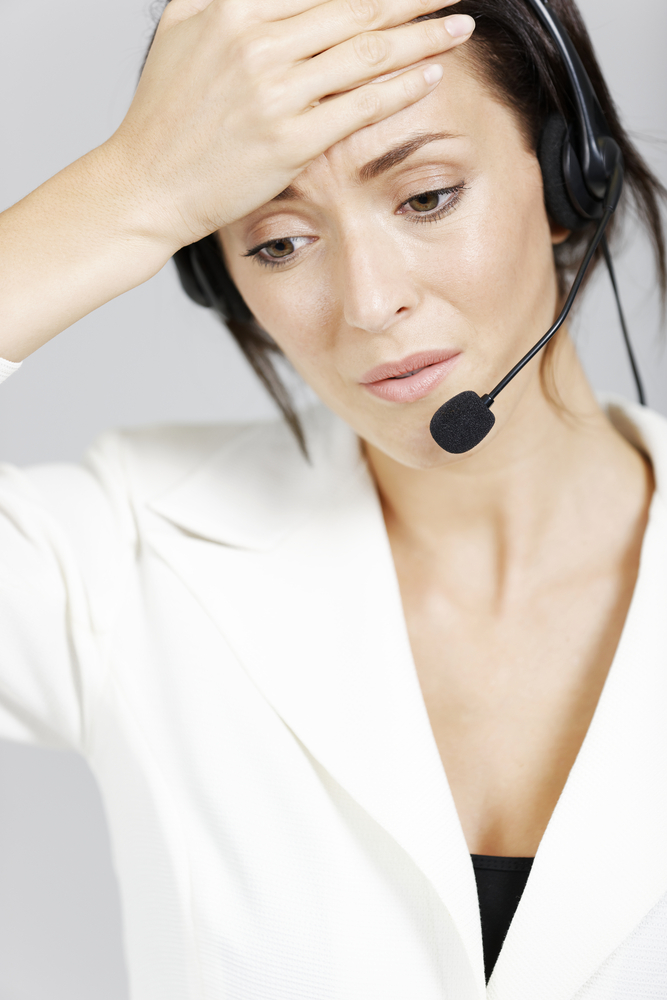 When you live and work in a small community and you’re the only emergency dispatcher on duty, chances are pretty good you’ll get a call from people you know.

Even from your aunt.

In 2000, Matthew Gruenwald, then a telecommunicator with the Wood Dale (Illinois, USA) Police Department, was on duty alone in the comm. center, waiting for an officer to bring him some dinner from a nearby Taco Bell. Wood Dale dispatched for the city’s police and fire departments but did not provide EMD services.

The phone rang, and Gruenwald had an eerie feeling when he read the screen. He saw his last name.

“My last name isn’t exactly common, so I knew it had to be a relative,” he said. “I heard my aunt’s voice on the other end of the line, somewhat frantic that she needed an ambulance. I asked a couple of times what was going on, and she wasn’t answering my question until I almost yelled her name into the phone. There was a brief pause, followed by, ‘Matthew?’ ‘Yes, Auntie Yura. Now what’s going on?’ Then she was finally able to tell me that my oma (grandmother) was having a stroke.”

Gruenwald told his aunt to gather all his grandmother’s medication and that help would soon arrive. He dispatched the fire department; in accordance with the center’s policy, police offers went to the scene as well.

This was a call he’d never forget.

“There aren’t many dispatches that I clearly can remember verbatim over the last 18-plus years of dispatching,” he said. “This is one. I remember staring at the console as I dispatched. I even remember what part of the console I stared at while I dispatched the fire department.”

Gruenwald listened to fire department and police communication for an update on his 90-year-old grandmother, but it didn’t come for an agonizing several minutes. The police officer on scene didn’t believe Gruenwald’s grandmother was going to survive.

When he arrived at the hospital, his grandmother was in the emergency room. She was admitted to the hospital and stayed there for a few days. She would never go home again. His grandmother went to a nursing home where she passed away a few years later.

The call was emotionally draining.

Gruenwald has since moved on to a different position. He is currently a public safety telecommunicator with Southeast Emergency Communications (SEECOM) in Crystal Lake, Illinois (USA), an EMD ACE, where he has been since November 2015. Over the years, many people have asked him how he remained calm and professional during such a close-to-home call. His response: “What are my other options?”

“Think about the alternative,” he said. “If I lose my cool, what’s going to happen? If I become too emotional to handle the call properly, then anything bad that happens, I have to live with ‘what if’ for the rest of my life.” 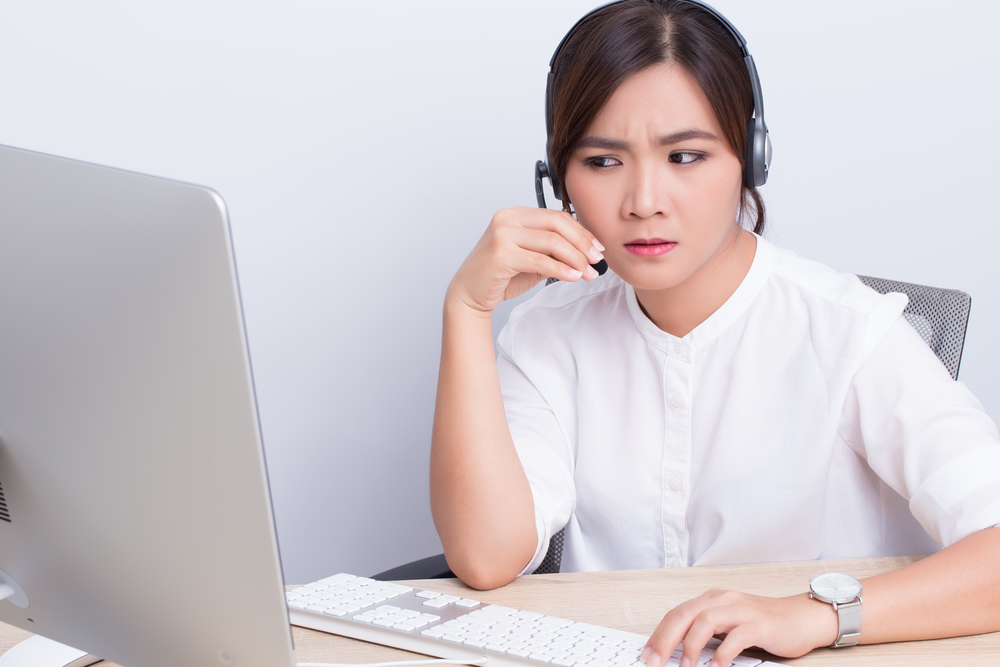 In October 2017, in Clark County, Arkansas (USA), emergency dispatcher Denise Chamberlin got a devastating call no one wants to receive. Her husband, Cecil, knowing his wife had answered the phone, reported that the couple’s house was on fire.

From the online publication arkansasmatters.com, one can read an excerpt of the gut-wrenching call:

Tragically, the fire destroyed almost everything the couple owned. Crews were able to save a henhouse and chickens on the property.1

Denise Chamberlin sat in shock immediately following the call. She noted how surreal it was to dispatch the fire department to her own home. However, in the days after the incident, she maintained a positive outlook, which she said is critical when handling a personal call of this magnitude. Recognizing that her husband was fortunate to be alive gave her perspective.

Fellow emergency dispatchers and community members have lent their support to the family, which also helped Denise Chamberlin get through this horrible event.

Emergency dispatchers receive long and intense training to prepare for the wide range of calls they’ll handle in their career. Anyone who has ever been under the headset understands the importance of this instruction as well as the importance of receiving valuable feedback and guidance from seasoned veterans, managers, and quality assurance professionals.

But how can one possibly be ready to tackle a call when your sister calls about a barely responsive grandfather, when an aunt reports that your grandmother has had a stroke, or when your own exasperated husband calls, frantically telling you that flames have engulfed your house?

“Don't believe it won't happen to you,” Gruenwald said. “You owe it to yourself, and you owe it to your family. Prepare. Practice. We are supposed to be a calming voice to our everyday callers. Having you on the other end may be even more so when the caller is a personal connection. So concentrate on the positive. This call may be more stressful for you, but focus on the extra good you're bringing to them. And in the end, would you want anyone else handling that call?”