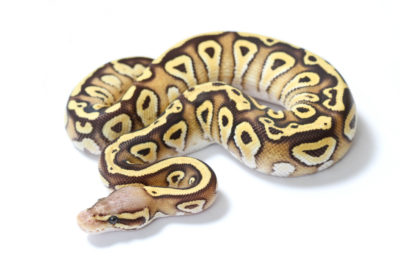 A SNAKE IN MY ROOM

As told to by Kim Rigden

It was 6 a.m., and a sleepy Kim Rigden could not recall bringing a bathrobe to her hotel. So how did something that looked like a bathrobe sash get coiled around the toilet seat?

As she stood at the threshold of the bathroom, she turned on the light and was shocked into readiness. This was not a sash; sashes don’t slither. The next moment Rigden remembers, she was standing at the open door of her hotel room—as far away from the toilet as she could get—speaking on the phone to the front desk clerk. Her heart was racing. Her hands were sweaty. She felt nauseated.

Yet, the person at the front desk sounded so calm.

“Later, I learned that front desk clerks have something in common with emergency communicators—they both get calls from ‘crazy’ people,” said Rigden, Commander of Communications Education and Quality Improvement, Toronto Paramedic Services, Ontario, Canada.

The desk clerk soon found out that Rigden was not crazy. This was not a sash circling the porcelain. She was sharing her room with a 4-foot-6-inch long ball python left behind by the owner who did not want to report that his snake went missing in his hotel room.

“The hotel has a no pet policy,” Rigden said.

The snake had taken up residence behind the toilet, and Rigden was the first to make its acquaintance.

The incident chilled Rigden to the idea of staying in hotels, which is certainly problematic considering her extensive traveling schedule. When she books a stay, she checks under beds, behind the curtains, in closets, and, of course, behind toilets and under sinks. She calls it consequences of a critical incident stress (CIS) exposure, and the story fit perfectly into her NAVIGATOR session “Stress and the Emergency Dispatcher.”

The python was real, and her reaction was well within the definition of CIS: a normal response by a healthy person to an abnormal event.

“It’s OK to feel overwhelmed by something,” she said. “It’s OK for you to feel symptoms after the event.”

Her symptoms—racing heart, nausea, and fast breathing—were physiological responses to a surprising and stressful situation that had mostly subsided by the time she was giving her NAVIGATOR presentation three weeks later. The fight or flight hormones, adrenaline and cortisol, were most likely back to normal levels. And although she does not relish the idea of a second encounter with a snake, the incident is far from causing post-traumatic stress disorder (PTSD).

That, she said, would be something to be very concerned and proactive about.

PTSD can be triggered by a single terrifying event or an accumulation of stressful incidents piling one on top of another. It is a debilitating mental health condition that can last for months or years, with symptoms including persistent frightening flashbacks, nightmares, and severe anxiety. PTSD can also recast an individual’s emotional reactions and thinking.

“This debilitating stress changes the way you view the world,” Rigden said. “A person diagnosed with PTSD will have difficulty functioning.”

The constant barrage of stressful 911 calls combined with a demanding work environment and conflicts in personal life can set the stage for PTSD, according to various studies focusing on 911 dispatchers. In 2012, Michelle Lilly, a psychology professor at Northern Illinois University, DeKalb, and Heather Pierce, a former 911 dispatcher, analyzed surveys completed by 171 emergency dispatchers from 24 states and found that dispatchers experience high levels of “peritraumatic distress,” defined as the strong emotions felt during a traumatic event. Participants reported experiencing fear, helplessness, or horror in reaction to nearly one-third of the different types of potentially traumatic calls.1

A survey conducted at NAVIGATOR 2014 by the Academy’s research team found similar results. Significant findings from the survey showed that 17 percent of the 189 respondents completing the survey met criteria for Acute Stress Disorder (ASD) related to incidents occurring in the 30 days prior to taking the survey.

Although the 189 responses represent only a small segment of the number of individuals expected to contribute data to future studies conducted by the Academy, the results nearly mirror findings from Roberta Troxell’s 2008 study of 497 Illinois 911 dispatchers. In that study, 16.3 percent acknowledged symptoms consistent with Compassion Fatigue (CF), defined as a condition in which a person experiences struggles with work-related secondary traumatic stress symptoms and burnout.2

Rather than dwell on the stress, Rigden prefers to concentrate on developing positive coping mechanisms. During her talk, she gave suggestions dispatchers can follow to create healthy behaviors to promote wellness.

“Compassion satisfaction—that’s what drives us and empowers us, and stress is an epidemic in emergency communications,” Rigden said. “And because we are exposed to a higher level of stress than the general public, we have to be proactive about our health. We need to stay in an optimally healthy place.”

• Do not use alcohol or drugs to cope

• If an incident at work upsets you, talk to someone about it; seek help

• Get some good exercise within 24 hours of the incident

• Find an activity you enjoy and keep it up

• Learn about traumatic stress; through reading you will feel less abnormal, and the information/empathy can lead to recovery

• Talk about it; don’t keep the feelings inside

Satisfying expression of self and spirituality

• Do the things that you love to do

• Fulfill your feelings of self-worth outside of the job