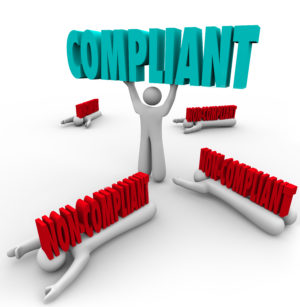 Recently, I asked a dispatcher at my agency, who’s new to Medical ProQA, how he was doing with his calls. “Apparently no good, because I’m Non-Compliant.” (That last word was almost thrown at me.)

Honesty may be the best policy, but when someone tells you exactly what they think of you, it can be hard to take. The Incident Performance Reports in AQUA can be like that. For some, seeing the word “non-compliant” brings back memories of having a teacher in school hand back a paper with big red X’s on it. It’s even worse when that word glares accusingly at you from the top of the page. Unfortunately, any line-item comments added by the Q don’t always soften the blow.

The intent of the Incident Performance Report, and the term “Non-Compliant,” is to identify which areas of the protocols and performance standards were complied with and which were not—nothing more. “Non-Compliant”—even if that’s the category that the call ends up in because of the number and type of deviations overall—doesn’t mean that you failed.

An Incident Performance Report can be understood better with an analogy to an on-the-job performance review. I asked the above dispatcher when the last time was that he drove to work (a long trip for him) and complied with every single traffic regulation to the letter. “Never,” he replied. “Does that make you a bad driver?” I asked. “Not at all,” he answered. I then proceeded to share the following analogy.

Imagine you’re a professional truck driver with a firm that has a top reputation for safety and professionalism. One day the firm’s lead driving instructor says she’s going to ride with you and evaluate your driving. At one intersection with no traffic around you fail to come to a complete stop. You haven’t complied with the traffic regulation governing stop signs, but since you hardly put anyone’s life at risk, it’s only a minor deviation. Later in the day, on the highway, you exceed the speed limit by 15 percent. That’s a moderate deviation from the traffic regulations because of the potential consequences. (In the United States, the degree of deviation is reflected in the difference in speed resulting in a charge of “careless driving” vs. “reckless driving.”)

The International Academies of Emergency Dispatch, in developing the current performance standards, knows that perfection is an unrealistic goal. That’s why a call can have up to four Minor Deviations and still be considered “compliant” overall. That’s also why the category of “high compliance” exists; it reflects the exemplary skill or effort that resulted in a call that has no deviations.

Even those of us who are Q’s, who tend to be a bit more protocol-savvy than the average dispatcher by virtue of our specialized training, have challenging calls. Periodically, the caller will say something that doesn’t neatly fit into the protocol script, and we have to do what anyone else would do: decide and act, with a scant few seconds to make a decision. We don’t always make the best call, and sometimes we read part of the script the wrong way. (But we tend to be much harder on ourselves when we do.)

A “perfect call” is readily achievable, especially with a simple complaint and a calm, cooperative caller. We should always strive for that level of excellence, but we should never be discouraged when we don’t attain that goal. The Incident Performance Report is highly specific in identifying what was missed or needs improvement, and that’s all it’s intended to do. Properly used, it can help you go into the next call with an awareness of what to do differently. Who knows, that next call just might go smoother because of it.