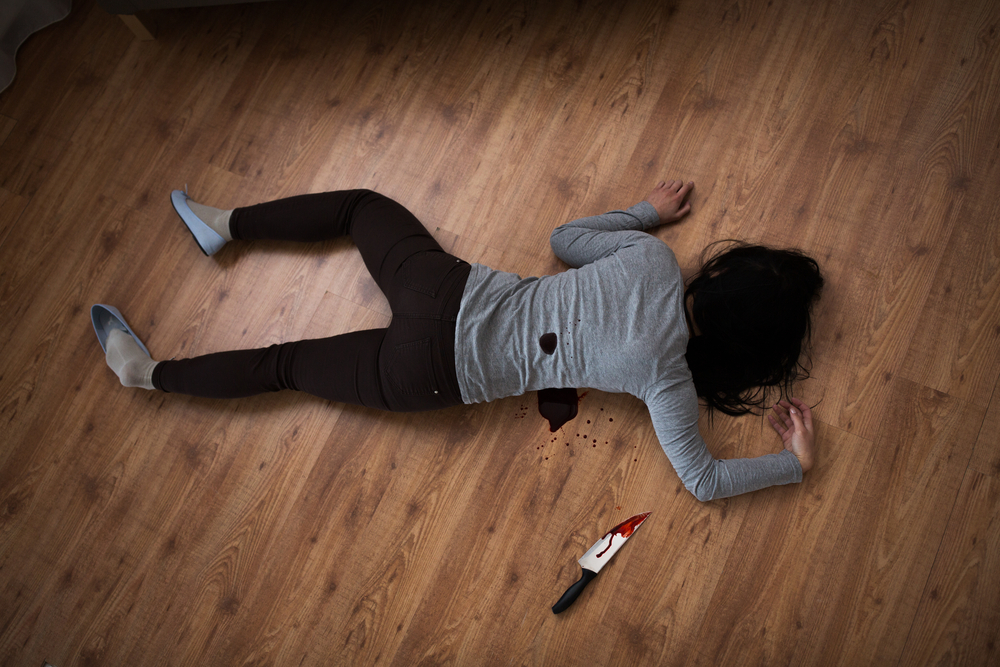 In England in May 2017, enough people were going to the emergency room after slicing their hand while cutting avocadoes that doctors nicknamed the phenomenon “avocado hand.” It even has its own hashtag on Instagram and Twitter, where people who have injured themselves while cutting up an avocado display their wounds (usually with some self-depreciating remark).

Knife-related injuries are common and, with the exception of avocado hand, rarely trendy. A retrospective analysis conducted in 20131 showed that roughly eight million knife-related injuries, both intentional and accidental, were treated in U.S. emergency departments from 1990 to 2008. That’s about 400,000 injuries per year or 1,190 per day. In 2016, a little over 21,000 knife crimes were reported in London2. Unlike guns—which are strictly controlled in countries like England, Canada, Germany, China, India, France, Italy, Spain, and Australia—knives are easily accessible to almost everyone and can be used to slice fruit or stab a partner in a domestic disturbance.

When choosing which Chief Complaint is best for a call involving a knife injury, remember Case Entry Rule 1: “If the complaint description includes scene safety issues, choose the Chief Complaint Protocol that best addresses those issues.” The safety of the caller, the patient, and the responders is paramount. If someone reports that she accidentally cut her arm, there will generally not be any scene safety concerns. However, if someone reports that someone else ran by with a knife and slashed his arm, there will be scene safety issues, as the patient could be attacked again or the knife-wielding person could attack someone else.

Another rule to take into consideration when dispatching a knife-related injury call is Case Entry Rule 2, which says, “If the complaint description involves TRAUMA, choose the Chief Complaint Protocol that best addresses the mechanism of injury.” Knife wounds, whether they are accidental or intentional, fall under the definition of TRAUMA on Protocol 21 (“a physical injury or wound caused by an external force through accident or violence”).

Please note that Protocol 4: Assault/Sexual Assault/Stun Gun should not be used in instances where the patient has been stabbed by an attacker. Protocol 27 adequately addresses both the mechanism of injury and scene safety concerns.

An issue of blood 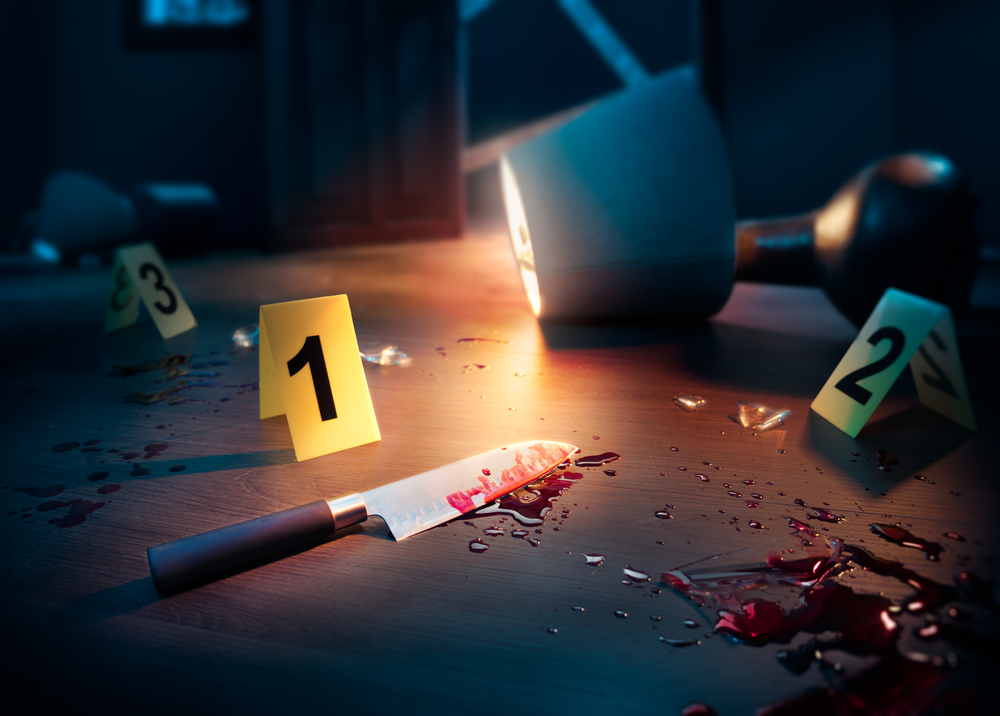 Protocol 21 is more concerned with the blood coming out of the wound than the wound itself. None of the Key Questions on this Protocol ask the caller to describe the size or shape of the wound; rather, you will ask for the location of the wound and whether or not the bleeding is SERIOUS. SERIOUS Hemorrhage is defined as “uncontrolled bleeding (spurting or pouring) from any area, or anytime a caller reports ‘serious’ bleeding.”

In the event that the patient has intentional self-inflicted lacerations—a cut wrist, for example—you will go to Protocol 25. This is because in addition to bleeding concerns, safety concerns exist that require additional Key Questioning, provided by this protocol, that may lead to adding a police response and passing on safety issues to the responding EMS crew(s). If it is discovered during Key Questioning on Protocol 25 that a man has stabbed himself in an attempt to complete suicide—for example, a knife blade forced deep into his arm or leg—you will be further shunted to Protocol 27. 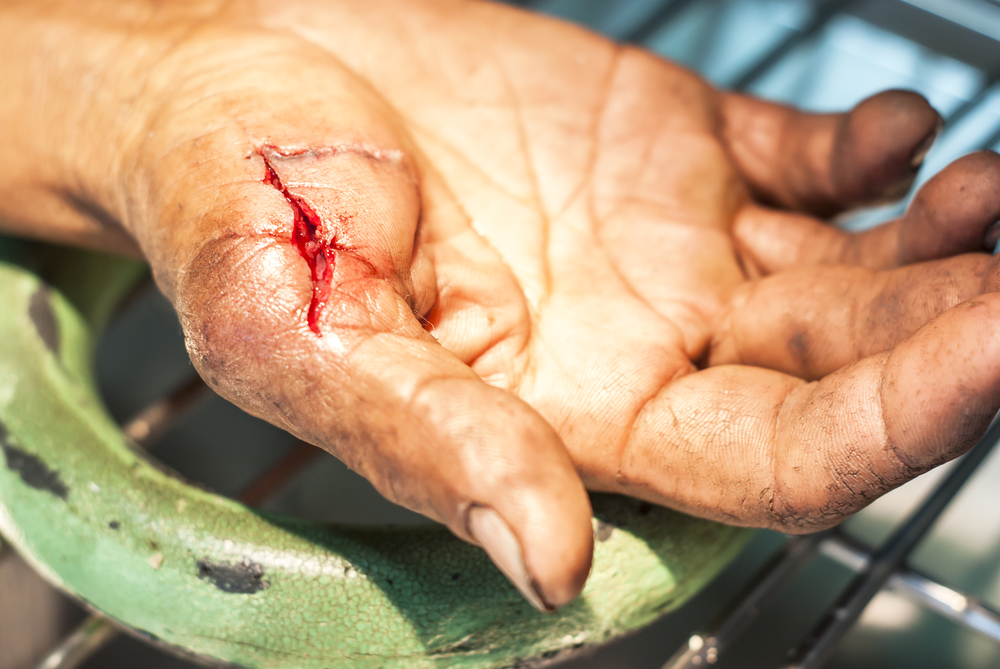 Stab wounds are inflicted with significant force, and in some cases, the knife (or other object) might still be inside the patient. As with Protocol 21, learning the location of the wound is crucial to getting the right help to the patient. Unlike Protocol 21, though, Protocol 27 doesn’t classify areas as dangerous or not dangerous. CENTRAL wounds are considered those in the abdomen; arm, upper; back; buttock; chest; elbow; groin; head; hip; knee; leg, upper; neck; and shoulder. PERIPHERAL wounds are those in the finger; foot; forearm; hand; leg, lower; toe, and wrist. If a caller reports a wound in any of these PERIPHERAL locations, the Determinant Code will be 27-B-2S. However, if there are multiple stab wounds, even if they are in PERIPHERAL areas, the response should be bumped up to a DELTA response (27-D-5).

In the case of a penetrating object that is still embedded in the patient, PDI-b tells you to instruct the caller not to pull it out. The knife is effectively closing the wound and preventing it from hemorrhaging too heavily. Additionally, according to Greg Scott, Operations Research Analyst for the IAED™, the knife could cause further damage on its way out of the wound, whether to internal organs, tissue, nerves, or all three. The responders will take care of it when they get there.

Whether you use Protocol 21, Protocol 27, or Protocol 25, you will be sent to Case Exit Panel 5 to help the caller control the bleeding. Remember that, as per Axiom 2 of Protocol 21, in most cases external bleeding is not as serious as it appears. Do not let the caller neglect airway maintenance or other less obvious injuries as they attempt to stop the bleeding. In cases where there are penetrating wounds present, the EMD may or may not receive reports of serious bleeding. Many penetrating wounds cause little or no external bleeding. That does not mean that they don’t bleed.

Controlling the bleeding with a patient who still has a knife penetrating them can be a delicate situation. The Direct Pressure Warning for Case Exit Panel 5 states “Direct pressure on the wound should be avoided in the presence of visible fractured bone or foreign objects,” such as a knife. “Principles of EMD” (sixth edition), though, clarifies: “However, unlike bone shards or fragments of foreign objects that are found on other protocols, penetrating trauma often involves a clean wound with a well-defined penetrating object. In these cases, it might be possible to control bleeding by applying pressure around the object (without pressing on it).” In other words, if the patient still has a knife stuck in him, you can instruct the caller to apply a dry, clean cloth around the wound and apply pressure there, rather than right on top of the wound itself.

How would you handle someone calling with a bad case of avocado hand? Avocado hand could be handled on either Protocol 21 or Protocol 27. With either protocol, it wouldn’t warrant a DELTA response because the hand is classified as a NOT DANGEROUS hemorrhage area on Protocol 21 and a PERIPHERAL wound on Protocol 27. Your choice of Chief Complaint might depend on the wording of the caller. If the caller’s main concern is the wound itself—“I stabbed myself while trying to get the pit out of an avocado”—you would probably choose Protocol 27. If her main concern is the amount of blood coming out of her hand—“I sliced my hand while cutting up an avocado, and now it’s bleeding everywhere”—you would probably choose Protocol 21 to best handle the bleeding. However, if the caller classified the bleeding as SERIOUS on either Protocol 21 or Protocol 27, it would be bumped up from an ALPHA to a BRAVO response.

What about cases that aren’t routine? In 2012, a New Zealander named Mark Wells had his throat cut in his own home. Wells’ attacker came up behind him in the bathroom, slit his throat with a bread knife, and left him for dead. Wells pressed a towel to his wound and staggered out into the street, trying to find help until eventually an ambulance was called. Against all odds, he survived. The danger of an injury like this is the copious bleeding as well as the location of the wound, which might make you inclined to use Protocol 21; however, Brian Dale, IAED Associate Director of Medical Control and Quality Processes, says that Protocol 27 would be the best choice as it better addresses both scene safety issues and mechanism of injury.

Whether it’s a vicious street attack or a clumsy kitchen accident, the key to correctly coding a call involving a knife-related injury is remembering to prioritize scene safety. Once scene safety issues have been addressed, make sure you also address the mechanism of injury.