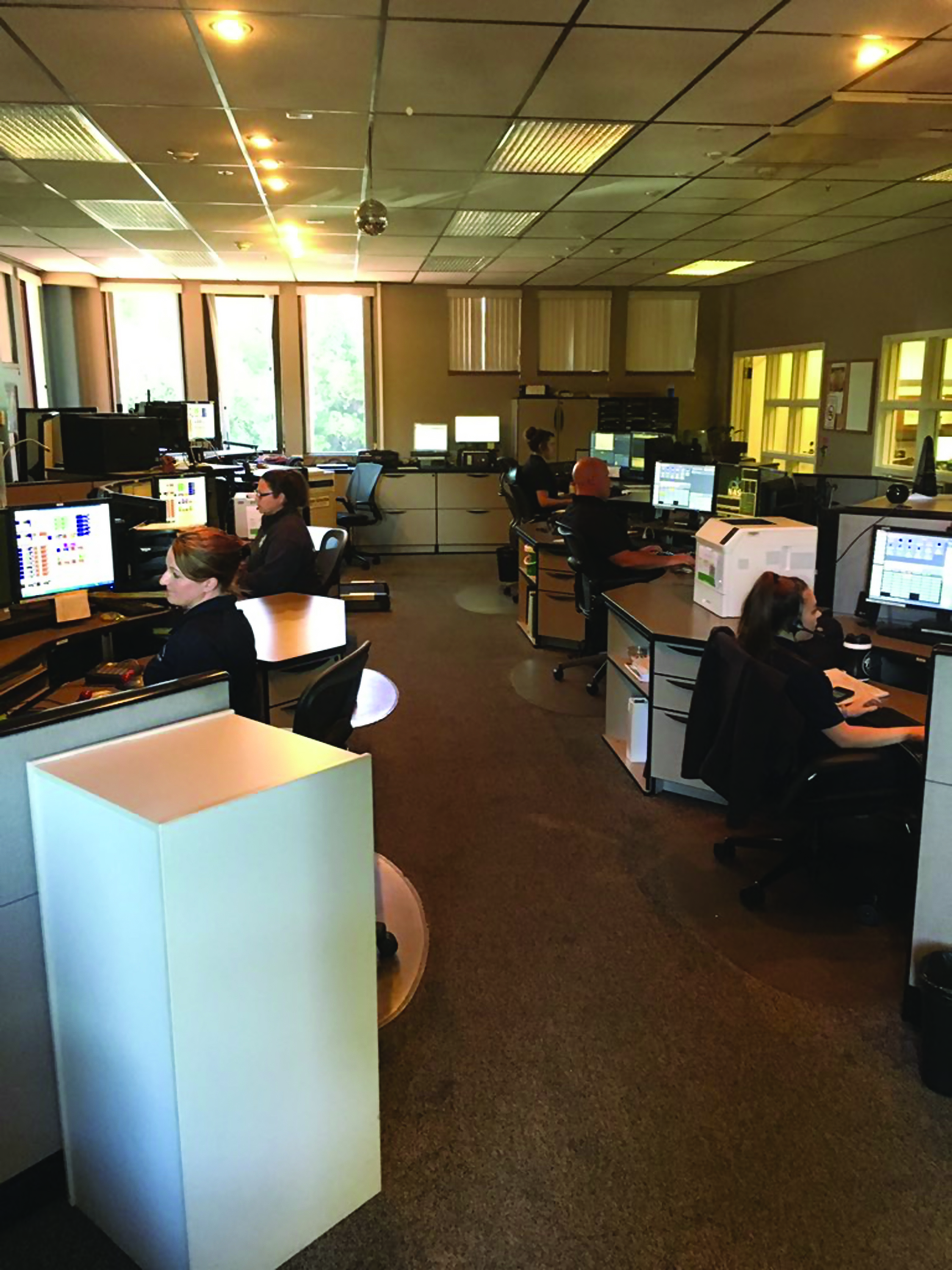 The Sunnyvale Department of Public Safety (SDPS) is going on 70 years old, and there’s been a center dedicated to dispatching emergency calls ever since it opened, although they didn’t adopt the Medical Priority Dispatch System™ (MPDS®) until 1997.

Located in Silicon Valley on the south side of San Francisco Bay in California, U.S., the Sunnyvale Emergency Dispatch Center serves 150,000 citizens. The center director Michael Spath, who has been a dispatcher since 1991, said that they receive and place roughly 180,000 calls each year.

Sunnyvale’s center faces the same problems as most dispatch centers worldwide. When someone goes on vacation, it can be a struggle to find someone who can cover their shifts, and often the person covering for them has to take overtime. Unlike other dispatch centers though, Spath said that Sunnyvale doesn’t worry about high employee turnover. Rather than quit, “people tend to retire from Sunnyvale,” Spath said.

Spath said Emergency Dispatchers tend to stay, for at least a couple of reasons. For one, they have competitive benefits. He also believes that Sunnyvale’s unique safety model itself is attractive. Both police and fire personnel are cross-trained. As a result, dispatchers wear many hats as well.

Like other dispatchers worldwide, they have to learn how to handle the stress that the job entails. Countless studies say that one of the top ways to combat stress is exercise. Sunnyvale has a treadmill and a stationary bike that dispatchers can use during their 11-hour shifts. According to Spath, they’re fairly popular. In addition to the in-house exercise apparatus, the city of Sunnyvale has a wellness program for its employees.

That takes care of the physical side of handling stress, but what about the emotional side? The SDPS has a Critical Incident Stress Management (CISM) team whose board is made up of responders from different areas of public service, including dispatch. One of the members of the board is Andrea Atkinson, who has worked in dispatch in the Los Gatos-Sunnyvale area for 21 years and has a bachelor’s degree in behavioral science. Atkinson runs a peer support group where all personnel in dispatch, EMS, fire, and law enforcement services can come and find a “safe and confidential place to seek support for the trauma that they have sustained due to the stressors of their career.” 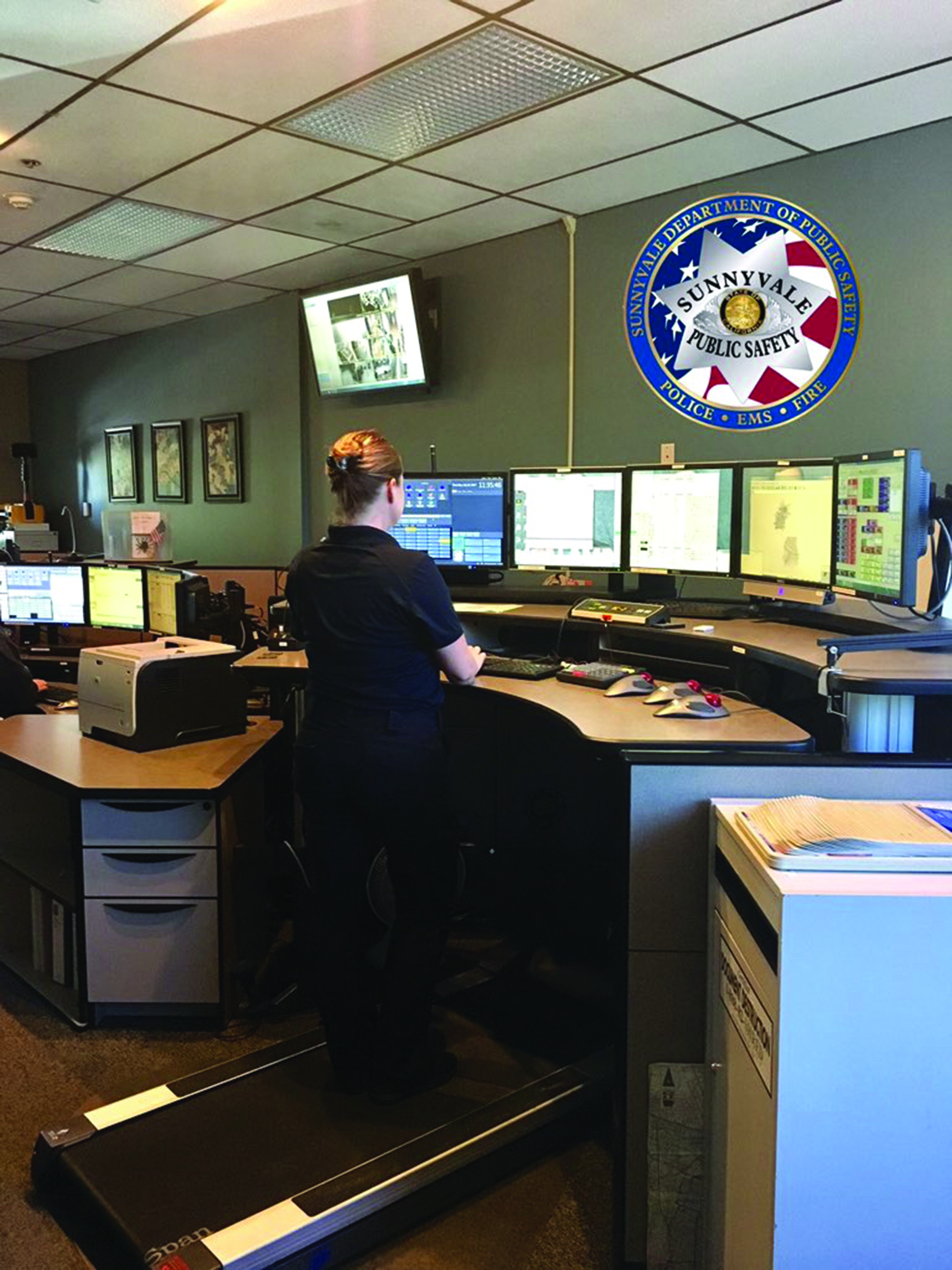 While Atkinson was driving back from a CISM training with Public Safety Officer Lieutenant Kirk Kim in late 2016, they discussed how they could best support officers and other public safety personnel, including dispatchers. She talked about how she’d seen lots of people in their field of work experience post-traumatic stress disorder (PTSD) and other levels of stress and how there weren’t a lot of law enforcement friendly outlets. For example, if someone in the emergency response field were to go to a regular support group and say that they had had a sudden infant death call that day, the civilians in the group would have a hard time getting over the shock of hearing about such a devastating event. If they had a support group made up of other emergency responders, Atkinson posited, the group wouldn’t have to get over the shock first because everyone has dealt with something similar. Instead, the individual could dive right into how the call had affected them personally.

They eventually decided to start a local, no-cost program. Atkinson did some research and found a program similar to the one she would like to see in her community. The only problem was that it was in Livermore, which is a two-and-a-half-hour drive away from Sunnyvale. Atkinson thought that that was too far for someone in crisis to go for support, so she went and observed Livermore’s program, where she saw responders crying and being vulnerable. “You don’t really see that side of responders,” she said. She then spoke with the program founders to get a sense of how to start a similar program in Sunnyvale. The founders warned her that it might take a year or two and Atkinson had the peer support group ready to go in six months. They had their first meeting in the beginning of May 2017.

Atkinson was prepared for no one to show up for meetings for at least a year. Instead, she was pleasantly surprised that eight people showed up to the first meeting and that attendance has hovered near there since then. The ultimate goal is for the group to become a safe place where responders can reach out to one another, learn how to verbalize what they’re feeling, and find resources. Meetings are held twice monthly in a local church.

Spath has many goals as the director of the Sunnyvale Dispatch Center. The staff is working toward becoming an ACE. The center has been looking at becoming accredited for a long time, but things haven’t lined up the way they need to. Spath hopes that now everything will work together and they can achieve this goal. Second, they are looking forward to implementing the Text 911 program very soon. Spath would also like to get the center to full staffing. Authorized staffing for the center is 14 dispatchers, 5 senior dispatchers, and 1 communications manager; the center currently has 2 dispatcher vacancies.

What’s the thing Spath loves most about his center? “The people,” he said. “The dedication of everyone that works here. Everyone comes in wanting to do a good job, wanting to help people. Everyone has a keen interest in how we can do things better that never seems to go away.”