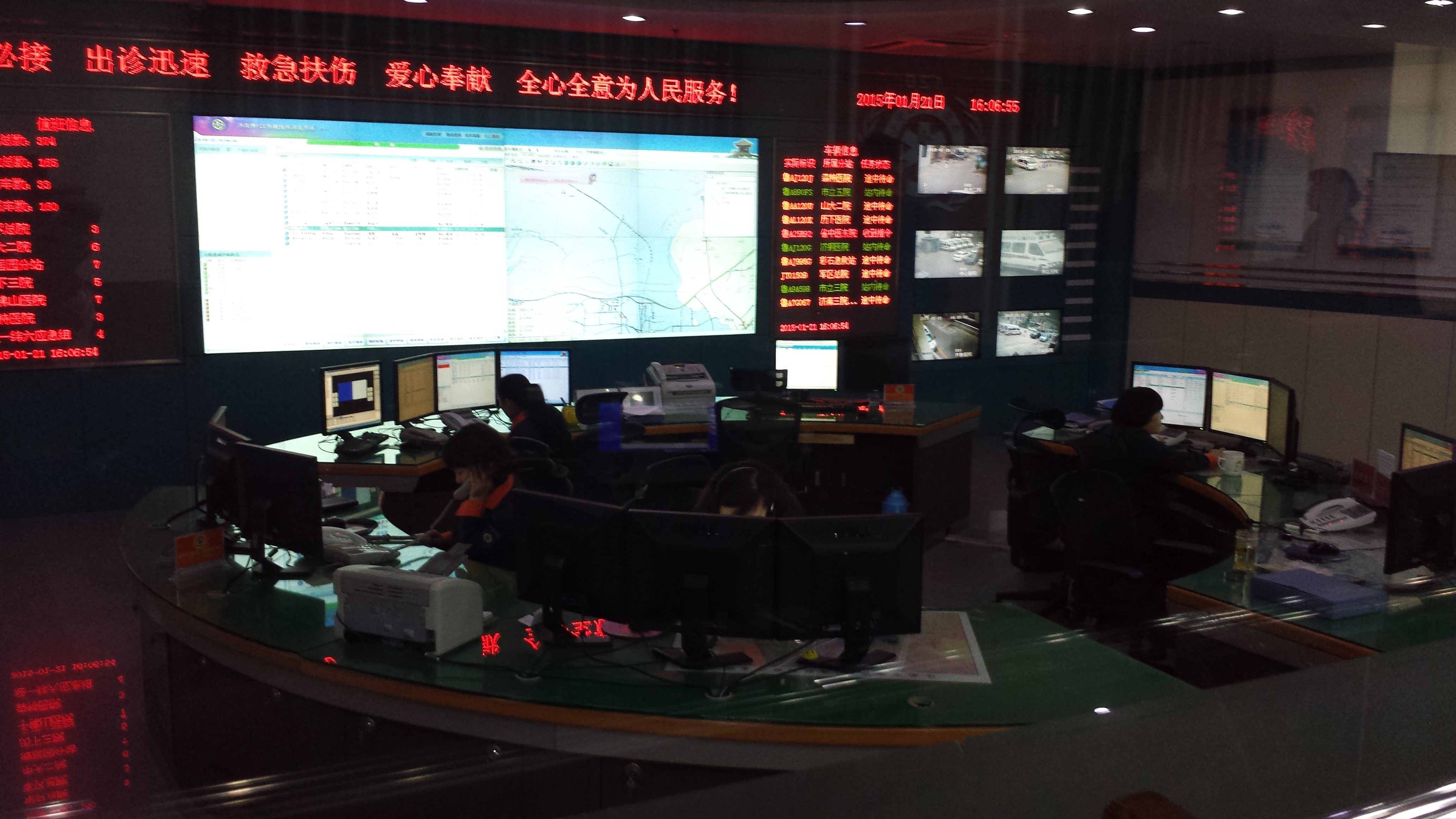 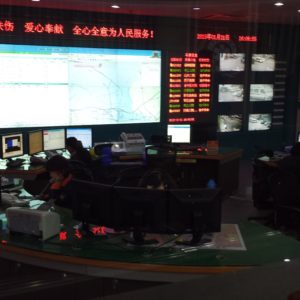 The ambulance was en route in response to a baby-on-the-way emergency call. Would crews make it in time to resuscitate the baby who was neither breathing nor crying?

A 73-year-old woman was without a heartbeat. Would she live long enough to make it to the hospital and survive?

Similar dramas are played over and over each day, thousands of times, in the emergency dispatch centers using the Medical Priority Dispatch System™ (MPDS®). Baby deliveries. Sudden cardiac arrest. Motor vehicle accidents. Falls. Choking. And thanks to the phenomenal growth in the use of the MPDS in China, millions more people are receiving the benefits of a protocol system both standardized in form and modified to complement cultural nuances.

As of December 2016, 25 centers in China were using the protocol, and at least five more were on the verge of implementation. Some centers are stand-alone facilities, while the majority are part of a hospital’s emergency medical services.

China’s Ministry of Health inaugurated the practice of emergency medicine in 1986 as an official specialty, establishing the Chinese Association of Emergency Medicine. In 1996, the number “120” became the official three-digit number to call in a medical emergency. Six years later, the Administrative Committee of the Emergency Medicine Center Branch of the Chinese Hospital Association was organized to develop a prehospital care system.

Beijing’s selection as host city of the 2008 Summer Olympics increased emphasis on technology, infrastructure to support global networks, and delivery of medical services. Due to the disparity in EMS across China, the Ministry of Health set a goal to standardize and clarify practice guidelines and promote systems methodology to emergency medical care. The consequent three-stage approach highlighted nationally applied accreditation and training programs culminating in outstanding centers of excellence. They wanted to “fill in the time gap” between emergency call and on-scene EMS arrival.

It was at this same time that two American authors, Jeff Clawson, M.D., and Kate Boyd Dernocoeur, caught the attention of Ding Fang, a representative for the Chinese CAD vendor Zhuhai Anke.

“He read Principles [of EMD] from cover to cover,” said Ken Hotaling, Priority Dispatch Corp.™ (PDC™) program administrator. “The book convinced him this was the way to go.”

Ding’s fascination with the MPDS led to the Academy’s presence at a conference hosted by the Health Ministry in Beijing. Dr. Clawson, protocol inventor; Ron McDaniel, VP of Client Support, PDC; and former PDC Consultant Bill Boehly discussed protocol implementation and deployment in other parts of the world.

Commitments were made. Suzhou and Wuxi in Jiangsu province along China’s east coast and Yunnan province in southwest China were the first centers to implement MPDS.

Suzhou was a new center and, from the start, served a population close to 6 million. Calltakers were trained and certified, in addition to instructors and quality assurance specialists. Dispatchers rotated through the EMD certification course, and two EMD certified instructors traveled to China to conduct an Instructor Academy.

Resources were established in China to oversee everything, from training to software, and all collateral materials.

A certified EMD and ED-Q™, Gao also certified as a ProQA instructor and spent a month working as a dispatcher at an ACE agency as part of his training to become familiarized with the Medical Protocol, ProQA and AQUA® software, and understand how dispatchers use both of them. That training, in turn—along with tutelage from Priority Dispatch System™ (PDS™) Program Administrators Ross Rutschman and Hotaling—provided him with the experience and knowledge necessary to assist other agencies in China through the implementation, go live, and post go live phases of using the protocol.

Gao said an important part of his role involves acting as an advocate and customer service representative for the agencies with which he’s worked in order to develop a high level of trust.

“If the clients don’t like you, they won’t ask you questions they need to ask,” Gao said. “I always tell them, ‘Anytime you have a question or problem, call me.’ Some call me in the middle of the night. But that’s OK; I do it. I’m always there to back them up.” 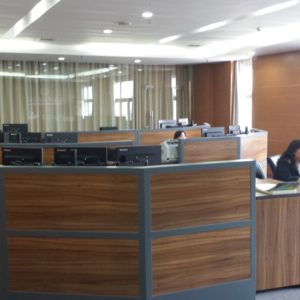 Ding and two translators developed a (simplified) Chinese language version of Principles and training materials. The Chinese Cultural Committee (made up of MPDS users in China) translated the North American English version of medical ProQA, and suggested revisions to better capture cultural differences without jeopardizing the protocol’s integrity.

For example, the word “drug” means “to absorb poison” in the Chinese language and is considered insulting and not used in polite conversation.

In MPDS, the word “drug” appears in Key Question 6 of Protocol 10: Chest Pain/Chest Discomfort (Non-Traumatic) and Key Question 7 of Protocol 19: Heart Problems/A.I.C.D. The Chinese Cultural Committee suggested rewriting the word in Chinese to mean medicine-like substance, which the IAED approved.

“Now it will be much easier for the callers to accept the way they are asked,” Zhang said.

The translation, however, wasn’t about an American product going overseas, and that’s a major reason Ding was able to attract emergency center leaders to MPDS.

“They truly view MPDS as an international system and not simply an American product they bought into,” Hotaling said. “It’s the international focus creating the excitement.”

The universality is the beauty of the MPDS Protocol, Gao said.

“Even though they were invented in the USA, the protocols work and save lives in China, just as they do throughout the world,” he said.

Work behind the scenes has included building caller confidence through public education campaigns and teaching dispatchers how to give callers the impression of a professional helper when using the structured question sequence.

Ding considered the centers pioneers in “Zero-Minute Response,” and embraces the concept that emergency care starts at the moment the telephone rings. Right from the start, he anticipated other centers following suit once other leaders in China’s emergency communications field realize the potential. 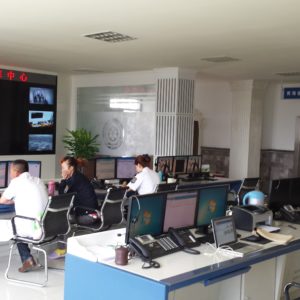 Yunnan Emergency Center established its dispatching system in 1992, and during the past 25 years it has incorporated an advanced computerized information processing system, global positioning system (GPS), and General Packet Radio Service (GPRS). MPDS went live in August 2010, and in one year, April 2010 to April 2011, the sudden cardiac arrest patient survival rate through CPR increased from 2.4 percent to 12.33 percent, according to a report from the Yunnan Provincial Dispatch Center.

Based on these comparisons, the report concluded that following the protocols and providing PDIs and DLS reduced the average dispatch time and increased the survival rate.

“Their plan was to raise the survival rate, and that’s exactly what they did,” McDaniel said. “A lot of the credit goes to the people determined to make this happen.”

Protocol users and prospects know up front that ACE is part of the package. To date, seven agencies in China have attained EMD ACE status in the past four years.

Wuxi Emergency Medical Services (EMS) Communication Center was the first to achieve ACE in April 2013. Wuxi Emergency Center provides emergency care coverage to 3.6 million people in a predominantly urban province covering 1,643 square kilometers (1,021 square miles). Wuxi is the primary PSAP for a stand-alone ambulance service affiliated with China’s Center for Disease Control and Prevention and, each month, receives an average of 23,000 calls and dispatches an average of 5,300 ambulance runs.

“Being accredited assures that we can help people in a more accurate and efficient way,” said Chief Dispatcher Chen Jie Lian, EMD. “The quality of emergency care improves, and calltakers and dispatchers are fulfilled by what they can do.”

ACE is a required part of the Academy’s protocol agreement in China, according to McDaniel.

“I would rather walk away if we can’t agree on the ACE,” he said. “But only look at the numbers from centers using MPDS. I have yet to walk away. They reach ACE standards and are accredited generally within six months.”

ACE is the reason MPDS is spreading so fast in China, McDaniel said. Each center serves as an example for the next potential user and high approval ratings make the job easier for Hotaling and Rutschman.

“Ken and Ross are the shining stars in China for how this works,” McDaniel said. “They’ve been at it for several years and have learned how the country works. How decisions are made.”

Back to the baby and CPR 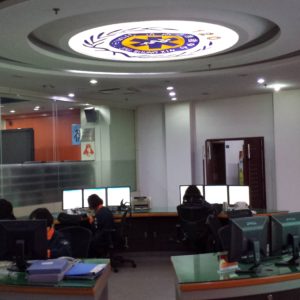 EMD Wu Ye, Jiangyin Emergency Center, in Jiangyin, China, received an emergency call at 1:45 a.m. on June 26, 2016, from a caller whose wife had delivered their baby in the car on the side of the road moments earlier. The baby was neither crying nor breathing. Wu immediately instructed the caller to gently massage the baby’s back, clear the baby’s mouth, and, when the baby’s condition did not change, she gave instructions for CPR. The baby let out a loud cry, and Wu used the MPDS breathing diagnostic tool to verify breathing in the normal range. Three days later, Jiangyin Emergency Center was told that mom and baby were doing well at the People’s Hospital of Zhangjiagang. The family praised Wu, who, they said, performed in a professional way.

Xia Jing, Wuxi Emergency Center, in the Jiangsu Province, was selected Dispatcher of the Year at Asia NAVIGATOR 2016 based on her ability to manage callers during situations involving a high degree of difficulty, and the two calls submitted (mentioned earlier in the article) with her nomination required giving CPR instructions.

On March 10, 2016, family members of a 70-year-old unconscious male found him with his lips turning blue. Using the MPDS and CPR PAIs, Xia was able to get the bystanders to complete an initial 600 compressions followed by continued resuscitation efforts. Paramedics arrived 10 minutes after the call was placed. The patient was successfully resuscitated.

On June 14, 2016, family members of a 73-year-old female found her with no heartbeat. Using the MPDS, Xia guided the bystanders through CPR, completing more than 10 minutes of compressions, with interspersed ventilations after the initial 600 compressions. Paramedics arrived after nearly 13 minutes. The patient was successfully resuscitated.