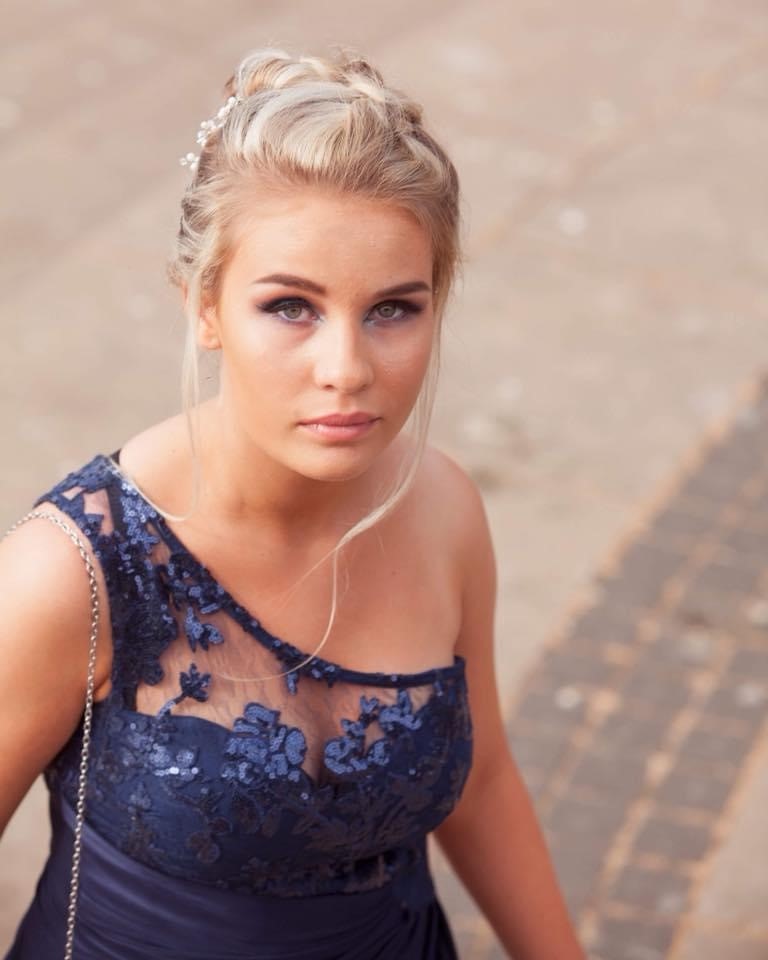 A neighborhood group dog walk introduced Fiona Bayley to an opportunity to modify an existing mindset in stroke identification. The same goes for co-worker Fiona Roberts. She wasn’t along for the same dog walk, but she was elated to go the distance.

Bayley and Roberts work at East Midlands Ambulance Service (EMAS), Nottingham, U.K. Bayley is a calltaker and an ED-Q™ (call auditor). Roberts is a calltaker and an Education Developer (trainer). A call for speaker presentations for UK NAVIGATOR inspired them to develop a proposal, and among their ideas was a review of the Medical Priority Dispatch System™ (MPDS®) Stroke Diagnostic Tool. 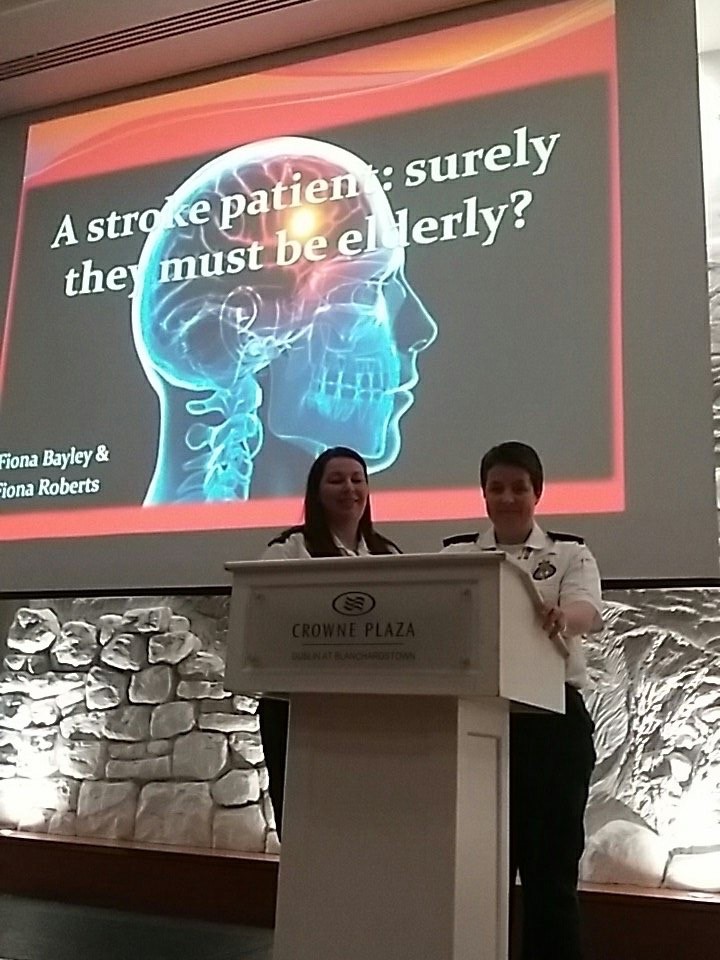 Enter Ella Raynsford, a 15-year-old seconday school student who often went along on the neighborhood group dog stroll. Ella and Bayley got to chatting, and Ella stunned Bayley about her experience involving emergency care.

“I was shocked,” Bayley said. “Never once had I thought about a child having a stroke. A stroke patient surely must be older. Children don’t have strokes.”

Bayley was incredulous. As a calltaker, she naturally considered the possibility that they had overlooked the Stroke Chief Complaint for a caller not meeting the popularly perceived age criteria, despite complaining of stroke symptoms. She also looked at her own children, comparable in age to Ella. The same could happen to them. No one expects stroke in a healthy, active teen.

Ella was athletic and she gravitated to karate and kickboxing.

One night at mixed martial arts training, she sustained a neck trauma followed sometime later with a hand trauma. She felt a numbness in her arms. Her parents, Graham Raynsford and Claire Garton, noticed Ella was acting a bit off. She was slow, not responding well, but logic dictated the hand trauma was causing the sensation of pins and needles. The lethargy was easily attributed to an energetic teenager with a busy social life.

Her symptoms intensified. The numbness spread from her limbs to her face. She felt warm. Her parents called 111 and were advised to bring Ella into an Accident and Emergency Services (A&E) Clinic. The triage nurse gave her one look and asked Graham and Claire, “Has her smile always been drooped?”

"That’s when the bells went off,” Claire said.

Ella was whisked away for neurological testing. A CT scan and MRI showed bleeding in Ella’s brain, which was attributed to causing the stroke. The stroke diagnosis was shocking, something no parent of a teenager would ever expect.

“Stroke in the young doesn’t cross your mind,” Claire said. “It’s the last thing you expect to hear. We were shocked.”

Jump ahead three years. Ella, a once incredibly athletic person, was no longer participating in mixed martial arts or karate. She and several friends had remained close, but others had dropped away. They no longer shared the same athletic interests. She was open about her experience and never shied away from describing what happened.

As Ella’s experience showed them, strokes can happen to anyone, not only stereotypically among the elderly. It was a message that Ella and her parents shared in a video that became part of a presentation at UK NAVIGATOR and Euro NAVIGATOR.

Ella stole the show in her debut. She is perky, candid, and dispels misconceptions identified through case studies in the subsequent presentation “A Stroke Patient; Surely They Must be Elderly.” The case studies present hypothetical patients in the age groups of infancy, teenage, middle-age, and senior age. The audience is tasked to choose the patients most likely experiencing a stroke, based on symptoms Bayley and Roberts had researched and incorporated into seven scenarios. A 90-year-old male patient was everyone's selected stroke patient. Their answers were one patient short. No one had selected a 12-year-old exhibiting the same symptoms after a fall.

“It proved the point,” Roberts said. “Somebody’s age influences the Chief Complaint. That perception emphasizes how difficult it can be for an emergency dispatcher to identify a stroke when it deals with age. We don’t expect a stroke in the young.”

Statistics accompanying the presentation drive home the message (see below).

Roberts said meeting Ella for the video drew her to the cause. She could not resist promoting a potential knowledge gap in stroke identification within their education development program. Training now includes use of the Stroke Diagnostic Tool when recommended by protocol (automated) and when the calltaker believes it appropriate based on new and updated information (manually from the ProQA® toolbar).

“They are much less likely to dismiss possible strokes as a Chief Complaint [MPDS Protocol 28] based on symptoms reported for younger patients,” Roberts said.

Subsequent analysis of 999 calls in which Protocol 28 has been selected between April 2019–March 2020 showed that 194 patients between the age 0–17 years had experienced a stroke/stroke symptom (EMAS figures). 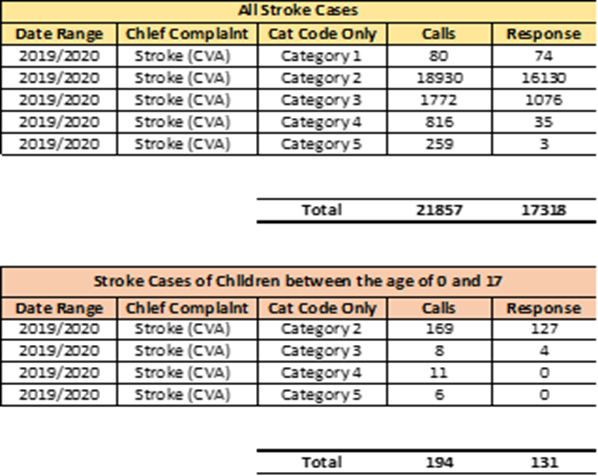 Beverley Logan, IAED™ U.K. Associate Director/National Accreditation Officer, was inspired and enlightened by Ella’s story when she attended Bayley’s and Robert’s session at UK NAVIGATOR 2018. Like most, Logan had attributed the age factor to the chance of stroke.

“What a change in the mindset,” she said.

NAVIGATOR sessions are often the platform for further study and a way to bring topics to a larger audience internationally. The stroke presentation highlighted the reality of strokes occurring in younger people and it has taken on a new role in control centers. Per Logan’s recommendation, UK/Europe MPDS instructors supplement their courses with the information to deepen the knowledge of stroke. There has been mention of adding “Ella’s Law” to the stroke protocol to remind emergency dispatchers that age is not a primary factor for the specific Chief Complaint.

Ella’s story has affected Bayley and Roberts on a deeper level.

Ella does not hide the facts of what she can do and what she is determined to do. Now 18 years old, she works part time. As a result of the stroke, she developed epilepsy, which forces her to avoid overexertion since it can trigger seizures. There are days when she forces herself out of bed because of the fatigue related to the stroke and its neurologic damage. She has yet to regain the full use of her left hand and arm. Despite the ups and downs, her tenacity carries the day, Bayley said.

Bayley and Roberts still look to Ella for motivation. Her story has become personal for them.

“The more we do, the better,” Roberts said. “Any opportunity we can get to promote this topic, we grab it.”