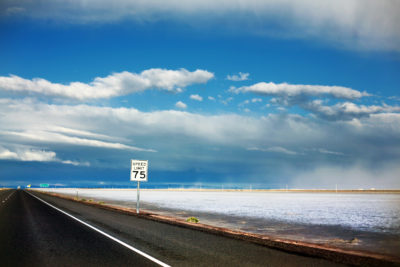 Denise Thompson thought it was a cosmic sign to change her life.

She loved her job as a calltaker at Charleston County Consolidated 911 Center, S.C., but something was pushing her to pack up the car and return to her home state of Michigan.

It didn’t take long for Thompson to realize leaving South Carolina wasn’t about a midlife crisis, job burnout, or nostalgia for the place where she was raised. Michigan wasn’t the cure-all, although the move back to her home state allowed her to tie up a few loose ends and—maybe more importantly—grasp the message the cosmos had intended. She was grieving over the death of her sister two years earlier.

“I was sorting through boxes of her stuff,” Thompson said. “It was causing me a lot of pain—the memories—and that’s when I started thinking. Stress from the job was part of it, but it wasn’t the cause.”

The unexpected loss of her sister from sudden cardiac arrest (SCA) was not the first in Thompson’s list of personal tragedy. Her mother, father, and step-dad had died over a four-year period between 2005 and 2009, and, after each death, rather than mourning, she did what all good communication center professionals might do. Thompson went on to the next day. She shoved the sorrow into compartments and locked them away, never to be felt again.

“You can’t do that forever,” she said. “Sooner or later, there’s no room for any more compartments. Eventually, you reach overload.”

Thompson’s final straws were two 911 calls, and they were the types of calls that the self-described law enforcement enthusiast would typically handle with no problem. The first was a call she answered involving a Snapchat message that led to the fatal stabbing of a 16-year-old male in January 2015. The second was in June 2015 when she was on duty for a call garnering national attention: the murder of nine congregants at Emanuel African Methodist Episcopal Church in Charleston by a shooter later indicted on federal hate crime charges.

“After that call I wondered where my adrenaline pump had gone,” she said. “I wanted to smoke a bunch of cigarettes, listen to Rod Stewart as loud as my radio would go, and drive 75 miles per hour away from the center.”

“I was maxed out,” she said. “My compartments were overloaded.”

She was in Michigan within three months.

Although the job sorting her sister’s belongings was wrenching, it also was an inroad to decompression and, as Thompson explained, confronting the grief she had locked away.

“I could feel myself unwinding,” she said. “The compartments were emptying.”

Less than four months later, Thompson headed back to South Carolina, where one of her adult children lives. Thompson was eager to go back to calltaking and contacted her former supervisor at the Charleston County Consolidated 911 Center.

In retrospect, she had never wanted to leave.

“Michigan was my past, and Charleston was where my life was now,” she said.

She admits emergency calltaking is stressful, but so is life, she said, and the reaction to the avalanche of unresolved emotions—packing up and leaving—influenced Thompson to change a few things. She eats healthy (and has lost 60 pounds), she goes for walks, and she developed into a DIY home project painter to distract her during off-duty hours. She’s on guard for the signs of overload.

“The job drains your emotions,” she said. “You have to figure out what’s causing you stress and what to do about it or the same thing that happened to me could happen to you. I’ve learned it’s all about balance and boundaries and being aware of what will trigger stress in your life.”