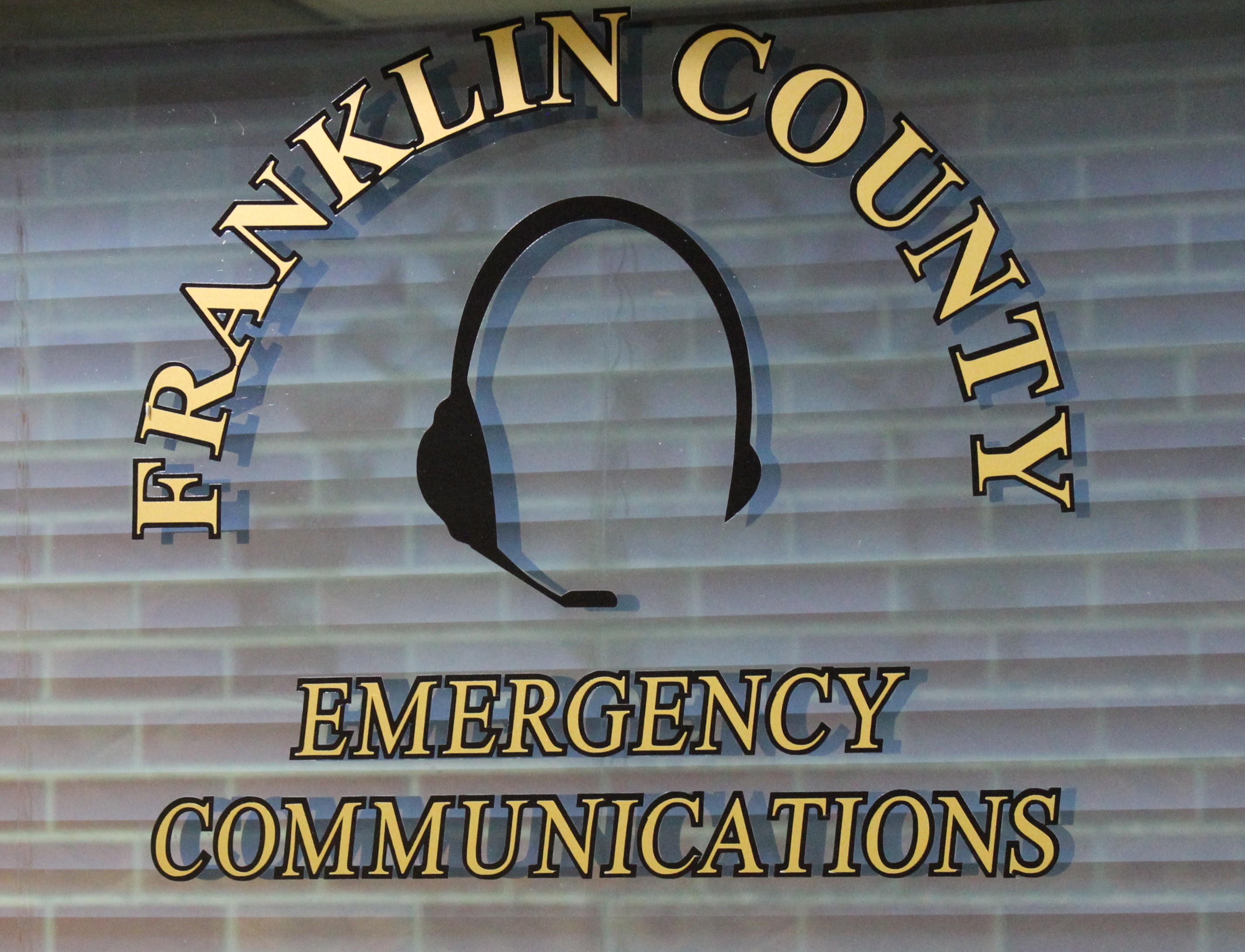 In the beginning of May 2020, Franklin County Emergency Communications Center (Ottawa, Kansas, USA) and its service areas experienced a severe spring storm that brought hail and high winds, knocking down trees and power poles. What happened next was indicative of the attitude of Franklin County ECC emergency dispatchers.

“Two employees just showed up unannounced,” reported Sarah Peffly, Dispatch Manager. “They put on a headset and went to work. They know where they need to be when crap hits the fan.”

It’s important to know you can count on your colleagues in the smoothest times—it’s especially important when you’re a small center during any kind of disaster.

Emily Stanley, a Dispatcher II and one of the employees who came to help during the May storm, said it’s something positive she’s learned and relearned about her co-workers in recent times of change and crisis. “Everybody has stepped up to the plate, no matter how burned out they feel,” she said.

The physical building that houses Franklin County ECC is in downtown Ottawa. It’s a beautiful red brick building that also houses the Franklin County jail. A long way back, dispatchers also used to be jailers and although none of them currently carry keys to unlock cells, they do field calls from the lobby shared between the jail and the communication center from people coming to pick someone up from lockup.

Until 2018, Franklin County ECC was part of the Franklin County Sheriff’s Office, which is why they’re in the same building. However, needs change and what Franklin County ECC found they needed was to become a standalone agency. Rather than answering to the sheriff’s office now, they answer to a county commission. They make big decisions with the help of their advisory board, which is made up of representatives from law enforcement, EMS, emergency management, and fire departments (one from a rural department, one from an urban department).

“Everyone has a voice,” said Peffly, including the emergency dispatchers who are routinely asked for their input regarding potential changes.

Franklin County ECC is a small center: There are 10 full-time and two part-time emergency dispatchers. Between them, they cover Franklin County’s needs around the clock on 12-hour shifts. Three people are on the floor during peak times (10 a.m. to 10 p.m.), both calltaking and dispatching. Outside of peak times, only two people are on the phones and radios. With such a small worker pool, it’s important to know that you can rely on each other. That doesn’t just apply to the other dispatchers either; Franklin County ECC is responsible for dispatching for 13 individual agencies that serve a population of roughly 25,000 people. Eight of the nine fire departments are manned by volunteers, and a large portion of the service area are rural addresses.

In addition to being close to one another, they’re also close physically and emotionally with the responders they send on calls. They know the names, faces, and voices of their field units, which can be both a blessing and a burden. Franklin County had never experienced a line-of-duty death until recently when two officers died within 18 months of each other. Stanley personally drove one of the officers to the hospital in the officer’s patrol car. Even in less acute calls, they’re dealing with calls from friends, family, and co-workers.

Where do they go to rest and relax when they’re not on the clock? Because they dispatch for law enforcement, they don’t spend a lot of time hanging out at local bars where they’re more than likely to run into someone they’ve interacted with on a police call, so they tend to hang out with each other and other first responders.

“We used to have a crawfish boil every year,” said Stanley, who is from Louisiana (USA) and whose father used to bring the seafood up from Lafayette, Louisiana.

And just because their relationship with the community is complex doesn’t mean that Franklin County ECC dispatchers don’t do their best to serve and protect them. When COVID-19 began spreading in America in March 2020, the emergency dispatchers readily answered questions about pretty much anything you could think of.

“‘Am I going to get arrested if I go fishing?’ ‘Can I put my boat in the water?’ ‘Is it okay to take care of my livestock and work in the fields?’ ‘Can I take my senior citizen parents for a ride?’ ‘Is it okay if I still do court-ordered child exchanges?’” Peffly recalled. “There’s a lot of uncertainty in the community.”

Peffly is well acquainted with Ottawa and the 13 surrounding towns. She was born and raised there and has lived there all her life, except for a brief two-year stint when she lived in Moscow, Idaho (USA). She’s been working in emergency dispatch since 1998—a tenure of 22 years.

“When I first started working here, the training program for new hires was four weeks; that’s been extended out to four months,” said Peffly, who regularly worked night shifts for 16 of those 22 years. “We’ve seen a lot of changes in the last two years too, and they’ve been positive. We got a new radio system, a new phone system, and we became accredited.”

Before Franklin County ECC started the process to become an Accredited Center of Excellence (ACE) in January 2019, they didn’t have a Q program at all. Now Stanley is the unofficial head of the QA/QI division, and she’ll be an official QA/QI Lead when the advisory board approves the position hopefully sometime in the future. The team worked together and achieved ACE in April 2020, a mere 14 months after taking their first steps.

“I’m really proud of how hard they worked,” Peffly said. “I couldn’t ask for a better group of employees! Being a small agency, you come to know and trust your partner. We don’t have the backstabbing or the cliques.”

Stanley chimed in, “We accept each other the way we are. We support each other in one common goal,” whether that’s ACE or supporting their community through any kind of disaster.

Rebecca Barrus is Principal Podcaster for the Journal and Annals of Emergency Dispatch and Response (AEDR). She is also a writer and editor, with her work appearing in the Journal and several other Academy publications. Becca holds a Bachelor’s Degree in English from Brigham Young University, Provo, Utah. She worked as a ghostwriter for two years where she wrote four novels and edited several more. Becca’s hobbies include baking and watching baking shows with the intensity of an avid sports fan.