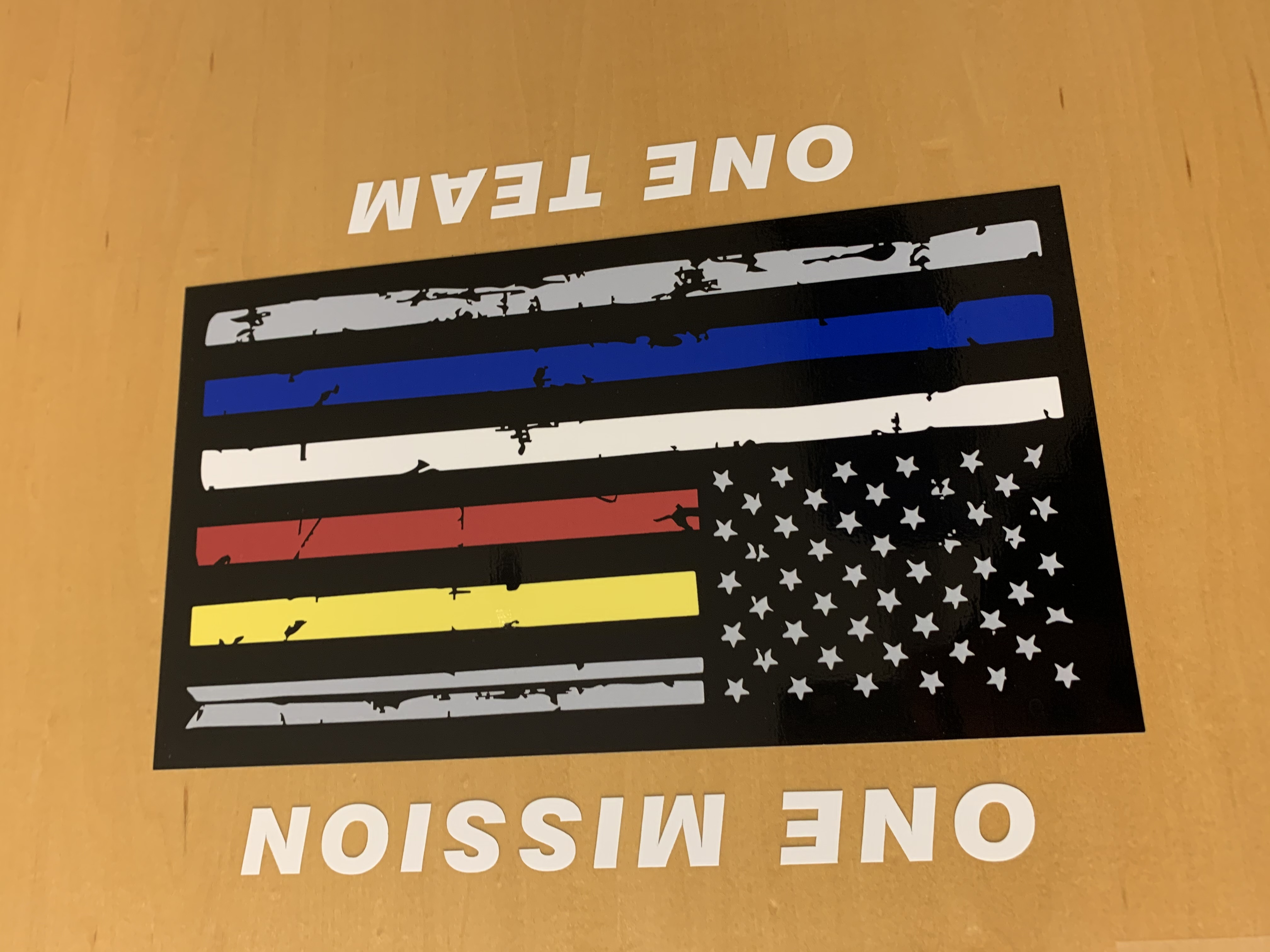 “Our people are the most important part of what we do,” said Supervisor Aubyn Giampolo, who’s made it her priority to create a community standing in support of one another. 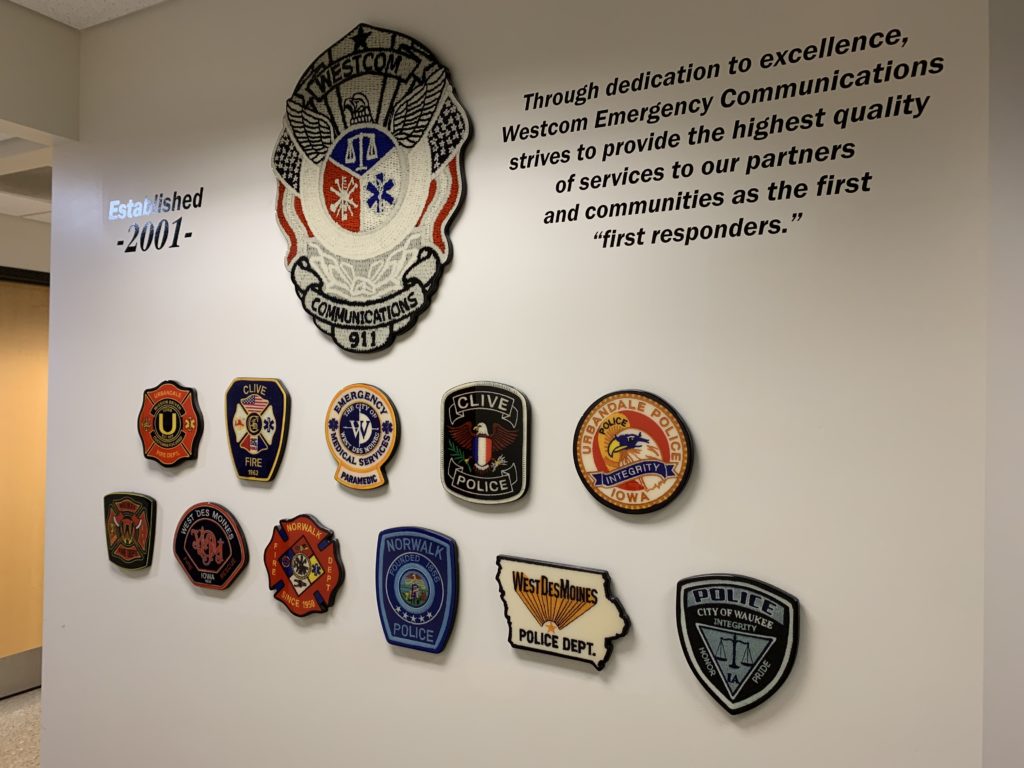 NTW is a themed event that in 2020 tied a “Back to the Future” landscape to the two weeks the 911 center was forced back into the past. A malware attack in late December 2019 that affected West Des Moines city operations brought down the 911 applications and changed the way they were handling calls. The calls were still coming in.

Fortuitously, they were able to carry on business as usual, with one major exception. No CAD. They went “old school,” Giampolo said, reverting to the paper and pen style of dispatching. They rolled with it, and Giampolo made an adventure game loosely based on the 1985 classic “Back to the Future,” which tells of a time machine that goes awry.

The game’s process of elimination can take four to six weeks to play out among competitive teams vying for prizes like a mini fridge, smart TV, air fryer, and KitchenAid mixer. Telecommunicators collect raffle tickets from winning bingo cards (numbers based on call types, IOWA/NCIC entries, and whatever else can fill a blank). The tickets are also handed out for “just about anything you can think of,” Giampolo said.

The “donations” don't amount to passing an envelope when money is needed. Rather, center staff worked together to set up an association that replicates police and fire charitable organizations. Now in its sixth year, the Westcom Emergency Communications Association thrives on contributions deducted from paychecks upon the express permission of each staff member who chooses to be involved. Everyone donating to the fund is an association member, and they decide where the money goes. NTW festivities and prizes are funded through payroll contributions going into the association’s bank.

The emergency dispatcher funding goes far beyond fun and games. A majority goes to care packages or other types of gifts commemorating public service employees, particularly at times when a card cannot adequately convey their message of sympathy and shared grieving. Five line of duty deaths in three incidents during 2016 hit Westcom Emergency Communications hard.

In March 2016, Westcom Emergency Communications received a call at 12:32 a.m. about a vehicle traveling the wrong direction on eastbound Interstate Highway 80. Within a minute, the emergency dispatchers received a second call that the vehicle was involved in a head-on collision. Four people were killed in the fiery crash: Des Moines police Officers Susan Farrell and Carlos Puente-Morales, a prisoner they were transporting, and the driver of the other vehicle.1

Five months later, West Des Moines Police Sgt. Shawn Miller was killed in a motorcycle crash while returning from court after testifying in a hit-and-run case at the Dallas County Courthouse.2

Three months after the last call for Sgt. Miller, in November 2016, a lone gunman ambushed two Des Moines police officers—Officer Justin Martin and Sgt. Tony Beminio—who were sitting in their patrol cars at separate locations, two miles and 20 minutes apart. While the suspect targeted police, the officers he killed were chosen randomly.3

The overwhelming loss of five officers in eight months turned into an opening to help other centers grieving similar losses. They send care packages to “let them know we are thinking of them,” Giampolo said.

If it’s not packages showing they care, Westcom also participates in voluntary events, such as packaging events for Meals from the Heartland and a dodgeball Special Olympics Iowa fundraiser. They sponsor a Toys for Tots drive during the holidays. The communities reciprocate. In April 2019, EMD Peg Aldrich was honored at an Iowa Cubs baseball game for providing CPR instructions over the phone that in eight of her calls, the patient survived and was discharged from the hospital.

While NTW events and the goodwill represented in care packages go a long way in keeping the communication center community connected, commemorative plaques reinforce their importance. A CPR Plaque that made its debut in 2007 is in its fifth edition totaling nearly 50 names—some more than once—with a save in February 2020 that brought EMDs Alex Kerr and Chinyere Nwogu in front of the Urbandale City Council in recognition of giving PAIs that directly helped save a life before field support arrived.

The Stork Plaque is quickly catching up with stories about the over-the-phone delivery featured on the Westcom Emergency Communications Facebook page. EMD Brian Albright supplied childbirth PAIs on Nov. 23, 2018, which merited him the No. 6 spot on the plaque and the distinction of giving the father instructions on helping the distressed infant breathe.

It seems unfair to point out only two examples of CPR saves and baby deliveries. Post after post on the Facebook page recognizes emergency dispatchers as community volunteers, lifesavers, and response coordinators who “work tirelessly” during thunderstorms, tornadoes, and other hazards that—as you might guess—qualify emergency dispatchers for “On the Spot” awards for efforts in the extreme.

Giampolo said creating community inside and outside the center is all about engagement.

“We can rely on people,” she said. “The people you work with are there standing behind you, and the people calling know we’re here for them.”