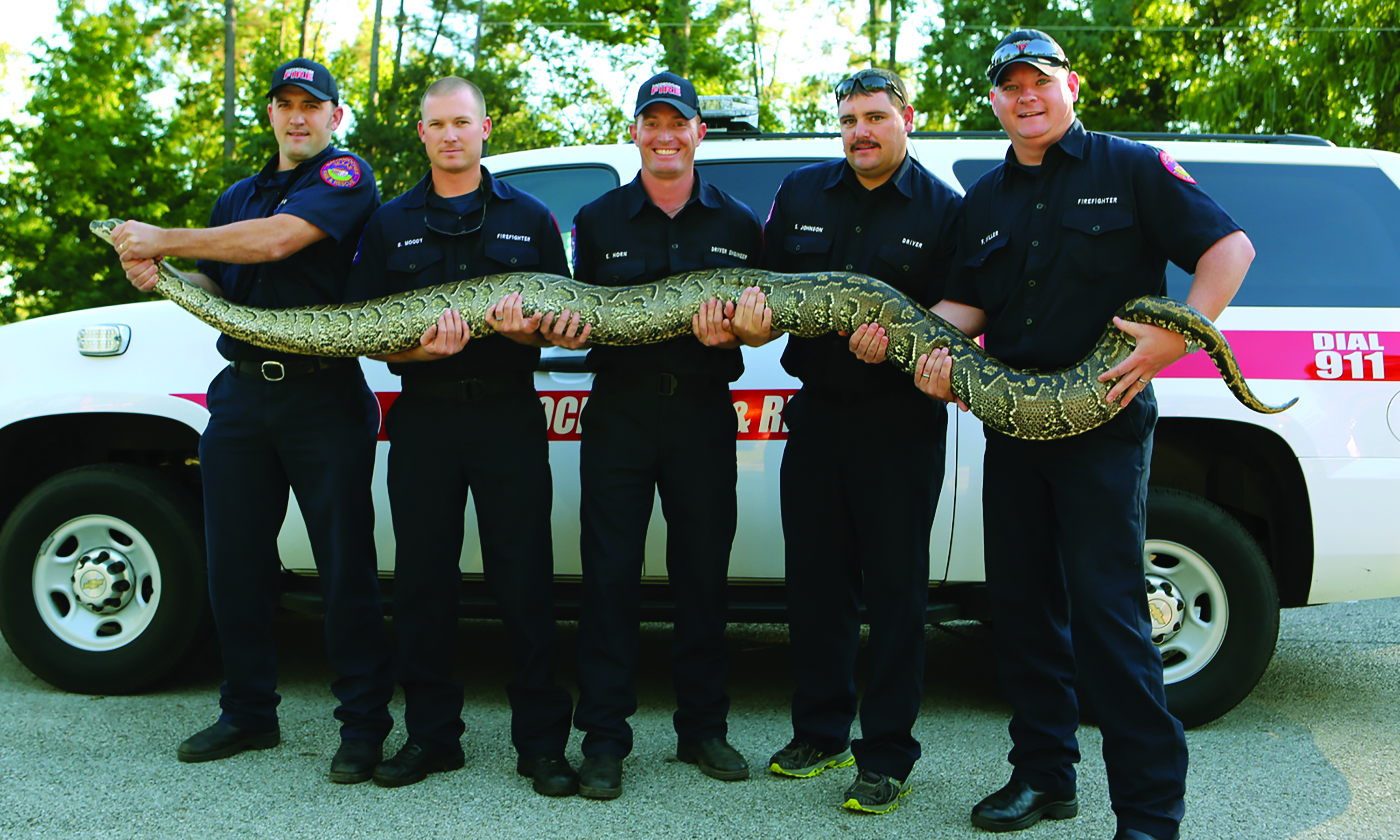 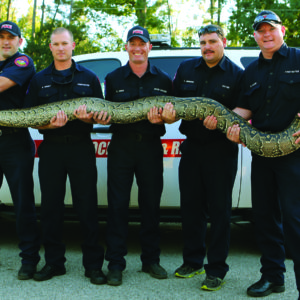 Somewhere in Utah (USA) at an undisclosed location resides a colony of snakes sacrificing freedom and venom for the good of humankind.

Well, perhaps that’s a bit dramatic. However, there is a compound somewhere holding rattlesnakes in captivity for the venom vital to the production of the antidote to the very poison they possess.

Every month, a British company (BTG) milks venom from these 500 carefully nurtured and long-term custody North American pit vipers, which is then shipped to Australia. The venom is injected into sheep specifically bred in preparation for a monthly blood donation to release the antibodies produced by their immune system.

But that’s not the end of the trip.

From Australia, the blood serum or plasma is packaged and shipped to a facility in rural Wales, where it is concentrated and purified into pharmaceutical-grade antivenom before sending it on to the U.S. for distribution to doctors. BTG antivenom is used to treat more than 5,000 potentially lethal pit viper bites every year in North America. Each vial costs a hospital about $2,300, and each dose involves four to six vials given intravenously over an hour.

Snake venom is basically highly modified saliva that is made up of around 80 percent proteins and 20 percent enzymes, of which one-fifth of the unique mixes of zootoxins and proteins are the lethal snake venom.1 Most snakes use fangs to inject the venom, although some species are capable of spitting venom. Venom causes pain, swelling, and blistering at the site of the bite, and it damages tissue. Large amounts can cause internal bleeding.

About 5.4 million snake bites occur each year, resulting in 1.8 to 2.7 million cases of envenomings (poisoning from snake bites), and there are between 81,410 and 137,880 deaths and around three times as many amputations and other permanent disabilities each year.2 The highest death tolls are in South Asia, followed by West sub-Saharan Africa and East sub-Saharan Africa, while the lowest numbers of deaths are estimated for Australasia, Southern Latin America, and Western Europe.3

The Centers for Disease Control and Prevention (CDC) estimates that as many as 8,000 people are bitten by venomous snakes in the U.S. each year, and about five of these people die.4

Although the World Health Organization (WHO) includes snakebite antivenom on its List of Essential Medicines, the world is experiencing shortages of antivenom. Several factors have led to the problem. Few countries have capacity to produce snake venoms of adequate quality for antivenom manufacture, and commercial sources do not reflect the geographical variation that occurs in the venoms of some widespread species. In addition, lack of regulatory control of antivenoms in some countries results in an inability to assess the quality of the antivenoms.5

Antivenom is still produced by much the same method that was developed in the 1890s to produce antitoxins for diphtheria and tetanus.6 Currently, antivenom has to be administered intravenously, although a research company in London (U.K.) is working on an antidote that can be injected into the muscle, which would allow faster treatment. 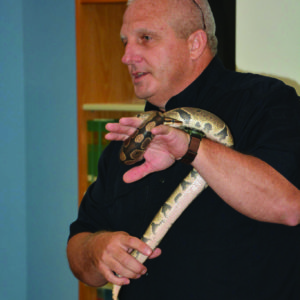 The two major families of venomous snakes are Elapidae, or the elapid snakes, and Viperidae, the vipers and pit vipers.

Pit vipers have long, hinged hollow fangs. The viper’s fangs can retract and extend, and when not in use, the fangs stay folded back against the top of the snake's mouth. Once a person is bitten, the venom takes only seconds to travel from the snake’s retractable fangs, through the skin, and into the bloodstream. Rattlesnakes are pit vipers. Symptoms are immediate and worsen over time. Medical help should be reached within 30 minutes. If the bite is left untreated, bodily functions will break down over a period of two or three days, and the bite may result in severe organ damage or death.

Elapid snakes have a pair of fangs used to inject venom from glands toward the rear of the upper jaw. Vipers are the only venomous snakes found in the U.K. The Eastern African black mamba is particularly fearsome. Although reclusive, if cornered, it will strike several times and, in the process, inject large amounts of neuro- and cardiotoxins.

MPDS® PDIs for a bite from an elapid snake (venomous snake having hollow, fixed fangs) were formerly the domain of the Australian version—and for good reason. In Australia, species of venomous snakes outnumber the species of nonvenomous snakes four to one. The largest, most dangerous species is the taipan, a tropical species that can reach a length of 11.5 feet. Several species of tiger snakes are more widespread and have particularly deadly venom. The death adders are viper-like elapids.

For snakebites in North America, identification of the type of snake will help determine which PDIs to give, with the primary distinction between elapid and non-elapid snakes. Venomous North American snakes of the non-elapid type include rattlesnakes, copperheads, and water moccasins, while the elapid varieties include the eastern coral snake, the western coral snake, and the yellow-bellied sea snake.

With snakebite incidents, there is the possibility that a dangerous snake is still an imminent threat. If there is danger present at the scene, the EMD is directed to use X-9, advising the caller to stay calm and out of the snake’s way. The caller will be instructed to immediately tell the EMD when the snake leaves.

A PDI was added to MPDS Protocol 2 in v13.0 for DELTA- or CHARLIE-level Determinant Codes.

Venom One to the rescue

The Venom Response Program of the Miami-Dade Fire Rescue Department (MDFR), Florida (USA), is about much more than snakes and spiders although its reputation for handling reptiles and insects big and small has sent the team on emergencies far away from home.

Founded by Capt. Al Cruz in July 1998, the Venom Response Team—also known as Venom One—coordinates the relocation of native animals with Miami-Dade County and removal of exotic species such as Burmese pythons, which are giant constrictors native to Asia invading the Florida Everglades. Disposition after capture is left to the Florida Fish and Wildlife Conservation Committee. The Venom Response Team also organizes public and agency education and collaborates with health care providers and poison control centers in the treatment of bites and stings. They’ve traveled to Canada, Mexico, and Guinea, on the western coast of North Africa, for training and antivenom distribution. The program also maintains a spider, scorpion, and jellyfish antivenom bank.

And, yes, they also fight fires.

The gist of their work is prevention, said Capt. Jeffrey Fobb, MDFR paramedic and firefighter. Each team member—there are three members on three rotating shifts—attends hundreds of hours of training and continuing education to manage animals posing a safety hazard or creating environmental damage (Burmese python, for example) and avail themselves as a community resource. Their work puts them in league with large animal technical rescue units down to face-to-fang contact with the pit vipers and coral snakes native to Florida and exotic species. They liberate ducks stuck in drains, cats caught in fences, and birds hatched in pipes. They literally lead horses out of flood water.

Most often, the snake bite report comes through MDFR emergency dispatch, either directly or as a transfer from another communication center. Someone calls in about an encounter and, when possible, provides a description. The emergency dispatcher contacts the Venom One on-duty team member.

“We help 911 determine the next steps,” Fobb said. “It could be calling poison control or getting the patient to the hospital as quickly as possible.”

There’s no EpiPen type treatment in the field. All antivenom is given intravenously, and the Venom Response Team is quick to deliver the vials necessary for treatment from their 49 species-specific antivenoms stored in a fridge at the Tamiami fire station. They have access to MDFR’s 24-hour emergency vehicles, including four helicopters, for delivery to the entire state of Florida. For emergencies outside the state, they schedule commercial and cargo flights.

The fire department does not profit from its distribution and only charges an amount equal to the original purchase price. The central depository keeps the costs down, cuts down potential shelf-life expiration when stored at scattered locations, and provides quick access to antidotes that can treat venomous snakebites from nearly 95 percent of the world’s snake population. During the past 30 years, the unit has handled close to 1,600 snakebites.

Fobb said growing up as a “nerd with an interest in snakes” made the Venom Response Program highly attractive during a career that spans 20 years in the fire department. It also fits his job description of firefighting.

“Cruz brought the notion to the fire department, and because we are firefighters, we do things, whatever they may be, to prevent injury,” he said.

Miami’s Venom One team was the inspiration for the Nacogdoches (Texas) Fire and Rescue Department Venom Response Program. Snake calls were increasing, emergency dispatchers needed someplace to refer the callers, and a TV show about Miami’s program sparked the idea to start something similar.

“The chief thought we were crazy when we asked about starting one up,” said Fire Capt. Ray Cole. “Now we get nothing but praise from him and the community.”

The Nacogdoches responders—and there are 13 team members—capture and relocate the venomous snakes reported to 911 from the county or called in directly to the station. Nacogdoches, which is on the eastern border of Texas, boasts both land and water serpents to include water moccasins, coral snakes, copperheads, and two types of rattlers (pygmy and timber).

Unlike Miami, however, they do not provide antivenom. In fact, a big part of Cole's job is in a snake’s defense as both advocates and enthusiasts.

It’s a combination of human encroachment into habitat, natural disasters (such as tornadoes and hurricanes), and unseasonably warm and humid weather, he said, putting more snakes in the paths of unwary hikers and into homes and sheds where they seek shelter. Most bites, he said, occur from people accidentally stepping on them with open-toed shoes or barefoot or reaching into brush without checking first to find out what’s there. Trying to kill or capture the snake poses the greatest risk for envenomation.

“They’re not out to attack anyone,” he said. “They’d rather not have anything to do with us.”

Leaving the relocation job to experts is one of the messages the Texas Venom Response Team takes to the public. They give talks, attend fairs, and wherever they go they carry along a snake or two for educational purposes. They are also willing to make hospital calls to talk with snake-bite victims and medical staff.

“It’s a great service for the community,” Cole said. “People really seem to like it.”

A snake’s role as an important link in the food web far outweighs its potential danger to our well-being. In fact, rodent-borne diseases are probably controlled to a great extent by rattlesnakes and other predators. Offer them respect, observe them from a safe distance, and then leave them to perform their valuable ecological function.