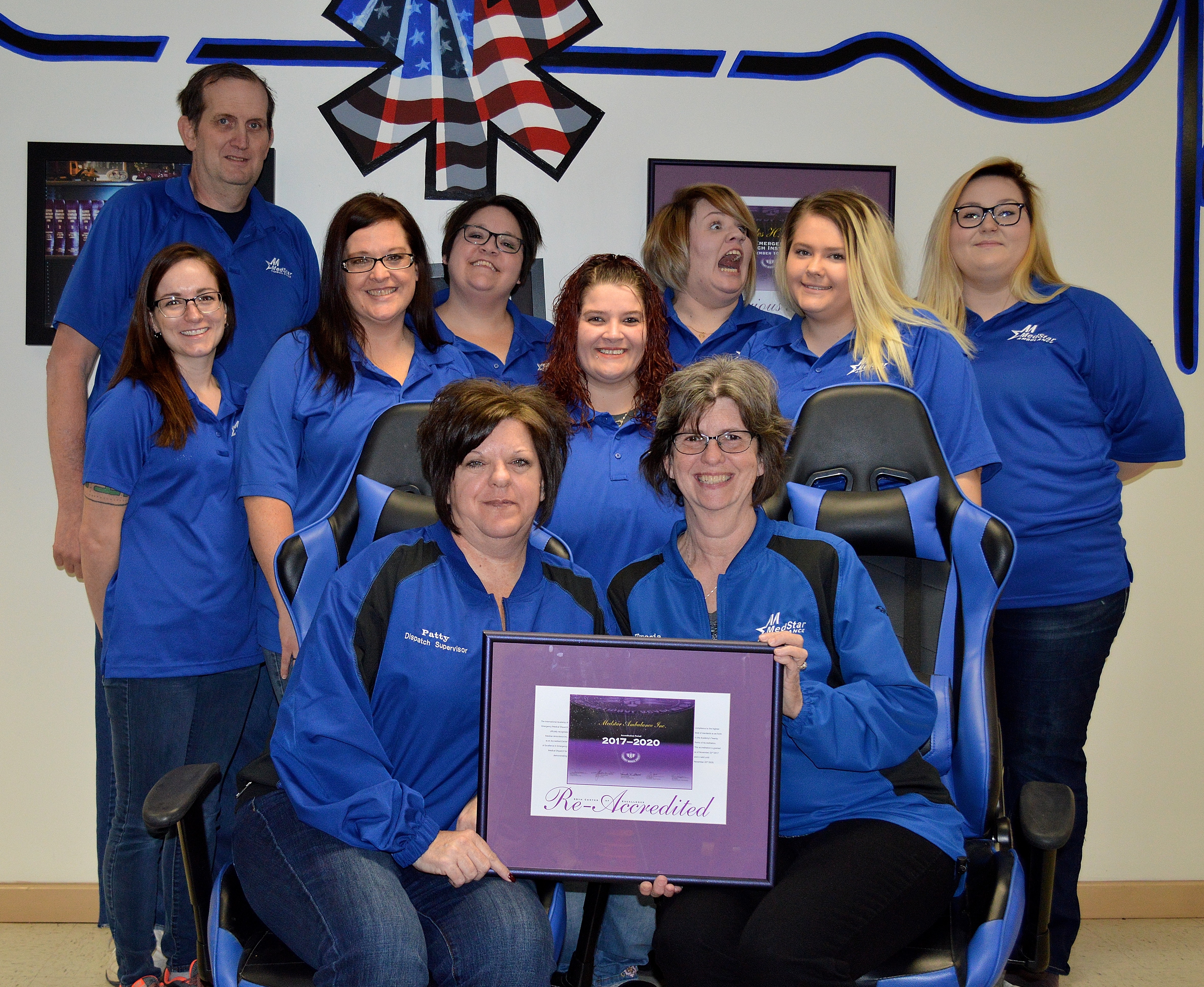 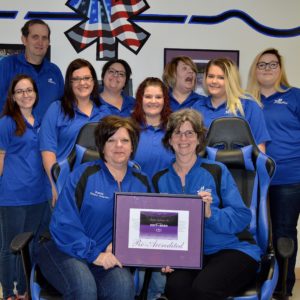 Across the world, the International Academies of Emergency Dispatch® (IAED™) has more than 64,000 members in 46 countries using the Priority Dispatch® Protocols. More than 3,600 dispatch centers are part of the IAED and use these protocols, making up a total of 23 languages. It’s not hard to see that the emergency dispatchers come from a variety of geographic locations, backgrounds, and cultures.

While working in an urban dispatch center will have higher call volumes and may present more widespread emergency calls such as mass shootings, agencies in smaller areas have different trials for callers and emergency dispatchers. These can test the mettle and skill of veteran and newcomer emergency dispatchers alike.

It seems as though so many of the struggles in professional and personal life come down to money, and it’s no different in the emergency dispatching and emergency response world.

Public Safety Answering Points (PSAPs) everywhere rely on funding to help furnish up-to-date equipment and to hire additional staff. These sources come from local governments and from fees households and businesses must pay as part of their wireless and landline phone usage. In the United States, individual states usually collect the 911 fee.1 In other states, a local government’s general fund may fund PSAPs, while other states that don’t collect such fees apply for grants.2

It’s no secret that more and more people are calling emergency numbers from cellphones. As we reported in the May/June issue of the Journal in the article “Cellphone Trouble,” 62.9 percent of everyone on Earth has a cellphone.3 According to the National Association of Counties (NACo) in Washington, D.C. (USA), 80 percent of 911 calls in the U.S. in 2015 were made from cellphones.4 This increase presents funding problems as well. For example, in the U.S. state of Kentucky, cellphone users pay only 20 to 25 percent of the total 911 fees, despite making 80 percent of the calls. These callers pay just 70 cents a month in 911 fees, and of this, 70 percent goes to the local areas, while the rest goes to the state. Thus, as more and more people use cellphones, counties and smaller municipalities collect less funding for 911 centers.5

NACo officials issued this caution: “[C]hanges in the telecommunications industry require PSAPs to implement costly upgrades in order to quickly locate and respond to callers. Concurrently, PSAP operators such as counties are receiving less in dedicated 911 funding, due to shifts in telecommunications preferences and states withholding fees that would otherwise be remitted to counties. Residents and counties are left in a position that may delay the delivery of lifesaving assistance.”6

Emergency dispatchers who work at rural centers are seeing the effects of lack of funding. Nichole Becker works for the Rangely Police Department, a small center in Rangely, Colorado (USA). She said her center has to compete for training and equipment funding with the police department’s other needs. This isn’t an easy task.

“Trying to get to the city council and explain what we do and how important we are to the community is tough,” she said. “We are always on the chopping block as far as a potential cost they could cut.”

Of course, agencies of all sizes throughout the world face funding challenges; this problem isn’t limited to rural centers. However, it can be more difficult to handle for smaller centers that are already at a disadvantage as far as resources are concerned.

The case of South West Queensland in Australia is eye-opening.

Marc Hauswirth is the supervisor at this agency, located outside of the desert town of Birdsville, population 140. Hauswirth said dispatching help to people in his jurisdiction can take hours. South West Queensland covers an area of approximately 164,500 square miles, or 426,000 square kilometers. To give you an idea of how enormous that is, South West Queensland is responsible for an area 8,500 square miles larger than the U.S. state of California (the third-largest state in the country) and significantly larger than all of Germany. Only 30,000 residents live in this spread-out area.

Hauswirth said it can take ambulances up to three hours to reach someone in need. He once worked on a call where the return ambulance trip was a staggering 14 hours.

“We’ve done CPR (over the phone) for an hour and a half,” he said. “We are so remote. We get some volunteer responses, but not many.”It might be impossible to top Hauswirth’s experience, but other rural agencies confront their own long response times.

“Sometimes our rural ambulances can take 20 to 30 minutes, if not longer, to get to a specific call,” he said. “It takes time and energy for a dispatcher to give CPR or childbirth instructions for that long. And let’s not mention when you do it alone and other things are happening also. I have delivered babies and done CPR for what seems like hours on the phone waiting for someone to get on scene. I think living in the country can be beautiful scenery, but if something goes wrong, that is the price you pay: waiting for a response.”

James also said sometimes when he dispatches volunteer firefighters to a scene, they’re unable to get a full crew together so they ask James or a colleague to send out another volunteer group. This only increases wait times for people in dire situations.

“You page them out and then wait for them to get up, drive to the station, and respond,” James said. “It all takes time and sometimes can be a long time before someone reaches you.”

Kristen Anderson, emergency communications assistant manager at Confire Communications of San Bernardino County (California, USA), handles calls for a large county. She said it can often take hours to get help to a desperate caller. The center also relies on volunteers, which can create complications.

“Some challenges we’ve faced is dispatchers spending a ton of time calling co-operators to try to find anyone closer than what we have,” Anderson said. “A lot of the rural areas are paid call or volunteer and take time to get to the station and then get to the calls. Some have made up their own street names, and we have a lot of off-roading where people come from all over and have no clue where they are or how they got there.” 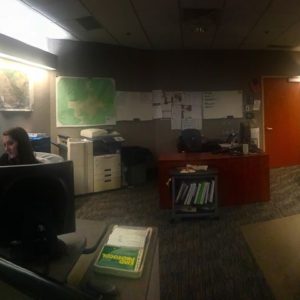 High turnover rates and difficulties retaining employees in emergency dispatch centers are always concerns at agencies of all sizes. For some smaller centers, simply finding potential help at the console isn’t easy.

Matt Halfacre, who works for the Bandera County (Texas, USA) Sheriff’s Office as assistant communications supervisor, notices this and said rural centers have a tough time attracting quality applicants. He said it’s not easy convincing people to pack up and move to smaller town with fewer resources and limited opportunities.

“In a rural area, especially one with relatively high property values (and thus, expensive housing), there is a significantly smaller pool of potential applicants,” he said. “Of the pool of actual applicants or interested people, there are even fewer who are rudimentarily qualified and almost none with any relevant experience. Because of the limited budgets that plague the entire industry, there is no good way to entice potential applicants from outside the area to consider relocating to the area, since they would be completely on their own with regard to moving and living expenses and since there is a dire need for qualified telecommunicators around the country.”

Though many of these rural agencies only employ a handful of emergency dispatchers, it can be a tremendous undertaking to replace someone when they quit or to fill in for a sick employee. Those who do work in these smaller centers put in significant hours and (like any emergency dispatcher) face mental, emotional, and physical fatigue.

“As of right now, we have the minimum number of dispatchers possible (eight), plus one trainee,” Halfacre said. “If anyone takes off or is sick, or is out for any other reason, an opposite shift dispatcher is forced to cover. The biggest strain lately has been lack of vacation time able to be taken.”

There’s a good chance that emergency dispatchers who work in metropolitan areas won’t ever take a call from a family member or maybe not even from someone they know. However, when you cover an area of only a few thousand residents, at some point, you may hear some familiar voices calling for help.

Well-trained, capable emergency dispatchers are skilled at handling calls with professionalism and poise, no matter what needs the person has or who they are. Still, taking a call from a family member, friend, or neighbor requires some extra fortitude and courage.

“I’m constantly worrying that my family or friends may be involved in an accident, due to knowing a lot of the community I dispatch for,” she said.

Trecia Hanna, dispatch manager at Medstar Ambulance (a Medical ACE) in Sparta, Illinois (USA), said it’s not unheard of for emergency dispatchers at her center to face the challenge of sending lifesaving help to someone close to them.

“Anytime there's a bad accident, we're all taking stock of ‘where are the kids, husbands, wives?’ etc.,” she said. “There’s been more than one occasion that while on duty one of my dispatchers has handled an emergency call involving a family member.”

What’s the address of your emergency?

This is the first question you ask when someone calls into your center. Usually, this shouldn’t be a difficult question for the caller to answer. Unfortunately, it can be a little more complicated in remote places.

Frequently, callers in less-populated towns and counties won’t give addresses; instead, they’ll respond with other methods that aren’t always easy for emergency dispatchers to understand, especially if they haven’t lived in the area for long.

“In smaller towns with a high farm population, people give directions by landmarks or ‘so and so’s’ farm,” said Dana Bell, public safety communications manager with Taber Police Service in Taber, Alberta (Canada). “If you aren’t from the area, it’s near impossible to dispatch to a location at times.”

Other issues include duplicate addresses or even areas without addresses where the emergency dispatcher has to know whom the caller is talking about and where the person lives.

Hanna said the following types of directions aren’t uncommon: “Turn at the barn that burned down 20 years ago, go through three gates, watch out for the culvert, and don't mind the dogs—they won’t bite!”

Another common issue rural agencies deal with is sending backup on police responses. Though high-acuity police calls may be much less frequent than with medium-sized or large agencies, smaller municipalities have fewer resources to work with.

Emergency dispatchers who work in remote centers say backup could be more than 20 minutes away on these calls. Worse, some areas only have one unit on hand at a time, even though a two-unit response may be necessary. Iosco County (Michigan, USA) 911 emergency dispatcher Brianna Golden said there are times when not a single officer is available to go to a call. This creates significant challenges for the caller and others in need.

The list could go on, but it’s clear that dispatching and calltaking from rural centers can introduce a different set of challenges that larger agencies may not see as often or at all.

It’s also interesting to see the perspective of what it’s like to cover expansive areas and how emergency dispatchers adapt to long response times, lack of funding, familiar callers, and other trying circumstances.