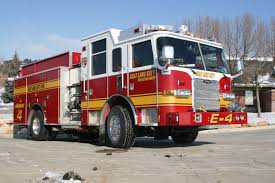 In straight terms, the SLCFD was tasked with cutting overall expenses and keeping the high level of operational services and response without jeopardizing public safety.

The directive delivered in 2013 was formidable, said then SLCFD Deputy Fire Chief over Administrative Services Brian Dale. The challenge put the department in the “hot seat,” so to speak, considering the prominence of its national ranking and its stature as the state’s capital and center of education of commerce.

SLCFD was the first fire department in Utah to receive a Public Protection Classification (PPC) of 1 from the Insurance Services Office (ISO). A Class 1 rating is the highest safety- and risk-evaluation rating possible, and one of only 270 departments nationwide to earn such a rating. Part of the ISO’s PPC rating includes an evaluation of the emergency communications center.

Protocol to the rescue

Since he was in a deputy fire chief administrative role, Dale was responsible for planning, directing, managing, and overseeing daily activities of the fire department’s administrative, emergency medical services, and training functions. The oversight and guidance extended to the fire dispatch center and that is where he focused his solution to the city’s directive. SLCFD had already completed significant changes to EMS responses using the MPDS, and in addition to a tiered ALS/BLS response had dropped the use of lights-and-siren to under 50%.

The department’s retrospective study, going back three years (2010–2012), identified the number of alarms that involved firefighters or the fire suppression system within the structure putting out a fire. In other words, it measured how many of the alarms required the full high-rise regalia of resources (three engines, two trucks, one chief, and one ambulance).

The results were sobering: out of 5,700 fire runs, there were only three working fires (not all structure fires).

“The number was so small that it begged a better solution,” Dale said. “If it’s burnt toast triggering an alarm, firefighters don’t complain, the system worked. But when an alarm is tripped by a trouble alert, a system test, or construction in the building, that’s where the problem lies.”

The SLCFD is not unique in responding to accidental or false alarms and most fire agencies have tried multiple ways to curb this problem. In 2018, U.S. fire departments responded to a total of 2,889,000 false alarms with the majority attributed to unintentional calls and system malfunctions.1

In Salt Lake City, over 79% of alarms in high-rise buildings involved cancellation of responding units while en route to the incident, or an investigation only situation.

The department looked at the incident commander’s labeling of the incidents found and fire crew actions to mitigate these incidents.

“Obviously, they did not expect to find an appreciable number of instances where the action taken was to extinguish a fire when they were sent to an automatic alarm,” Dale said. “If this were found on any consistent basis, there would have been a potential problem with how these calls were evaluated and dispatched.”

Listed below were the most common actions taken as recorded by the incident commanders on these high-rise automatic alarm incidents:

Dale led a team to devise a service delivery approach that included sending the closest engine company with four firefighters (HOT) and one truck company with four firefighters (COLD) to assess the urgency of a HIGH-RISE and HIGH LIFE HAZARD alarm. Their response plan allows one company to monitor the building’s fire control panel and controls elevator access, while the other recons the area triggering the alarm.

“We send the closest vehicle, and if they find an actual fire or other larger scale event, we then fill the assignment with additional resources,” Dale said.

The department reviewed their CAD, NFIRS, MPDS, and FPDS ProQA® data to analyze risk and reduce the number of unit responses, with safety still a paramount concern. During the analysis, NFIRS data was compared with FPDS Determinant Codes reached by the EFD, matching the initial dispatch code and resources to the actions taken on scene and outcome for each incident.

Data showed that very few involved fire suppression activities by responding crews. Of the 2,389 automatic alarms in these two occupancy type—HIGH-RISE and HIGH-LIFE HAZARD structures—over the three year period, there were only 18 where fire crews did any sort of mitigation tactics other than investigate, restore systems, shut down systems, enforcement, or refer to building owners.

Incident commanders only listed three incidents as “Building Fire,” and in all situations, the fires were small. None of the incidents resulted in either civilian or firefighter injury or death. In implementing the approach, SLCFD went from sending four or five heavy apparatus to sending two, only one going HOT. In the first year they realized a reduction of 987-unit responses for the FPDS codes of 52-C-1 and 52-C-2.

The results are particularly important in a city where they are seeing a high-rise building boom to accommodate architects increasing development in a constrained urban footprint, Dale said.

“We arrived at a solution without jeopardizing public safety while, at the same time, meeting the city’s objective,” Dale said. “There’s a lot to be said when that happens.”

Salt Lake City covers a 66.4 square-mile area. Several universities, colleges, industrial zones, and a mix of residential settings border the central business district, and at its outskirts, an international airport, connecting transportation hubs, and recreational facilities. The Wasatch Mountains draw millions of visitors each year, which has led to an increasing number of high rises to accommodate vacationers and burgeoning business interests. A daytime population of 350,000 decreases after business hours to slightly over 200,000 residents.

Following retirement from the fire service, Dale was selected the Associate Director of Medical Control and Quality Processes for the International Academies of Emergency Dispatch® (IAED™). He oversees the research and development of the Academy’s protocols. Troubleshooting plans to reduce nuisance alarms are no longer part of his job, although their accuracy in relation to real fires is focal point of the Academy’s fire research and protocol development.