Leisure time choices can be difficult, particularly if you live in North Carolina within driving distance of the Atlantic Ocean and the larger Appalachian Mountains range. If sandy beaches or spruce fir forests aren’t your idea of leisure, there are lots of outdoor events to mark on the calendar, including the famous Spring Hope Pumpkin Festival and the Nashville Blooming Festival.

Nashville, North Carolina (USA)—home of Nash County 911 Communications—is a mix of places and events where surely anyone can find at least one to their liking. Victorian and Queen Anne style homes date from the city’s founding in 1780, and shops along the main drag are reminiscent of small-town charm. Outside of the city proper, agriculture dominates. While tobacco and sweet potatoes are principal crops, plenty of other produce finds its way to the popular farmer's market.

Nash County officials are looking for business and industrial opportunities to grow the economy, but it’s the heritage that has always come first, said Bryant Fisher, 911 Communications Director, Nash County 911. It used to be that firefighters knew where a person lived by hearing their last name and, although that’s changed, those growing up in Nashville tend to stay.

“It’s a wonderful place to live,” Fisher said. And his team? They’re second to none. “Fantastic group of professionals,” he said.

The center’s 23 emergency dispatchers are certified in the medical, fire, and police protocols. They rotate through the disciplines and, on any shift, are available to answer calls outside their assignment and dispatch for all fire, EMS, rescue, and law enforcement agencies in Nash County. They also dispatch for the Nash County Social Services Child Protective Services Unit and Nash County Animal Control on nights, holidays, and weekends.

The Nashville community thinks highly of what they do as indicated in newspaper articles featuring dispatchers retiring after two to three decades of service.

Robbie Stone’s retirement in 2014 after 35 years at Nash County 911 was commemorated on page 1 of The Nashville Graphic. Stone was one of two people assigned to a shift dispatching fire and EMS from the county courthouse basement. He played a big part in the consolidation of the 911 center into fire/rescue and law enforcement and the move to a dedicated facility in 1999. He was promoted to Communications Supervisor in 1987 and to 911 Director in 1996. Stone was synonymous to Nash County 911, but like every other emergency dispatcher will tell you, it was a team effort that wouldn’t have happened without everyone’s help. “We have all made a difference,” he said.1

Fisher came on board in 1994. Processes were getting more complicated, from punch cards and call logs, to giving instructions to callers over the phone using paper maps, to an E911 system. They have implemented some NG911 technology and despite the departure from simpler days, Fisher said it’s the technology that “helps us to do so much more.”

Nash County 911 Program Manager and Training Officer Mark Reavis pre-dated Fisher by two years. Nash County 911 began using the Medical Priority Dispatch System™ (MPDS®) in 1994 and as co-worker Cindy Wells told The Nashville Graphic reporter at her 33-year retirement in 2016, providing instructions over the phone for delivering babies and assisting in helping people in all sorts of emergencies was simply part of what they did.

“You have to be dedicated,” said Wells, also featured on page 1. “I enjoy talking to people, helping people.”2 The ones most likely to stay, she said, learn to leave stress at the door.

The history of the emergency dispatchers shows the interest in staying put in Nashville and, also, the dedication to public service and safety. Stone was 18 when hired and planning to pursue a college degree in criminal justice. He stayed. He found his niche.

Together, Fisher and Reavis have contributed nearly 60 years to Nash County 911. Fisher began his career in 1991 as a firefighter. “One thing led to another, and here I am all these years later,” he said. “It’s been intriguing to work both sides.”

Reavis was a paramedic. On a Sunday afternoon, he and his ambulance partner decided to make a stop at the Nash County 911 center. “I was mesmerized by what I saw,” he said. “The noises. The controls. Everything. I gave it a try and loved it. There had to be a reason we stopped there that day.”

The history of the profession also repeats itself.

In 2014, a budget shortfall was projected due to five Nash County emergency dispatch resignations in six months. Money to cover overtime and associated benefits to keep minimum staffing required additional funding. Then-Nash County Emergency Services Director Brian Brantley said they were working on hiring, but it took a long time to get someone trained. “It takes 400 to 500 hours of training to get these people qualified to work in the 911 center,” he said.3 The job involved a lot of multitasking. The stress could be overwhelming. Brantley said they have spent lots of money and time training only for the employee to realize the job is not for them. He said, “It doesn’t always work out for the people we hire.” Brantley got the funding he asked for. 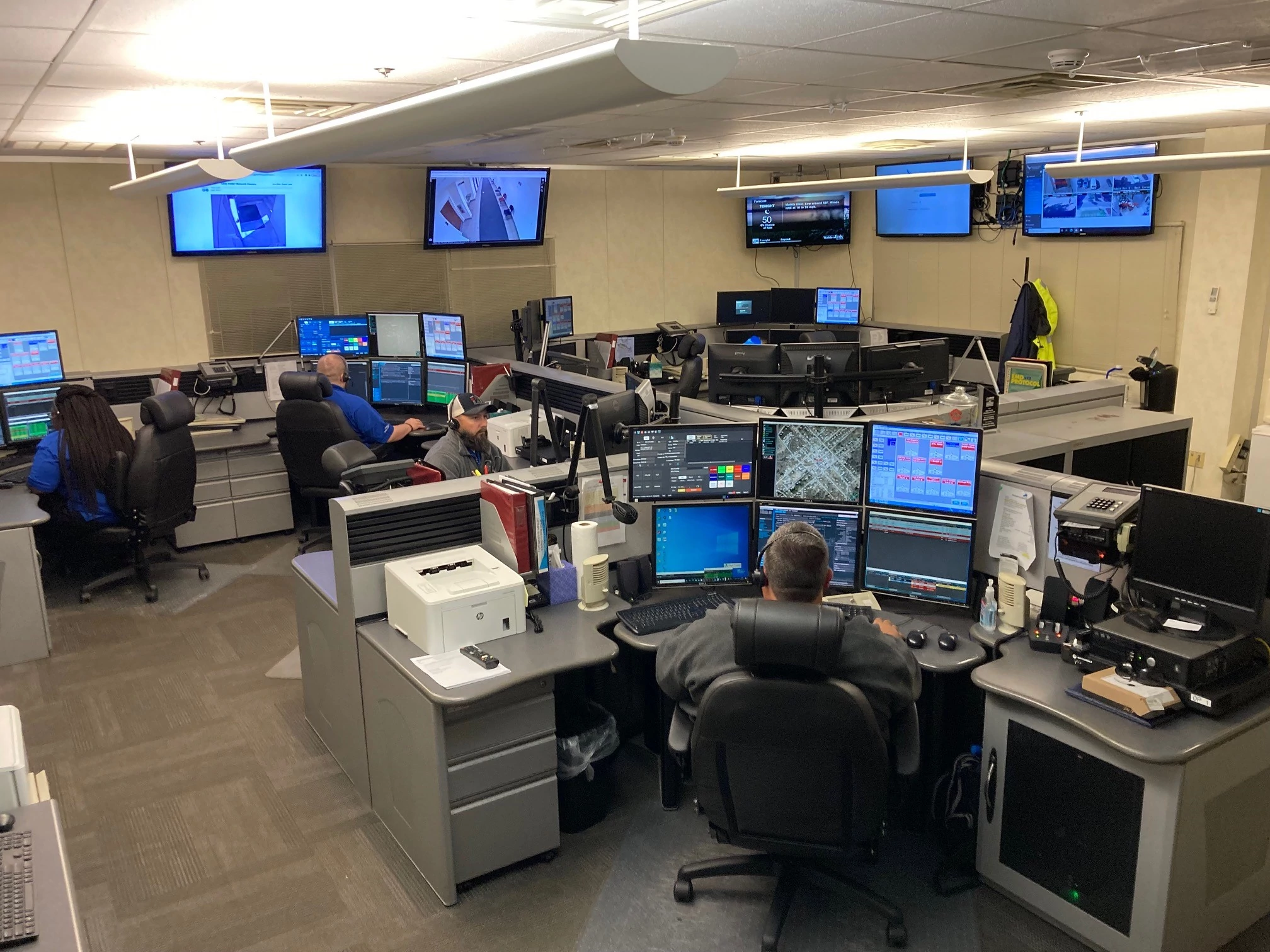 The attrition that exists in 911 led to discussions between 911 staff and Nash Community College in 2016 to develop an Emergency 911 Dispatch Academy certificate course.

“Stress. It’s not what they expected,” Reavis said. “The course brings people in. They see the reality of the job, and we can see how they might operate if hired.”

Reavis and Nash County 911 emergency dispatchers teach the 120-hour course offered two times a year. The course lays out a foundation from the history of 911 up to today’s technology and what they can expect on a day-to-day basis. Hands-on training is held at the Nash County backup center and at Nash Community College. Most new hires are academy graduates and go through another in-house seven-to-eight-week training period and attend the International Academies of Emergency Dispatch® (IAED™) EMD, EFD, and EPD certification courses. “The academy is a way of recruitment,” Reavis said. “It’s been very successful for us.”

Of course, no article about 911 would be complete without a shout out to staff. “I put my team at the top,” Fisher said. “High compliance. Robust training. I only have to look inside my own people to find the best.”