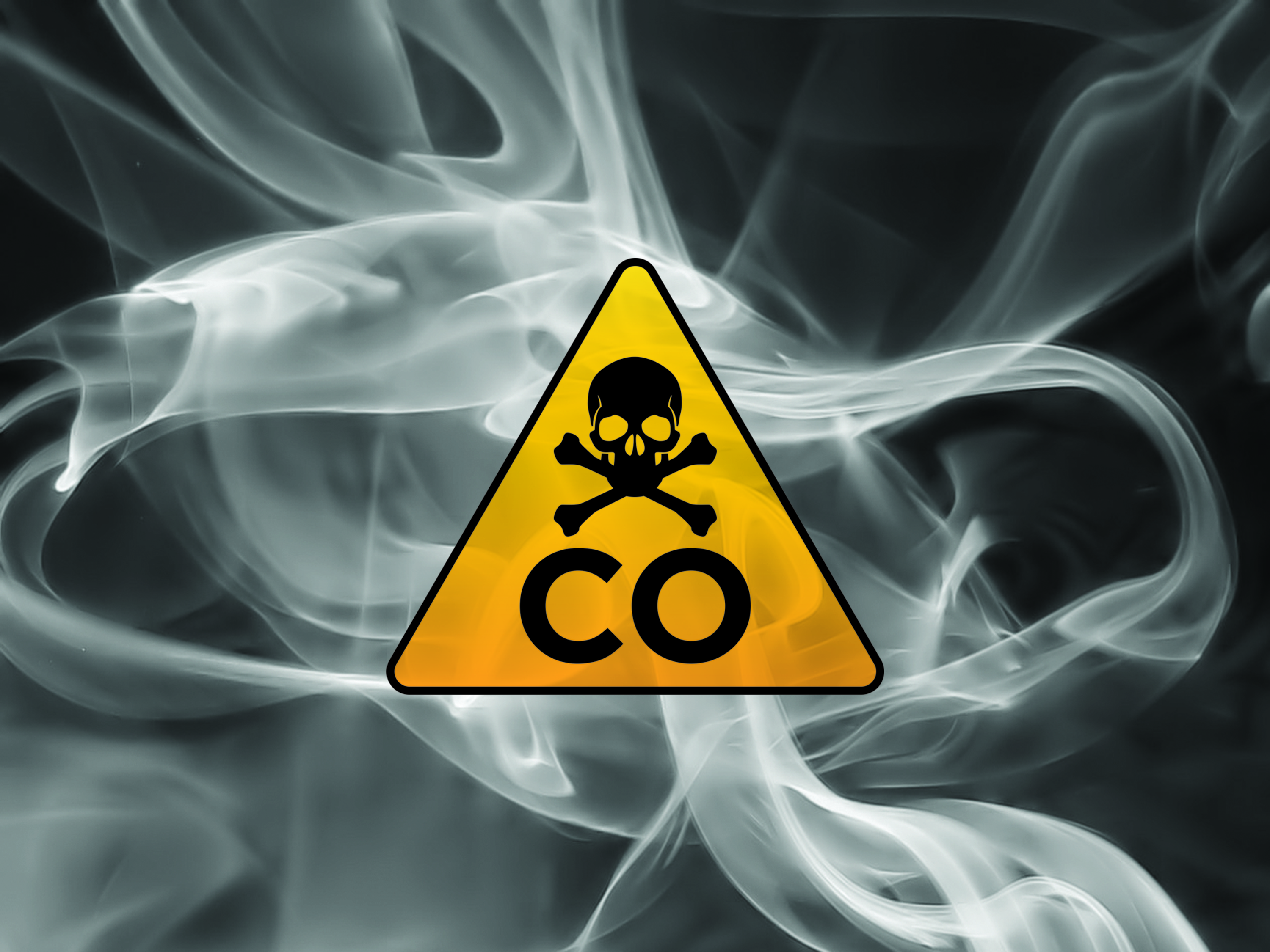 Carbon monoxide is a stealthy killer. 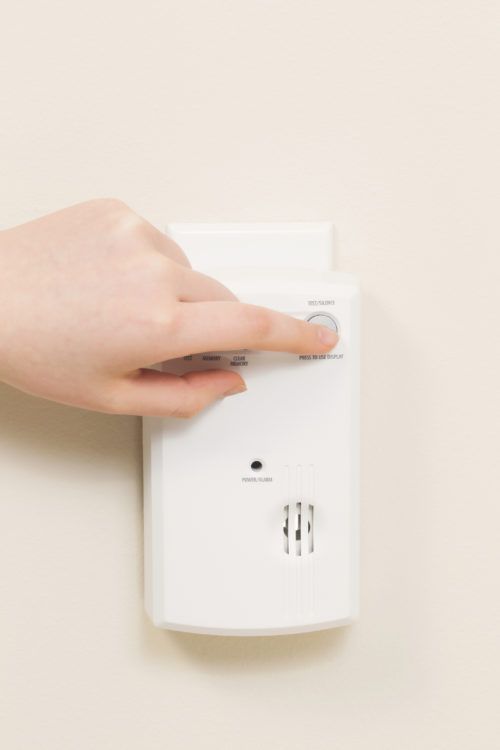 You can’t see, smell, or hear the silent reaper, and despite the ease of preventing death, this toxic gas is the leading cause of accidental-poisoning deaths and poisoning-related injuries worldwide. Each year in the United States, carbon monoxide (CO) poisoning kills at least 430 people and sends an estimated 15,000 patients to the emergency room, according to statistics from the Centers for Disease Control and Prevention (CDC).1

CO poisoning can infiltrate “routine domestic, occupational, and recreational activities, and, also, in the wake of large-scale disasters such as those caused by hurricanes, floods, and winter storms.” Unintentional, non-fire-related (UNFR) CO poisoning is a leading cause of poisoning with toxic levels of the gas resulting from malfunctioning or inappropriately used household items, including malfunctioning gas- and oil-burning furnaces, lawn mowers, portable generators, and charcoal grills.2

In addition to the hazards already mentioned, other high-risk behavior includes adults and children riding in the back of enclosed pickup trucks, as well as individuals working indoors fixing combustion engines or machines operating on combustible gases. Unchecked conditions at pulp mills, steel foundries, and industrial plants producing formaldehyde put workers at high risk for exposure and poisoning.4

CO poisoning can occur suddenly or over a long period of time. The initial symptoms of low to moderate CO poisoning are similar to flu symptoms but without the fever. Early symptoms a caller might report include headache, dizziness, and nausea. As the carbon monoxide builds up in the blood, symptoms escalate to confusion and drowsiness, fast breathing, fast heartbeat or chest pain, vision problems, and seizures.

Symptoms, however, are not the same for everyone affected. A person with a low level of exposure could experience lifelong effects, and someone with an extremely high level of exposure may have a full recovery. Outcome is unpredictable.

Despite treatment, CO poisoning victims can die or suffer permanent, severe injury, and as many as 50 percent of all victims who recover consciousness and survive can be left with lifelong impairments affecting the brain, endocrine system, nervous system, and heart. Hypoxic-Anoxic (HA) brain injuries, caused by a diminished supply of oxygen to the brain, can result in serious cognitive, physical, and psychological impairments.

Removing the source (e.g., malfunctioning gas heater) after prolonged exposure (days and months) doesn’t necessarily remedy long-term effects on the brain. A study looking at chronic carbon monoxide exposure reported seven cases of chronic, subacute CO poisoning symptoms after the source of CO was removed. The symptoms included changes in memory, sleep, vision, sense of smell and sense of direction, anxiety, and balance problems. There is also the potential of heart damage due to prolonged exposure, possibly leading to life-threatening cardiac complications years after the poisoning.5

National estimates and surveillance activities have long relied on secondary data sources in the absence of an active national surveillance system for CO poisoning. These sources include the National Vital Statistics System, the National Electronic Injury Surveillance System—All Injury Program, and reports from hyperbaric oxygen treatment facilities; however, because none of these sources were developed specific to CO poisoning, there are limitations in timeliness, quality, and availability.6

FirstWatch, a dispatch-based syndrome surveillance system, is a possible exception due to the system’s ability to collect real-time data from 911 calls, indicating trends and possible outbreak of disease, illness, or patterns of injury either from natural causes or acts of terrorism.

The system is integrated into the Medical Priority Dispatch System (MPDS) ProQA software and interfaced with CAD, ePCR, and hospital emergency department and poison control data. FirstWatch was instrumental in isolating the sources and area affected by high levels of CO in Oklahoma City and Tulsa, both in Oklahoma, USA, resulting from residential use of alternate heating sources during a power outage.

The CO trigger added to the existing FirstWatch surveillance system connected to the Emergency Medical Services Authority (EMSA) in Oklahoma City provided a symptom-based application to identify clusters of purported CO poisoning based on calls to the communication center. The real-time data collected, and mapped to call sources, gave responders the geographic boundaries for contacting residents regarding hazards of fuel-burning appliances and devices.

“The CO calls dropped once the residents were warned,” said FirstWatch Founder and President Todd Stout during a phone interview. “This wasn’t about measuring levels of carbon monoxide but the people affected and where the calls were coming from.”

Because the toxic gas is nearly impossible to detect, and symptoms of acute and long-term CO poisoning mimic symptoms of more common illnesses, such as the flu, a person experiencing symptoms who is calling 911 may be confused and disoriented, while someone discovering symptomatic victims on scene would have little indication of cause.

One clue indicating CO poisoning is the number of people taken ill, according to Brett Patterson, IAED Academics & Standards Associate and Medical Council of Standards Chair.

“Everyone is exposed to small amounts of carbon monoxide throughout the day, and it’s inhaling too much that can cause poisoning,” Patterson said. “So, in a medical event, as opposed to trauma, the number of people taken ill and with the same symptoms would indicate possible poisoning.”

One patient down, trouble around?

Help is on the way

An alarm from an in-home CO detector can help in identifying the problem because they are made to sound at levels well below critical conditions; however, not all homes or heating systems are equipped with automatic sensors.

If the dispatcher can identify suspected CO poisoning from the information provided, the MPDS provides the lifesaving tools.

Once the occupants are safely away from the area, the EMD will gather information for fire department and EMS unit response. The Determinant Code selected depends on the severity of the patient’s medical condition.

The caller is told not to enter or re-enter a hazardous or dangerous environment. If the call does not involve patients with illness or symptoms from exposure to fumes or hazardous materials, the fire department will most likely respond without lights or siren (non-emergency). A caller indicating illness requires an appropriate medical response.

There are DLS links to NABC-1 for Unconscious or Arrest, and INEFFECTIVE BREATHING and Not alert patients. The direction not to touch the patient (found on Panel X-7) is only linked from Protocol 8 for Danger or Contamination and Chemical Suicide.

“Whatever is going to kill the patient, happening inside the body, is not changed by urging them not to go to sleep,” said Dr. Jeff Clawson, inventor of the MPDS. “It’s not going to sleep but what’s causing unconsciousness that kills you.”

There is no medical evidence suggesting a bystander should stay with the patient to make sure he or she does not fall asleep.

It would only be a matter of time for an individual robbed of breath to become unconscious. According to Axiom 2 on Protocol 8, unconsciousness in a patient who has inhaled carbon monoxide is a bad sign. Hyperbaric oxygen treatment, which enables oxygen transport by plasma, may be necessary to prevent death or brain damage. The call quickly turns into an emergency response.

Operations to detect the presence of CO and locate the source are the same for an emergency and a non-emergency response. Crews responding to the scene of a known CO danger generally check CO levels at least twice: once before entering the home and again when inside. Levels may be checked at several locations inside.

If the source of the CO exposure can be eliminated and the premises ventilated to accepted standards of fresh air, the residents may be allowed to go back inside.

Treatment for CO poisoning is aimed at replacing the carbon monoxide in the blood with oxygen as quickly as possible. In the hospital, a patient may breathe pure oxygen through a mask placed over the nose and mouth to bring oxygen to organs and tissues. A patient who cannot breathe independently will need ventilator assistance.

In some cases, hyperbaric oxygen therapy is recommended to reduce the carbon monoxide level in the blood and the symptoms of CO poisoning. The way this works is as follows:

CO poisoning is preventable by the correct installation, maintenance, and operation of devices that may emit the toxic gas, combined with the appropriate use of carbon monoxide detectors (also called carbon monoxide alarms).

As of March 2016, 30 states have enacted statutes regarding CO detectors, and another 11 have circulated regulations on CO detectors. Here are some examples:

CO poisoning is not a disease that requires reporting for record keeping, and there are few programs that monitor and publish statistics.

In New York, annual counts and rates of emergency medical treatment, hospital admission, and death from CO poisoning are monitored and reported publicly on the NYC Environmental Public Health and Tracking Sustainability Portal. The portal also provides data on annual calls to the NYC Poison Control Center for suspected exposure to and/or poisoning by CO, and investigations made by the Fire Department of the City of New York (FDNY) for CO incidents triggered by an alarm or an adverse health event.9