Safer Travels To You

Plenty of stars crossed paths at NAVIGATOR 2022, and among the brightest attending the conference were the Dispatcher of the Year nominees. OnStar EMDs Jessica Atkin and Lianne Anta, based in Oshawa, Ontario (Canada), attended the star-studded conference.

Atkin was drawn to 911 when accepting a position in OnStar’s customer service department. The “hustle and bustle” of emergency dispatch, she said, appeared more to her liking. She applied and three months later—in July 2014—she was in training and working toward EMD certification. Move ahead eight years and Atkin still remembers handling her first call on Protocol 26: Sick Person (Specific Diagnosis) and the PAIs she provided until help arrived on scene.

The experience cemented something she already knew about herself. 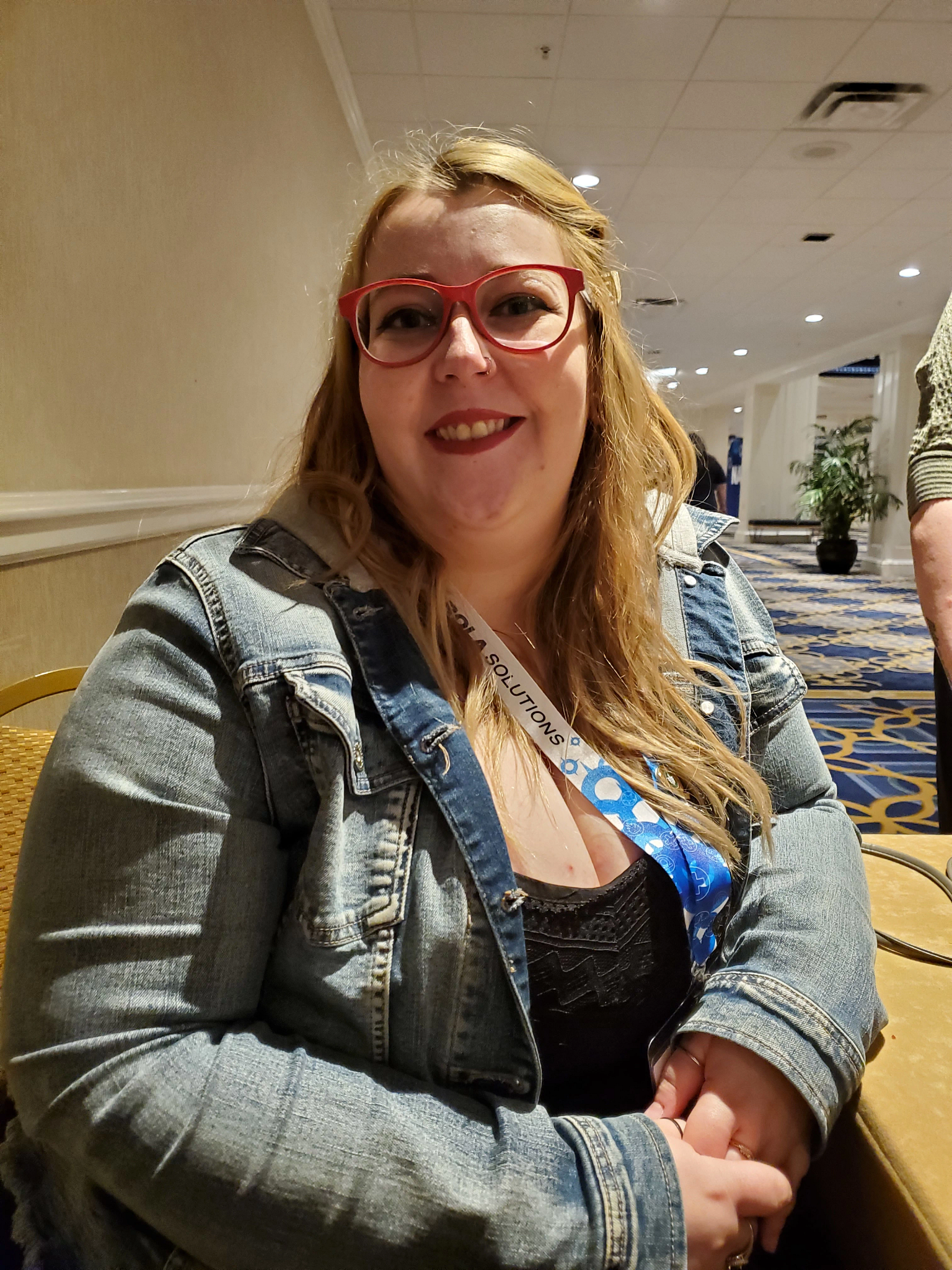 “I enjoy being the voice people listen to,” Atkin said. “I am firm and, in my calm, reassuring way, I keep control of the situation.” She is keen on building rapport to ease emergency situations.

Atkin’s confidence and style are evident in a call submitted as part of her DOY nomination. Two sisters were driving somewhere when the sister in the passenger seat slumped over. The sister who was driving was startled by the sudden turn of events and pushed the emergency red button above the dashboard, which connected to an OnStar advisor. Atkin referred to Chief Complaint 31: Unconscious/Fainting (Near).

Despite the caller indicating that her sister was breathing, although unconscious (collapsed), , Atkin wanted to make sure. She opened the Breathing Verification Diagnostic Tool. “I wanted to make sure her breathing was truly present,” Atkin said. “It was.”

Atkin reassured the caller, instructed her to check her sister’s breathing while awaiting the ambulance to arrive, and returned calm to the sisters’ afternoon outing.

"Compassion” is a hallmark of OnStar training, Atkin said. While the work is not easy, she advises new recruits to keep at it. “Don’t give up,” she said. “It’s hard at first and when it clicks, you know this is what you’re meant to do and to be the best at what you do.”

Anta started in OnStar’s navigation department and, in six months, transferred to emergency dispatch. Not only did she find the new position intriguing but, also, a team that shared her zeal for helping people with no day like the previous day.

“It’s never the same,” she said. And her team? “They’re amazing. We have each other’s back. We cheer each other on.”

While gaining attention is far down—if not absent—on Anta’s priority list, her most memorable call resulted in a TV news spotlight and a law enforcement hero’s award for the 5-year-old caller. “Mom was having an allergic reaction. She pulled the car over and told her son to hit the OnStar red button. He told me ‘My mom’s sleeping.’” Assured mom’s breathing was steady, Anta reassured the boy. A police officer took over upon arrival.

Anta said the boy’s bravery struck a chord with her and the officer. “It must have been scary for him,” she said. “Yet, he was receptive and did exactly what he was asked to do.” Mom made a full recovery, and police presented her son with a hero’s award. The happy ending, Anta said, makes it a call she holds onto. “It’s a good one to remember when another call doesn’t go so well.”

Anta’s advice—and she’s been at OnStar for 11 years—is developing heartfelt empathy for callers. “No matter what you think, it’s a crisis for that person. You are helping them, giving them support they need.”

OnStar is a subsidiary of General Motors, headquartered in Detroit, Michigan (USA). OnStar advisors are trained to assist in a crash, crisis, or emergency and are certified EMDs in the Medical Priority Dispatch System™ (MPDS®). Paul Stiegler, M.D., is OnStar’s medical director.