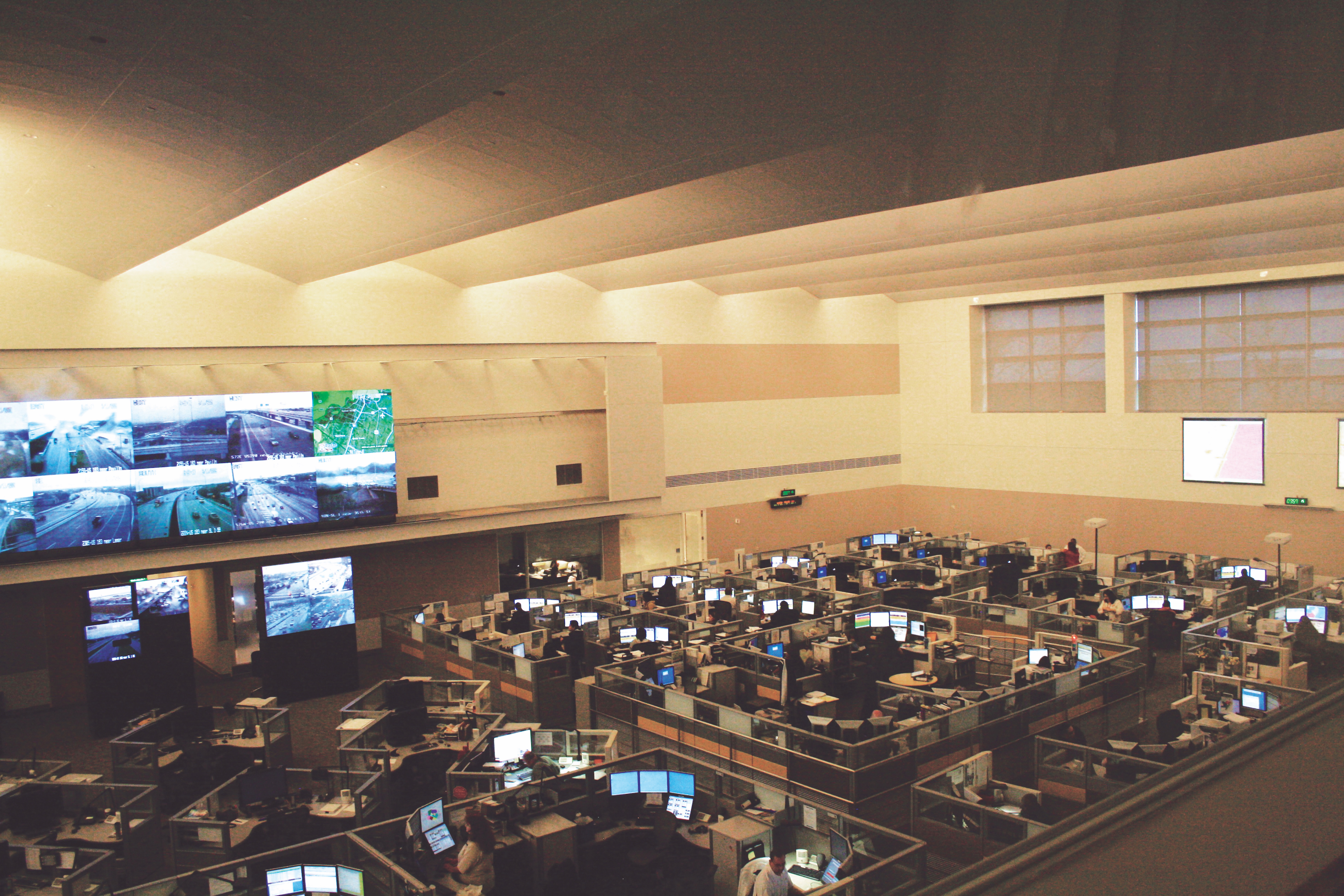 Right Thing To Do

Tom Montoya helped write one for the Academy records nearly 24 years ago in his move from Denver, Colorado, USA, to Albuquerque, New Mexico, USA.

At the same time, he’s reluctant to take any credit for the history-making first-ever Accredited Center of Excellence (ACE) achieved during his three-year (1990–1993) tenure as chief of the Albuquerque Fire Department (AFD).

“I would like to take more credit,” said Montoya, who retired from firefighting in 2008 and now lives in Denver. “I kind of stood aside and let staff do their work.”

The AFD Alarm Room is a fire and medical ACE. In February 2017, the center received its sixth medical re-accreditation and in 2015, it was re-accredited in fire for the third time.

Montoya recalls the names of people involved both in protocol implementation and the ACE award in February 1993 like it occurred in more recent times: Lt. Cosmes Madrid, supervisor; Lt. Randy Pennington, quality assurance; Capt. Jay Staeden, who was in charge of the Alarm Room; Assistant Chief John Brown, who later became a fire chief in Texas; and Sharon Eberly, who provided direct IT support and data analysis.

“Those were the guys cementing the changes in the Alarm Room,” Montoya said. “This was all part of an EMS system change, and there was a lot I needed to get done.”

The Alarm Room, or communication center, is an assignment. AFD operates on a four-year rotation, promoting and assigning firefighters to a multitude of department roles. Dispatch wasn’t always a coveted position, explained Patrick Chavez, who retired in 2012, following a 25-year career with AFD.

“For a long time, dispatch was the dumping ground for a sick or injured firefighter,” said Chavez, now an Academy Fire and Medical Protocol Instructor. “It was a place to mend before going back in the field.”

A growing recognition of what dispatch actually does shifted perspectives, and by the time Chavez was assigned to the Alarm Room years into the use of MPDS, dispatch was no longer second class.

“Dispatch was moving in a forward direction,” he said. “This was a promotion and not a place for recovery.”

In 1990, two dispatchers working out of a converted storage room handled 28,000 calls, with each medical and fire response meriting the full cavalry: rescue vehicle and pumper truck rushing to the scene, lights-and-siren blaring. The Alarm Room was the communication hub for 19 fire stations employing 500 firefighters/EMTs. Three paramedics in one vehicle went on each medical call.

Montoya assigned Brown to oversee dispatch changes, and a three-month study subsequently conducted in 1991 showed an ALS response necessary in 35 percent of the calls; firefighters trained as EMTs could sufficiently handle the remaining 65 percent.

At the same time, Montoya had others in his department scope out potential protocol systems. The existing calltaking and dispatching system was “ad hoc,” and Montoya wanted a measureable method as part of a long-term goal to improve patient outcomes and response times.

Several systems were vetted with the Medical Priority Dispatch System™ (MPDS®) coming out on top because of scripting, structure, and a constantly evolving approach to complement EMS best practices and research. Codes established to dispatch appropriate response were a clincher.

“A serious call and you could pop a dispatch right away,” Montoya said. “Less serious calls and the dispatcher could spend more time on the call without affecting patient outcomes.”

The Emergency Medical Authority, which had EMS oversight in Albuquerque and the county, approved reducing staffing on the rescue unit from three firefighters to two firefighter paramedics, with backup by a pumper truck, and implementing the new MPDS.

Staeden, Montoya said, deserves a lot of the credit.

“He was the one to run with the protocol,” Montoya said. “He fought hard to get them going and accepted by the other dispatchers.”

Some members of the local firefighters’ union expressed doubt about protocol. The then-newly elected International Association President Capt. Eddie Varela wanted the system changed. The determination of ALS or BLS response should be up to the crew, not dispatch.

Staeden had an advantage. As former union president, he persuaded them to give MPDS a chance. After all, a change some perceived as political should not get in the way of improved procedure, potentially better patient outcomes, and widely accepted standards.

He also had trusted advocates on his side.

“I liked what protocol could do,” said Madrid, who stayed 12 years in the Alarm Room following his promotion from the field (firefighter/EMT-B). “It made sense. The biggest part was giving instructions over the phone before response got there. Bleeding. Choking. Heart attack. We had our part, and we could make a difference.”

The ACE, Madrid said, was a statement of quality, not a contest to see which center would be first to the finish line. Madrid knew other centers using protocol had tried, or were trying, but that didn’t pressure the AFD Alarm Room into achieving accreditation.

“It’s not about playing a game,” he said. “We did the ACE for the people. We kept on working at it, and like Dr. Clawson would tell us, ‘It was the right thing to do.’ This was about saving lives. Helping people.”

Madrid retired in 2004, after a 20-year career at the AFD. His many promotions included AFD Division Commander in charge of communications and emergency operations. After retiring, he volunteered with the Rio Rancho Fire Department.

Chavez said Madrid understood the distinction, the hallmark of ACE.

“Cosmes knew the importance of protocol,” Chavez said. “He knew the value of being an ACE. We had the backing of a complete system and Academy research to support what we did.”

The ACE designation also sent a hands-off message to media looking for a story critical of emergency communication.

“The press came after our dispatch center twice and didn’t find anything,” he said. “ACE and protocols help. We’re not the type of center news salivates over.”

In 1996, the two EMDs left their storage room for the new AFD fire/EMS and police consolidated public safety communications facility and administrative building. The Fire Academy on the first floor eventually moved to a dedicated building next door, freeing both floors for the separate police and fire/EMS communication centers.

Today, AFD is one of the few dispatch centers in the country staffed by uniform firefighters. In 2016, the 26 certified EMDs and EFDs dispatched 105,000 calls requiring medical or fire response, a number expected to grow at least 10 percent in 2017. Four shift supervisors review 30 calls each month, with any overflow channeled to QA Supervisor Alejandro Marrufo, firefighter, EMT-B, EMD, EFD, EMD-Q, EFD-Q.

Marrufo asked for the dispatch assignment three years ago. He wanted to test a new environment, off field, and found the change to his liking.

“I get to see the situation from the start,” he said. “I have the ability to calm the caller and situation before response arrives.”

The intuition gained from relying on voice and background has also helped. Marrufo won’t ever forget the call from a woman who reported her daughter drowned in the bathtub. The mother sounded almost relaxed, composed, even as he gave instructions to get the two-year-old girl out of the bathtub for CPR.

“Something wasn’t right,” he said. “The girl survived, but there was something off about the situation, the way the mother behaved.”

Marrufo relayed his suspicions to police. Further investigation revealed the near drowning resulted from the mother’s attempt to punish the child by forcing her into a bath of ice water.

“Those kind of calls stick with you,” he said. “They are meaningful. They prove the importance of our work and the protocol system.”

Chavez gives credit to the support from Dr. Clawson and the team behind AFD Alarm Room’s continued peak performance.

“Doc has always been supportive of us,” Chavez said. “Reps like Tim Martin and Chris Murdock [PDC client service representatives] have taken the relationship to a new level. They are considered friends and members of our fire department brotherhood and sisterhood.”

The AFD Alarm Room answers all emergency and non-emergency medical and fire-related requests for service in Albuquerque, and they work in conjunction with the Bernalillo County Emergency Communications Center to provide service outside of city limits.

Albuquerque by the numbers

The AFD became the first-ever medical ACE in February 1993.

In February 2017, the center received its sixth medical re-accreditation.

The AFD received its fire ACE in February 2006.

In 2015, the center was re-accredited in fire for the third time.

The AFD is staffed by uniform firefighters.

In 2016, the 26 certified EMDs and EFDs dispatched 105,000 calls requiring medical or fire response.

The AFD has 700 uniformed personnel and serves an area of more than 182 square miles.