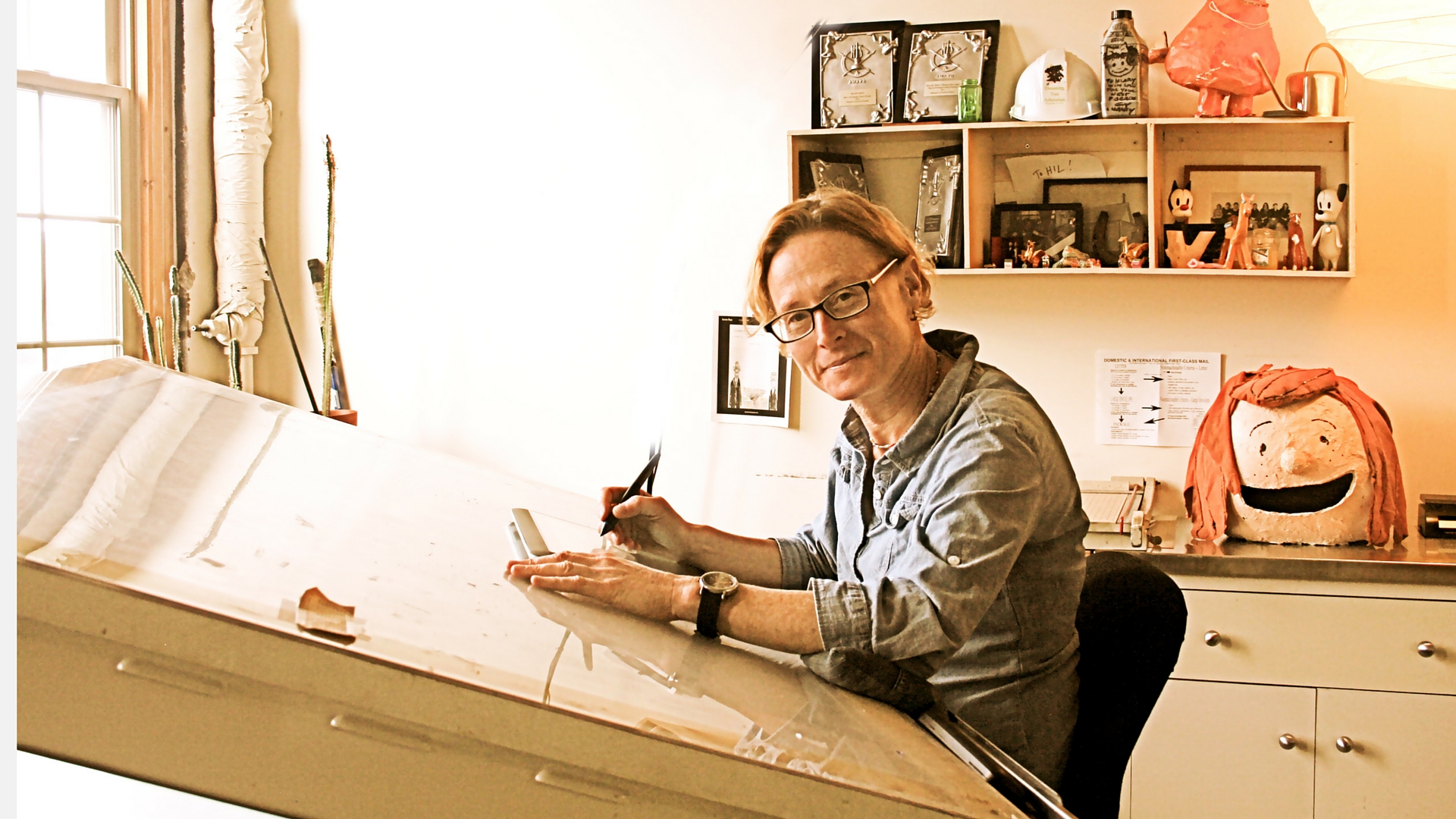 Cartoonist Hilary Price invigorates the pedestrian side of life.

She gets an idea from experience and observation and adds a twist, sometimes revealing universal and surprising truths about human nature. Her superheroes are human, while at the same time real crusaders beyond the capes and leotards that identify them.

Price is the creator of the immensely popular “Rhymes with Orange” comic strip syndicated in 400 newspapers. She’s been doing the strip for 21 years, beginning in 1996 when she and three roommates shared an apartment in San Francisco, California, USA. Price slept on a futon and worked odd jobs while in career limbo following graduation from Stanford University with a degree in English literature. Cartooning was a hobby.

Her “oddest” jobs—such as writing advertising copy for a bank—were not lost to shaping her slant on life. Rather, the everyday scenes of people in normal places inspired the singularity that Price decided would define her cartoon strip. That’s the reason behind the name. Her cartoons don’t correspond to any particular theme, except in their original take on the ordinary.

“Nothing was going to be like this,” she said.

Her idea worked. Price was the youngest woman to have a syndicated strip.

The “Dispatch Man” cartoon strip, published Aug. 27, 2015, exemplifies the multi-tasking, singularly focused “secret weapon” behind the scenes supporting the “Justice League.” Price acknowledges the cataclysm of emergency services and the people behind the controls. She recognizes the urgent, split-second prioritizing. She expects nothing less than a superhero can handle the job.

“It’s got to be a tough job,” she said. “Just look at everything they have to do.”

Price was never in emergency communications. She’s called 911 only once to report a dog running off leash on the grassy part of a rotary (the dispatcher asked, “Bosco again?”). Her sister, Jessica Price, is the closest connection. She was an EMT at a ski resort in Colorado, USA, working on commission, more-or-less.

“They would bring the ambulance to the lodge at the end of the day,” Price said. “That’s when most accidents happened, with people pushing it to get in the last run. If there was a call, they’d get paid.”

Acknowledging the bittersweet parallels, the yin and yang of human experience, is the essence of a comic strip that strikes a chord, Price said.

“There’s always some kind of twist in every cartoon, as in life,” she said. “It has to have that extension.”

After all, the cartoon that reaches us recognizes we can be wacky, sometimes in not-so-funny situations, she explained. We can relate to the funny twists and turns—but imaginatively creative—routine of life.

Price no longer resides in a cramped California apartment. She moved back East, where she grew up, and creates the comic strip in a former toothbrush factory converted to artist studio spaces. She pays a mortgage. She sleeps on a bed with a mattress and springs. Her audience has grown right alongside her, from fledgling to a person who can merge past and present. She finds connections, something touching something and leading to the whole.

“I can’t please everyone all of the time,” Price said. “That’s not my goal. But people who like what they see really like it. They feel seen, and that’s important to me.”

Price generates ideas from many sources, including stories told to her by readers. She likes to collaborate and invites emergency dispatchers to send her their stories. Visit http://rhymeswithorange.com/contact/ for ways to reach Price.

Note: Dr. Clawson had originally cut this one out for his “great cartoon” collection, and, upon re-finding it in one of his endless “piles” of paper, thought it would be a great addition to the Journal and reached out to Ms. Price. Not one to waste the Academy’s precious money, he paid for the rights to use it himself. He is thinking about asking Ms. Price to consider increasing the priority for dealing with “mad scientists” if there is ever a sequel.