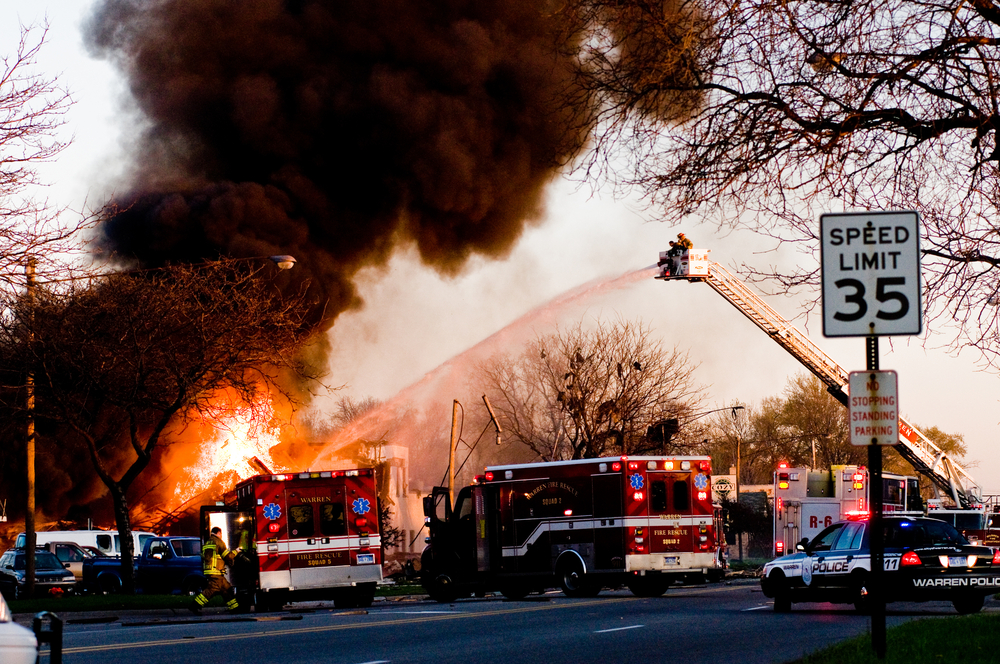 The ECHO-level Determinant was “one of the most exciting” changes to the Medical Priority Dispatch System™ (MPDS®) when introduced in v11.0, according to Brett Patterson, IAED™ Academics & Standards Associate and Medical Council of Standards Chair.

“ECHO-level dispatch is sent directly from Case Entry, and that provides the EMD with the means to dispatch earlier in the interrogation sequence,” Patterson said. “It is used when certain life-threatening conditions are clearly evident.”

Even though a rapid dispatch is associated with the ECHO level, the most valuable aspect of ECHO is the ability to assign non-standard responders that can reasonably make a difference in the outcome of a dying patient. It provides agencies with the means to assign response-capable units that would not normally respond to typical EMS calls (e.g., AED-equipped police and fire vehicles, HAZMAT, and ladder crews). ECHO-initiated crews must be, at a minimum, BLS trained and understand scene safety entry procedures.

For example, a non-standard responder trained in CPR and arriving at the scene within minutes of a call could make a difference for a patient in imminent arrest. In certain cardiac arrest situations, the prompt application of a defibrillator, or AED, can save a dying patient’s life. While in most cases CPR itself doesn’t reverse the patient’s cardiac arrest, it does prolong the window of viability needed for a successful defibrillation. To use an old farmer’s term, it’s like “priming the pump.”

A perfect reason for an ECHO response—that ends happily—started off with a prank that suddenly and unexpectedly turned nearly tragic. According to the story on DevonLive:1

A 28-year-old angler was messing around with his friends while fishing at night on Boscombe Pier, Bournemouth, England. He had just caught a 14-centimeter (5.5-inch) long fish and held it over his mouth for a joke.

But the Dover sole wiggled free and dived straight down his throat—causing a complete obstruction. He stopped breathing.

According to SWAS Specialist Paramedic Matt Harrison, who arrived on scene, they had to do something fast, knowing the patient would not survive the short trip to hospital. 1 With the first clinician on scene in less than two minutes, friends directed the crew to where another friend was already performing CPR, listening to directions from an EMD after calling 999. The patient was in a desperate state, with a blocked airway and in cardiac arrest.

Paramedics continued CPR and once the pulse returned – after three minutes – they readied the patient for transport by ambulance and, further reassessment of the patient once in the ambulance, indicated further deterioration.

Harrison knew he had to get the fish out and in one piece, an extremely difficult task with the fish’s barbs and gills getting stuck on the way up during repeated attempts. On the seventh attempt, Harrison had his fish. Upon arriving at the Royal Bournemouth Hospital Emergency Department the patient had responded well enough to answer a few basic questions. He survived without lasting injury.2

Because they can be applied directly from Case Entry Protocol, ECHO codes give EMDs a means to dispatch response early in the interrogation sequence when certain life-threatening conditions are clearly evident.

While both ECHO and DELTA codes indicate a potentially critical, time-sensitive situation, ECHO situations are limited to those extreme situations that will most likely benefit from “the absolute closest response of ANY trained crew,” even if that crew is non-standard for most EMS calls, or is not the most economical.

ECHO codes also allow for the assignment of non-standard responders to specific time-sensitive, life-threatening emergencies when appropriate. Agencies that have vehicles with appropriately trained responders who do not normally respond to typical EMS calls can use ECHO-level codes to assign these non-standard resources to a limited number of critical calls in which such resources may be of great benefit. These units might include fire or police vehicles and specialized rescue teams.

ECHOs are the only Determinant Codes assigned during Case Entry. After hearing the caller’s description of what happened, you may conclude that an ECHO response should be initiated right away. This will be the case if the patient is experiencing one of the ECHO-level problems listed after the complaint description question, “Okay, tell me exactly what happened”:

In most ECHO situations, the emergency dispatcher should initiate the ECHO response, provide all appropriate Case Entry PDIs, and return to Case Entry questioning. PDI-a is appropriate for all ECHO cases to reassure and help the caller focus on the instructions that follow: “I’m sending the paramedics to help you now. Stay on the line.”

PDIs b through f are incident specific:

The final Case Entry PDI, PDI-g, is not specifically intended for ECHO situations. An EMD can provide PDI-g whenever a caller seems to be in critical danger due to scene safety: (“If it’s too dangerous to stay where you are, and you think you can leave safely,) get away and call us from somewhere safe.”

For most ECHO situations, completing Case Entry Questions and linking to the appropriate Chief Complaint Protocol is essential for assessing scene safety issues and even more critical if sending non-standard responders to the scene.

However, in the case of a patient who is obviously not breathing and unconscious (non-traumatic), the emergency dispatcher will bypass further questioning and PDIs and then utilize a Fast Track directly to Pre-Arrival Instructions for airway/arrest/choking (unconscious) instructions (NABC-1).

Keep in mind that patients in cardiac arrest may require the use of an automated external defibrillator. MPDS v13.0 includes Brock’s Law, which states: “The presence of an AED does not ensure its use – the EMD does.”

In May 2012, 16-year-old Brock Ruether collapsed from sudden cardiac arrest (SCA) during volleyball practice. People on scene called 911 and started doing CPR, and the EMD asked if there was a defibrillator nearby, and there was. Unfortunately, the AED sat unused by Brock’s side as he died.

The MPDS Determinant Levels—ECHO, DELTA, CHARLIE, BRAVO, ALPHA, and OMEGA—do not change. Determinant Codes are determined and maintained by the Academy’s College of Fellows, according to current medical practices, user feedback, and ongoing evaluation. The Response Assignment is determined and maintained by each agency according to its available resources, user feedback, and ongoing evaluation. Defining Response Assignments is the responsibility of each agency’s medical director, Medical Dispatch Review Committee, and Steering Committee.

EMS systems implementing the MPDS must understand that the system can designate responses to each determinant as best fits their needs. Each EMS system must decide which resources the six Determinant Levels, and their associated descriptors, best require. In a properly established priority dispatch environment, the code and response areas of the system work together to ensure that EMDs choose the most appropriate clinical determinant and assign the most appropriate responses.

There are five considerations to remember when local Medical Control and EMS administration assign actual response assignments and emergency modes to the MPDS Determinant Codes.3

*While these levels provide basic response guidelines, it is important to note that responses are actually assigned to the much more detailed Determinant Descriptors, and responses may vary considerably within a particular level.

Will time make a difference in the outcome?

In other words, is the patient’s problem one of the few true time-life priorities requiring the fastest possible response time, with a goal of less than five minutes? Most systems identify the most time-critical calls as cardiac or respiratory arrest, airway problems (including choking), unconsciousness, severe trauma or hypovolemia, and true obstetrical emergencies. The early identification of these Chief Complaints indicates the need for a maximum response.

How much time leeway exists for that type of problem?

That is, what range of time is appropriate for the problem? In medicine, this ranges from seconds, to minutes, to hours, or even days. The trained EMD knows time can make a difference in life-threatening situations; emergency crews must arrive at the scene as quickly as possible. However, the majority of calls lie in a range from those warranting prompt (but not breakneck) responses to those minor problems where there is significant time leeway.

How much time can be saved driving in lights-and-siren mode?

When a person’s life clearly depends on quick action and rapid motion, the use of lights-and-siren is an important tool. However, often situations that appear urgent may not be helped by the few seconds saved using lights-and-siren, especially considering other delays before the patient benefits from definitive care.

When the patient gets to the hospital, will the time saved be significant compared with the time spent waiting for care such as X-rays, lab tests, etc.?

This is the most ignored rule. When the critical needs of the patient warrant the fastest possible response time to the hospital, proper advance notification of the emergency department staff results in immediate, continuing definitive care after arrival. However, except for the most critical cases, the majority of patients do a great deal of waiting. This process can take many hours and requires much endurance. Did the few seconds saved riding HOT (lights-and-siren) help? In essence, was it medically ethical when considering the risk of emergency vehicle collisions or wake-effect collisions for others on the road?