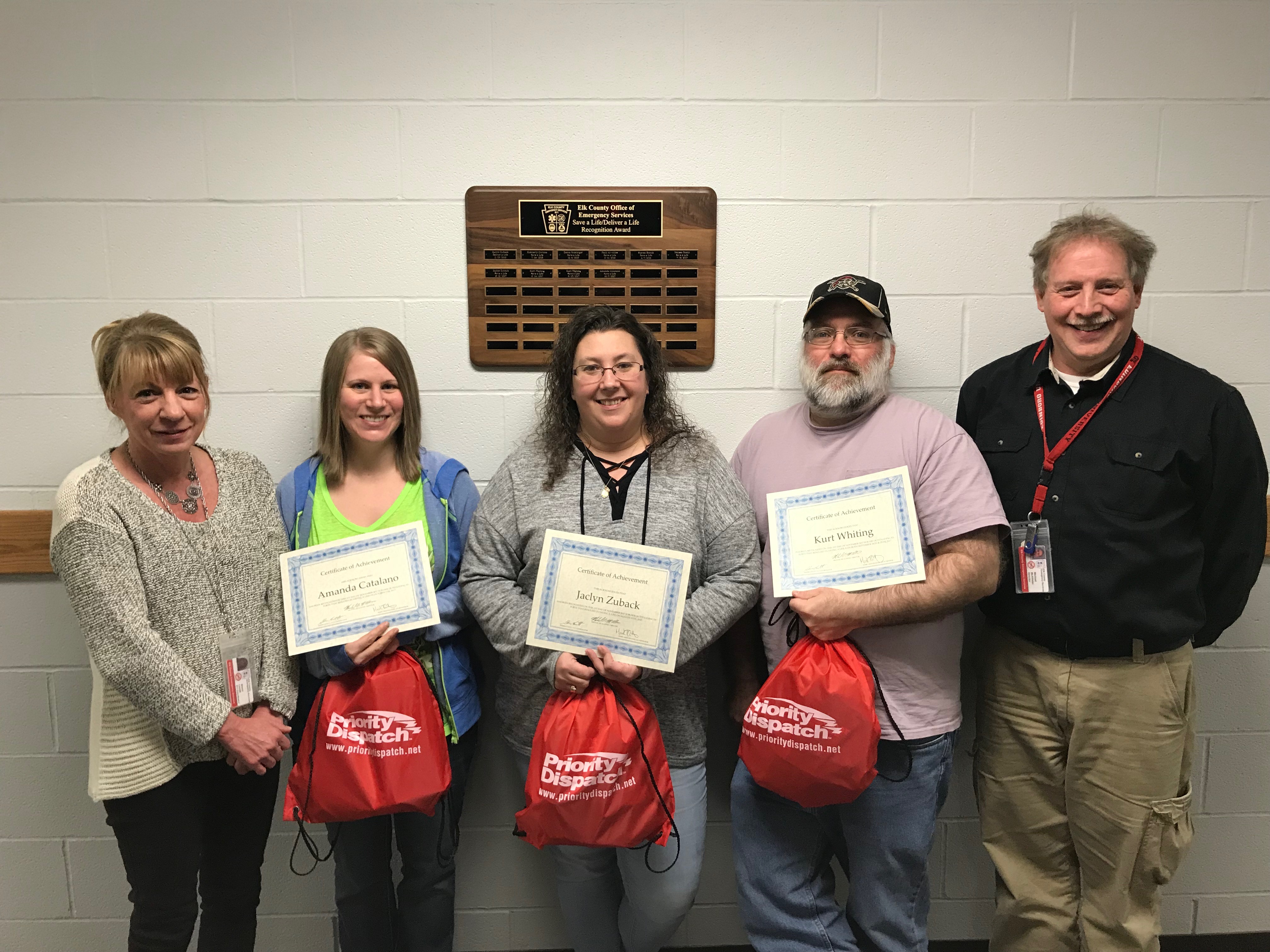 As an emergency dispatcher, you know that every moment of every call matters, especially when someone’s life is on the line. For the most urgent and serious calls, you must exert effort and skills above the normal job expectations. Like staff at all centers, the management and EMDs at Elk County Office of Emergency Services in Ridgway, Pennsylvania, USA, take their responsibilities seriously.

While Elk County doesn’t get the call volume that a larger city such as Philadelphia (Pennsylvania) receives, the center does field a wide range of calls. For example, the opioid epidemic is a big problem in the state, and overdose calls are common.

Ridgway offers a small-town feel and plenty of outdoor activities such as fishing and hunting. It’s also not far from urban life; residents are three hours from Pittsburgh, Pennsylvania, and Buffalo, New York, and they’re just four hours away from Cleveland, Ohio.

When an Elk County EMD helps a desperate caller through his or her own life-and-death struggle, or assists the caller with someone else’s perilous moments, recognition is in order.

In the spring of 2015, Elk County Emergency Services started giving staff members the Save a Life, Deliver a Life Recognition Award. This initiative highlights the superb work of its emergency dispatchers when help is needed most. When an Elk County EMD successfully handles a call that results in a saved life, or when the EMD assists in a baby delivery, that person’s name, date of call, and whether the call was a delivery or a save is put on a plaque. The plaque is then posted prominently in the main hallway of the center for everyone to see. 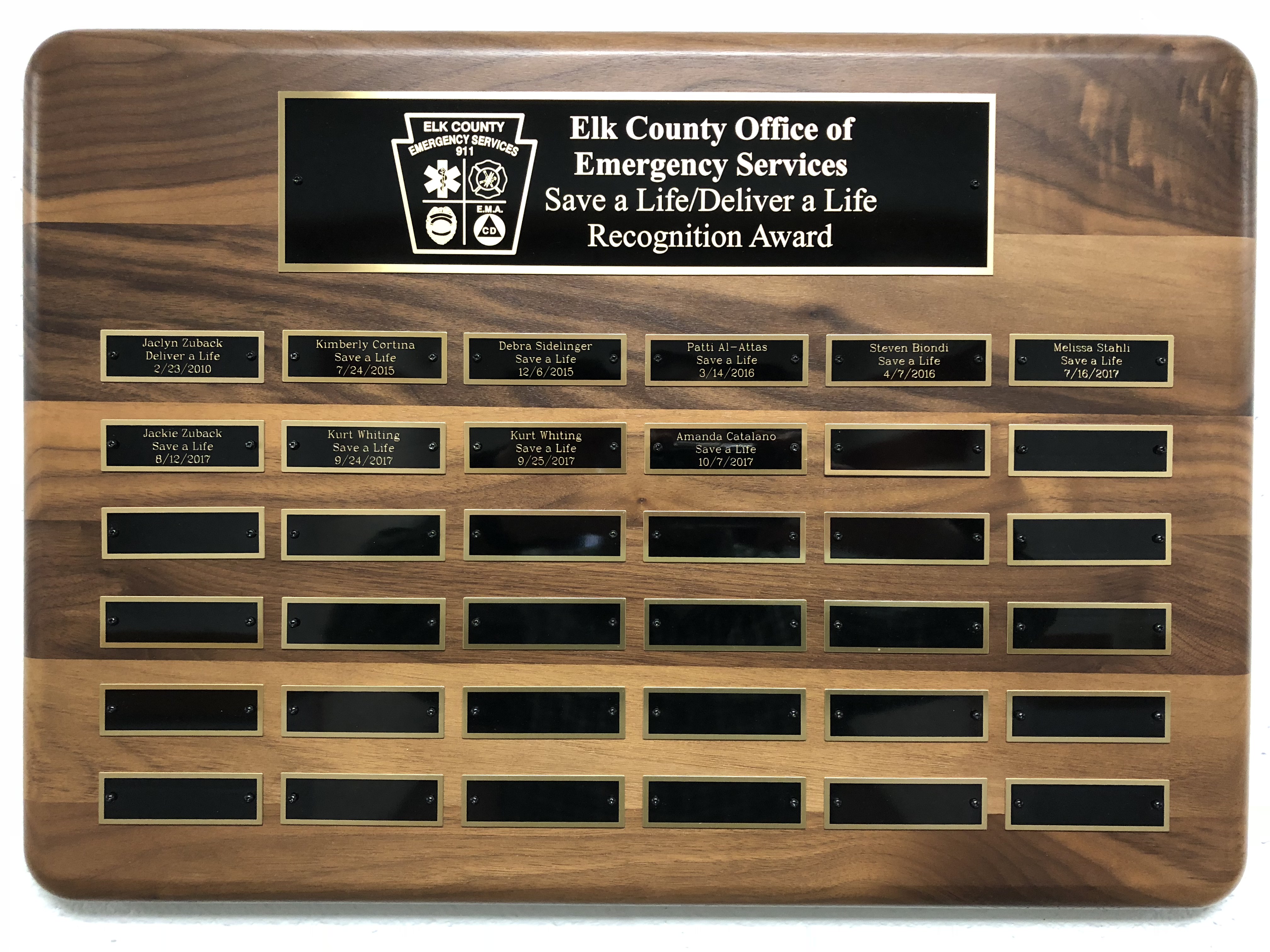 Last year, the center had honored five of its emergency dispatchers for properly using the Priority Dispatch Protocols™ in giving lifesaving instructions to callers.

In some larger centers, lifesaving calls may be a common occurrence, but when you’re located in a rural area, they’re less frequent. Center management began the program because it wanted to give EMDs the accolades they rarely receive from what many outside the profession perceive as being a mundane job.

“Emergency dispatch is a thankless profession,” said Elk County Office of Emergency Services Qualify Assurance Supervisor Mark Greenthaner. “These men and women sacrifice more than the citizens they serve will ever realize. This recognition lets our staff know they are truly appreciated. Most calls don’t have good outcomes. This is our way of recognizing them for their outstanding effort.”

It’s no secret that the emergency dispatching profession can be mentally and emotionally taxing. The stresses of this demanding job can lead to health problems and burnout. Greenthaner said the program has helped with morale and the staff has responded positively to it.

“It’s been received really well,” he said. “When they take a potentially fatal call, they’re working real hard to save that patient. While the recognition is great, they’re doing it because they truly want to save lives. It makes them truly feel appreciated. Anytime they can be recognized for their hard work, it makes them feel good. As for the center as a whole, they walk by the plaque every day to get to the communication center. Whether they get a save or not, it’s a reminder that what they do is truly important, and they make differences in people’s lives every single shift.”

The Save a Life, Deliver a Life award winners have taken a variety of emergency calls. The award traces its roots to 2010 when EMD Jackie Zuback helped bring a baby into the world by giving delivery instructions over the phone. Five years later, when center management decided to start the program, the team wanted to recognize the exemplary actions of the baby delivery, so Zuback was acknowledged for her efforts with a plaque. Though it wasn’t feasible to go back and review every call over the years that might have saved a life, from 2015 on, Elk County has recognized every successful lifesaving call with a plaque on the wall.

In 2017, four different EMDs were recognized with the award. Last July, EMD Melissa Stahli received a call from a local restaurant where an elderly man was choking. Through questioning, she learned that the patient had a complete obstruction. Before she could give instructions on performing the Heimlich maneuver, the patient went unconscious. Stahli immediately instructed a bystander to straddle the patient’s hips and use their weight to push quickly into the patient’s stomach. After several rounds, the food became dislodged, and the patient began breathing and regained consciousness. When the paramedics arrived, the patient was awake and alert.

The second telecommunicator who earned the recognition award was Zuback. On Aug. 12, 2017, Zuback spoke with a caller who witnessed his wife collapse in the middle of a conversation. The caller originally reported that his wife “passed out.” Zuback determined that the patient wasn’t breathing, and she quickly administered “Compressions-Only” CPR instructions. CPR continued upon EMS arrival, and the patient was revived. It was later determined the patient suffered from a ruptured brain aneurysm.

Telecommunicator Kurt Whiting was recognized for two saves just over an hour apart late on Sept. 24 and early on Sept. 25. In the first call, Whiting walked a caller through CPR instructions on her neighbor, who was found unconscious. Thanks to his instructions, the caller helped the patient until paramedics arrived and took over. The patient was later revived and released from the hospital. 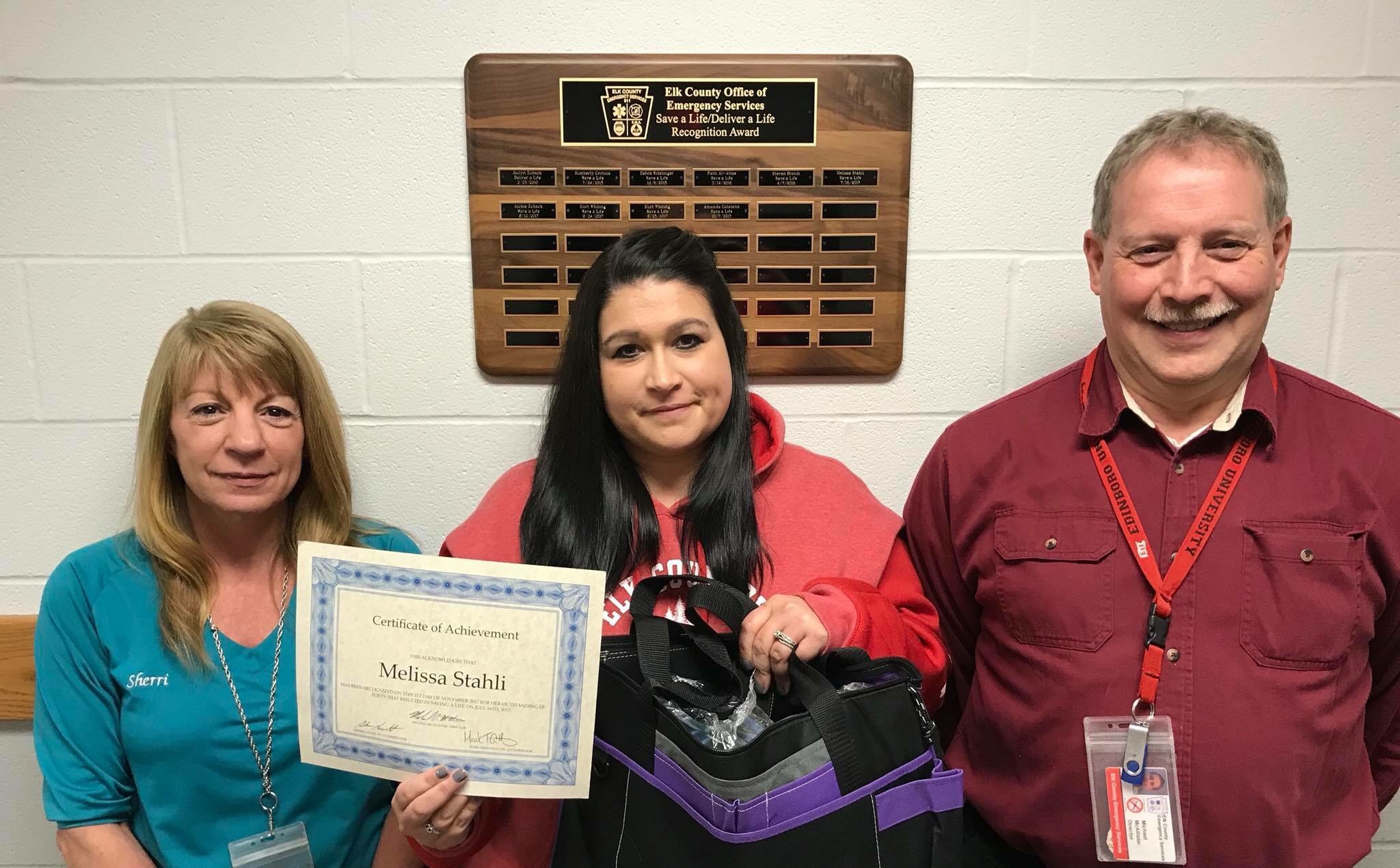 In Whiting’s second call, a 64-year-old man called, complaining of chest pain and pain in the shoulders and arm. When Whiting learned that the man’s son was at home, he instructed the caller to ask his son to bring him aspirin. However, when the son arrived with the aspirin, the father had collapsed. The son took the phone and reported that his father was not awake and not breathing. Whiting gave the son compressions-only CPR instructions, which he performed. Within minutes of arrival at the hospital, the patient regained spontaneous circulation. The patient was sent to the Cath Lab for a stent and was admitted to the ICU.

The fourth team member to receive Elk County’s Save a Life award was Amanda Catalano. On Oct. 7, she processed a call for a patient who had overdosed on a drug known as “Benzos.” The patient was reported as unconscious and not breathing. Catalano quickly began to instruct the caller to give CPR. She made sure the caller didn’t stop and ensured the compressions were being conducted at the proper rate. The patient was revived and transported via medical helicopter. The patient eventually passed away, but Elk County officials still consider this a “save.”

“Some outside of 911 would question how this can be a save if the patient died,” Greenthaner said. “In 911, our mission is to answer a citizen’s call for help. While on the call for help, we will send the citizen the right help the right way, right now. We will also do everything in our power to save or prolong a patient’s life. In this scenario, [Catalano] prolonged her patient’s life. The family of the patient was able to say a dignified goodbye. So yes, Amanda saved a life that day.”

Greenthaner said the Elk County emergency dispatchers and staff are a close family, all working together to make a difference in the community. Center management has long seen the importance of following a researched-based protocol. Everyone’s efforts at the agency have paid off not just for the calls that have saved lives but for the more routine ones as well.