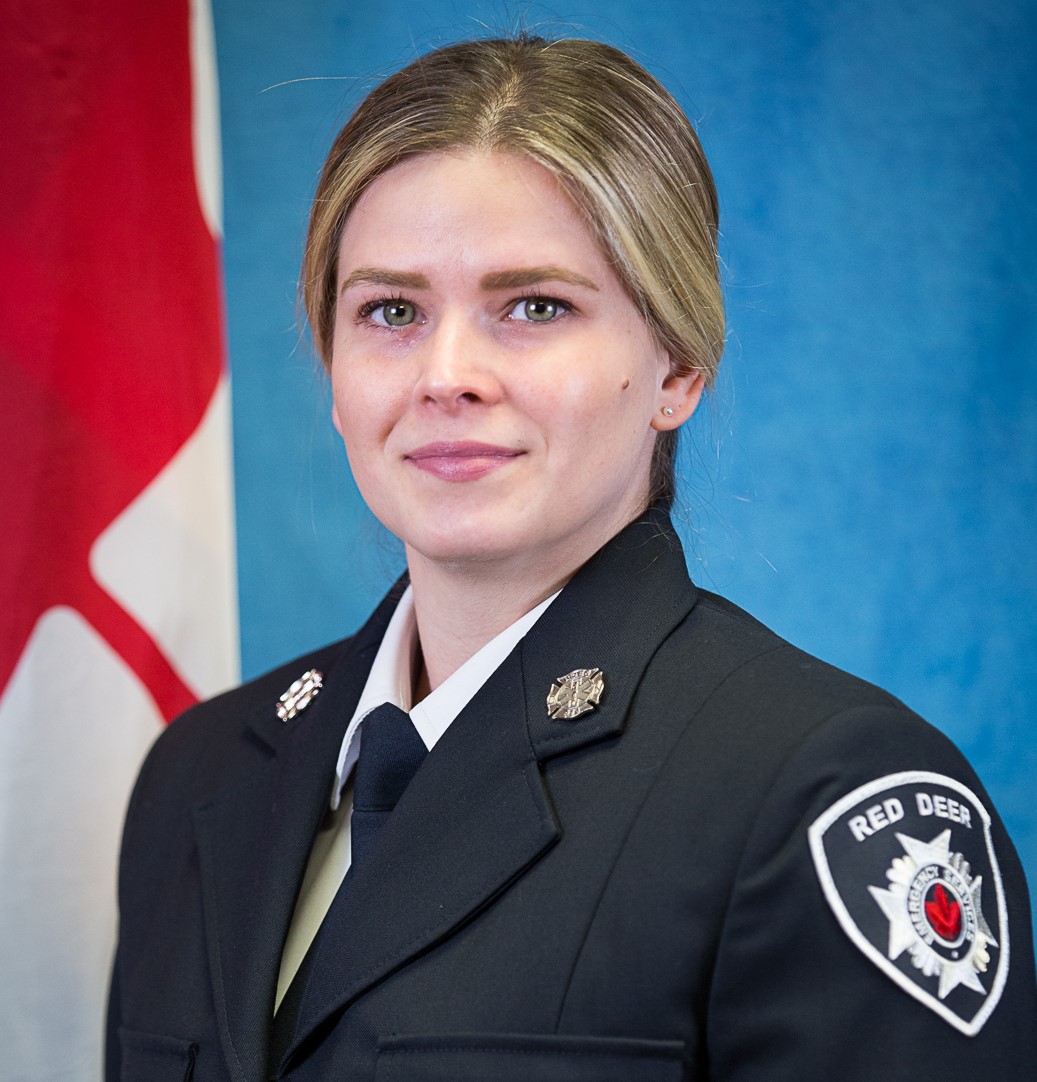 Kyla Hawthorn said a movie started it all.

Seven years ago, Hawthorn was managing a video store and picked up The Call, starring Halle Berry as a 9-1-1 operator determined to rescue a girl abducted by a known killer.

The movie was tense, Hawthorn said. A thriller supposedly depicting a behind-the-scenes look at a profession she vaguely knew about but never actually considered.

“That’s what I wanted to do for a job,” she said. “Being able to help someone over the phone seemed so incredible.”

Hawthorn contacted Red Deer Emergency Services, Red Deer, Alberta, Canada, and was invited to observe the reality of answering 911 calls. She did a sit-in. Although not the edge of her theater seat experience of the 2013 movie, Hawthorn applied, was hired, and left video store management to pilot a CAD.

One problem with Hawthorn’s story.

A 90-minute movie does not deserve the credit for Hawthorn’s genuine compassion for helping people. Hawthorn’s enthusiasm rings true whether she is commending fellow calltakers and dispatchers, her supervisor (Holly Shrader), or firefighters from the 80 departments in Alberta depending on Red Deer Emergency Services.

“I live for this job,” Hawthorn said. “So much radio traffic. So much going on. Everyone working together like a well-oiled machine.”

The Red Deer Emergency Services communication center handles fire-related calls exclusively. Extrications. Search and rescue in predominantly wilderness surroundings. Carbon monoxide poisoning. And, of course, grassland fires, forest fires, structural fires, and vehicular fires. Refer to the Fire Priority Dispatch System™ (FPDS®) and they have likely encountered each Chief Complaint at least once, and most many times over.

Call volume, she said, has skyrocketed during the past six years since she started at the center. An overall population of 101,002 residents (2019 Municipal Census) is projected to increase about 2.3% annually. Residential growth—along with business and recreational development—encouraged Hawthorn to spread the 911 word outside of answering and dispatching calls in an emergency.

Hawthorn decided to bring 911 education to the public. Since it’s not everyday people call 911, she said, she made it her “second job” to enlighten the public. She attends events as a 911 representative and explains why calltakers ask the questions they do and the instructions they can give prior to response arrival. Hawthorn volunteers for the City of Red Deer’s Annual “Let’s Talk” Program and the City of Red Deer’s Employee Health Fair, and she participates in the getting to know 911 sessions for residents of all ages.

She talks up the profession to, basically, anybody who will listen, and jumps for a chance to share her expertise and her dedication. Hawthorn teaches, coaches, mentors, and supervises new recruits and provides weekly reports on new recruits’ progress. She applied for Critical Incident Stress Management training and the department’s Health and Wellness Peer Support team.

According to an email she sent (note the emoji):I always sign up and try to get on with every committee I can to contribute to bettering things like training, offering more modern ways of learning, reclass training and exam prep etc., and to challenge myself. 😊

Don’t tell me it’s a movie that directed Hawthorn’s career. Perhaps the character showed Hawthorn who she is and spurred her into doing something about it. Something was inside bigger than anything projected on the big screen.

Hawthorn has not had the occasion to pursue a bad guy like Berry did. She is quite satisfied with the emergency role she does provide. She is there for the long haul because of what she has learned about herself.

“I love helping people,” she said. “That’s the bottom line. I love knowing I did everything I could to help someone and knowing I am putting them in the right hands.”