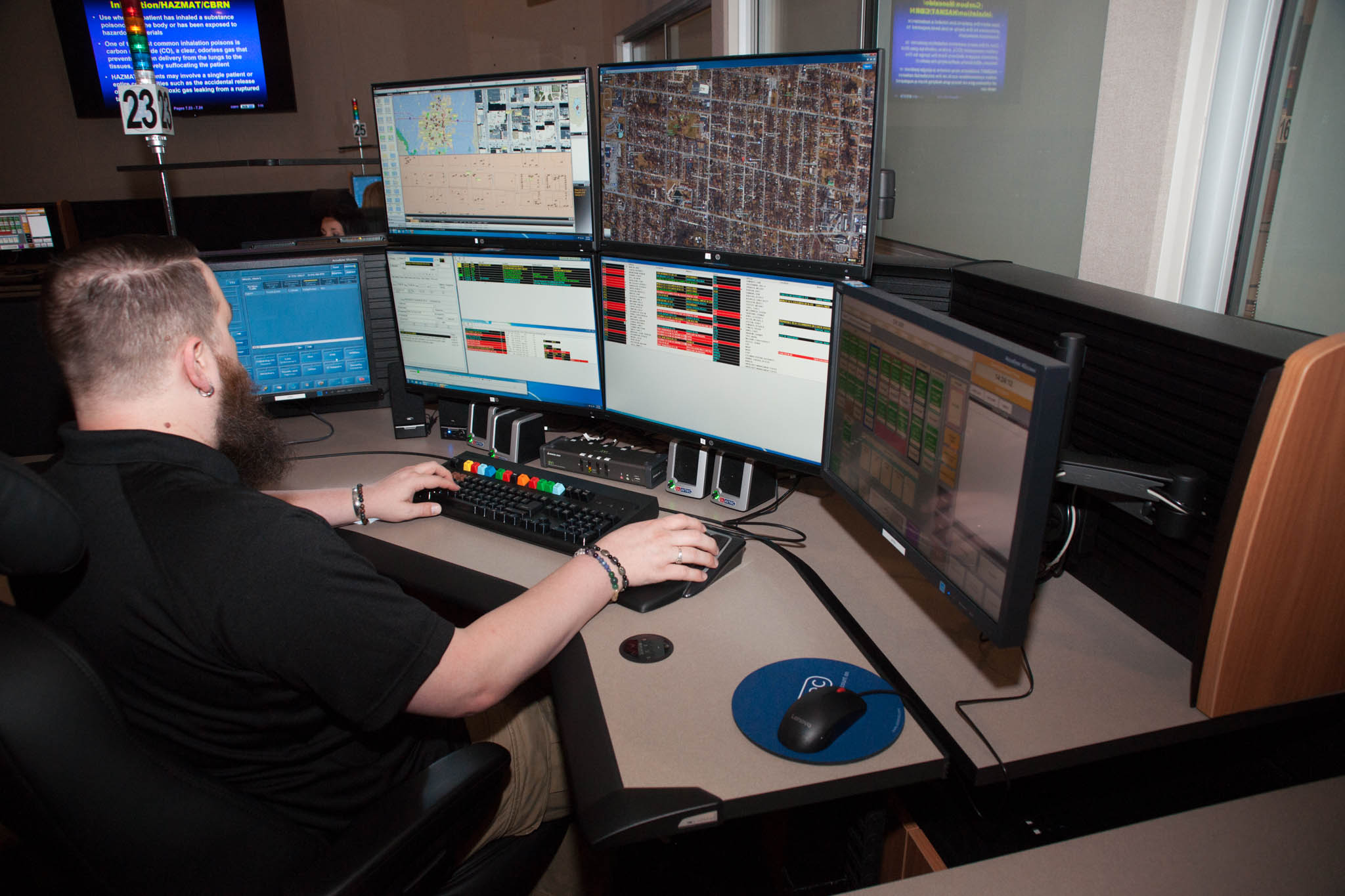 Putting It All Together

Consolidating public safety communication centers can be an effective way to save costs, but it isn’t always a smooth process. From addressing cultural changes among personnel to understanding the unique needs of law enforcement, fire, and EMS, there are a multitude of factors leadership must consider.

What are the biggest drivers of communication center consolidation?

The primary reason to consolidate is reducing costs; otherwise, why go through the effort? The most common costs that a PSAP can save come from aging infrastructure and technology; the older these are, the more money a center can save by upgrading and consolidating. Because those costs tend to be prohibitive for a single system to absorb on its own, people look to share them across systems.

A second reason is operational. Multiple dispatch centers working in one area can lead to multiple handoffs, which is inefficient and creates a poor caller experience. I consulted on a site that received over one million calls per year. About 11 percent of those were handed off, which totals over a hundred thousand handoffs a year. Consolidation is the most effective way to reduce that kind of number.

A third reason for consolidation is to address poor performance. It takes a significant investment to improve performance and meet accreditation standards. If centers are able to share those costs through either consolidation or cohabitation, then it allows smaller systems to hire or train a dispatcher to meet those standards.

Before getting started, they should think about the level of integration they are pursuing, and if they’re willing to give up some autonomy. Sharing technology and infrastructure costs and consolidating personnel will undoubtedly lead to a change in one’s governance model and level of influence. Having this conversation up front with the involved parties is crucial to the success of a consolidated center.

If you're only going to cohabitate the center and share the platform, rather than truly consolidate, your costs are going to be almost identical to what they were before, minus some minor capital and technology costs. The real cost savings come from retaining fewer staff, optimizing their capacity, and becoming more efficient.

Dispatch needs for law enforcement, fire, and EMS vary. What are the most important differences people should understand when considering consolidation?

Law enforcement, fire, and EMS have different technological requirements that managers should be aware of before embarking on a consolidation. The two driving principles in law enforcement dispatch are legality and officer safety. The information from a call must be recorded accurately and in detail, in case it is used later in a legal setting. Law enforcement CADs are not designed for speed but really to serve as a mass records management system. When a name or an address is entered, the system provides historical background so the dispatcher can have the most information available at that moment for the safety of the officer. The records management and artificial intelligence logic behind record linking and its multitude of other features make the police CAD the most expensive of the three.

The fire service CAD, on the other hand, is almost exclusively speed-oriented. There is almost no records management aspect to it because the type of building—whether it is residential or industrial—and its size, can be easily ascertained from the caller. The system needs to know where the call is coming from, if there is a fire, and what station is going to respond to it. It’s a fairly inexpensive system. The CAD and subsequently the dispatch center are designed for field management of the incident and thus employ the fewest number of dispatchers. I consulted in a city in which two dispatchers handled about 155,000 annual fire calls.

The CAD for high-performance EMS is a half-breed between law enforcement and fire, focusing on deployment. The system determines how to move resources to optimize the response to each scenario. There are lots of complex algorithms and analysis of historical data running in the background to determine the probability of risk in different geographic areas, which allows dispatchers to proactively move resources to those high-risk areas.

There is not one CAD system that does everything because they are each built for a specific function. It’s important to understand the differences among the various systems and what your agency needs. Work with your technology team and vendors to make the best decision in choosing a CAD.

What are the most important factors that will lead to a successful consolidation?

There are three elements to address early in the process if you are consolidating these different sectors.

First, the governance and dispute resolution model. You must establish this up front. Larger cities will inevitably contribute more than smaller cities. Come up with an agreement early in the process. It’s like having a divorce agreement while you’re still in love. It can be hard to think about, but it will be much fairer in the long term than coming up with the agreement later when issues arise.

Second is cost sharing. The costs for law enforcement, fire, and EMS dispatch systems vary, and they each have their own technological and capital requirements. Get an understanding and consensus on how this variance will be accounted for.

Third is performance metrics. It may seem obvious, but before you start the consolidation, establish what metrics you will use and what you expect from the consolidation. Metrics are key in assessing the success of a consolidation effort. Before you begin, gather qualitative and quantitative metrics, such as call volume, time to answer the phone, time to process the call, time to dispatch, or time to respond to people in the field.

What is the single biggest mistake most often made in consolidations?

The biggest mistake I see in consolidation is the overnight off/on switch. If you are attempting a three-month consolidation, you’re likely not addressing issues such as varying levels of performance or knowledge. You need to ensure you don’t lose a dispatcher’s knowledge of local geography or systems and protocols. Take the time to address changing governance and policies, training, and new employee onboarding.

What other improvements can consolidation realistically achieve?

Besides cost savings with upgraded technology and infrastructure, the largest operational problems that consolidation can help solve are call handoff and client satisfaction. A center can also improve response times because in a true consolidation, agencies should have agreements in place to dispatch the closest unit assigned across boundaries. These agreements also allow dispatch to reduce errors in assigning resources, since they now have a much broader geographic territory and can assign, and reassign, resources across jurisdictions based on where the call originates.

What is the typical timeline after the pre-evaluation to complete a full dispatch consolidation?

There is no prescriptive timeline. It’s best to consolidate in a phased approach, one community and one discipline at a time. The first integrated system will take the longest—likely a couple months—in order to harmonize policy changes, ensure technology is working, and smooth out any bumps. From there, each additional system should be easier and faster. Go at the pace in which you are able to address the staff cultural changes, new training, and policies. Don’t go for the big switch all at once.