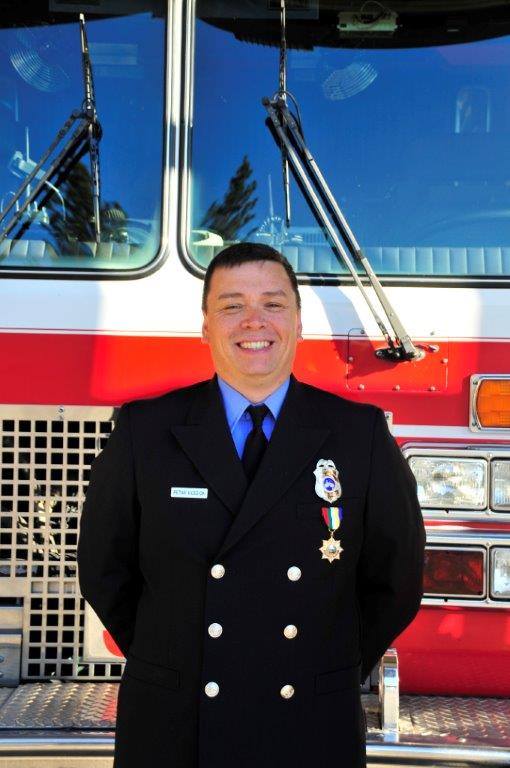 EMS-related SCA studies similar to these struck a chord with Capt. Petar Hossick, EMS Training Officer/Paramedic, Bend Fire Department, Oregon (USA). Although providing CPR to a drowning victim motivated his career in EMS during college, it was later as a paramedic that he realized the significance of connecting all the pieces for SCA survival, beginning with 911.

“Emergency dispatch is the first piece in the chain of survival,” said Hossick, who has been with Bend Fire Department for 17 years. “And I can’t say enough about the importance of the piece they control in [patient] survival.”

Hossick runs the department’s resuscitation quality assurance program, a position that evolved from his fellowship in 2012 with the Seattle (Washington, USA) Resuscitation Academy. The program was a “light bulb moment,” sparking his conviction to “engender” a SCA survival culture among Bend County police, fire, and dispatch. Deschutes County 9-1-1, Bend, Oregon, was among his first stops. Deschutes County 9-1-1 dispatches for 15 police and fire/emergency medical services (EMS) agencies. In 2016, emergency dispatchers answered 256,541 incoming calls, of which 66,989 came in on the 911 line (18,840 dispatched for EMS).

His scheduled visit was welcomed by Training Coordinator Megan Craig and the intra-agency collaboration Hossick wanted was an offer she readily accepted.

“He got a conversation going,” she said. “He wanted to make sure that we were all on the same page when something happened.”

Fire, police, and EMS agencies interested in the collaborative project wrote policies and participated in ongoing CPR training. For emergency dispatch training, Hossick brings mannequins to the communication center and uses metronome apps to help them visualize what they’re instructing the caller to do: high-performance CPR (minimal breaks in compressions, full chest recoil, adequate compression depth, and adequate compression rate). He offers advice. It’s OK if you get it wrong and provide bystander CPR for a patient not in cardiac arrest. The risk of harming the patient is extremely low.

“We give permission to miss things, because every time you get it right, you can make a difference in a person’s life,” he said.

Craig said they no longer ask callers “if” they will give CPR.

“We assume they will do CPR before they say they won’t,” she said. “Everything we do depends on getting hands-on-chest fast and following protocol to increase survivability in SCA.”

Meeting survivors is a bonus.

“This is our payoff,” Hossick said. “It’s a living representation of what we can do and a behavior reinforcement.”

The intra-team approach has proven successful. Since 2012, according to Hossick’s data, Bend County’s rate of survival from SCA has increased from approximately 20 percent to 71 percent in 2016.

“We could not have done it without Megan and 911,” Hossick said. “If your dispatch center is not firing on all cylinders that number is not possible. We absolutely need dispatch to be super good at what they do.”