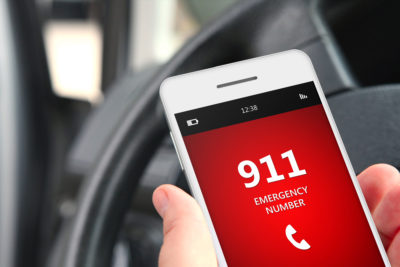 By June 30, 2015, all U.S. wireless carriers and other text messaging providers were required to respond to PSAP requests to accommodate text-to-911.

That doesn’t mean the Federal Communications Commission (FCC) will require all PSAPs to accept text messages; it does mean that if your PSAP is ready to accept texts, the provider must be capable of supporting the request.

The FCC maintains a monthly update of text-to-911 “PSAP Readiness,” which in November 2015 listed 480 PSAPs in alphabetical order (rather than by date of readiness). In July, Indiana was the national leader in offering the ability to send a text message to responders, with 88 of the state’s 92 counties in “PSAP Readiness.” The saturation is attributed to IN911, an Emergency Services InterNetwork connecting all primary PSAPs in the state, which, since initiated in 2006, has grown to include texting services, IDACS, wireline 911, CAD, database, and disaster recovery systems.

Utah plans a similar approach—a statewide initiative—according to Eric Parry, 911 Director, Utah Communications Authority Network. Earlier this year, the state kicked off its texting to 911 public education program. I am the spokesman for the campaign.

The number of text messages received at text-ready PSAPs, however, speaks of the public’s slowly developing readiness to text for assistance, and it is a big driving force behind Utah’s effort to get the word out about the appropriate use of texting to 911. Our slogan: Call if you can, text if you can’t.

Dane County (Wis.) 911 went live with texting to 911 in mid-November 2015, and in the first few days of operation, the center had received, most notably, a “wonder if this works” text, according to Director Paul Logan.

The commonly used text-to-911 process is fairly standard: Users text for help in the emergency, a notice of the text pops up on the dispatcher’s screens, and, once confirmed, the dispatcher begins gathering information and notifying response.

The International Academies of Emergency Dispatch (IAED), through its software partnership with Priority Dispatch Corp. (PDC), gives ProQA Paramount users the ability to send SMS-compatible, exact protocol-based text to their CAD system. ProQA does not interface directly with the phone system and requires the CAD middleman.

CADs that support this feature with ProQA Paramount and have the readiness to accept SMS through wireless carriers can relay SMS text messages to the caller containing Case Entry (CE) Questions, Key Questions (KQ), and Dispatch Life Support (DLS) instructions, including lifesaving PAIs, PDIs, and safety warnings exactly as they are already written.

Since Chief Complaint selection depends on a series of KQs, the dispatcher simply enters the text information from the caller into ProQA—the same process that a dispatcher uses for a voice call. When the dispatcher needs KQ clarification, there is a pop-up dialogue box in ProQA containing a list of commonly used clarification messages for each protocol system. For example, the caller’s response to safety relocation questions in the Police Priority Dispatch System (PPDS) Caller in Danger (CID) Protocol guides appropriate PDIs.

The dispatcher can customize clarification questions and send the PDIs and PAIs as text messages. Description Essentials dialog boxes are also available.

Texting to 911 is still in its early stages and, as yet, is not a mirror image of making voice calls to report an emergency. For example, while most 911 systems can pinpoint the tower routing a wireless call to determine a caller’s location, the location identifier is not SMS supported.