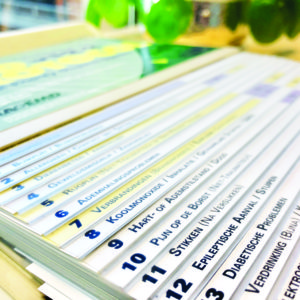 Eindhoven, this one’s for you.

At the 2018 NAVIGATOR conference in the U.S., I met someone who hails from that city in the Netherlands. He made a point of saying that he reads this column regularly. The fact that a Nederlander (or anyone else, for that matter) would consider my column of interest is a real compliment. And it reminded me that we all share the same emergency call handling needs regardless of where we’re from.

The Protocols are truly global. A NAVIGATOR conference really underscores that. In any hallway between sessions you’re likely to see uniform patches from Canada to New Zealand and dozens of countries in between. During the presentation of ACE awards at the Opening Session, representatives from São Paulo, Brazil, and Trinidad and Tobago took the stage. Regardless of what number someone uses to reach you in an emergency, the same Protocols are in use. More importantly, whether you’re a smaller dispatch center in Gonzales, Louisiana (USA), or a larger one in Guangzhou, China, global call data is at work for you. Most dispatchers don’t realize just how much.

Take London Ambulance Service (U.K.), for example. That agency handles around 1.3 million calls per year. Indirectly, you benefit because London Ambulance and many other agencies around the world share their call data with the International Academies of Emergency Dispatch® to help develop and validate the Protocols. Imagine if you wanted to change a dispatch procedure at your communication center, and you wanted to know how that change impacted what your responders did in the field. So you decided to try it for a while, and during that time you asked them for feedback on whether the change was beneficial to them. After a month or so and a few hundred calls later, you made your decision on whether to continue your new policy permanently—secure in the knowledge that your decision was based on something more than guesswork.

Now imagine doing that with 1.3 million calls. An example is the Post-Dispatch Instruction most Emergency Medical Dispatchers could deliver in their sleep: “If there’s a defibrillator available, send someone to get it now, in case we need it later.” The reason this instruction appears in the Medical Protocols for certain DELTA-level patients is because those patients have a greater likelihood of going into cardiac arrest. That statistic comes from call data through agencies like London Ambulance Service. The country of origin doesn’t matter; heart attacks happen and houses burn the same around the world.

Drawing from large data sets—and clinical research data—also means that you have access to instructions for challenging scenarios that may occur in your center only rarely. These are termed high-critical, low-frequency events. An example is a call I took for a prolonged breech birth with multiple complications, where ProQA® Medical took me to a panel of Pre-Arrival Instructions I had never seen before. But somewhere in the 39-year evolution of the Protocols, the efficacy of those instructions had been validated. I know, because the baby girl I helped deliver is living proof.

All of the above illustrate the concept of what the International Academies of Emergency Dispatch calls a “Unified Protocol.” It means that language aside, someone reporting a heart attack in Wasilla, Alaska (USA), is asked the same questions as a caller in Eindhoven, Netherlands. And the identical patient presenting to both dispatch centers will end up with the same Determinant Code, even though each center may choose to send a different response based on local resources. One world, one Protocol.

So whether you say “Okay, tell me exactly what happened” or “Zeg mij precies wat er gebeurd is,” you’ve got the world at your fingertips. Feel the power!