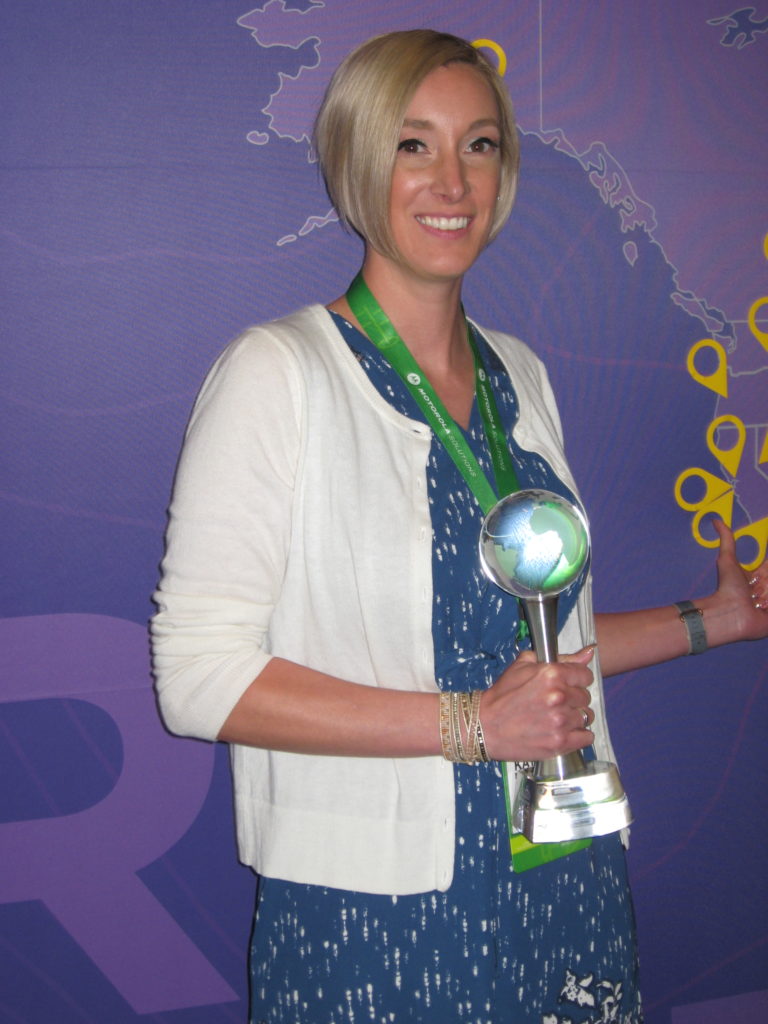 Emergency Fire Dispatchers are on the forefront of reinforcing and evolving protocol.

Experience and techniques developed over long public service careers reflect their unwavering attention to high standards and consistency of scientifically proven protocol, as recognized in Dispatcher of the Year (DOY) awards in 2008 and 2019, respectively.

Katerine “K.T.” McNulty, REDCOM, California (USA), combined ingenuity and experience during the wildfires devastating Northern California—prior to her center’s use of the Fire Protocol—that led to changes released in Fire Priority Dispatch System™ (FPDS®) Version 7.0. The 2019 DOY award came at the heels of the protocol’s comprehensive revision and included scripted instructions based on McNulty’s advice from many years in emergency dispatch.

Scott W. Dunkelberger, New Castle County Communications (NCC), Delaware (USA), reinforced what was in the Fire Protocol and the personal “know-how” he developed over his career to save four children trapped in a burning building. He was the first EFD to receive the DOY award, preceding the EFD DOY at NAVIGATOR 2019 by over 10 years.

Pam Stewart, IAED™ Director of Operations, said both EFDs represent their commitment to IAED’s standards and signify their dedication to public safety in the most trying times.

“With these awards, we are given the opportunity to express gratitude for events separated by time, not magnitude or commitment to the profession," she said.

“What she did was so incredible,” said Mike Thompson, PDC™, Medical/Fire Program Administrator, who presented the 2019 Dispatcher of the Year Award to McNulty, REDCOM Operations Manager, Santa Rosa, California. “She never gave up, and she did it without protocol. She relied on base knowledge.”

McNulty was on duty Oct. 8–9, 2017, at the start of the Northern California wildfire milieu that damaged and destroyed hundreds of homes and businesses, killed 44 people either by fire or smoke inhalation or accidents related to the ensuing chaos, and devastated thousands upon thousands of acres devoted to vineyards, farmland, and scenic destinations.

Calls poured into REDCOM, overwhelming the 24 emergency dispatchers who were able to make it to the center from homes already, perhaps, in visible sight of fire and smoke. Most worked 35 hours straight, providing any possible assistance in a multi-jurisdictional battle to combat the massive blaze fueled by high winds and dry landscape.

“No one knew what was going to happen,” said REDCOM Supervisor Holly Ficher. “Fire was moving so fast and we had no idea how big it was or the direction it would go.”

McNulty’s calls mirrored the other calls coming in. In the audio played at NAVIGATOR, the caller was trapped in her home. "There is fire everywhere,” she cried over the phone. Fire blocked the home’s entrance. Fire engulfed the back of her home. Fire was tearing up the driveway close to the front of her home. The family swimming pool in the backyard, which McNulty advised as possible sanctuary from the fire, was inaccessible.

The caller couldn’t escape or, apparently, improve her situation. Yet, McNulty never gave up.

“She never gave the caller any indication that there was little hope,” Thompson said.

The call ended, and McNulty went on to the next, but her instructions highlighted in the call presented at NAVIGATOR prompted a meeting between REDCOM Executive Director Aaron Abbott and the International Academies of Emergency Dispatch®. McNulty’s advice to escape—rather than shelter in place—and seek refuge in a swimming pool, among other instructions, were integrated into FPDS Version 7.0 Protocol 82: Vegetation/Wildland/Brush/Grass Fire. The Protocol’s Pre-Arrival Instructions (Wildland Fires – Preparations, Trapped/Evacuate) give EFDs a rescuer role, when necessary, providing lifesaving instructions while firefighters are en route.

What was McNulty’s secret during the days of the fire? There wasn’t one.

“I was grasping at straws to help her,” McNulty said. “I was trying my hardest to visualize a way out for her.”

REDCOM Communications Training Officer Krista Botts didn’t see it that way. Yes, McNulty was desperately trying to help the woman succeed in escaping the fire, but that kind of advice is something nothing short of a professional can pull out of the air.

“K.T. is an exemplary example of career dispatch,” Botts said. “Her base is knowledge spanning over 18 years.”

McNulty started in the profession soon after high school graduation. She was interested in firefighting, got a job in dispatch, and hasn’t looked back.

“Something different happens every day,” she said. “I’m always learning. There are always problems to solve. I’m always motivated.” 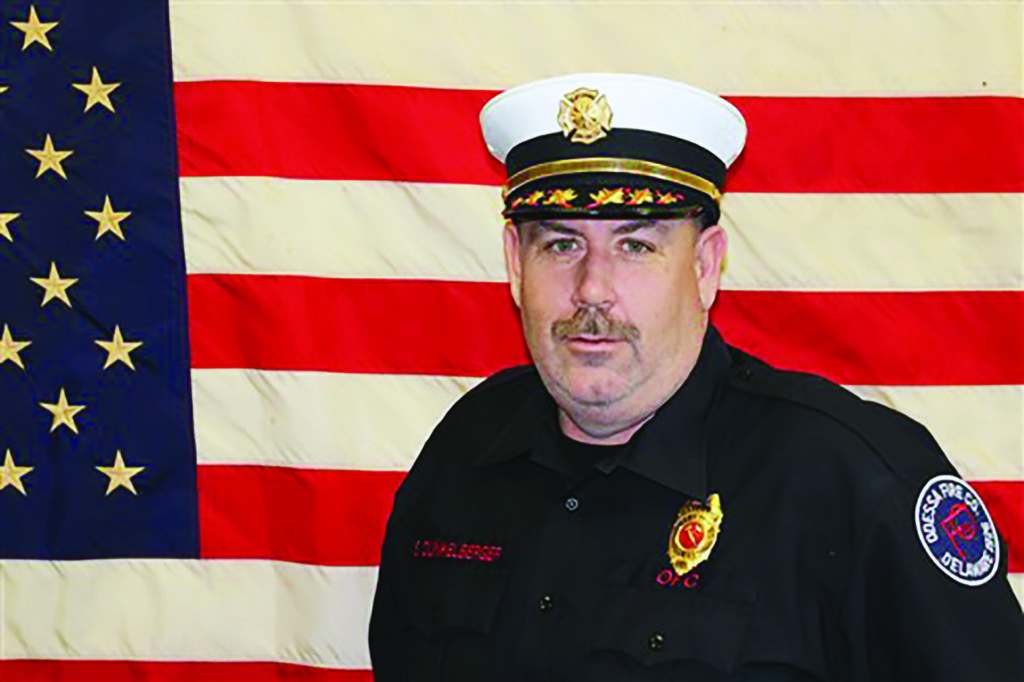 On Nov. 13, 2007, Dunkelberger answered a call from a 16-year-old girl who had rushed two younger sisters and a baby brother to an upstairs bedroom of their home to escape a fire started by an unattended candle. Dunkelberger gave instructions to close the door and place wet towels to prevent smoke inhalation. Firefighters rescued two children through the second-floor window and carried the other two down through the house.

The children survived, with the oldest crediting Dunkelberger for calming her and convincing her that escape through a second-story window was not a plausible option prior to firefighter arrival.

Dunkelberger said it was all in his voice. He keeps his voice low when providing instructions to panicked callers. “You can’t get excited because that leads to excitement at their end,” he said. “You have to go in the total opposite direction, almost whispering to them so they have to concentrate on what you’re saying.”

Dunkelberger was IAED Dispatcher of the Year in 2008 for the high standards he maintains to “deliver the best help possible,” according to NCC Chief Jeffrey Miller, who nominated him.

Dunkelberger started with Delaware State Police emergency communications in July 1989 and five years later, he moved to New Castle County as a police dispatcher, transferring to fire/medical dispatching within the agency in 2000. During the past 10 years, since the DOY award, he was promoted to shift supervisor in fire and medical and is assigned part time to the QA/QI office. He is President of the Odessa Fire Company in Odessa, Delaware, where he has volunteered since 1986.