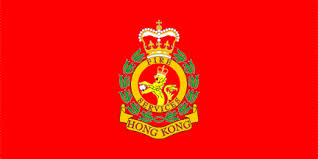 Pearl Of The Orient

Everything about the Hong Kong Fire Services Communication Centre (FSCC) in Kowloon, China, speaks of the city nicknamed “the Pearl of the Orient” for setting a standard against which other public services are measured.

Hong Kong is officially the Hong Kong Special Administrative Region of the People's Republic of China, a special administrative region in southern China. Hong Kong is a center for global trade, gateway to the rest of China, and a pillar of modernization compacted in the world’s third most densely populated city (6,659 people per square kilometer/square mile).

Above all, the city possesses a spirit that welcomes challenge on an international stage.

The Hong Kong Fire Service Department (FSD), which oversees the FSCC, celebrated its 150th anniversary in 2018 and has scored the highest satisfaction rate (82.9) of all city forces over the past seven years.1 The department is divided into seven branches: three Operational Commands (Hong Kong, Kowloon, and the New Territories), the Headquarters Command, the Ambulance Command, the Fire Safety Command, and the Licensing and Certification Command.

The FSCC falls under the Operational Command and provides emergency medical and fire dispatch to roughly 7.5 million people. It coordinates the unified Ambulance Command and the Fire Command, which employs 10,000 uniformed and civilian workers and is comparable to the average population of a small city in the U.S. (see sidebar).

The FSCC’s drive to protocol started slowly, beginning with giving instructions over the phone, when necessary, for six common types of injuries and sicknesses: bleeding, burns, fracture/dislocation of limbs, convulsion, heat exposure, and hypothermia.

Following international trends, they took larger steps to upgrade the FSCC computer system to complement the immediate, comprehensive, and appropriate Pre-Arrival Instructions available through the Medical Priority Dispatch System™ (MPDS®). Three languages were built into ProQA® (English, Cantonese, and Mandarin) and major efforts were expended during the preparatory stage to obtain consent on the final translation since there may be more than one way that an English phrase can be presented in Cantonese and Mandarin.

Protocol in any language

At the end of 2018—three months after going live with MPDS—the FSCC provided Post-Dispatch Instructions for 133,632 emergency medical calls, including cardiac and respiratory arrest, choking, and childbirth. Prior to MPDS implementation, emergency dispatchers did not give over-the-phone instructions. They gathered the information and dispatched resources. CPR was provided upon paramedic arrival (29%) or by health care professionals after hospital transport (50%).

The rate of CPR provided has risen dramatically for all cardiac calls since then, according to IAED™ President Jerry Overton, who has visited the FSCC, and the entire increase (44%) corresponds directly to EMDs guiding layperson CPR. During that same period, EMDs used childbirth PAIs in the successful delivery of five babies.

A feat to remember

Medical ProQA went live at the FSCC in October 2018, and 13 months later, in November 2019, the FSCC became an Accredited Center of Excellence (ACE). FSCC is the 275th IAED-recognized ACE and the first ACE in Hong Kong.

Achieving ACE was a feat garnering high praise from IAED Associate Director of Accreditation Kim Rigden, who has approved 74 brand-new ACEs (medical, fire, police, and ECNS) and 151 re-accredited ACEs (across all disciplines) over the past three years.

“This is one of the quickest implementations to ACE we have on record, and the application was simply excellent,” said Rigden, who acknowledged a “village” of support here and in Hong Kong to review cases, satisfy the Twenty Points of Accreditation, translate documentation, and conduct a site visit.

The ACE certainly means a lot, Eric said. “It proved that FSCC is recognized as one of the centers providing superior and up-to-date public care service in emergency situations. That helps to provide confidence to the general public for the post-dispatch advice (PDA) service we provide.”

Eric credits public acceptance to de-emphasizing the technical details and simply launching a public awareness campaign on their “new value-added PDA service.” The more frequent callers, such as security at shopping centers, needed clarification but as far as general public acceptance? It was close enough to what had been done [before launching ProQA] other than listening to a few more questions systematically asked and receiving Pre-Arrival Instructions while an ambulance was on the way.

The success of ACE he credits to the EMDs and an unspoken but keenly felt peer pressure.

More than 25% of their EMDs were new to the industry (less than three years), and close to 10% of them were hired when MPDS was scheduled to go live. The new people picked up on the system easily. For the more experienced emergency dispatchers, however, Eric said the transition required closer attention from quality improvement. Successful outcomes seal the importance of EMDs and PDAs, Eric said.

“The PDAs proved to be helping the public, and our EMDs began to feel job satisfaction,” Eric said. “They realize their critical role in helping people needing immediate assistance.”

The FSCC is equipped with a computerized mobilizing system linked to all fire stations, ambulance depots, and fireboat stations for dispatch of resources. The department has six Mobile Command Units (MCUs), which serve as on-scene command and control centers in major incidents. In 2018, 93.8% of urban area fire calls were handled within the pledged six-minute response time.

All console operators are cross-trained and deployed on control room and mobilizing duties. Initially, they are required to undergo an 18-week training, followed by the EMD certification course. Two operators, the “calltaker” and the “emergency dispatcher,” handle over-the-phone PDAs and ambulance dispatch, respectively. Once a calltaker confirms the location of an incident and the nature of a call, ambulance resources are immediately dispatched to the scene. The calltaker continues dialogue with the caller and follows the protocols to determine the patient’s current condition and gives the appropriate PDA. At the same time, the emergency dispatcher monitors and provides instant follow-up.

What are your most common calls?

The five most common types of conditions of patients requiring post-dispatch advice (PDA) are sick persons (general sickness such as diarrhea, dizziness, etc.), breathing problems, falls, unconscious/fainting (near), and chest pain/chest discomfort. These accounted for about 70% of all emergency ambulance services (EAS) calls with PDA given. Among the remaining EAS calls, PDAs were given to around 2% of callers where the patient had a potentially life-threatening situation, including cardiac or respiratory arrest/death, choking, and pregnancy/childbirth/miscarriage.

We interviewed two callers who received PDAs for childbirth and CPR and posted on the FSD Facebook fan page to further convince the public about the benefits of protocol. They are in Cantonese and may be viewed at:

Teamwork. To decrease a relatively high caller hang up rate, we produced a video and posted on our FSD Facebook fan page to draw public attention to staying on the line. The video, from initial brainstorming to final shooting, was conducted by staff members and almost everyone in the video are FSCC EMDs. On one hand, it helped develop their team spirit; on the other hand, it helped arouse public interest to our PDA service. For easy reference (although in Cantonese), the link is https://www.facebook.com/2259548997450630/posts/3294397310632455?vh=e&d=n&sfns=mo.

Anyone you’d like to acknowledge at IAED™ or PDC™ for their help in all of this?

As a matter of fact, those who visited us played a critical role leading us in achieving the ACE. Brett Patterson, who taught me EMD, gave us a lot of insight. Ivan Whitaker and Tony Guido provided thorough guidance in writing the EMD policies. Ken Hotaling gave EMD lectures and helped in our QIU process. Ross Rutschman was particularly helpful and kept us on the right track all along from the very beginning, giving EMD/AQUA® lectures and writing EMD policies and QIU marking procedures/standards to ACE documentations. Chip Hlavacek also helped to solve technical problems moving from AQUA 6 to AQUA 7.

Tell us something about yourself.

During my more than 15 years in the paramedic service, I worked in the field providing prehospital care, and I was in charge of an ambulance depot. In 2017, I moved to emergency dispatch to lead the QIU team overseeing the new PDA service. My core duty is coordinating the dispatch center and ambulance sector to ensure the sustainability of the provision of PDA service.

The job duties, working environment, colleagues, and workflow/procedures are new. However, the three other members of the QIU team have helped me adapt quickly and smoothly.

Finally, a question on every emergency dispatcher’s list is FSCC’s active role in the recent Hong Kong protests.

Police Regional Command and Control Centres (RCCC) answer 999 calls via their 999 consoles. RCCC officers determine the nature of calls, according to guidelines. For emergency cases, RCCCs dispatch police officers to handle these cases.

The FSCC responds to fire-related incidents and medical emergencies. In case of a medical emergency, protestors seek treatment at underground clinics rather than risk arrest if transported to hospitals. As far as fire services, between June 9 and Oct. 1, firefighters responded to 37 incidents involving firebombs thrown by protesters; objects such as rubbish bins are also frequently set on fire. The fire department responded to a total of 319 fires during the same period.