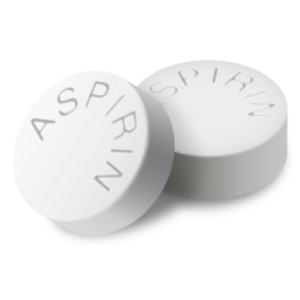 I am asking your guidance in relation to administering aspirin when the patient was bleeding or recently had a bleed. I believe that the aspirin should be administered in these cases (correct me if I am wrong), but before I would respond to the staff member query, I was hoping to have a little clinical rationale on why it should be withheld if the patient had vomited blood or coffee grounds or passed black or bloody stools in the last 24 hours. I have added the EMD’s query below and would appreciate if you could provide some rationale.

Just wanted to check something. In the Chest Pain Protocol I never used to give aspirin if someone was bleeding. A call came in for someone with chest pain, and they had had a nosebleed just previous. Is it appropriate to give aspirin? I know it only asks if they are vomiting blood or coffee grounds, but I have never given it with any blood being passed. I have never really thought about it, but I am mentoring so just want to give the right advice for future calls.

This question has been previously reviewed by our Standards Council, and there is consensus NOT to consider nosebleed a contraindication for ASA administration in the presence of heart attack symptoms. Nosebleed is, essentially, a peripheral bleed that can be controlled with direct pressure until further treatment, if necessary, can be provided at the hospital, whereas evidence of recent/ongoing internal bleeding with unknown cause may contraindicate ASA use. In fact, due to the proven benefits of early ASA administration in heart attack patients and the relatively minor effects a single dose of ASA has on active bleeding, the decision to withhold it, even with evidence of active GI bleeding, is still a bit controversial.