One Year Of Government Affairs

My first year as Director of Government Affairs at IAED™ has been a hectic and quite fulfilling one. We have been working to bring awareness and understanding to federal, state, and local partners within the public safety space and policy and rulemaking authorities across the spectrum.

In 2021, IAED was represented at the National Conference of State Legislators (NCSL) in Tampa, Florida (USA). While speaking with attendees from more than 25 states as well as other countries, we discussed the need for protocols, enhancements to 911 infrastructure, minimum training requirements, and reclassification.  This year we hope to engage with more legislators at NCSL.

Additionally, we have assisted several states with draft language, comments, and testimony regarding legislation. These efforts have been incredibly successful, which I’ll break down by state.

We worked with a grassroots effort led by 911 directors throughout Indiana that introduced legislation to require minimum training for 911 professionals. Hancock County (Indiana, USA) Director John Jokantas, ENP, took the lead on the bill working with state senator Mike Crider, the former Director of the Law Enforcement Division of the Indiana Department of Natural Resources, to introduce the legislation in consultation with the Indiana Statewide 911 Board. On March 7, when the governor signed Senate Bill 158 into law, Indiana became the 32nd state to have minimum training requirements for 911 professionals. The bill requires minimum training for all 911 telecommunicators in the state and requires 24 hours of continuing education annually. 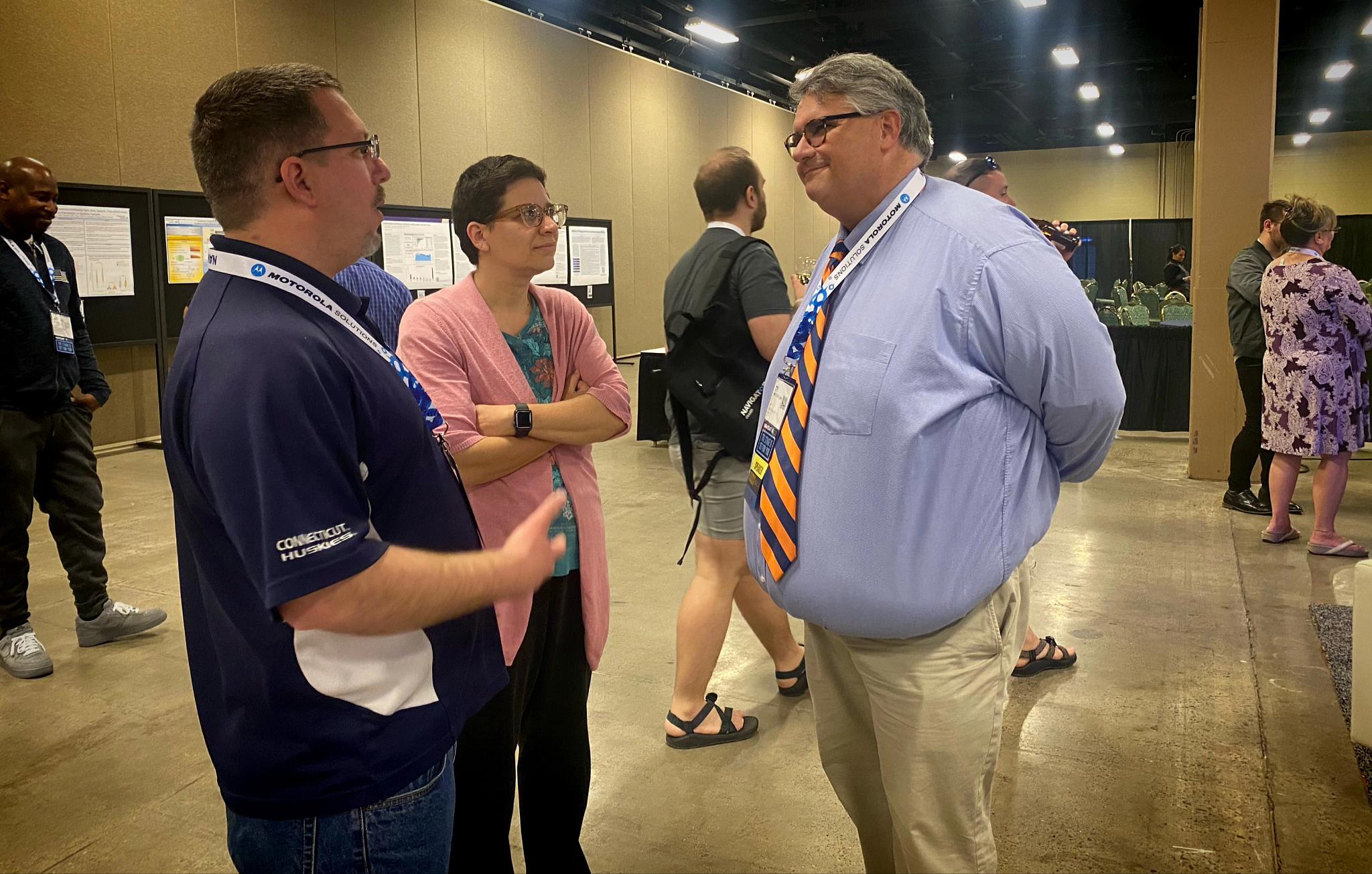 Working with the Alabama 9-1-1 Board and a grassroots effort by 911 directors, the Alabama legislature passed House Bill 414, making it the 33rd state in the country with minimum training requirements for 911 telecommunicators and expanded the role of the statewide 911 board to require 911 professionals be certified and set those rules. The law also recognizes 911 professionals as first responders.

Again, a statewide grassroots effort helped make Washington the 34th state with minimum training requirements. The NENA/APCO chapter in Washington spearheaded the efforts and, combined with a lot of work done by 911 professionals from all over the state, they were successful in their request. The bill also expanded the role of the 911 Coordination Office to create a certification and training program throughout the state. The law went into effect on June 6.

Regarding the federal level, we continue to engage in conversations with our federal partners on several important issues for all of 911, including regular meetings and information sharing about the implementation of 988 this summer. I have represented the 911 industry in conjunction with other 911 organizations on lessons learned from the global pandemic and the impacts on centers, staff, technology, and more. We have participated in several efforts brought forth by NHTSA’s National 911 Program, including an extensive toolkit to be used by the 911 industry to position us for a favorable change to our classification status in the coming years. Please check out this and the many other resources at 911.gov

In December 2021, we celebrated Laurie Flaherty’s 17 years of service as the National 911 Program’s first coordinator. Her contributions to the 911 industry are legendary, and her efforts there will be long-lasting.

In May, we welcomed Brian Tegtmeyer, ENP, as the National 911 Program’s new coordinator. Brian is the former director of DU-COMM in Illinois (USA). He is a nationally recognized subject matter expert and instructor for 911, and his vast experience working in various sized 911 centers will benefit the program and all of 911 in the future.

And as I reflect on the past year, I know we have accomplished so much, but there is still more to do. Please reach out to me if you need assistance with information, research, model language, or strategies. We are committed to do anything we can to further our goal of improving the 911 industry through the use of structured protocols and training.