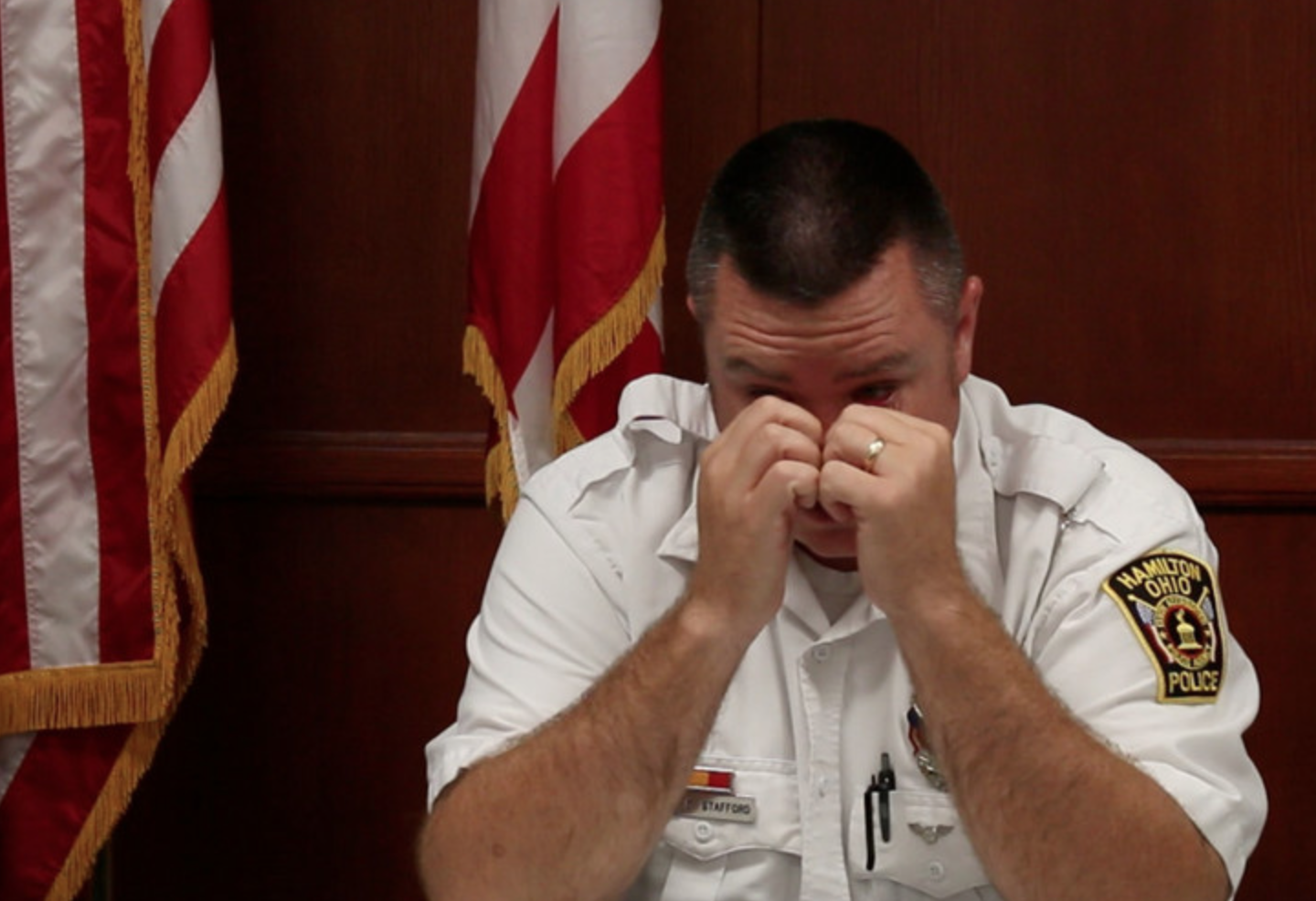 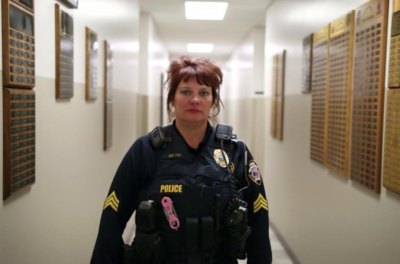 A white police officer’s shooting of an unarmed African-American man on April 7, 2001, in Over-the-Rhine, a neighborhood in Cincinnati, Ohio, USA, sparked three nights of rioting and some of the worst racial violence since the 1968 assassination of the Rev. Martin Luther King Jr.

A month later, when a grand jury handed down a misdemeanor indictment against Police Officer Stephan Roach, activists, accompanied by clergy, most notably Black United Front President the Rev. Damon Lynch III, again took to the streets of what was at the time the eighth-most segregated city in America.1

“Stephan Roach, you can’t hide; we charge you with genocide,”2 marchers chanted in protest of charges deemed prejudiced and merely a slap on the officer’s wrist.

Roach, 27, was a firefighter and police dispatcher in Oxford, Ohio, before becoming a Cincinnati police officer in 1997. Roach shot and killed 19-year-old Timothy Thomas while trying to arrest him on 14 outstanding misdemeanor charges. He thought Thomas was reaching for a gun in a pursuit that took them down a dark alley. He shot Thomas in the chest.

Roach faced up to nine months in jail if convicted on charges of negligent homicide and obstructing official business. Municipal Judge Ralph E. Winkler acquitted Roach of both charges after hearing the trial without jury, pronouncing that the shooting was a “split-second reaction to a very dangerous situation created by Timothy Thomas.”3 The trial had commenced less than two weeks after the terrorist bombings of the Twin Towers in New York City, N.Y.

Roach, who did not testify during the trial, left the courtroom holding hands with his wife, Erin. “Unfortunately, this is a tragedy for everybody involved,” he said. “I would give anything to change the outcome of what happened that night, but unfortunately I can’t.”4

Jump ahead 13 years, and Roach still carries the weight of the incidents. For a long time, he took responsibility for the three days of total chaos on the streets, and he resents the media for his portrayal as a careless police officer exhibiting reckless behavior. As of 2014, he had yet to talk to his children about the incident.

“It’s kind of a hard thing to tell your kids,” said Roach, who left the Cincinnati Police Department in January 2002 for the Evendale Police Department (Ohio). “The incident changed the course of my life, and someday I have to tell them before they find out from someone else.”

Roach was among nearly a dozen police officers and behavioral experts interviewed in the documentary “Officer Involved,” written and produced by Patrick Shaver, a police officer in Georgia, and his wife, Carla Shaver. The couple traveled more than 30,000 miles in two years filming and creating the resulting two-hour, 40-minute movie that since April 2016 has been shown through private screenings in theaters across the country.

Patrick Shaver said the idea grew exponentially from a conversation. A friend wanted his view of why police officers tend to use deadly force during a potentially violent confrontation, rather than shooting to simply injure or immobilize the suspect.

“Police are always asked that question,” Patrick Shaver said. “Why can’t officers shoot the tires off a car or aim their gun at an arm or a leg? So much more goes into a situation, and there was nothing I could find that adequately explained what police officers go through. They are looking at making a judgment to save their life, their partner’s life, or a citizen’s life in a moment.”

“Officer Involved” documents the emotional, psychological, and social aftermath of officers who have been part of a deadly force incident but without fully describing the situation prompting the action (the Roach story was an exception). More than 150 officers contacted the Shavers in response to a posting about the project and a volunteer request on their “Officer Involved” Facebook page.

“We didn’t want to get into the why,” Patrick Shaver said. “The film does not pass judgment. We have tried to show the process even when things go bad as they did in Cincinnati. People can finally see he has emotion, that he [Roach] did struggle after the incident and is still trying to make peace with himself.”

The film is divided into sections, including how do you tell your spouse/children about the incident, public perception following media coverage, emotional issues of dealing with the incident, and the way officers are treated within their departments after an incident. The film explains why an officer seldom shoots to wound (training, movement dynamics, ballistics, tactics, and the challenges officers face on the street).

Wilmington (N.C., USA) Police Officer Ian Lovell talked about a police confrontation in 2014 with a young woman who was alone in her parked SUV. The woman’s boyfriend had called police after she sent him messages about harming herself. When police arrived on scene, Lovell saw the woman raise the gun up from her lap toward him and his partner with her hand on the trigger. He shot her, perceiving that his life and that of a fellow officer were in grave and imminent danger.5 She later died from the wound. The officers were cleared of any charges.

“There’s not a day that goes by without me seeing her face and wanting to help her,” Lovell said. “That girl wanted to die. The only thing I walked away with was my life. Everything else was a loss.”

Riverdale (Ill., USA) Police Detective Sgt. Dan Dempsey talked about losing his partner, Detective William Rolniak Jr., in 2004. Dempsey and Rolniak had been questioning a suspect before the Cook County state attorney’s office approved charges of aggravated kidnapping, attempted first-degree murder, and home invasion. The suspect took Rolniak hostage and shot him in the head before Dempsey could reach them.

Rolniak was Riverdale’s first officer killed in the line of duty.

“The services were numbing,” Dempsey said. “I don’t remember a lot of it. Everything about the incident revolves around my life. It’s very difficult to process my partner’s death and the anger and guilt I felt afterward.”

The use of lethal force is life changing, said Police Psychologist Lawrence Blum, who has spent nearly 30 years evaluating and treating police stress.

“The incident pierces an officer’s callouses,” he said. “It’s an infection of the mind, soul, and heart.”

Carla Shaver said the experience of making the film affected her perspective.

“Every time [Patrick] leaves, I think about what could happen and then put it away,” she said. “Even as a police spouse, I didn’t understand what [Patrick] goes through, but hearing what can potentially happen time and time again integrates the reality. It has made me respect the profession even more.”

For Patrick Shaver, the adventure into filmmaking enforced what he already knew about the profession.

“Police work is dangerous in every aspect, and there’s a lot more we should be doing to prepare police officers for what happens afterward,” he said.

Editor’s Note: Go to officerinvolvedproject.com/officer-involved/ for more information about the “Officer Involved” project and film.