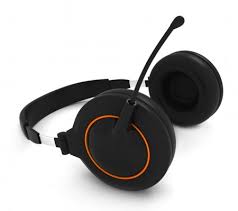 Nothing Short Of Amazing

They are the essential link in connecting the chain of events to render vital assistance in oftentimes chaotic and unpredictable situations. The emergency dispatcher is the voice of calm and reassurance in an environment that never reveals their identity.

The following stories are meant to provide insight into qualities that personify the emergency dispatch professional. These are the same standards used in selecting the Academy’s Dispatcher of the Year (DOY), an honor that most—if not all—recipients turn into an occasion to celebrate their team, their center, and the protocol process. Being on the committee reviewing the nominations was among the fondest memories of former IAED™ Associate Director (1999-2017) Carlynn (Page) Crampton.

“It was an honor, a privilege to learn more about each person and what they did in the eyes of their peers,” she said. “The choice was never easy. They were all part of something bigger than themselves. They could see the difference they could make every day, on every call.”

Above all, the award also acknowledged the team and their collective efforts to get the individual through the moment, provide the right PAIs when they are necessary, and direct the right response to the scene.

The hard part is presenting an award in a profession that typically shuns attention. How do you recognize their tremendous work without shining a spotlight on them?

Ty Wooten, IAED Director of Governmental Affairs, said it is a matter of clarity, a delicate balancing act between recognition and appreciation.

“Everyone wants to know they’re doing the job,” Wooten said. “They (emergency dispatchers) want to have an impact on the community, but the reality is they’d rather stay in the shadows.”

A less glaring light of recognition is reclassification on the federal level, which puts them more in line with other public safety professionals, he said.

“The designation gives more of an understanding of what they do,” Wooten said. “It’s about asking appropriate questions and sending the appropriate response. We must foster an awareness. Emergency dispatchers are truly the first, first responders. Without them, nothing really works.”

How DOY came to be

In 1990, prior to the DOY, there was the EMD of the Year award (police and fire protocols were still a twinkle in Dr. Jeff Clawson’s eyes). Academy-certified EMDs were urged to nominate their co-workers “whose professionalism is worthy of consideration by the Academy.” The nomination form required a letter summarizing the nominee’s qualifications and, if possible, a cassette recording. The award presented at the conference in San Diego, California (USA), commended John E. Adolph of Erie County EMS in New York for his outstanding performance in the line of duty.

Fourteen years later, at NAVIGATOR 2004, Crampton, Phil Coco, IAED College of Fellows (Connecticut, USA), Steve L’Heureux, IAED College of Fellows (New Hampshire, USA), and Mark Rector (then Director of National Client Services/Government Relations, American Medical Response) put their heads together to devise a celebration even more noteworthy of the profession. They developed the criteria, and the Academy’s Board of Certification gave its OK.

At NAVIGATOR 2005, the Academy presented its first DOY award to Julie Regier, an EMD at Austin-Travis (Texas, USA) County EMS emergency dispatch. Asked about the honor, Regier looked to her profession as a whole, “Even though we may work behind the scenes, as 911 dispatchers,” she said, “we’re the first line of defense in any emergency.”

The award has been presented every year since, with the number of nominations increasing and the addition of EFDs and EPDs. Criteria is rock solid: consistency, superior use of protocol, and outstanding team member.

Not only the recipients draw Crampton’s admiration. The recognition goes far beyond the person coming to stage for the acceptance at NAVIGATOR.

“Everyone, and I mean every nomination we received, showed the impact protocol has on a dispatcher’s life and the person they helped,” said Crampton, a former emergency dispatcher and communication center manager in Davis County, Utah (USA). “To this day, I totally believe that it’s the protocol and emergency dispatcher making the difference in thousands of lives.”