Imagine, if you will, a family comprised of six children and two parents noisily piling out of a 15-passenger van to spend an evening at a park. A few minutes into the revelries, the parents discover that they are one child short. They leave the playground and head back to the van only to find that their toddler is still strapped in his car seat, the doors locked.

No problem; they’ll just unlock the doors and … that’s when they see the keys dangling in the ignition.

Speaking as a child from a big family, this happened to my parents fairly often, at least once or twice per child. Sometimes they had another set of keys on them, and sometimes they had to call the locksmith or the local police precinct to come jimmy the locks.

As an Emergency Police Dispatcher (EPD), there are a few Police Priority Dispatch System™ (PPDS®) Protocols that seem minor—at least when compared to an active assailant or robbery—but are hugely important to the callers. In this Police CDE, we will be looking specifically at PPDS v6 Protocol 103: Administrative (Lost or Found Property, Found Unexploded Ordnance, Messages, Transports), Protocol 125: Public Service (Lock-out/Lock-in, Peace, Welfare, Reckless Activity), and Protocol 128: Supplemental. 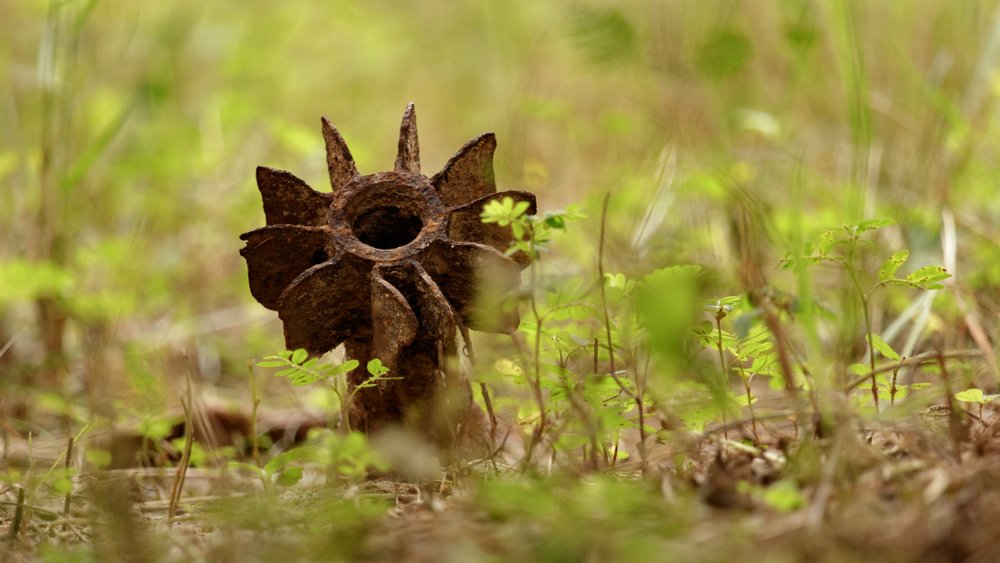 At first glance, Protocol 103 doesn’t sound very exciting—the name “Administrative” has one picturing stacks of dull paperwork and being on hold for long amounts of time. The Sub-Chief Complaints are mildly more interesting, if only because “Found UNEXPLODED ORDNANCE” doesn’t seem to fit in with the rest of them. What is an UNEXPLODED ORDNANCE, you may be wondering? The term can encompass anything from a land mine to a grenade to old bullets.

“An UNEXPLODED ORDNANCE is something that could harm people, but wasn’t purposely put there to harm people,” Pastula said.

For example, the Isle of Guernsey was occupied by Germany in World War II, and it’s not uncommon for the inhabitants to find old German bombs while digging in their yards. Another example is someone finding a souvenir grenade or bullets when cleaning out his or her grandfather’s attic. The original makers or possessors of the weaponry meant harm, but Grandpa didn’t bring back the grenade from ‘Nam in order to hurt his grandkids. That is why “Found UNEXPLODED ORDNANCE” is on Protocol 103 rather than Protocol 109.

It’s a far better idea for people who find an UNEXPLODED ORDNANCE to call their local precinct and have the proper authorities come dispose of it than it is to bring a box of old grenades into a police department, as one couple in Sunnyvale, California (USA), found out on a hot day in July 2017.

The couple brought a box of “three rocket-propelled grenades and dozens of rounds of rusted ammunition” into the lobby of Sunnyvale’s police and fire and emergency dispatch department headquarters, which caused the whole building to be evacuated until the bomb squad could come dismantle the ordnances.1

The words of Capt. Shawn Ahearn, spokesman for the Sunnyvale Department of Public Safety, apply everywhere, not just California: “If you find anything you believe is an explosive or ammunition, leave it where it’s at. Don’t touch it. Evacuate the area and call 911. We’ll handle it.”2

According to Pastula, Blood or organ transport isn’t used as often as it used to be in the PPDS. Before ambulances and medical helicopters were widespread, state troopers would transport organs or blood from one hospital to another or to a research hospital. For instance, there’s an eye institute in Jacksonville, Florida (USA), and if someone had an accident in Miami and needed eyes, the state troopers would relay the organs (in a cooler) from jurisdiction to jurisdiction until they reached the hospital that needed them. And that might still be the case in more rural areas. These days, in Florida at least, a hospital might call law enforcement to pick up an organ or blood transport to take it to the airport, but that’s about the extent of it.

“Message delivery” is a similar concept, except the thing being delivered across jurisdictions is words instead of human viscera. If a person is injured in a car accident three counties away from their home county, the responding police department will send a message to the home county to have a police officer there deliver news of the accident to the person’s family.

Protocol 103: Administrative can also be used to deliver notices of death to next of kin.

If a child is locked inside a car and there is no adult present, that would be handled under Protocol 102: Abuse/Abandonment/Neglect. 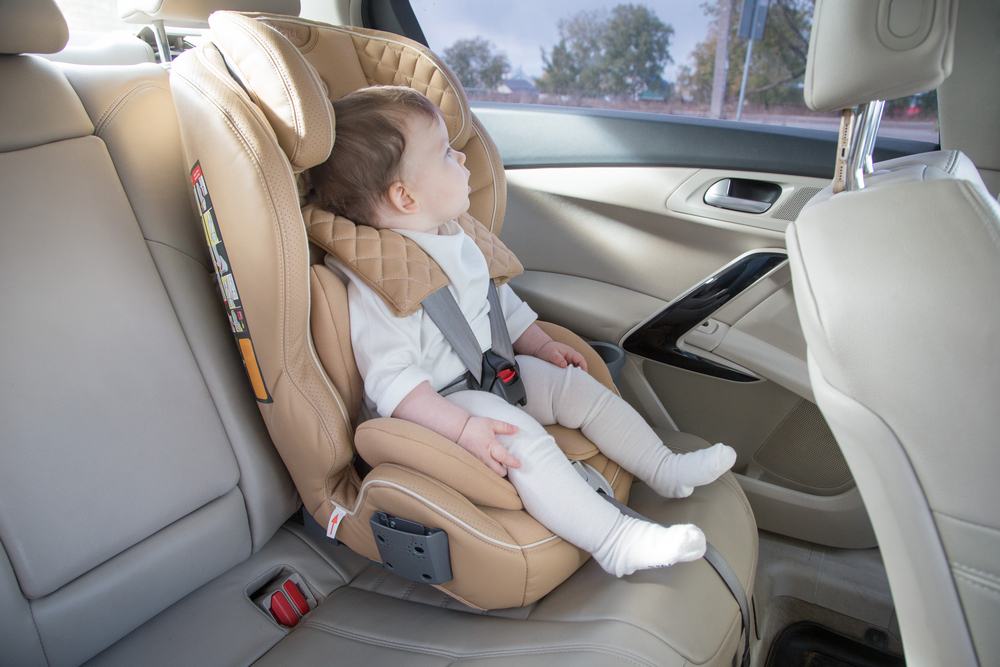 The concept of URGENT versus NON-URGENT carries on to another Sub-Chief Complaint in this protocol: check-the-welfare. As with lock-out/lock-in, a situation’s qualification as “URGENT” depends on whether or not the person has not been seen or heard from in a typical period of time or if a situation may be life threatening. An URGENT check-the-welfare warrants 125-D-1. This can include checking the welfare of members of vulnerable populations, such as elderly people and young children, or any call where the caller expresses concern for the person’s welfare. An example of a NON-URGENT check-the-welfare may be a homeless person searching for a place to sleep, as stated by Axiom 3.

Keep in mind that Axiom 2 states that “check-the-welfare calls should be considered crime scenes until proven otherwise.”

The other DELTA-level Determinant Code on Protocol 125 is RECKLESS ACTIVITY. What constitutes reckless activity and how does it differ from, say, a disturbance/nuisance? According to Pastula, a disturbance or nuisance is something that is interrupting someone’s peace—it’s not necessarily dangerous, just annoying.

“Reckless activity is when someone is putting their own life or somebody else’s in danger,” Pastula said. Examples include bridge sitting, car surfing (standing on top of a car when it is moving), and having a sled pulled through the snow by a car. Complaints about skateboarders would be handled on Protocol 113: Disturbance/Nuisance, unless the skateboarders were engaging in dangerous activity, like skateboarding off a roof.

KEEP THE PEACE is not the same thing as sending a police officer to intervene in a disturbance/nuisance or RECKLESS ACTIVITY situation. It is arranged in advance—at least, in cases of ALPHA-level situations—not while the event is happening. Generally it is used to have a police officer standing by while people obtain property or exchange children in cases of shared custody. There are times, however, when someone has stormed out in the heat of the moment and calls 911 to have a police officer stand by while he or she goes back into the house to get something quickly before leaving again. He or she did not call the police in order to resolve the argument or to report a domestic violence situation; the purpose of having an officer on hand is to avoid escalation.

That does not, however, mean that calls triaged through this protocol are any less important than higher acuity calls.

Due to how the human brain reacts to traumatic situations, it often takes at least two days (two sleep cycles) for a person to process the events of a traumatic incident, such as a car accident, shooting, or sexual assault.3 Therefore, it is imperative to give people an opportunity to add more information to their cases as it comes to them.

An important thing to remember about Protocols 103, 125, and 128 is that, although there are exceptions, they are “primarily low-acuity events,” Knight said. However, that doesn’t mean that it isn’t important to follow the protocol and do what you can to serve the caller.