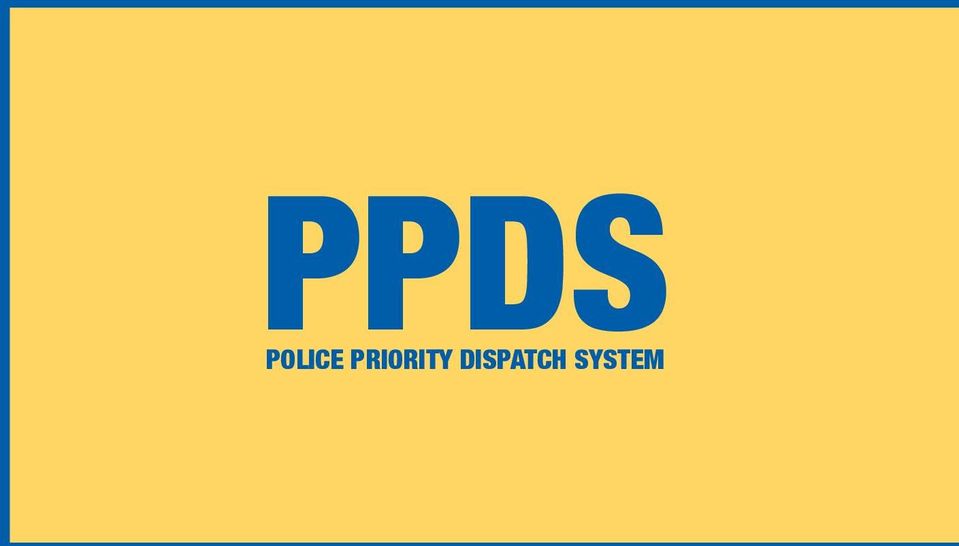 Everyone dies. Some die when they’re young, some die when they’re old, and some die somewhere in the middle. People die at home, in hospitals, and in the middle of nowhere. Some people even die more than once. Eventually, though, everyone dies permanently, and those left behind must navigate the legal and emotional (and sometimes spiritual) logistics of having someone else’s mortal remains as one’s responsibility.

According to a study conducted by the Centers for Disease Control and Prevention (CDC), some 47 million people died in the United States between 1999 and 2014. Roughly half of those people died in hospitals, a quarter died either in a nursing home or hospice facility, and a quarter died at home. 1 In a hospital, nursing home, or hospice facility, death is declared by a physician or coroner, but what’s a person to do when someone dies somewhere else, either expectedly or unexpectedly?

This is where you, the Emergency Police Dispatcher (EPD), come in. In the event that a civilian calls to report a deceased person, whether in the home or elsewhere, you’ll use the aptly named Protocol 112: Deceased Person in the Police Priority Dispatch System™ (PPDS®) to ensure that the caller gets the right help at the right time—even if that help doesn’t necessarily involve saving a life.

Key Question 1 on Protocol 112: Deceased Person is “What caused the death?” If the caller mentions that he or she witnessed another person causing the death in any way, it should be considered an assault and you should shunt to Protocol 106: Assault/Sexual Assault. If this is not the case, response can be divided into one of three categories: SUSPICIOUS DEATH, SUDDEN DEATH, and EXPECTED DEATH.

According to IAED™ data, some 60% of all calls using Protocol 112 were triaged using 112-B-1 “EXPECTED DEATH (unquestionable)” from 2013 to 2019. Generally an EXPECTED DEATH comes with old age, at the end of a battle with a terminal illness, and/or coupled with a DNR (Do Not Resuscitate) order. In some locations there might be a POLST (Physician’s Orders for Life-Sustaining Treatment) document outlining whether the patient should or should not have CPR administered. Be certain to check what qualifies as an EXPECTED DEATH in your center as your area’s local authorities are in charge of defining and authorizing those situations. (Often they will line up with the special definitions outlined by local authorities on MPDS® Protocol 9: Cardiac or Respiratory Arrest/Death.)

A SUDDEN DEATH is “A death that is witnessed and occurs unexpectedly (e.g., cardiac arrest, respiratory arrest, and choking).” A key difference between SUDDEN DEATH and SUSPICIOUS DEATH is that a SUDDEN DEATH is witnessed—Rule 2 states that "All unwitnessed deaths are considered SUSPICIOUS until investigated and proven otherwise." Thus, if someone chokes on a piece of bread and dies when no one else is in the room, the police will still conduct an investigation to determine that there was no foul play involved. If the person chokes on a piece of bread and someone else—ideally the caller, but it doesn’t have to be—is with them, it will be classified as a SUDDEN DEATH. Both SUSPICIOUS DEATH and SUDDEN DEATH cases warrant a DELTA response, so the final call on whether or not the death is suspicious is mostly helpful in letting the police know what kind of scene they’re being called to rather than one Determinant Code getting a faster response than another.

Whether or not it’s an EXPECTED DEATH, SUDDEN DEATH, or SUSPICIOUS DEATH, you will ask the caller if the deceased person is beyond help. If the caller’s response is no, he or she doesn’t think the deceased person is beyond help, you will transfer the call to a medical PSAP or notify an EMS service. If the response is yes, you will go on to ask why it looks like the deceased person is dead. As with EXPECTED DEATH, your area’s local authorities will have predetermined what descriptions qualify as OBVIOUS DEATH—some examples may include cold and stiff in warm environment; decapitation; decomposition; incineration; non-recent death (> 6hrs); severe injuries obviously incompatible with life; and submersion (> 6hrs).

In most cases, as Brian Dale, Associate Director of Medical Control and Quality Processes for the IAED, pointed out, callers won’t use phrases like “decomposition” or “non-recent death;” they’ll use less clinical phrases like “It stinks in here!” if the body is far along in the decomposition process or “Their skin is all purple” if livor mortis has set in. It’s up to you as the EPD to take those statements and translate them into information that the officers will be able to use to respond appropriately.

Speaking of livor mortis, here’s a quick crash course on the science of death in case you’re curious. Decomposition begins just a few minutes after death when the body literally begins to digest itself. When cells become deprived of oxygen because the lungs stop taking in air and the heart stops beating, their levels of acidity go up and enzymes (proteins) begin to digest the cell membranes (walls) and the contents begin to leak out. The process usually begins in the liver and brain. Body temperature also begins to drop (called algor mortis), cooling to match the surroundings, and rigor mortis sets in, beginning with the eyelids, jaw, and neck muscles. The body can get stuck in the position in which it expired, which is where the slang “stiff” originates. Around 48 hours after the death, however, rigor mortis dissipates and other signs of death take its place, such as rigor mortis’ lesser known companion, livor mortis. Livor mortis is the phrase used when all of the blood in the person's body follows the pull of gravity and pools in the part of the body that's closest to the ground (like the back and back of legs). Remember how the cell membranes dissolved? Those were the only things keeping the blood (and other viscera) from doing that in life.

Keep in mind that the aforementioned facts don’t necessarily apply to bodies that have been submerged in water. The condition of the body often depends on the temperature and/or depth of the water. Decomposition works quickly in warm, shallow water, whereas cold, deep water slows the decay, making the process of telling the time and date of death different from doing so on a body on land.

If the death is not OBVIOUS, you will request medical assistance. In the case of an EXPECTED DEATH, you are instructed to “Notify proper authorities,” which generally means getting ahold of the deceased person’s physician and asking him or her to sign a death certificate. In extreme cases, a disaster cleanup or biohazard company might be called to clean up the effects of advanced decomposition or other unpleasant byproducts of a death. They might also be called to resecure a residence if the doors or windows had to be broken to reach the deceased.

If you determine that the death is a suspicious one, you will ask Key Questions 5 through 7 in order to give the responders a better sense of the scene they’ll be going to. You may or may not need to ask the sub-questions on Key Questions 5 or 6, depending on whether or not the caller is aware of the involvement of other persons who may have been at the scene. Key Questions 3 and 4 provide evidentiary information that will be logged as part of the police case whether or not the death is deemed suspicious.

Dave Warner, Police Protocol, Academies and Standards Associate for the IAED, advises keeping the caller on the line until police arrive if the deceased person is found somewhere unconventional—like a park or other public space rather than inside his or her own residence.

Unfortunately, incidents of suicide are on the rise in the United States and other countries. From 1999 to 2017, the suicide rate increased 33%, and since 2008 it has ranked as the 10th leading cause of death for all ages in the United States. 2 There is a very real possibility that you will take a call sometime in your career involving suicide, assuming you haven’t already.

While attempted and threatened suicides should be handled on Protocol 127: Suicidal/Attempted Suicide, death from suicide is handled on Protocol 112. whether the method of suicide was hanging, shooting, overdose, or something else. Completed suicides fall under the category of SUSPICIOUS DEATH, even if it appears that the caller reports knowing precisely what killed the deceased person. This is in keeping with Rule 4, which states that you should “Always consider that reported suicides may be homicides.” Key Question 5 will help you determine what the method of death was and where the weapons (if any) are now. If the person’s method of death was chemical suicide (which is rare), be sure to pass that information along to the officers so they can take proper precautions in their response.

As far as police calls go, Protocol 112: Deceased Person isn’t used on an everyday basis. Out of a sampling of 1.76 million police cases logged in ProQA® from 14 agencies between May 2013 and November 2019, only 1, 310 were triaged using the protocol. However, despite the apparent infrequency of the event, it is imperative that you’re prepared for the day you have to use it.

Calls involving deceased persons are a peak example of not being able to save every person, but being able to help every caller. In a majority of Protocol 112 cases, the deceased person won’t be revived and resuscitation might not even be attempted. However, the sensitive and competent way you handle the call will ensure that the caller’s experience is as painless as possible.