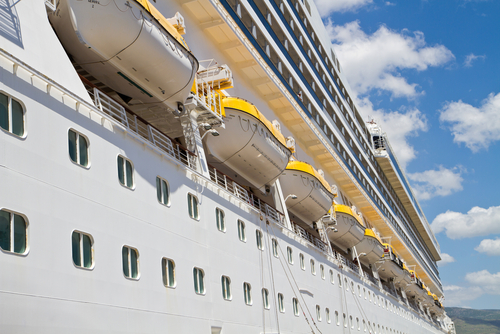 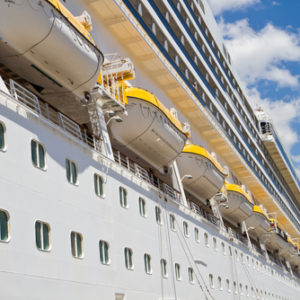 In the 105 years after its tragic sinking, people have been fascinated with the subject of the RMS Titanic, the ill-fated passenger liner that hit an iceberg in the Atlantic Ocean and later sank in the cold sea on April 15, 1912. The disaster resulted in the deaths of more than 1,500 passengers and crew. Less than one-third of all aboard survived the shocking ordeal.

The Titanic catastrophe remains one of the deadliest commercial maritime disasters in history.

In the years since the incident, historians, scientists, adventurists, and people of all walks of life have studied the Titanic and its voyage and sinking. Numerous books, articles, television programs, and films have depicted the events. The 1997 movie “Titanic” is one of the most critically acclaimed and commercially successful motion pictures of all time, having been the first film to surpass the $2 billion mark at the box office.

The sinking of the Titanic was a horrific disaster that could have been avoided in many ways through better preparation and response. For instance, the ship was not equipped with a full capacity of lifeboats, and some of the lifeboats were launched before they were full. The incident led to sweeping changes with navigational safety regulations for cruise ships and other commercial carriers.

Other notable incidents and disasters

Boldly declared “unsinkable,” the Titanic isn’t the only notable cruise ship disaster during peacetime years. Other ships have suffered horrific incidents, resulting in loss of life and trauma. Here are other well-known emergencies and catastrophes: 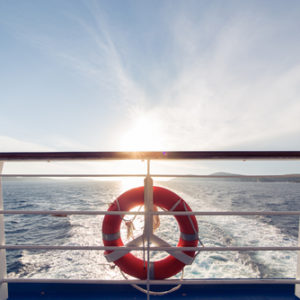 We’ve learned a lot about how to prevent and mitigate disasters since the Titanic and Eastland of the early 20th century. Still, extended trips on cruise ships today are not immune from problems. With hundreds, if not thousands, of people aboard these behemoths at one time, it may surprise some that more incidents aren’t reported. But for those who do suffer illness, injury, or discomfort, an anticipated several days of paradise and bliss can quickly turn into a nightmare.

Because of the array of possible emergency situations that could arise on a cruise ship, one might think an emergency dispatcher would be busy fielding calls from these vessels. However, due to their remote locations and their cross-international border trips, cruise ships have different procedures for handling emergencies large and small.

Staff writers with the online publication “Cruise Critic” assert that “Cruise ships are some of the safest modes of moving transportation you'll ever be on.”6 This may be due to the readily available medical and fire responders on board the ships. Most cruise ships have a doctor and two nurses aboard, as well as a trained security officer, who is prepared to handle any reports of violent behavior or criminal mischief. Only Disney cruise ships have trained lifeguards on board.7 In addition, all crew members are trained in safety, security, and first aid response, such as man overboard and abandon ship procedures, fire prevention, and other emergency drills.

In recent years, authorities have implemented even more enhanced measures to ensure passenger safety aboard cruise ships. In contrast to the Titanic, typical cruise ships today have lifeboats to accommodate 125 percent of the total number of people aboard. Plus, most ships have 4,000 smoke detectors, 500 fire extinguishers, 5,000 sprinklers, 16 miles of sprinkler piping, and 6 miles of fire hose. There are also mandatory safety drills for all passengers before the ship takes off.8

In the case of cruises on U.S. waters, when major emergencies hit, such as the need to abandon ship, the U.S. Coast Guard acts as the first responder. The Coast Guard also oversees the construction and operation of all U.S. cruise ships.9

The Priority Dispatch® protocols and the hypothetical cruise

Based on the previous cases of cruise ship disasters, and by using your own imagination, it’s easy to see the array of problems a person could encounter while on a cruise. From minor medical issues such as illnesses (Protocol 26: Sick Person) and headaches (Protocol 18: Headache) to more life-threatening ones such as drowning (Protocol 14: Drowning/Near Drowning/Diving/Scuba Accident) or heart attack (Protocol 9: Cardiac or Respiratory Arrest/Death), a dispatcher could face just about the same challenges he or she would encounter anywhere else.

Imagine, for a moment, if the day ever came when cruise ships were equipped with their own dispatch centers. What if a team of dispatchers were on board these vessels, prepared to answer calls from passengers or crew members? Using the MPDS®, PPDS®, and FPDS®, dispatchers could then dispatch the appropriate onboard emergency responders, who would then render aid to afflicted passengers. This may be a pipe dream, but who knows? Think about what improvements have been made aboard these ships in the last 100 years following the Titanic.

Let’s examine how the protocols could be applied to a few possible issues that might occur on a cruise ship.

When the 350 people fell ill aboard a Caribbean liner in February 2010, the crew and the small staff of medical personnel were overwhelmed. A dispatch center and additional responders would have rendered aid more quickly and could have given instruction to the afflicted that may have eased their symptoms.

Protocol 26 handles sick person calls. Sick Person here is defined as “A patient with a non-categorizable Chief Complaint who does not have an identifiable priority symptom.”

In this scenario, the patients complained of vomiting and diarrhea. Protocol 26 has DELTA-, CHARLIE-, BRAVO-, ALPHA-, and OMEGA-level Determinant Descriptors; “Not alert” is the only DELTA-level one. A call with a sick person who has been vomiting would be coded as 26-A-11 “Vomiting.” This would be considered a NON-PRIORITY Complaint.

In the FPDS, Protocol 64: Marine/Boat Fire would be used in response to a fire on a cruise ship. The answer to the first Key Question, “What type of body of water is this?” would tell the dispatcher that this should be coded as 64-D-7 “OCEANIC water” if the cruise ship were out to sea. If the ship had been docked, it would be coded as 64-D-2 “Docked in COASTAL water.” You know to code it as COASTAL Water because the protocol defines this as “A navigable body of water such as a bay, canal, channel, harbor, inlet, or sound that is located on or near a coastline.”

Determinant Suffixes are also used in this protocol. To figure this out, the dispatcher will ask about the size of the vessel. This also helps in determining the specific response needed. A cruise ship would be considered Large (greater than or equal to 50 feet in length), so the letter L would be added as the suffix. If multiple people were injured on this ship, the suffix would be U; if a single person was injured, the suffix would be T.

Dispatch is sent after Key Question 4, “Is the fire threatening anything?” The Post-Dispatch Instructions focus on telling the caller and people aboard to “not enter the burning compartment” and to “not try to put the fire out,” among other critical instructions.

Rule 1 of the protocol tells the dispatcher, “Advise the caller that if unable to control the fire, prepare to abandon ship.”

Protocol 106 is used to address assaults and sexual assaults. Both assaults and sexual assaults receive a DELTA-level Determinant Code. ASSAULT is defined in the protocol as “An unlawful attack, or attempted attack, upon another person.” SEXUAL ASSAULT is defined here as “An assault or attempted assault of a sexual nature. It can vary from unwanted touching of areas of the body to violent, invasive sexual intercourse.”

Determinant Suffixes are used when applicable for both assaults and sexual assaults. These include C = Club, E = Explosive, G = Gun, K = Knife, M = Multiple weapon types, and O = Other. The dispatcher asks whether weapons were used and, if they were, what types were involved in Key Question 1. After asking how many suspects were involved (Key Question 2) and the age of the victim if the call is about a sexual assault (Key Question 3), dispatch is sent, and PDIs are given.

Once back in Key Questions, it’s important for the dispatcher to get DESCRIPTION ESSENTIALS on the suspect’s race, gender, age, clothing, build/height/weight, hair color/hair length/hair style, and other characteristics.

Rape is a form of sexual assault; Protocol 106 defines it as “Sexual intercourse by physical force or duress without consent.”

Bringing it back to port

Dispatchers may or may not ever have the chance to field calls for distressed cruise ship passengers or crew members, but it’s clear such a service would be valuable on these voyages. Though large-scale disasters such as the Titanic are extremely rare, especially with improved safety precautions on today’s ships, accidents can happen anytime at any place.