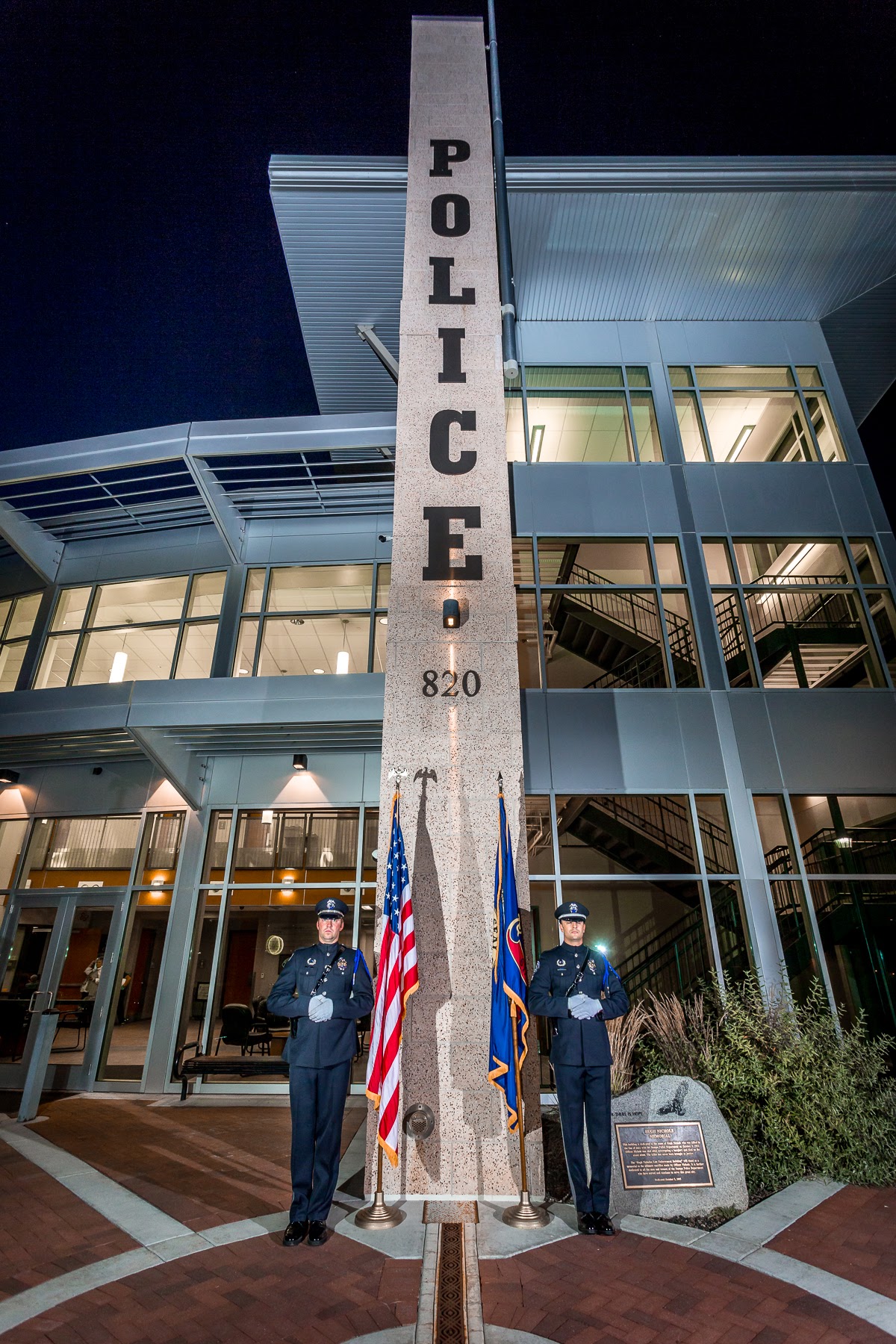 Nampa Police Department (Idaho, USA) EMDs are proud of their profession. They receive wholehearted support from their police officers and get lots of thumbs-up on the department’s Facebook posts.

It’s no wonder that they believe that what they do—and what others in the same profession do—belongs in the same occupational category as police officers and firefighters.

And that’s as a “Protective Service Occupation,” rather than the “Office and Administrative Support Occupations” category where they are now grouped. It isn’t about immediate pay raises or enhanced benefits or to impress anyone in case they’re asked. The EMDs at the Nampa Police Department have absolutely nothing against administrative professionals. They do not belittle the clerical profession or consider clerical work insignificant.

The change is more about clarifying what emergency dispatchers do.

“It wouldn’t change a dispatcher’s job,” said Nampa Police Department 911 Manager Carmen Boeger. “But it would help in getting other things done. The way it is now [the classification], people aren’t sure about what we do.”

More than filing and stamping

But that’s just a broad description that doesn’t define the specifics of what they do, such as handling thousands of 911 calls annually (81,833 in 2016), which includes giving lifesaving instructions using the Medical Priority Dispatch System™ (MPDS®) and keeping officers safe when responding to shootings, drug-related arrests, criminal pursuits, domestic disputes, and the usual incidents in a state’s major metropolitan area. They are unique in being one of five 911 centers in Idaho operating within a police department and in a profession in which they protect lives and property, similar to those police officers and firefighters they support. They might organize files and prepare documents in relation to their work, but not as a routine part of their job as described under the administrative category.

“This is a chosen profession,” Boeger said. “We take great pride in what we do. You will never find people more dedicated to their profession than dispatchers.”

Boeger is closing in on her 30th year in emergency communications. She started in August 1987 at the Gem County (Idaho) Sheriff’s Office, and after 18 months there, transferred to the Canyon County (Idaho) Dispatch center. In 1992, the Nampa Police Department hired her in dispatch. Over the years, Boeger’s job description has changed¾as manager she no longer answers calls except in an overflow emergency situation¾as well as her surroundings, inside and out. In 2012, 911 operations moved from the basement in the former police station to the newly constructed 65,000-square-foot Hugh Nichols Public Safety Building.

Nichols is the only Nampa police officer killed in the line of duty. He was 46 years old when on Oct. 5, 1931, he was shot at a commercial garage during a burglary. The killer was never found. The officer’s police badge, service revolver, and holster are on display inside the public safety building dedicated in a ceremony attended by law enforcement, emergency dispatchers, city administrators, and several of Nichols’ descendants.

The tribute says a lot about the way Nampa works. It’s about getting everyone involved, and that encourages people to put down roots, including those in public safety.

“We’re lucky to attract dispatchers with a lot of experience, and this is where they end up staying,” Boeger said. “They want to come here. They want to work here.” 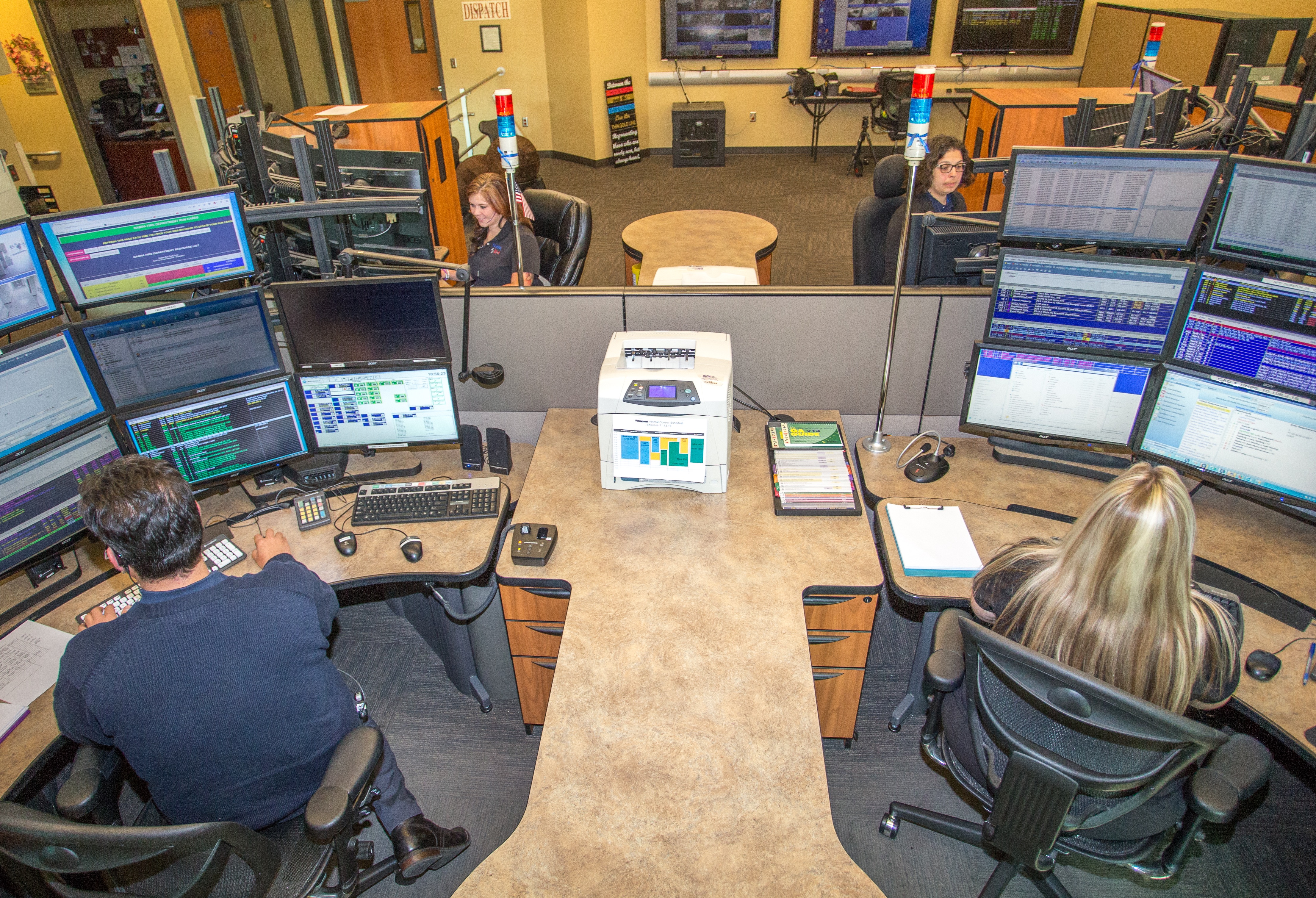 Nampa is in southwestern Idaho, and it’s the largest city in Canyon County, Idaho. With a population of about 90,000 (as of 2014), it’s second only to Boise for people calling the place home.

Nampa started as a railroad town, a stop for emigrants planning to move farther west. Many stayed because of an irrigation system creating thousands of acres of prime farmland. A fire started by a firecracker let off in a cigar store destroyed most of downtown Nampa in 1909, but that only served to expand upon what the city had already offered.

The railroad laid more tracks, and agriculture remained central to the economy. Canyon County produces more than 90 percent of the world's sweet corn seed. Nampa Amalgamated Sugar factory, built in 1942, processes 12,000 tons of sugar beets and 1,000 tons of sugar from the beets per day. Nampa also has a strong manufacturing base, with furniture, boxes, wood products, and computer chips as some of the goods produced.

Industry and railroads bring continued prosperity. In 2017 Nampa was named the “Best Run City in America”1 based on operating efficiency (fiscal management) out of the 150 U.S. cities evaluated. There are 24 parks close to downtown, with lots of outdoor venues close by (e.g., Soldier Mountain Sun Valley and the Deer Flat National Wildlife Refuge). The city is rated as a safe place to live and raise children2, according to a blog post on Sperling’s Best Places to live online guide.

The decision to stay in the area comes down to a tight, supportive community and for emergency dispatchers, the positive support they receive from administration, particularly law enforcement.

“They understand the importance of us,” Boeger said.

Boeger represents Nampa 911 on the PSAP Standards and Training Committee. During the 2017 legislative session, the committee’s efforts resulted in a mandatory 40 hours of basic emergency dispatch training plus a minimum 40 hours of continuing dispatch education every two years. Legislation went into effect July 1, 2017, for Idaho’s 46 primary and several secondary PSAPs.

The legislation is an equalizer, Boeger explained. While some centers are way above the new minimum standards, such as Nampa Police Department, the entire width of the spectrum will, at least, provide a complementary and sustainable level of training.

Now that training standards are legislated, it’s back to the SOC (Standard Occupational Classification), and Nampa Police Department 911 staff will continue their efforts to further their classification. Knowing President Donald Trump’s partiality for Twitter, the EMDs took to Twitter using the #911ProtectsUsAll hashtag to garner his support well ahead of the next SOC deadline.

Boeger said it’s all part of their journey.

“Everyone benefits from these types of changes, and it’s not only us,” she said. “It tells the world more about what we do.”

The SOC system is used by federal agencies to classify workers for purpose of collecting, calculating, and disseminating data, and revising the SOC is a multi-year process, taking about five years to collect data, solicit comments, and publish. The SOC Policy Committee began planning an update to the 2013 release in early 2012 and published the 2018 SOC in spring 2017. Revisions are coordinated with the years following North American Industry Classification System (NAICS) revisions, which occur for years ending in 2 and 7. Using the NAICS calendar, the next SOC revision would be released in 2023.