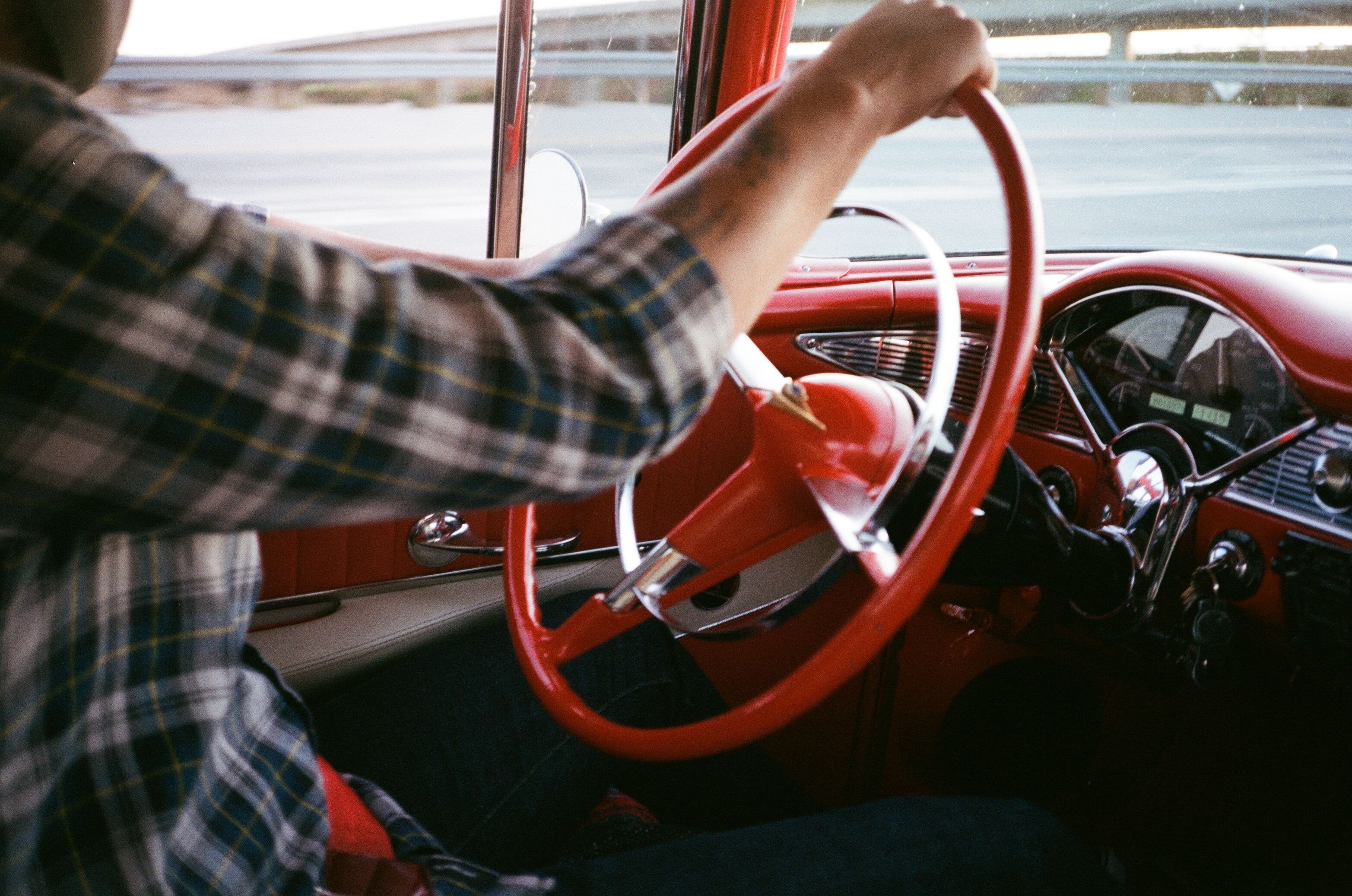 Never When Behind The Wheel

Getting behind the wheel of a vehicle after consuming drugs or alcohol is a serious crime that puts the driver, passengers, and other vehicles sharing the same roads in extreme danger.

Never driving under the influence (or while intoxicated) is the primary rule when getting behind the wheel. But the laws governing driving while intoxicated do not only apply to a car, truck, or motorcycle. Anyone operating a motorized vehicle or a vehicle with any type of drive train while intoxicated can be charged with a DUI-type offense; this includes operating motorized watercraft, lawnmowers, mopeds, electric scooters, and non-motorized bicycles. 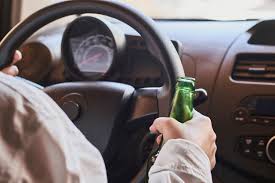 Individuals using self-propelled conveyances such as skateboards, Rollerblades, manual scooters, and pogo sticks would not be charged with a DUI offense if stopped while intoxicated, but they could be charged with public intoxication and other offenses depending on the jurisdiction.

By way of definition, impaired driving is “an offense committed by one in control of a motorized vehicle while under the influence of intoxicating liquor or drugs. [This is] commonly referred to by the acronyms DUI [driving under the influence] or DWI [driving while intoxicated]” (Police Priority Dispatch System™ (PPDS®) Protocol 115).

Do not wait until it happens

Police officers do not wait until a crash has occurred to get intoxicated drivers off the road. They rely on their own observations of traffic maneuvers and fellow drivers’ reports to emergency dispatchers. In Navarette v. California (2014), the Supreme Court held that police have the right to stop a driver to check whether he or she is impaired based solely on an anonymous call to a 911 emergency dispatcher because most people would think twice before calling 911.1

The EPD receiving a citizen complaint of a suspected intoxicated driver uses PPDS Protocol 115: Driving Under the Influence (Impaired Driving). The first Key Question, “Were weapons involved or mentioned?,” is asked for scene safety purposes. An intoxicated driver is always assumed dangerous to responding officers, the reporting party, and others, but the presence of weapons identified by any of six suffixes heightens the potential danger.

The other Key Questions gather information about the vehicle, the location of the vehicle, the direction it is heading, and the person’s description. Key Question 7 determines if the caller is following the vehicle, after which the EPD may provide related Post-Dispatch Instructions dependent on local policy. Accordingly, if the agency’s policy does not support the caller following the suspect, the EPD will advise the caller to discontinue following or making any contact with the driver of the other vehicle. If the agency’s policy supports the caller following the suspect, the EPD will caution the caller to do so only if it’s safe and to continue following at a safe distance. EPDs will also caution callers to obey traffic laws and not make direct contact with the other driver.

During a traffic stop for suspected DWI, the police officer may determine probable cause to search the vehicle if a crime is suspected. If the search reveals evidence of alcohol, drugs, or drug paraphernalia, the officer may test the individual for drugs or blood alcohol content.

Protocol 115 provides a standardized way to address DUI/DWI situations in the dispatch environment; however, it does not aid the enforcement of DUI/DWI laws or remove the threat to public safety. Police guidelines provide direction for identifying and safely removing impaired drivers off the road; state and community laws and regulations support rehabilitation programs where changes can be made.

Police officers across the United States have developed a list of more than 100 driving cues to predict blood alcohol concentrations (BAC) of 0.08% or greater. This list was reduced to 24 cues during three field studies involving hundreds of officers and more than 12,000 traffic stops. Law enforcement officials often look for these specific behaviors to determine whether a driver is potentially under the influence of alcohol or drugs:2

When a driver is impaired, maintaining proper lane position can be challenging. Intoxicated drivers tend to weave. Vehicles drift from side to side, angle off a straight line, and swerve close to moving or stationary people and objects. In extreme cases, the driver might be traveling down a lane in the wrong direction.

Inconsistent speed—accelerating and braking rapidly—is another indication of driving while intoxicated. The driver often travels 10 or more miles per hour under the posted speed limit. Problems include abrupt stops, stopping too far from a curb, stopping at an incorrect angle, or stopping too short or beyond a limit.

Impaired motorists generally have a short attention span; they are forgetful. They may drive at night without headlights on, neglect the use of turn signals, or, if drowsy at the wheel, they may think it’s okay to catch some momentary shut-eye. Response times are also significantly slowed.

Someone under the influence might tailgate, make unsafe lane changes, turn improperly, or drive on pavement that is not designated as a roadway.

The final cue is one or more of a set of indicators related to the personal behavior or appearance of a driver: gripping the steering wheel tightly, driving with one’s face close to the windshield, slouching in the seat, or staring straight ahead with eyes fixed. Some police officers routinely scrutinize the faces of drivers in oncoming traffic, looking for these indicators.

Not only the driver, however, faces charges for drunk driving. Passengers can also face charges if the arresting officers determine the passenger helped steer the vehicle, switched seats with the drunk driver, or if the officer is not sure who drove the car.3

The reasons why certain substances inhibit driving ability may be about as clear as someone’s thinking when climbing behind the wheel inebriated. Drugs interfere with the way neurons process, send, and receive signals. In general, drugs affect the central nervous system and autonomic functions like respiration, blood pressure, and body temperature.

The way alcohol affects the brain and body depends on the blood alcohol concentration. In general, two or three drinks in an hour increase the BAC by 0.1%. This fluctuates depending on variables such as body weight. In general, a standard drink would be 12 ounces of beer, eight ounces of malt liquor, five ounces of wine, or 1.5 ounces of hard liquor. Throughout the United States, the legal limit to drive is below 0.08%, but some states may enact additional statutes, especially regarding drivers of commercial vehicles or individuals who are under the legal drinking age. Many states also impose harsher penalties on individuals who have BACs that are exceptionally high.4

There are several ways alcohol and drugs affect driving skills, as indicated in the signs police look for in traffic. A slow reaction indicates alcohol or drug impaired driving because it takes longer for the brain to engage and hit the brakes before running into a car, pedestrian, or cyclist. Heavy drinking can affect the sloppy positioning of feet on the pedals. Reduced coordination may cause the driver to veer off course when attempting to walk a straight line. The inebriated driver may also suffer from a short attention span that, when combined with blurred vision, may try to make it through a changing traffic light. Such bad judgment makes a drunk driver an accident waiting to happen.

3 “Can a passenger in a car get charged with DUI?” Shouse California Law Group. https://www.shouselaw.com/can-a-passenger-in-a-car-get-charged-with-dui (accessed June 3, 2020).