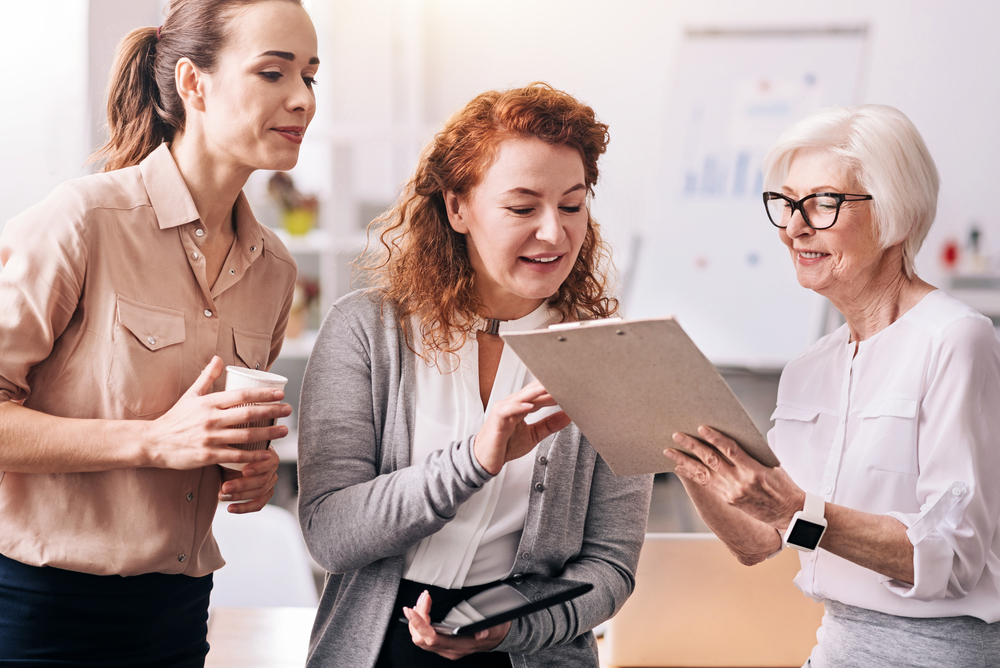 Eric Parry was on the verge of becoming a teenager when the Beatles first performed on the “Ed Sullivan Show” in 1964. He was watching it on the TV at his grandparents’ house, and his grandfather wasn’t at all impressed by the band’s appearance, especially their mop top hair. Parry’s grandfather called them reprobates and lamented that the world was about to end.

It taught Parry, an ENP in Point Roberts, Washington (USA), a valuable lesson.

“There have always been generational differences,” he said, “and it hasn’t resulted in the destruction of the planet yet.”

It’s a nice mantra to mutter when you’re struggling to get along with a millennial who won’t get off the phone, a Gen Xer whose cynical attitude is bumming you out, or a baby boomer who won’t stop asking for technological help. But how well does it hold up in practice in the dispatch center?

Drawing a generational line in the sand

When exactly does each generation start and end? The only generation with an exact definition provided by the U.S. Census Bureau are the baby boomers—those born from 1946 to 1964. After that it gets fuzzy. Some studies put the generations into neat 20-year packages, while others put 15 years between generations. Pew Research Center, largely regarded as one of the foremost experts in generational research, names Generation X as those born between 1965 and 1980, the Millennial Generation (or Generation Y) as those born between 1981 and 1997, and the Post-Millennial Generation (or Generation Z or iGen) as those born after 1997.1 These dates are flexible, and generations after the boomers tend to self-identify with a certain cohort over another. Ask almost anyone born in the ’80s, for instance, and they will vehemently deny being a millennial. 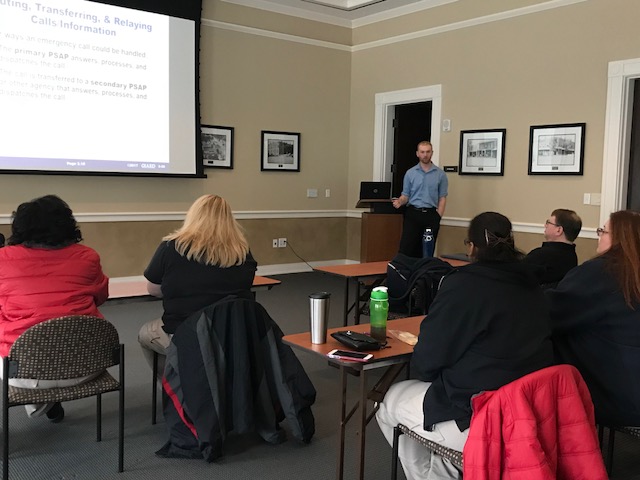 One of the biggest questions when it comes to generational differences in the workforce is that of training. Can you train a millennial the same way you train a baby boomer and vice versa? IAED’s emergency dispatch certification courses often take place in a classroom setting, with a lecturer and slides, as well as plenty of practice and discussion. Other training methods include on-the-job coaching, computer-based training (e-learning), practice scenarios, and group discussion.3

Most people would assume that the younger a person is, the more they would prefer to have their training presented to them in a digital manner. A survey of over 18,000 professionals in Generations X, Y, and Z across 19 countries showed that 78 percent of Gen Xers, 77 percent of millennials, and 70 percent of Gen Zers would take an online course if offered by their employer. However, just because recent generations are tech savvy doesn’t mean that they’d rather do job-related learning online than interact with another human being to learn the same content. At 25 percent, Gen Xers had the highest number of respondents who would prefer training online rather than in person. Twenty-one percent of millennials also said they would choose online training over in-person training, and—surprisingly, given that some people call them “screenagers”—only 13 person of Generation Z respondents would pick online over in-person training.4

While it’s surprising that most Gen Zers would choose to interact with a person rather than a screen to train, you should keep in mind that they also have a far shorter attention span than their baby boomer, Gen X, and even millennial co-workers. Some sources claim that Gen Z only has an eight-second attention span,5 although the original source of that statistic is spurious at best because it doesn’t cite a single study. Let’s say for argument’s sake that Gen Z does indeed have a significantly shorter attention span than those of older generations. Fast Company (an American business magazine that focuses on technology, business, and design) likes to call it an “eight-second filter.” That is, Gen Z has unlimited resources but only so much time, so they need to make quick decisions as to what they’re going to care about and what they’re going to blow by.6 Chances are that if you’ve got Gen Z emergency dispatchers in training, you’ve made it past their filter.

“PSAPs created policies and procedures in reaction to things that happened but don’t have explanations built into them,” he explained. “Millennials want to know why a rule exists. It causes us to rethink why the rule exists and if it’s still necessary.”

Such an attitude is especially important in the emergency dispatch community, where rules and protocols are constantly shifting and adapting to provide the best possible care to the people they serve. 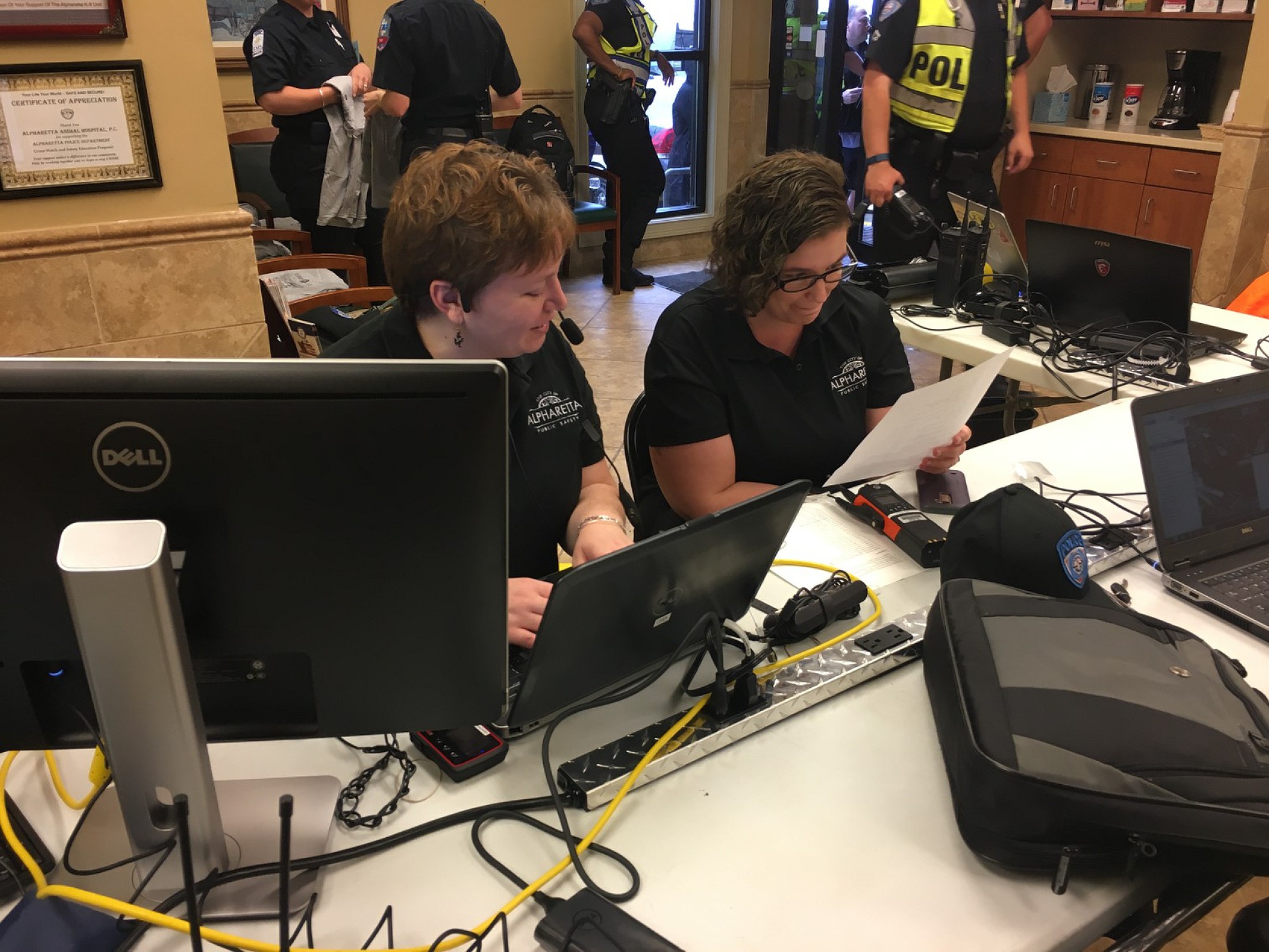 If you’ve got baby boomers in your dispatch center, there’s a pretty good chance that they’ve been there for a while, so you probably don’t need help in knowing how to train them. And even though baby boomers are on their way to retirement (some sources say that around 10,000 baby boomers retire a day7), the youngest of them are barely hitting their fifties.

Robin Chamberlain, a Q for Northwest Central Dispatch in Arlington Heights, Illinois (USA), is one of the younger baby boomers. She started noticing that people are staying in dispatch centers longer before retiring—until 65 or so rather than 50—but no one wants to talk about the elephant in the room (the fact that they’re getting older). Chamberlain is conducting research in her own center as to what can be done to make the transition from working full time to retirement easier.

Not only do centers have to look at making the transition easier for baby boomers, they should also look at making the transition easier for the Gen Xers and millennials who are being left to fill the baby boomers’ shoes. Chamberlain suggests creating a mentoring program that pairs up a baby boomer and a millennial so the millennial has guidance and the baby boomer has someone to hand their hard-earned wisdom to. Studies have shown that similar mentoring programs increase the retention of new employees by 25 percent.8

Lexi Pinkerton and Tony Hilley of the Alpharetta Department of Public Safety (Alpharetta, Georgia, USA) have noticed that intergenerational relationships aren’t just beneficial between baby boomers and millennials—bridging the gap between Gen Xers and millennials brings rewards too. Pinkerton and Hilley believe that each of the generations has a lot to offer to one another.

“Millennials have a lot of ideas, but they bounce around so much that they lose credibility,” said Hilley, who is a millennial with Gen Xer tendencies. “Gen Xers come in and mentor millennials to make their ideas really succeed.”

And what do millennials bring to the table?

“Millennials run on risk—they’re not afraid of failing,” added Pinkerton, a Gen Xer with millennial tendencies. “Gen Xers are more hesitant to take risks. They learn back and forth from each other in a continuous cycle of growth.”

Hilley and Pinkerton have seen the effects of such interactions in their own center. Millennials are taking on skills they’re seeing from Gen Xers and adapting them, and Gen Xers are seeing the millennials step up and accept responsibilities. It’s resulted in a revamping of passion in Gen X for sure.

“Millennials say, ‘We’re here to succeed. We’re here to win,’ which inspires the Gen Xers, who are kind of burned out and jaded,” Pinkerton said.

If there’s one unifying idea that brings the generations together, it’s that everyone likes to be rewarded for a job well done. How they like to be rewarded is another matter.

According to the Incentive Research Foundation, baby boomers “are said to look for peer recognition, promotions, more responsibility, and greater formal respect (titles, deference, etc.).” Gen Xers also appreciate being recognized, but on the whole they prefer being recognized privately, like in an email sent just to them and not the entire center. Some research states that millennials and Gen Zers want awards and certificates (rewards that are tangible and immediate); however, other research suggests that the youngest generations prefer experiential rewards.9

For example, at the Alpharetta Department of Public Safety, emergency dispatchers who have high compliance get to wear casual clothes for a day, and their picture goes up on the wall. Pinkerton said it’s generally millennials who get excited about that kind of recognition, but the Gen Xers are working hard to keep up.

The center is also working on getting greater public recognition for their emergency dispatchers. One of the Gen Xers got to meet the parents of a baby she helped deliver over the phone, and it made her whole month.

Not every individual adheres to the stereotypes of their generation. There are some baby boomers who would prefer to be recognized for their achievements privately, just as there are Gen Xers who would love someone making a speech about them. There are some millennials who love constant feedback, and there are Gen Zers who would prefer training online instead of face-to-face. The trick is finding out which rewards work best for your center and your emergency dispatchers.

If you’re interested in learning more about generational differences in the dispatch center, be sure to check out the following presentations at NAVIGATOR 2018:

“Talkin’ ‘Bout My Generation” by Lexi Pinkerton and Tony Hilley