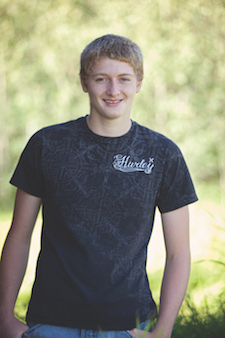 This column is dedicated to the young man in the photo. His name is Brock Ruether. In May of 2012 he was a talented, athletic 16-year-old living in Alberta, Canada, when he went to volleyball practice at his high school one evening. During play, Brock collapsed from sudden cardiac arrest (SCA). CPR was started within a few minutes, but it didn’t save him. Sadly, the AED that could have saved his life was brought to his side and never used.

Brock’s mom, Kim, now spends her time educating the public on SCA and the need for better AED access and awareness in schools.[i] (75 percent of SCA deaths in children occur on school grounds.) The statistics on SCA are sobering: nine out of 10 victims die, including 7,000 to 10,000 children every year in North America. Yet the chances of survival are nearly 100 percent if the shock from an AED is administered within one minute of collapse. That shock is arguably even more important than CPR because SCA usually results from ventricular fibrillation, an erratic and ineffective beating of the heart that can only be corrected with an electrical shock from an AED—a defibrillator. 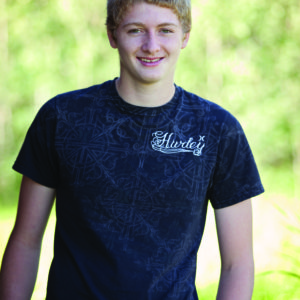 Brock’s death was the catalyst for several changes in the Medical Priority Dispatch System™ Protocol. The AED instructions have since been revised, and an AED dashboard has been added to ProQA® medical. And in Version 13.0 of the Protocol, to increase calltaker awareness of the vital need for the caller to get and use an AED, Brock’s Law was added. It simply and directly states that “The presence of an AED does not ensure its use—the EMD does.”

You might be thinking, “I know that. I always give callers the instruction to get an AED if there’s one available.” Unfortunately, there usually isn’t; at least, that’s what most of our callers say. Granted, not many people have defibrillators in their homes. But think about the places where there are defibrillators. Large stores, office complexes, movie theaters, and other high-occupancy buildings are almost certain to have an AED mounted on the wall somewhere. Next time you receive a call for a cardiac arrest from one of those places, and the caller says there’s no AED available, remember Brock. Step out of the Protocol for a moment and say “Sir, there should be a defibrillator somewhere in the building. Send someone to go look for it.” That’s not freelancing; it’s lifesaving. The caller may be in such tunnel vision because of the patient’s collapse that they’re not thinking beyond the immediate area they’re calling from. Your prompt could literally mean the difference between a positive outcome and a pronouncement of death.

But what happens if you tell ProQA there isn’t a defibrillator available, and as you’re doing compressions the caller volunteers that someone showed up with one? Would you know how to get to the AED pathway? It only takes four clicks in ProQA: one to access the Go To Specific PAIs button (“Target Tool”), one to highlight Protocol Z (AED Support), and a double-click on Panel Z4 – Place AED. And please, don’t just read this. Run a test call and try it.

Lastly, when you receive a call for a patient in their early 20s or younger who collapses with no outward cause, sudden cardiac arrest should be the first thing you consider. Remember, too, that breathing descriptions of “gasping,” “a little,” “barely,” and similar terms describe agonal respirations—not effective breathing. And remember Brock. Defibrillation is critical to survival. Get that AED to the patient’s side and make sure it’s used without delay.

[i] For more information on sudden cardiac arrest and what you can do in your community, visit the website for Project Brock at www.projectbrock.com.