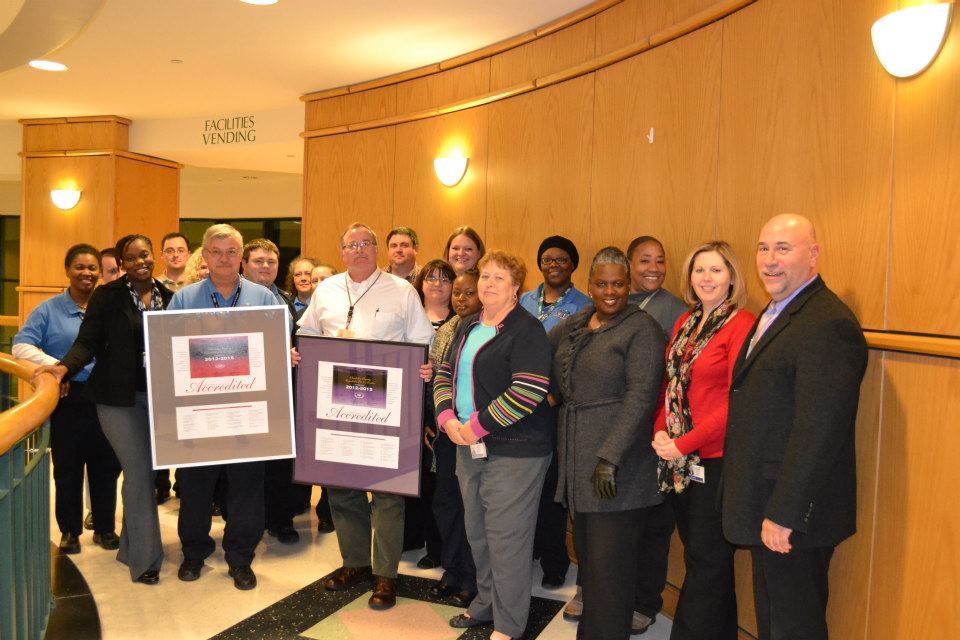 Sharon Martin was well into her emergency dispatch career when the Medical Priority Dispatch System™ (MPDS®) entered her world.

“After 17 years, asking all those questions was something to get used to,” said Martin, Support Services Manager, Charleston County Consolidated Dispatch Center, Charleston, South Carolina, (USA).

But get used to it, she did, plus some.

Martin no longer answers calls or dispatches response. Her focus hasn’t shifted—she is still dedicated to 911 and the calling public—but her emphasis is on helping new hires surpass what she has done in a career going on 24 years. She gives “kudos” and “high fives” to everybody working the floor and credits receiving dual medical (2012) and fire (2012) Accredited Center of Excellence (ACE) recognition as clear indication of their skill behind the controls.

“ACE is the confirmation that they are doing a wonderful job,” she said. “It’s a measure of our success.”

Charleston County Consolidated Dispatch Center began operations in 2009, and in 2013 it added the last of 10 911 communication centers destined to go under one roof (sending response to 15 police, fire, and EMS agencies in the consolidation). There are approximately 120 EFDs/EMDs in two shifts covering the largest county in the state, totaling 1,358 square miles, of which roughly one-third is water. A Consolidated Dispatch Board provides oversight. Jim Lake is the Center Director. 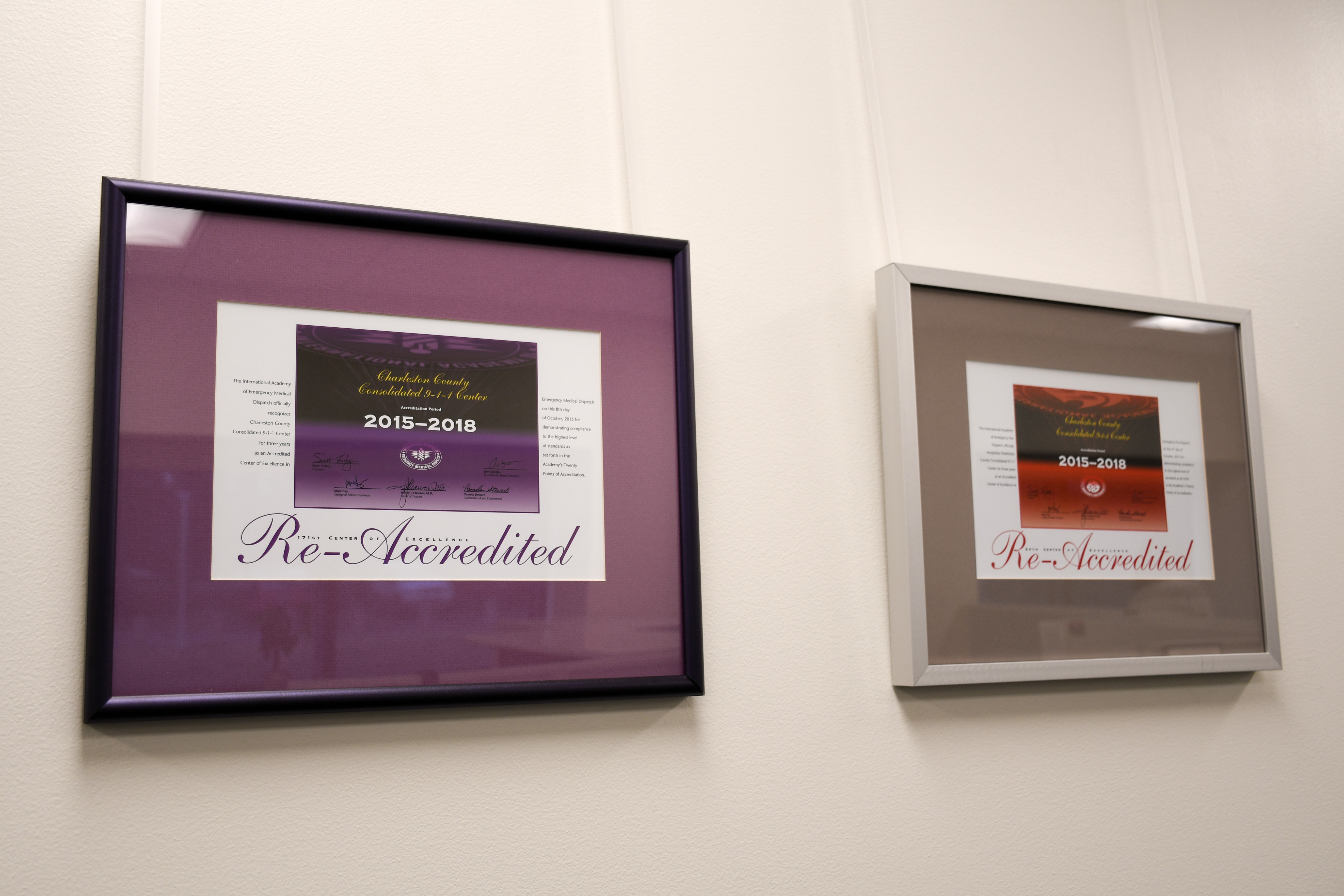 Consolidation, however, was more than just a matter of convenience. With Charleston County being among the nation’s fastest growing populations, the move to one facility made economic sense and put everyone in the area under the same best practices standard of care.

“With ACE, there is a level of care each person is going to receive, and that makes a big difference,” said Jason Scott, QA Supervisor. “People saw the benefit of protocol. They knew we were asking all the right questions.”

Admittedly, it was not an easy task getting everybody from 10 agencies on board for ACE, although it did help to put the onus on team participation. They have also enjoyed full support by Charleston County EMS Director Dr. David French.

“This was for us, this helps make us better,” Scott said. “No matter what your part is, mission matters.”

Achieving dual ACE was also part of the center’s strategic plan1 (December 2014) to accommodate the recognition that Charleston County is a great place to live and visit. According to facts and figures cited in the plan, the 2010 county census had a population of 350,209 residents, which by 2020 is expected to grow by 75,000 (for an estimated population of 425,000). About 13 percent of residents are age 65 or older, which is expected to increase by 50 percent in the next 10 years. An estimated 4.9 million tourists visit the area each year.

During the five years since the strategic plan was released, the emphasis has been technology to meet demand and NG911 benchmarks, and public education. New equipment, such as CADs, and furnishings were budgeted in a move to a completely new, dedicated building in 2013.

The public education program focuses on extensive outreach, and to meet its objectives, its manager, Sasha Vargas-Fimiani, organizes tours, visits schools among other public and civic organizations, and gives up her evenings and weekends to attend community events. #911 Team members are familiar voices and faces in the county, and they’re definitely not afraid to kick up their heels in support of Charleston County 911 (take a look at their Facebook page facebook.com/charlestoncounty911/). 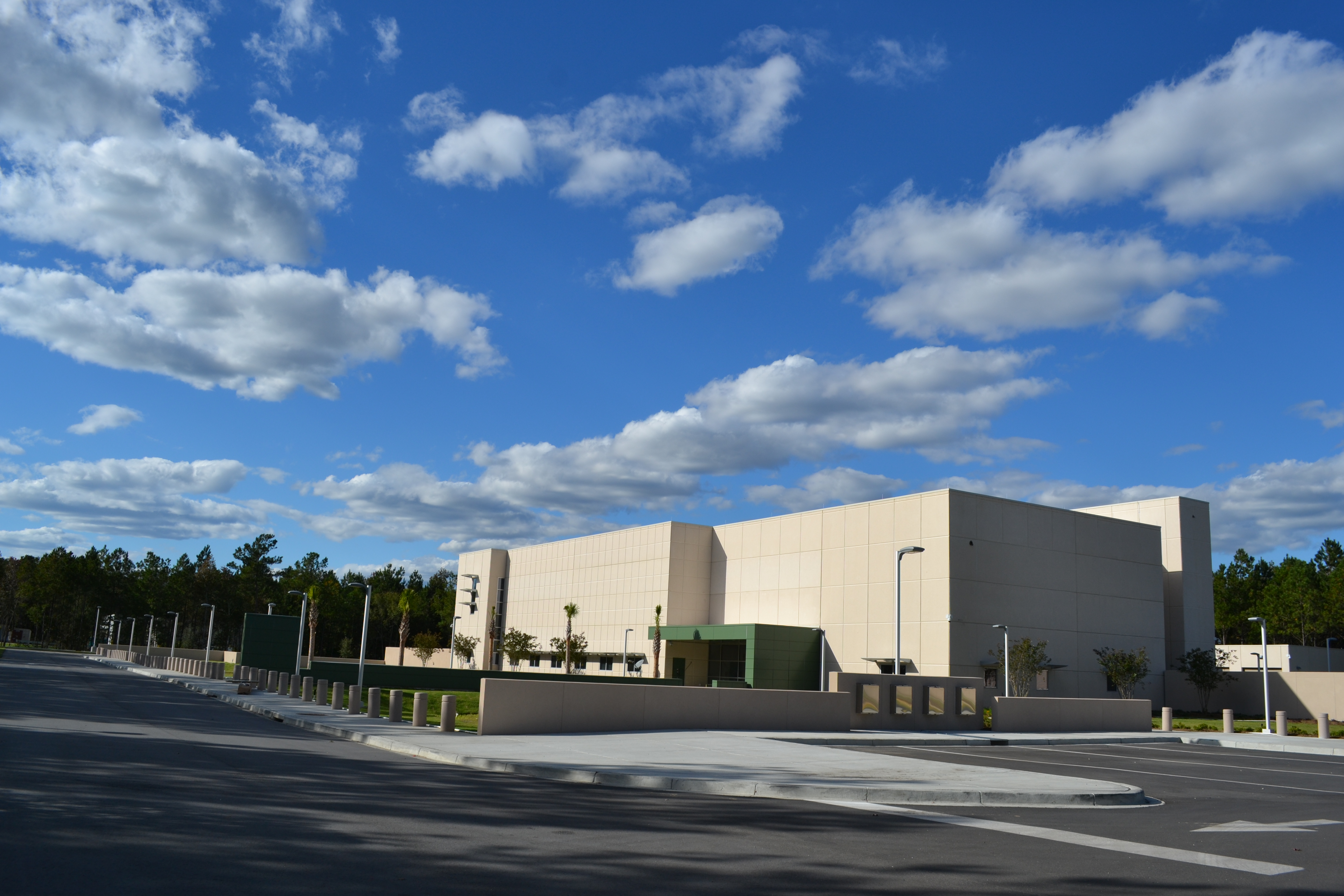 The atmosphere in emergency communications and in Charleston County has changed since Martin started in the profession, and that’s an understatement.

Newspaper stories in 1992 cited the same predicament other areas nationally were facing due to the recession—rising unemployment and a less than booming economy—and, specific to Charleston, bad weather. Tourism declined dramatically, at least temporarily, after Hurricane Hugo swept through the Caribbean and into the Carolinas in September 1989.

Emergency communications was not centralized, with centers dedicated to separate police, fire, and EMS entities. Martin answered a help wanted ad, got the job, was shown a chair, and given a brief lesson on what to do.

Then came the expansion of Charleston Port to attract international trade, a marketing campaign drawing industry and business and rejuvenating an area savaged by Hugo. The state spent millions to restore beaches along the 60-mile coastline studded with hotels and retail shops.

The “sit down and learn” training style has morphed into up to nine weeks of classroom training, depending on the trainee’s experience and background, plus another four months of rotating through the fire, police, and medical calltaking and dispatch responsibilities on the floor with an experienced emergency dispatcher. Everyone is dual-certified and will be tri-certified when the time comes. Continuing Dispatch Education is offered both in-house and off-site, such as through the annual NAVIGATOR conference.

Growth is good, Martin said, and, at the same time, challenging to counties struggling to widen roads, build schools, and provide community and public services.

“It makes our jobs much tougher,” Martin said. “The calls are nonstop, all day and night. It can get very stressful around here.”

The professional demands of emergency dispatch—stress, long hours, and holiday scheduling—added to lucrative employment opportunities due to commercial and industrial growth fuels constant turnover at the communication center. Strategies to attract and retain new hires and seasoned emergency dispatchers include a wellness program, creation of a quiet room for staff to use after a difficult call or otherwise take a break, exercise balls and small foot pedals at consoles, and a recruitment program that highlights the benefits of working for 911, including a fun-loving and dedicated staff.

Scott said realizing the potential of a career in emergency communications has kept him from looking elsewhere. He started at the center in 2011, and in the past six years he has risen to a supervisory position.

“The people who do this job have a strong emotional draw that 911 fulfills,” Scott said. “There’s also the sense of accomplishment drawing people to 911. The strong leadership lets us get invested in the way we want. It’s a sign of good management that recognizes both.” 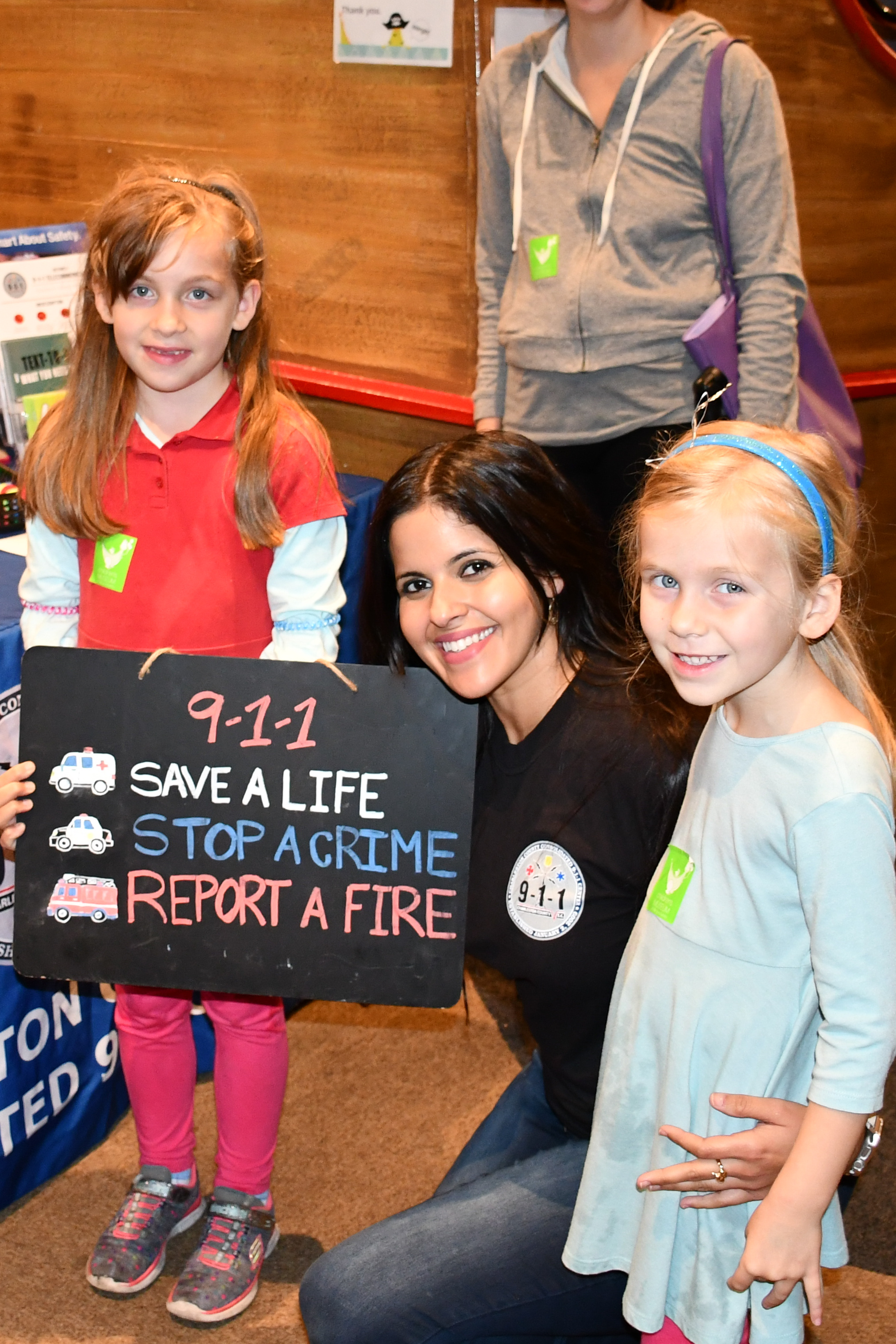 Charleston County has the charm of antebellum homes, history as one of America’s earliest and wealthiest trading ports, Revolutionary War and Civil War museums and sites (a single shot fired from Fort Sumter began the Civil War on April 12, 1861), and beautiful islands and coastlines.

The county borders the Atlantic Ocean and with so much water and so many tourists, it’s little wonder that water-related 911 calls from the beach, cruise ships, or from drifting kayak or paddle-board enthusiasts are year-round, although primarily concentrated during the warmer summer months.

“Movies are made here; our wedding season is big,” said Vargas-Fimiani, who has overseen the public education program since 2014. “It’s a wonderful city close to the ocean. People just want to be here.”