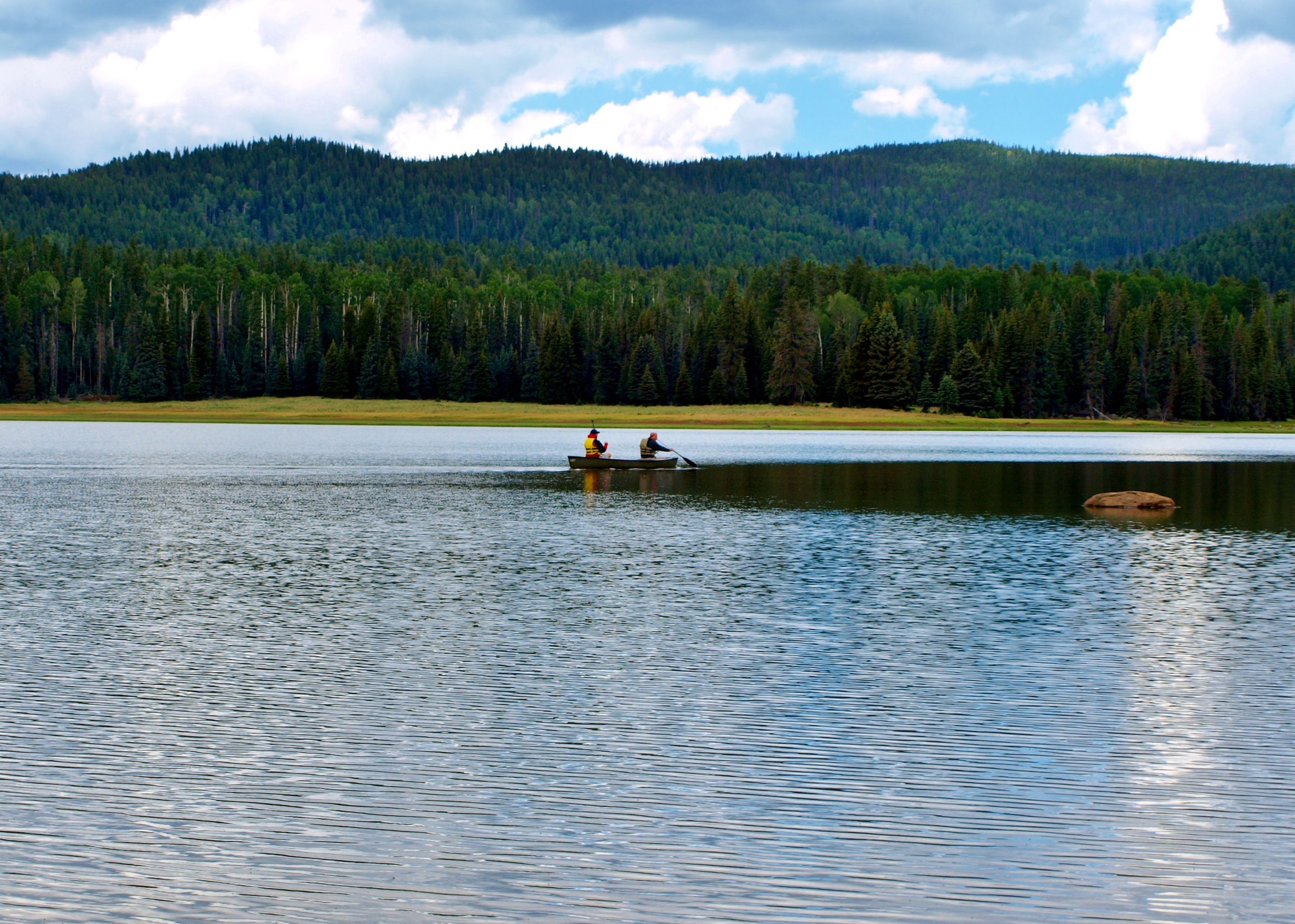 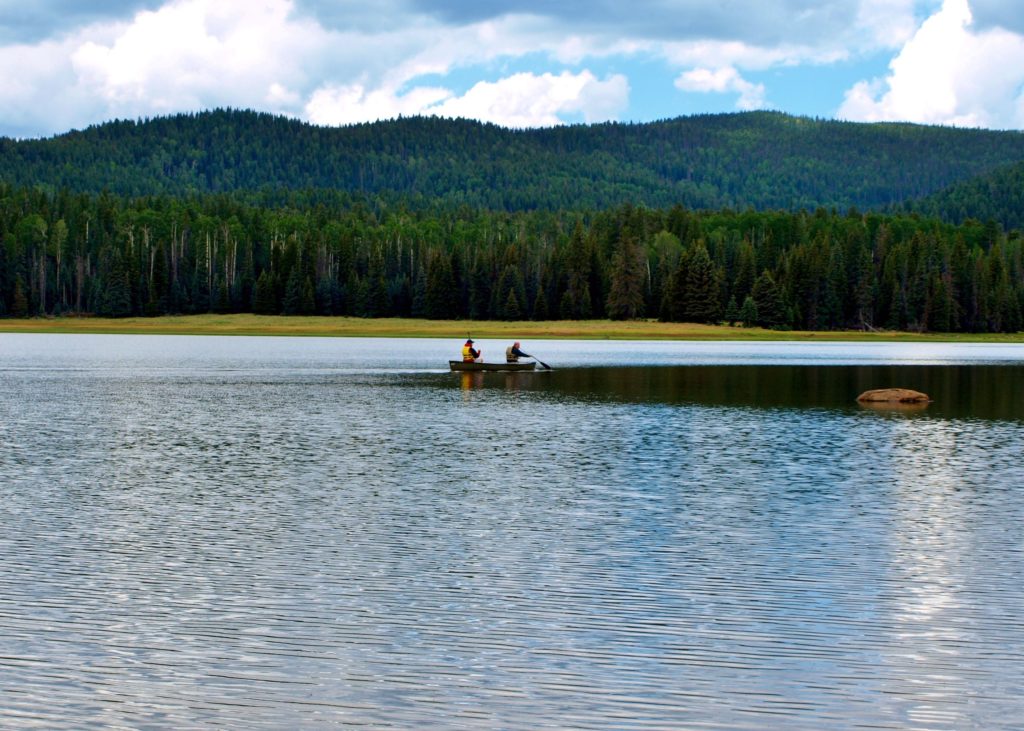 What’s not to like about Apache County in the northeast corner of Arizona (USA)? Not only is it the sixth largest county by land size in the United States and the longest, but it is also among the easiest landscapes to lose track of your tracks.

Or so you would think.

Tourists don’t get lost or stranded—to the point of calling 911—as often as you might guess, but it does happen a few times a year. After all, Apache County is a predominantly rural county measuring 11,218 square miles (29,050 square kilometers) and a prime destination for hundreds of tourists from around the world mesmerized by a land of enchantment. 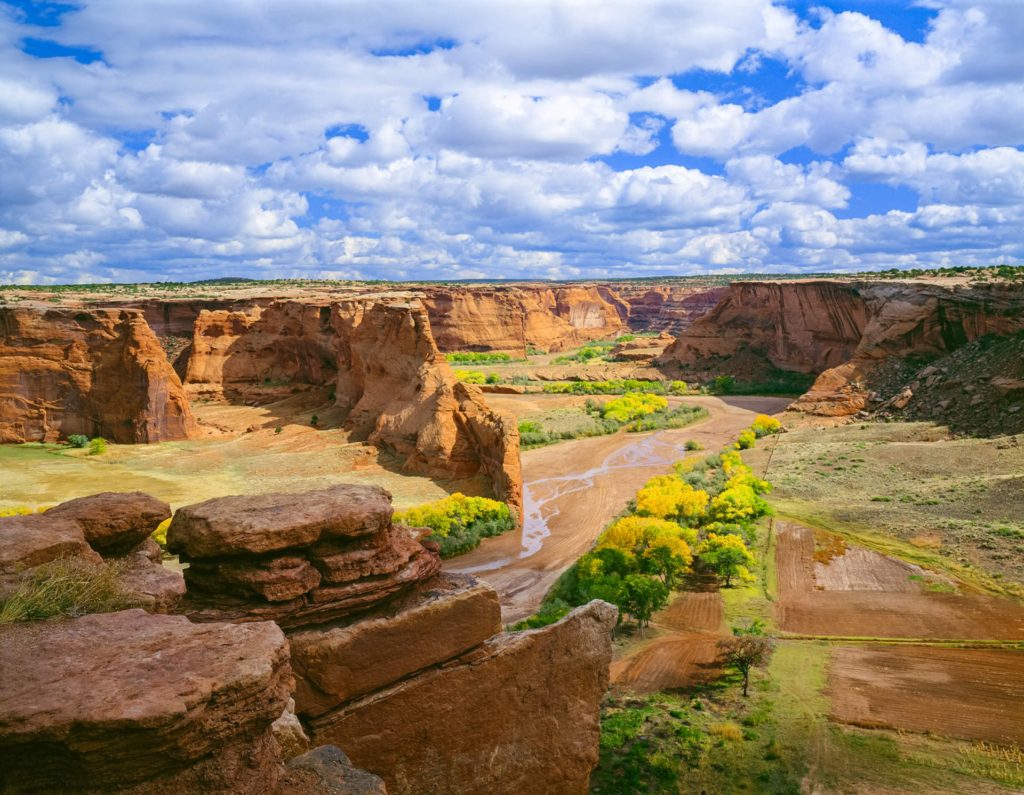 You’d be hard pressed to find the variety of terrain—and the associated outdoor activities—available year-round.

With so much to offer, lots can happen. Elk and deer cross roads unwary of traffic. Rock climbers fall. Photographers step a little too close to an edge of a bluff. Hikers sprain ankles. Travelers get stuck in snow (yes, it does snow in Arizona). A campfire left unattended sparks a fire in dry country. The high fire alert before late summer monsoons prompts red flag conditions—no campfires, no smoking. A campfire in the White Mountains in late May 2011 resulted in mass evacuations, and by the time it was contained in July 2011, it had consumed 840 square miles in Arizona and New Mexico.1

Despite inherent dangers, it is possible to find and provide response to anyone unlucky enough to fall victim to Apache County’s natural and unforeseen hazards.

The Apache County Sheriff’s Office in St. Johns always has at least two of the 10 full-time EMDs receiving emergency and non-emergency calls at the communication center and dispatching response using 10 different radio frequencies. They answer an average of 73,000 calls annually (11,800 of which are 911 calls) for Apache County and the associated three police departments, seven fire departments, and three ambulance companies. 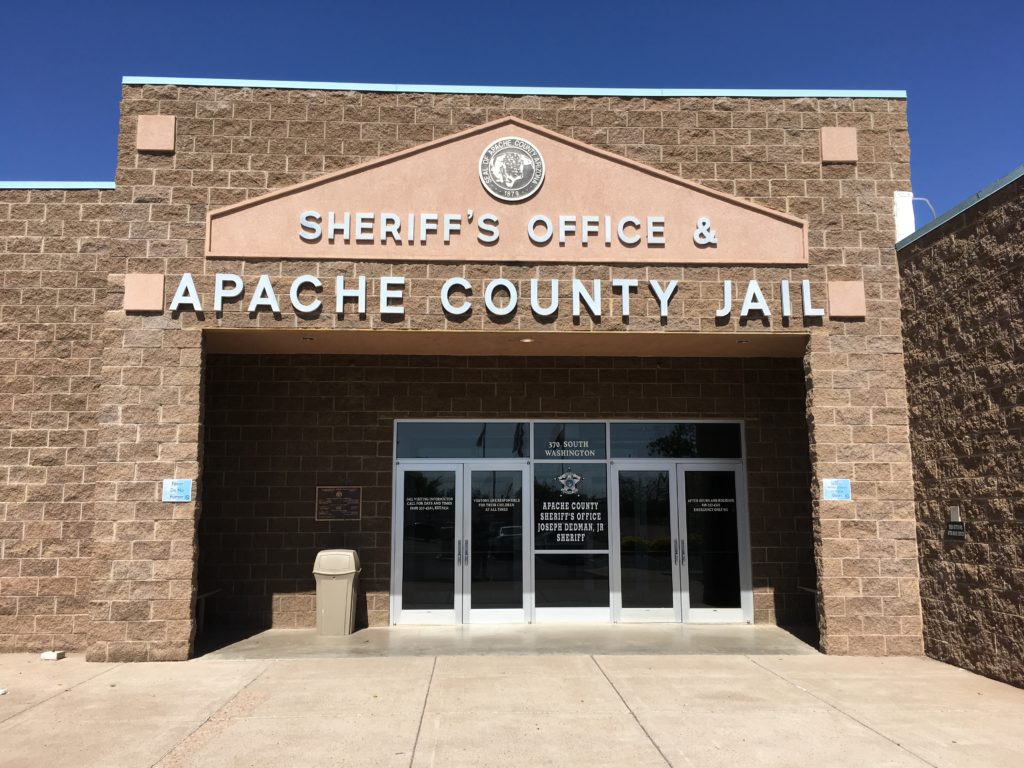 They assist the U.S. Forest Service and Arizona Game and Fish officers and coordinate volunteers of the Reserve Deputy program and the Northern and Southern Apache County posse as well as citizen groups organized for search and rescue.

Tourists are also responsible for their behavior and consequences, good and bad.

Safety in the outdoors takes preparation, and nothing says it better than a cautionary note on the Apache County website: Since the wild west will not change immediately to accommodate your lifestyle and expectations, you should prepare accordingly.

The hard part for dispatch amplifies rural living. Dispatchers must know which agency covers the relevant area, and the difficulty applies to residents and visitors.

Apache County is home to the 70,000 year-round residents scattered throughout on farms (the highest number of any county in Arizona), ranches, tribal lands, small towns, and isolated single homes and vacation getaways far from the clatter of urbanization.

There’s not always a clear answer to a dispatcher’s foremost question: “What’s the address of the emergency?” As in many rural areas, people have an address, but not really. Addresses are often based on landmarks, long-established family ties, and tradition. Roads are not always marked. Service levels vary according to property ownership and location.

The Apache County Road Department maintains about 800 miles of off reservation roads. An existing road that is not paved is likely to stay that way. The road department does not maintain rural property that is accessed by public easements (no grading or snow plowing), and property owners are responsible for the repair and reconstruction of roads damaged by natural disasters. If the property is not within an existing fire district, the property owner could be billed a substantial amount for the cost of a response to a fire or medical emergency.2 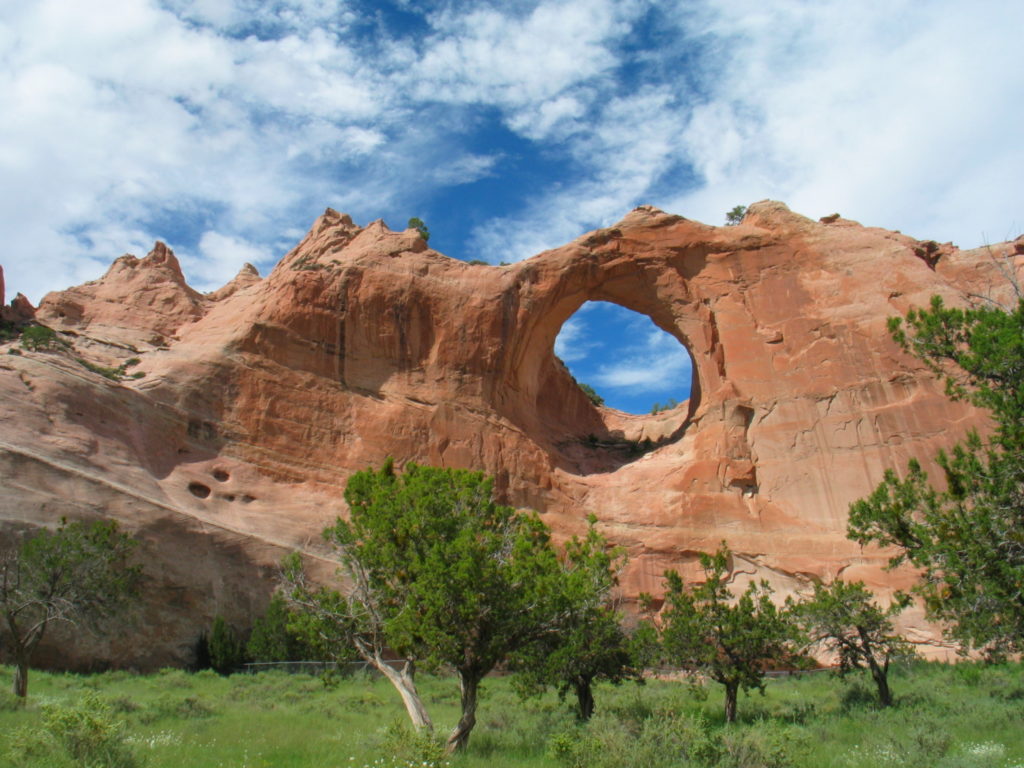 While 68% of Apache County is reservation, tribal land is accessible to non-tribal visitors with limitations. For example, the popular Canyon de Chelly is on tribal lands and managed by both the National Park Service and Navajo Nation. Anyone can drive to sightsee at the overlooks and hike the White House Trail without an entrance fee, a guide, or a use permit. Canyon hiking requires a backcountry permit and must be led by either a park ranger or authorized guide. Access is strictly enforced.

Calls made inside tribal lands—the area in the northern section of the county—are dispatched by agencies on the reservations. Response is a joint endeavor shared by tribal agencies, private ambulance services, and the county’s resources, depending on the situation and response type necessary for the given emergency.

Since tribal lands have their own addressing system—not the same as the county’s and not part of the county’s addressing initiative—Apache County emergency dispatchers rely on mapping software that provides location and assigns an address. The information acts as an aid for response and does not conform to the county’s existing numbering system.

OK, so it sounds like rural living might not be for everybody used to urban amenities. For many, however, urban living doesn’t hold a match to the amenities of rural life.

Coffelt grew up in Apache County and went away for college thinking the way most people his age do—it’s time to leave and see what else the world has to offer. Then he remembered the hunting, fishing, and snowboarding and being in a town where he had friends since kindergarten.

“I like a rural area,” he said. “It’s a great place to raise a family. You can get to know the people. You feel connected. It’s small-town life. You know them. They know you.”

The one drawback in small-town rural living, particularly in EMS, is the high probability of helping someone you know who is in distress. Coffelt considered that when he started his dispatch career in 2014, and the 911 call from a family friend—someone he had known all his life—simply reinforced why he loves the job. 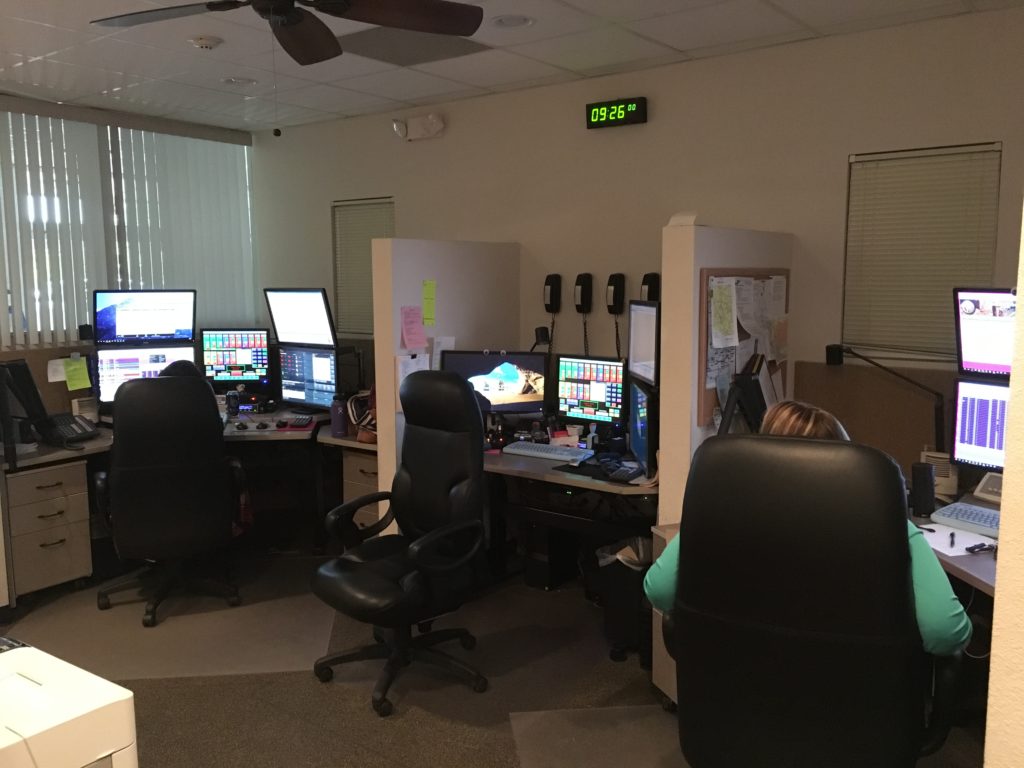 “You do everything you can do,” he said. “It’s tough, but your conscience is clear. You were there for the person and did everything within your power to help.”

No matter where the calls come from, and no matter who in dispatch picks up, there’s one universal standard that applies in the profession. It’s not the adrenaline boost or expectations of a day that’s nothing like the last. Those are factors, Coffelt said, not the end-alls.

“We affect people’s lives,” Coffelt said. “Because of our assistance, people get the chance to see their families again. They can be given another chance. That’s a powerful thing. We’re doing something that at night we know made a difference, and what we’ve done is important.”