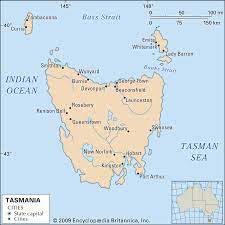 Sean Perry thought emergency medical communications would be more doom and gloom than hopefulness and optimism. But that was until he was on the job and had the opportunity to deliver a baby with a little help from his dad, Grant Perry.

Back up 20 years. Sean is six years old, and his father takes a seat at the Tasmania State Operations Centre. A great job—desirable and well-paid although never an easy one. Dad seldom talked about work, and Sean was well aware of the shut door home rule. Don’t go near. Dad is resting.

“I knew what was going on from time to time, but not the specifics,” Sean said.

Though Sean doesn’t mention his adoration for his dad and his work, it is clear from watching them and listening to them talk to one another. Grant recommended Sean apply. Sean took his dad up on the suggestion.

Sean completed six months of training, became a certified EMD, and was growing well-accustomed to answering a variety of triple zero (000) calls. Not all calls are life-or-death situations. There are a lot of falls, sick people (Protocol 26), traffic accidents, and the occasional CPR for cardiac arrest. Sean was confident. He was mastering the use of the Medical Priority Dispatch System™ (MPDS®). He was never dependent on his father’s assistance on the job, although he knew his dad was close if there should come a time. Sean sits in a console in front of his dad’s, and that’s where the story actually begins.

Sean answered a baby delivery call (Jan. 25, 2021) exactly two months after he had signed off training. The soon-to-be-dad was in the lounge room at home, with the soon-to-be-mum, who had gone into early labor (six weeks before the due date). Sean said the dad sounded calm. All’s well until the part Grant said generally hits the dad’s alarm button. The baby is crowning. Dad would prefer to open the door to response and step aside.

Of course, that wasn’t the case here. The baby was moving fast. The father did keep his cool, as did Sean, though he signaled for a little reassurance from the man behind him. “Dad, I think I’m about to deliver a baby,” he said quietly. This was the first time Sean called Grant “Dad” in the workplace, since as co-EMDs they are on a given name basis.

Grant was there in an instant. Sean was doing an “amazing job,” Grant said, but there was minimal bleeding, which was part of the birthing process.

Sean brought the baby girl into the world and, no doubt, Grant couldn’t have been the prouder of the two dads.

“Delivering a baby with your baby is special,” Grant said, and certainly a unique experience not often shared among fathers and sons during a day’s work.

COVID-19 restrictions and the 300 kilometers (180 miles) between the couple’s home and the operations center prevented face-to-face introductions. Instead, the new mum and dad took to the phone and thanked Sean for keeping a level head during their emergency. Sean was gratified that everything went “swell.”

Grant started his health care career as a nurse, worked as a volunteer ambulance officer responding alongside a qualified paramedic, and, in 2001, transferred to the operations center. The opportunity, he said, “was something he couldn’t pass up.” He is a team leader in quality assurance and a ProQA® and MPDS certified instructor. He was the IAED™ Australasian Dispatcher of the Year in 2014.

An EMD, Grant said, does make a difference in someone’s life. Apparently, Grant’s dedication to “always do my best” to make that difference rubbed off on his son. Grant will pass the torch to Sean and, who knows, maybe a third generation will take it from there.

Tasmania is an island state of Australia, about 240 kilometers (150 miles) south of the state of Victoria. The Tasmania Operations Centre is co-located with Ambulance Tasmania's State Headquarters in Hobart. The center dispatches ambulance care and transport services and non-emergency patient transport services through a network of 53 urban, rural, and remote ambulance stations.