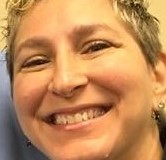 Editor’s note: Lenore Brady was among 40 emergency dispatchers describing their experiences on Sept. 11, 2001, as featured in the “Voices of September 11” documentary. The video was produced by Kevin Willett and his partners at PSTC. The video is available at https://shop.911cares.com/VOICES-OF-SEPTEMBER-11th-FULL-LENGTH-DVD-VOICES-FULL-DVD.htm. The following story was written for the 20th anniversary commemoration, and separate from the documentary.

Lenore Brady’s husband, Chris Brady, called his wife to roust her from sleep despite her late-night shift at the Jersey City (New Jersey, USA) Fire Department (JCFD) communication center. That was strange enough, her husband calling shortly before 9 a.m. and then to have him suggest she watch TV. 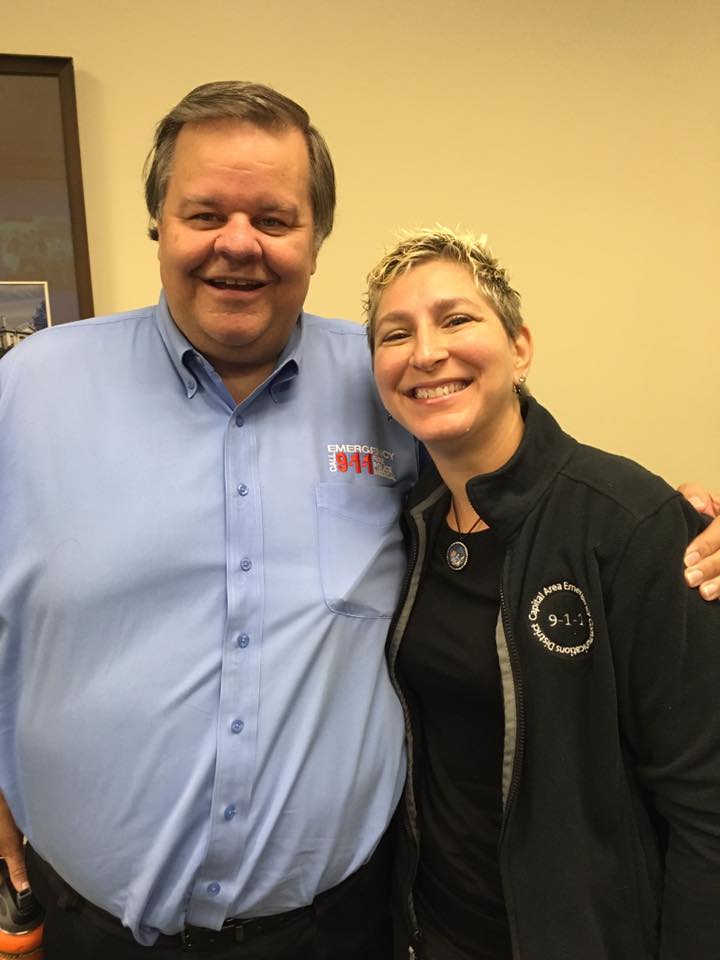 Something was going on.

She turned on the set just in time to see a commercial jet liner careen into 2 World Trade Center (the south tower). Seventeen minutes earlier, at 8:46 a.m., the first plane had crashed into 1 World Trade Center (the north tower), and Chris, a shop mechanic for the JCFD, was among the first to ready equipment for fire apparatus reporting to the scene. Jersey City is closer physically to the borough of Manhattan than the four other New York City boroughs.

His call to relay the news was the last she heard from him that day.

Not one to sit and wait for what was to happen next, Lenore climbed into her car and drove to Giants Stadium, a sports and entertainment venue demolished in 2010, across the Hudson River from Lower Manhattan. The smoke billowing from the south tower mesmerized her—“this can’t be happening, it was surreal,” she thought to herself—and then her cell phone rang. Her supervisor, Matt Ziemkiewicz, demanded she come into the center. A state of emergency in Jersey City was declared along with the activation of the city’s emergency operations center. It was all hands on deck.

The crash into the tower, the smoke, and flames were the last Lenore saw of the day’s events. She spent the next 10 hours in a communication center without a TV or radio, windows so high on the wall it took a chair and standing on tippy toes to see out of them, and no direct contact with what was going on outside.

“After the second crash, I saw nothing,” she said. “With something like this, what can you do? We were making it up on the fly. We had to do what had to be done the best we knew how.”

JCFD emergency dispatchers did not answer 911 calls from the tower or any other civilian emergency calls. They dispatched units to Lower Manhattan and kept a spreadsheet to document the number of uniformed casualties transported to the Jersey side for medical treatment. The list was updated periodically at the dispatch center and forwarded to the FDNY.

Lenore remembers the hours as a blur of moments. Snapshots, like a dream, she said. Pieces of a puzzle not quite fitting together.

“There’s not much I remember from that day,” she said. “I kept to my job, sometimes thinking this is not a day I am actually going through.”

Driving home only added to her disbelief. Traffic lined up for miles, vehicles crawling on the roads, due to a credible threat (e.g., bomb, chemical, biological, fire attacks) following the attacks that slowed cars to the pace of a parking lot. Lenore switched on the TV as soon as she got home and inside the door. “How can you do that?” her husband Chris asked. Hadn’t she had enough of the day?

Yes, she had a tough day, every bit as chaotic as his, but her work was removed. She was not up close. He had watched the TV and listened to the radio. In his scramble to deliver equipment, he saw people running from the towers and firefighters abandoning vehicles parked near the buildings as they collapsed on the streets. He heard the voices of panic, frustration, and fear. His was a race to help firefighters on a day beginning with skies so clear that you could see the twin towers standing in all their iconic glory across the Hudson River—until the catastrophic attacks.

Lenore had the luxury—or maybe the sheltered environment of a communication center—of thinking, “Well, maybe this really didn’t happen.” Her logical side realized that this was probably true, but her emotional side needed convincing. And that’s why the TV. She was incredulous until watching the events unfold. “It was so unbelievable,” she said. “Seeing it, I knew it happened. It was my proof.”

September 11, 2001, hit closer to home with the death of JCFD Dispatcher Joseph Lovero. He was a true firefighter advocate, enthusiast, and support staff. He was past president and current member of the Jersey City Gong Club, a group of volunteers offering canteen services (refreshments) to firefighters, fire victims, and other emergency service personnel following fire calls.

“He was a fire buff. He was our direct connection to the fire department,” Lenore said. “He got off work [at the communications center] that morning and asked for a ride in to help. He had always wanted to be a firefighter. He finally was able to get involved to help in the way he wanted.”

Lenore’s emotions regarding September 11 surfaced days later. She and Chris, certified scuba divers, were participating in a voluntary lake cleanup, and at the end of the dock—at the end of their day—was an American flag silhouetted against the sunset and mirrored on the lake. She could hardly breathe.

“That was the moment I cried,” she said. “I allowed myself to grieve. It was the output of the stress, strain, everything coming out and having a moment when it wasn’t being held back by life.”

Lenore has since left New Jersey. She is a 911 Telecommunications Specialist Senior for the Travis County Sheriff’s Office in Texas (USA). She and her husband did not leave New Jersey because of September 11, 2001, and during the 20 years since, she rarely talked to anybody about her experiences that day. There were a lot of details she said she didn’t take away and hold.

“The world around us was crazy and we were doing all that we could to maintain,” she said. “We learned from it. When something happens, just go with it. Do your best and go with it.”

(See related story to be published about Joseph Lovero as part of the Journal’s series on 9/11.)