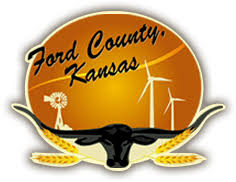 Living in a small town has its advantages. The person behind the register at the grocery market might be a someone you’ve known since kindergarten. You consider at least five more people shopping in the store as friends. The first-grade teacher taught two generations of your family. People passing you in their car give an automatic wave.

Those are just some of the great things about growing up in a small town. It can feel like you’re part of one, big, extended family (with all the ups and downs).

The same ups and downs apply to emergency dispatchers working in a rural area. There’s the satisfaction and reward of helping people, saving their lives. On the downside, is the emotional turmoil of someone you hold close - or only know in passing - experiencing a trauma.

“When you know every single person in town, the likelihood of getting a call from someone you know is basically 100%,” said EMD Adrianne Miller, Ford County 9-1-1 Emergency Communications Center (ECC), Dodge, Kansas (USA). She has been an emergency dispatcher for 24 years and has lived in Ford County for most of her life.

Recognizing the voice and making the personal connection increase the emotional impact.

“You have to put your emotions aside and put the appropriate agency in response,” said EMD Connie Olson, Ford County 9-1-1 ECC and life-long resident of Ford County. “Knowing the person adds another layer to the emotions.”

Three years ago, Ford County emergency dispatchers were confronted with a situation with such critical impact that it literally changed the way they operate.

In 2017, Miller answered a call coming in on a non-emergency line. Miller recognized the voice. She was a police officer and former Ford County emergency dispatcher. Her husband had opened the front door at their home to the body of their 14-year-old son, dead from a self-inflicted gunshot wound. He pleaded that his wife—the police officer—stay outside. She refused.

All Miller could do was hang on to the call. They had no protocol. She had nothing she could say. Listening to the trauma at the home, trying to dismiss an image developing in her head of the tragedy, and waiting for response to arrive were her only devices.

To say it was the hardest call she had ever taken is an understatement. She was removed from the scene visually, and yet connected by what she heard. She listened to their agony. She felt helpless.

Ford County 9-1-1 ECC Director Elliot Linke listened to the call when he arrived at the center the next morning. Linke, a former paramedic in Colorado Springs, Colorado (USA), immediately recognized the toll critical calls can take on an emergency dispatcher, singularly and cumulatively.

“It was difficult listening to my dispatcher with so much pain in her voice,” Linke said. “Getting her help was paramount. I promised Adrianne, my entire staff, that they would never feel that helpless again.”

Linke set up counseling on demand that staff can access at no charge and implemented Priority Dispatch® Medical, Police, and Fire Protocols. He constantly walks the communication center floor, greeting everyone, and checking to make sure they’re okay. He believes there’s a “huge mistake” in categorizing the effects of trauma on a single perspective.

“We can’t get into the trap that says since they didn’t see it, why should it bother them?” he said. “No one can judge the impact of trauma on another person. The only one who understands is that individual.”

Fourteen years in emergency dispatch has deepened Olson’s insight into the joys and pain of living in rural America. She comes to work knowing she’ll recognize the voices. She can associate many good memories of growing up in Ford County while, at the same time, feel despair from the 9-1-1 calls involving suicide, domestic violence, drug overdosing, and now COVID-19 fears among people she knows personally or the brothers and sisters of friends and family.

“You just can’t sweep it under the rug,” she said.

Olson dispatched for 10 years before protocol arrived at their center in 2017, shortly after Linke took over as director. The adjustment to protocols was extremely hard, she said.

“We had our own way of doing things,” said Olson, who’s in charge of the center’s QA/QI. “We had to learn to trust the protocol.”

Miller had 20 years of habits to break. She said the protocols provide reassurance to her and the caller and PAIs can influence a positive outcome.

“They wouldn’t have changed the outcome of what happened, but not having the gaps would have made a big difference,” she said. “There was absolutely nothing available. I waited until the officers arrived and then had to go on to the next call.”

Ford County 9-1-1 ECC is not the same place it was before Linke’s arrival. In addition to offering counseling and implementing protocols, he oversaw the construction of the building housing dispatch and Ford County Emergency Department. He updated the CAD system, switched to a digital radio system, and launched into technology facilitating Next Generation 911. He admits to bumps in the road, which he said further proved the tenacity of core staff.

“Great dispatchers,” he said. “To rebuild and take the tough calls are a testament to the people working here. It’s them. I get to sit back and ask what they need.”

Editor’s Note: Seven teens in the age range of 14—19, committed suicide in Ford County and Dodge City in 2018. In Dodge City, during the same year, there were 16 attempts and four suicides.1 According to the American Foundation for Suicide Prevention, based on 2016 data, Kansas ranks 15th in the nation for suicide. According to the Center for Disease Control and Prevention, the state has experienced a 45% increase in suicides from 1999 to 2016, the fifth largest increase for the time period in the country.2 In spring 2018, Kansas Attorney General Derek Schmidt, in response to an increasing youth suicide rate and in cooperation with the Tower Mental Health Foundation, created the Youth Suicide Prevention Task Force. Kansas Youth Suicide Prevention Task Force State Report December 2018 is available at https://www.ag.ks.gov/docs/default-source/reports/ysptf/2018-youth-suicide-prevention-task-force-report.pdf?sfvrsn=33bcd01a_4